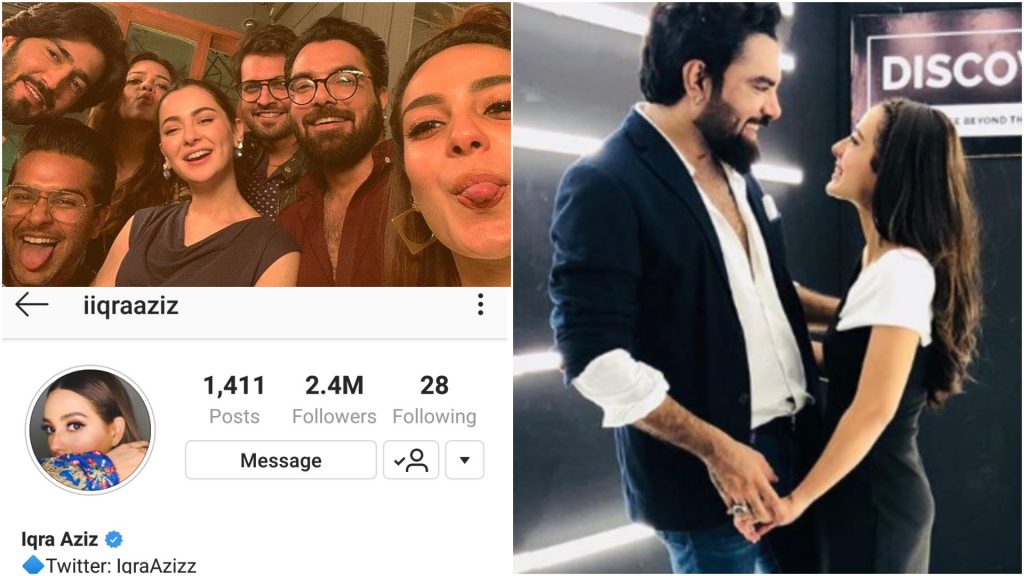 After the little tiff between Yasir Hussain and Hania Amir, Iqra Aziz unfollowed almost everyone on Instagram. 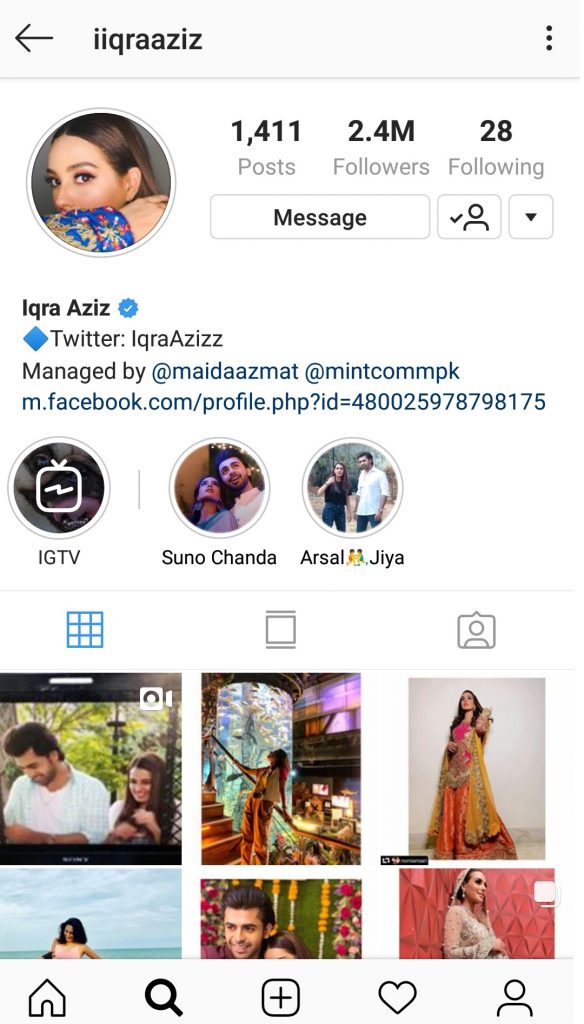 She is now following only 28 people, majority of which are her fan accounts, Sonam Kapoor, Deepika Padukone and her very ‘appropriate’ beau Yasir Hussain. She even unfollowed her current co-stars including Imran Ashraf who she’s been working with in Ranjha Ranjha Kerdi and Farhan Saeed who she’s been working with in Suno Chanda. She even unfollowed Asad Siddiqui, Zara Noor, Hania Amir and Asim Azhar who she often used to hang out with before the little incident.

But it just doesn’t end here, Zara Noor, Asad Siddiqui, Hania Amir and Asim Azhar too unfollowed Iqra after she unfollowed them, ooof one Yasir Hussain and so much drama!

When a fan asked Imran Ashraf about his thoughts on Iqra Aziz unfollowing him, his reply was a great example of how to deal with things:

Even though #IqraAziz is no longer following #ImranAshraf on #Instagram, the #Bhola star stays true to his humble self and says he is Iqra's actual fan and will continue to follow her 💕 @iiqraaziz @imranashrafawan

Yasir Hussain on the other hand is still following all the people mentioned and has not unfollowed anyone yet. Fans have been really disappointed with Iqra for doing so, and to be very honest, even we think its bad timing: 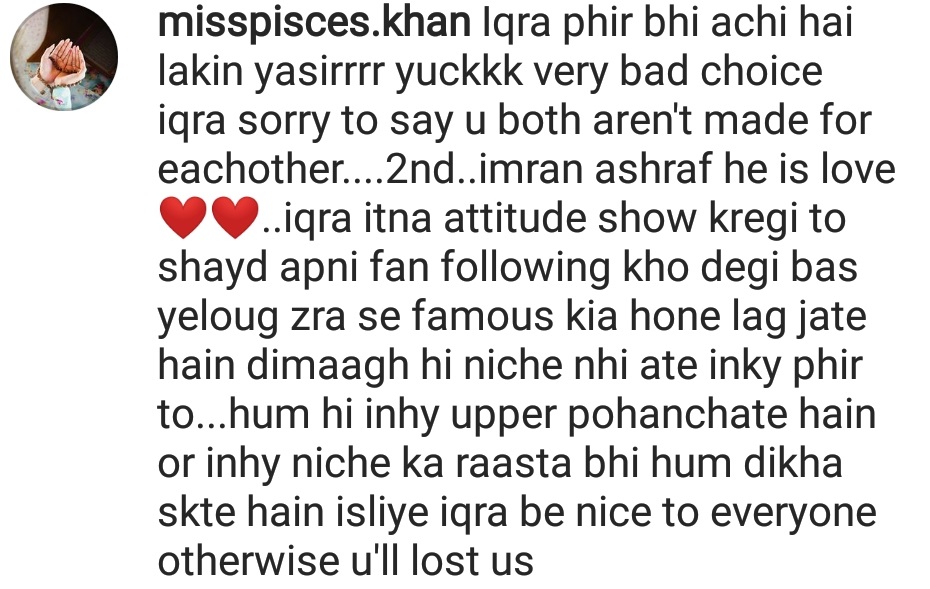 This act of kindness by Ibis Dublin is everything you need to read about today!