Adding another feather to their cap, filmmaker and producer duo Nabeel Qureshi and Fizza Ali Meerza are currently attending the Asian Film & TV Week, where their film Load Wedding is all set to screen on this week.

Starring Mehwish Hayat and Fahad Mustafa, the film exploring dowry and societal pressures is being screened as part of the film corner at the Conference on Dialogue of Asian Civilizations (CDAC), which is being held from May 16 to 23 in China.

Opening the event, Chinese President, Xi Jinping, welcomed guests and dignitaries which included the President of Sri Lanka, the King of Cambodia, and President of Singapore,  along with the premiers of Greece, Armenia, and the Director-General of UNESCO.

In the list of filmmakers and celebrities attending the event, some of the major names include Bollywood’s Aamir Khan and Iran’s Majid Majidi, amongst others who are present to represent their respective countries.

Representing Pakistan, Load wedding will open the festival in Guangzhou on 17th May, along with a screening in Beijing on 18th May, among many other popular films from the region, including Dangal, Children of Heaven,  and Taare Zameen Par.

“We’re very happy that Load Wedding is opening the festival in China,” Nabeel told Diva. “It’s a big thing for us and the Pakistani film fraternity that we’re representing the country here.” 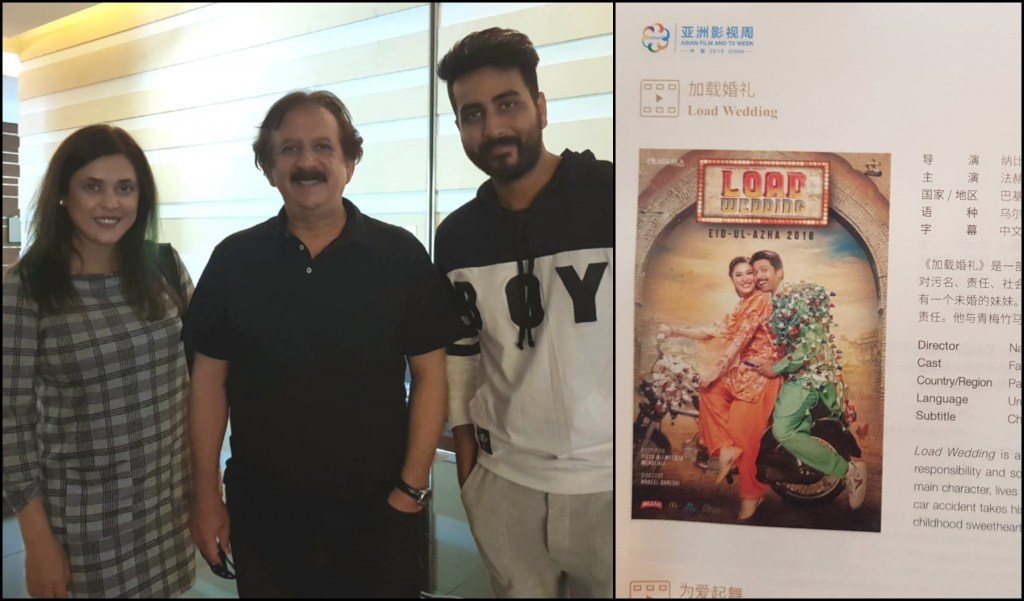 Now, isn’t this a proud moment!

What do you have to say about this achievement? Tell us in the comments section below!