Comedian Shehzad Ghias Sheikh made satirical posters about Mard March and the internet is loving it!

After the success of Aurat March, male tears were everywhere on the internet. Some Aurat March cynics decided to have a Mard March because their masculinity is just so fragile that a few placards could destroy it… Men too, like women put forward a series of posters which included struggles they face on a daily basis and no, they’re genuinely grave problems. Check a few out below

As soon as their ‘extremely grave’ issues were put forward, people were not having it!

#MardMarch, because some men get their panties in a twist over women exercising their right to speak out for one goddamn day.
Oh, did I say panties? I mean boxer briefs. Manly boxer briefs. So man, much wow.

Did their placards offend you? It's just locker room talk.

What delicate little flowers Pakistani men are. If they can't murder women with impunity and harass them in the street and oppress them at home their sad little dicks might fall off. Wankers.

Osman Khalid Butt wrote a whole thread on why the Aurat March was necessary, and everyone should read the thread right now!

Far as the twenty odd placards from the Aurat March circulating online are concerned, some of them don’t mean what you think they do, some are obviously photoshopped, and some are satirical & borderline crude.
(cont'd: this is now a thread)

For some, Mard March meant dissing women and this guy won with his tweet!

Where are these #MardMarch lot on 19th November? Ajeeb. Contact me then and I will give you posters on actual issues and not for dissing women.

Amidst this, Shehzad Ghias Sheikh won the internet with his befitting replies to the posters put forward by Mard March, because all men matter. 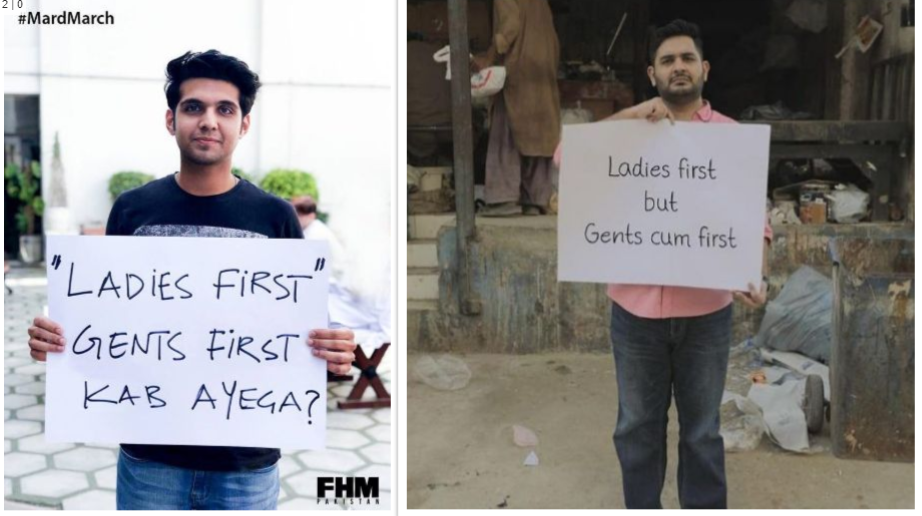 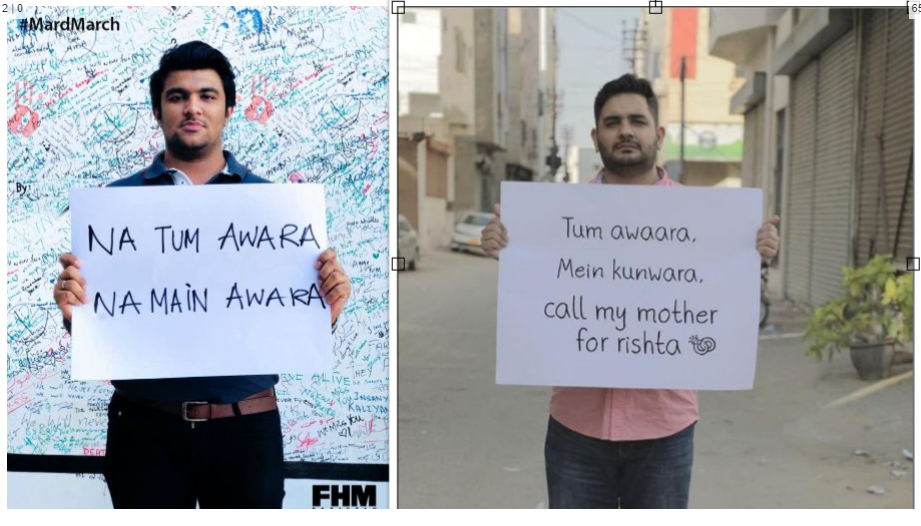 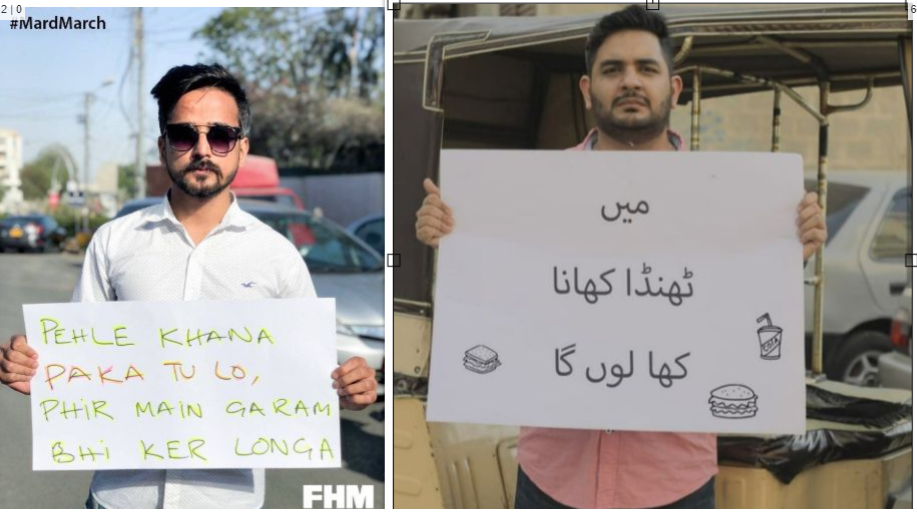 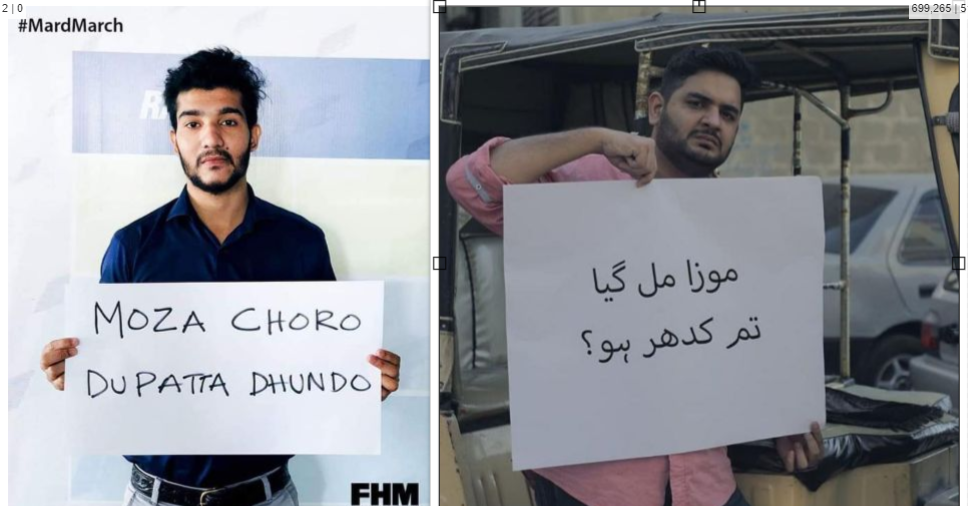 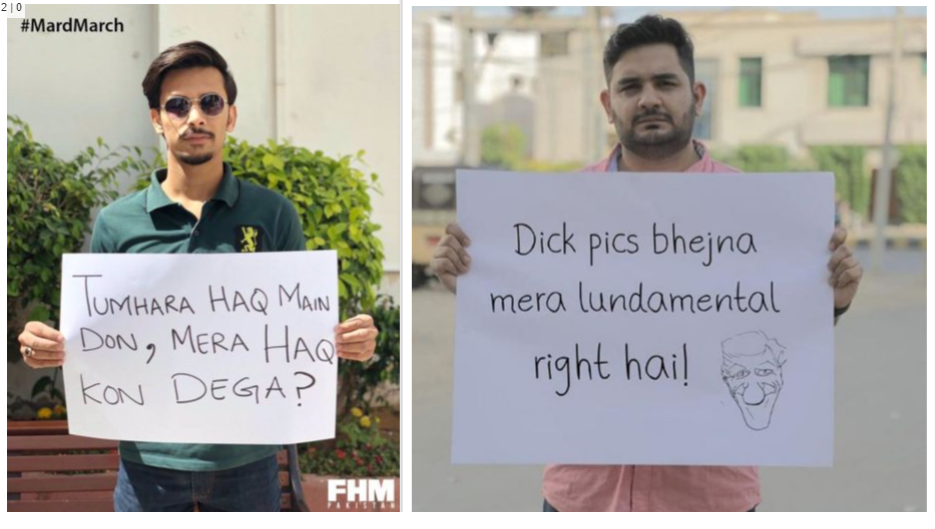 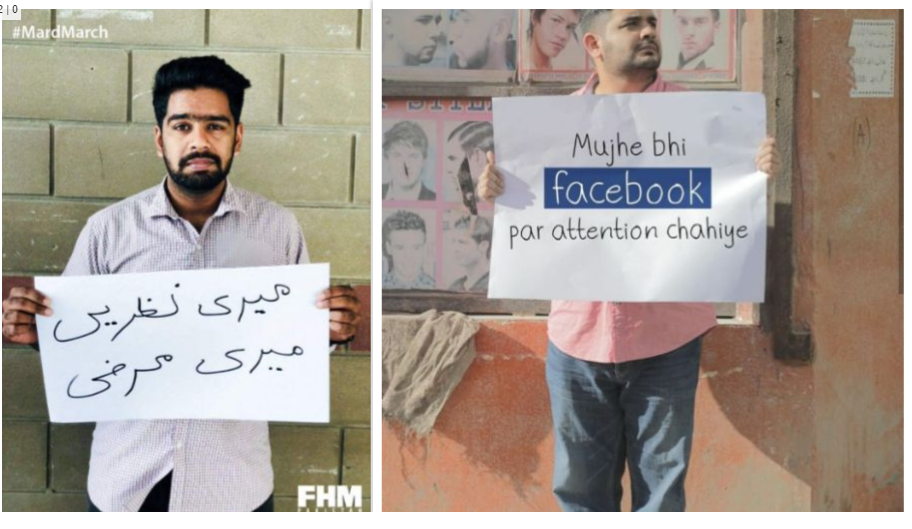 As a Pakistani man, I am sick of pretending I support Aurat March. Women in Pakistan have finally gone too far by stepping out of their houses and onto the streets. God forbid if more women see this happening they will all want their fundamental rights. I do not care if women are seen as equal in other countries. Our society is built on decency, tradition, custom and culture. We have to uphold these values, even if it means dying to protect them. By 'we' I mean women. If Pakistani women manage to bring liberal western culture into Pakistan and acquire the right to choose their husbands it will be the end of times. Have you seen Pakistani men? Who will choose to marry us? We need to continue subjugating women and encouraging child marriages to protect the institution of marriage. One of the co-authors of the Pakistan resolution, Mr. Orya Maqbool Jan, has already informed us that Aurat March was a bunch of gays and lesbians. We cannot let lesbianism come into Pakistan. If women find out they can receive pleasure during sex too that will be the end of any Pakistani man ever getting laid. Our fellow brothers heed this warning and act now. If women go online and discover black porn they will all leave us. Who wants to travel in a Mehran after watching a Limousine drive? First they came for Ali Zafar and I said nothing because I am not Ali Zafar but now they want us to also not send unsolicited dick pictures. They just want to outlaw flirting altogether. Why does nobody ask them? If you do not want dick pics, why are you on Linkedin anyway? I thought Linkedin was for jobs. Ignorance is bliss. Why can't women remain blissful and unaware that they too have fundamental rights? We created a nation by marching against the British but that does not mean women have a right to march in this nation. I will continue throwing words like religion, culture, decency and values around because in all honesty I am scared us men will not be able to continue benefiting from women's unpaid labour. (Continued in comments) #satire #satiregram #mardmarch #auratmarch2019 #auratmarch #mardmarch2019 #politicalsatire #satired #sgs #socialpakistan #troll #lahore #pakistan #karachi

People are replying Yasra Rizvi with their shayiri and it’s hilarious!

Pakistan won its very first Kabaddi World Cup and the nation is celebrating!