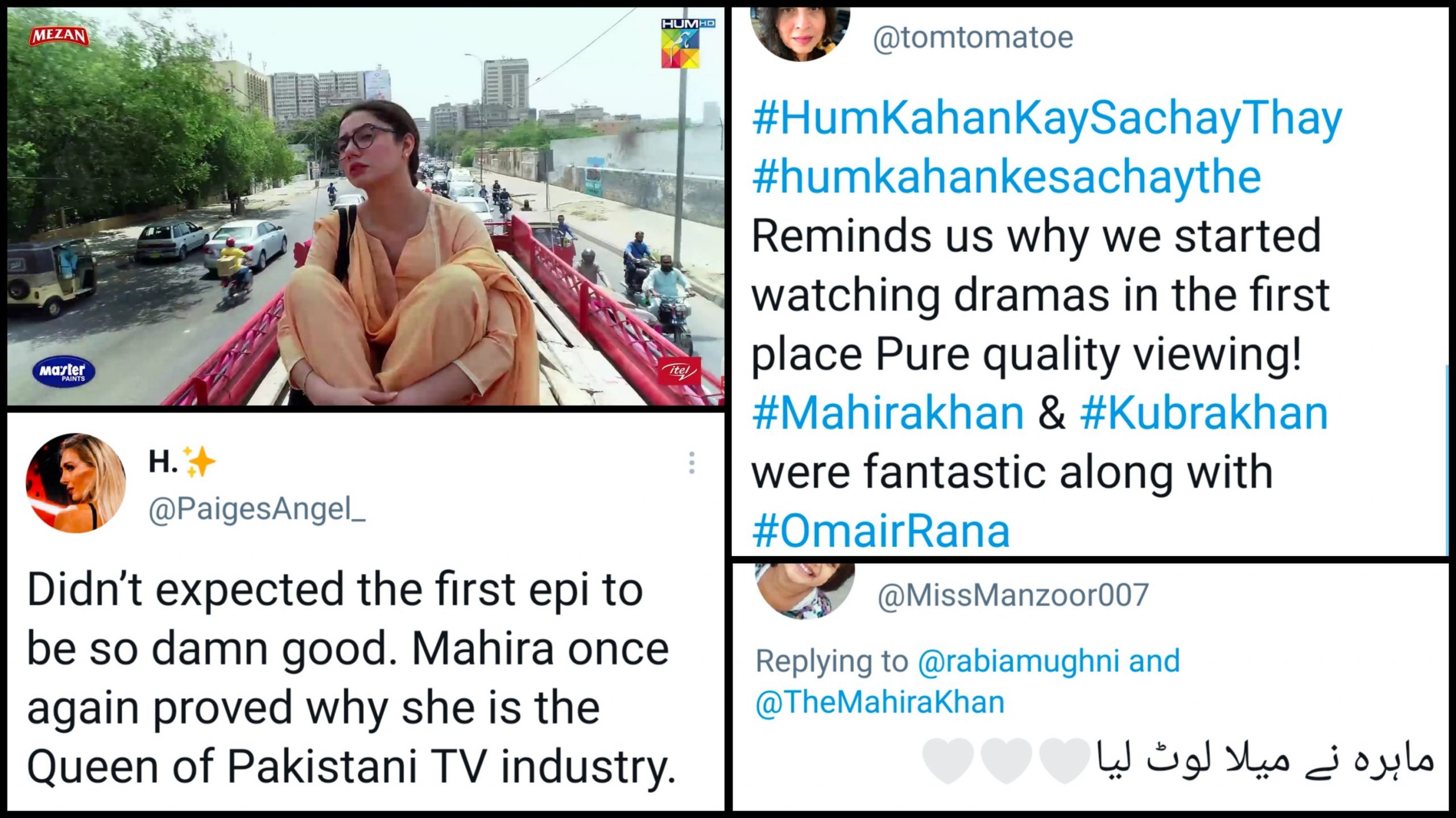 Last seen on TV screens in 2014 with Sadqay Tumhare, Mahira Khan broke the 7 year-long hiatus last night as fans got to witness her on their TV screens in the drama Hum Kahan Ke Sachay Thay as it aired its first episode last night which seemed very promising!

Ecstatic to see her back in dramas, fans took to Twitter to celebrate the milestone and in no time the hashtags #WelcomeBackMahira, #MahiraKhan and #HumKahanKeSachayThay became the top trend in Pakistan: 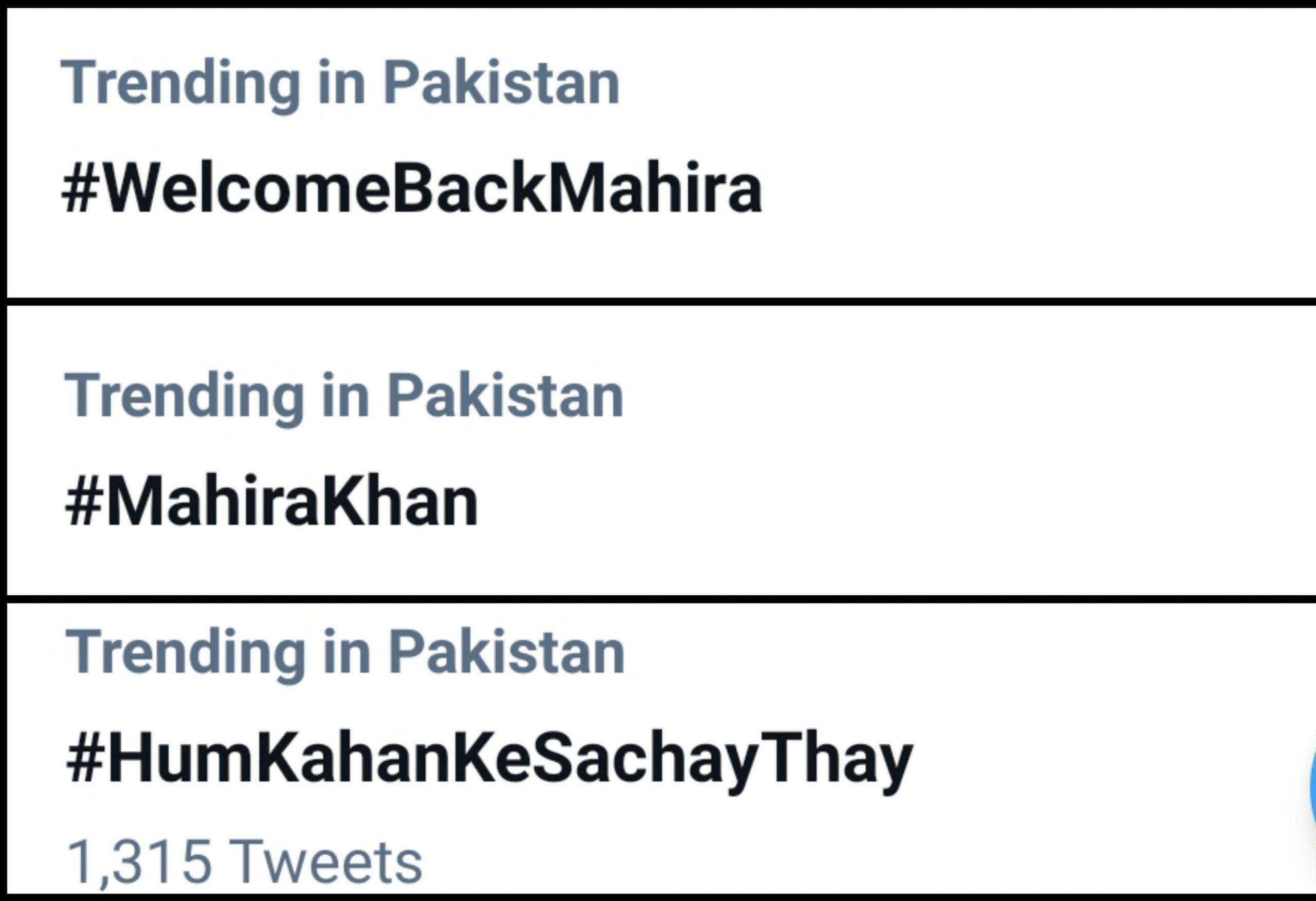 And here’s what fans had to say!

Didn’t expected the first epi to be so damn good. Mahira once again proved why she is the Queen of Pakistani TV industry. #MahiraKhan #HumKahanKeSachayThay

#WelcomeBackMahira This took me by surprise. @TheMahiraKhan lovely to have you back on screen. Loved loved your performance as Mehreen. I like how you raised your eyebrow. Definitely we see a Mahira with more experience, depth and finesse in expressions #HumKahanKeSachayThay pic.twitter.com/ZOsMVVvI3i

Fans had goosebumps watching this scene:

Me to my slow internet and ads which disturbed me through out the episode 🤣🤣🤣 #WelcomeBackMahira #HumKahanKaySachayThay pic.twitter.com/wwN0JeTDdY

All of us have!

Don't watch a single drama but had to watch hum kahan kai sache just because of @TheMahiraKhan enjoyed the trio ! #WelcomeBackMahira

Ok but Mashal is literally so intimidating. The fact that Kubra is such a softie yet depicted such a mean character so well !! 👏🏻👏🏻@KubraMKhan #humkahankesachaythay pic.twitter.com/eGmKDvg2Ed

I WANNA SALUTE THE ONE WHO CASTED THAT GIRL AS LITTLE MEHREEN, SO MUCH RESEMBLANCE WITH MAHIRA AND A REALLY GOOD ACTOR 👏🏻👏🏻👏🏻👏🏻 #WelcomeBackMahira#HumKahanKeSachayThay

Are you keeping up with Hum Kahan Ke Sachay Thay? Let us know in the comments below!

Dramas We Enjoyed Watching This Month!

‘In A World Full Of Aswads, Be Like Safwan,’ Fans Can’t Help But Love Safwan In Hum Kahan Ke Sachay Thay!

5 Dramas We Love At The Moment!