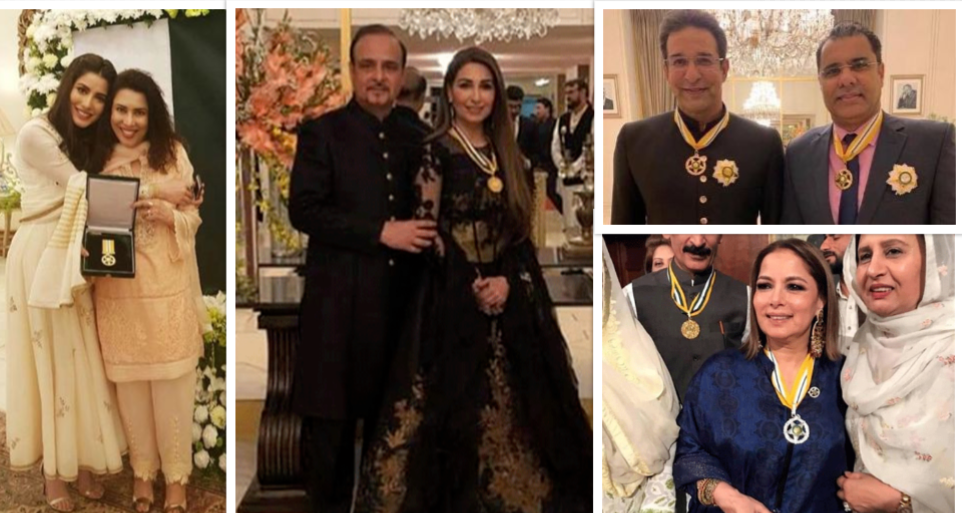 The civil awards were conferred on 172 individuals this year in a ceremony on 23rd March, let’s take a look at some of the winners and how they celebrated this achievement! 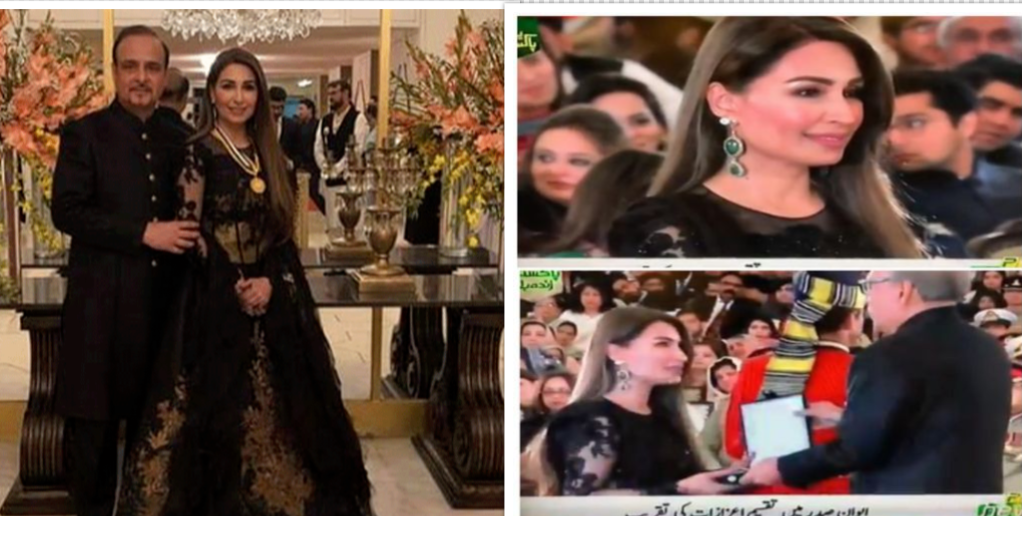 Reema Khan received the award for her services to the entertainment industry as well as her philanthropic work with Make A Wish Foundation and Government’s Polio Vaccination program.

Legendary actress Babra Sharif was bestowed the award for her contribution to Pakistani cinema. 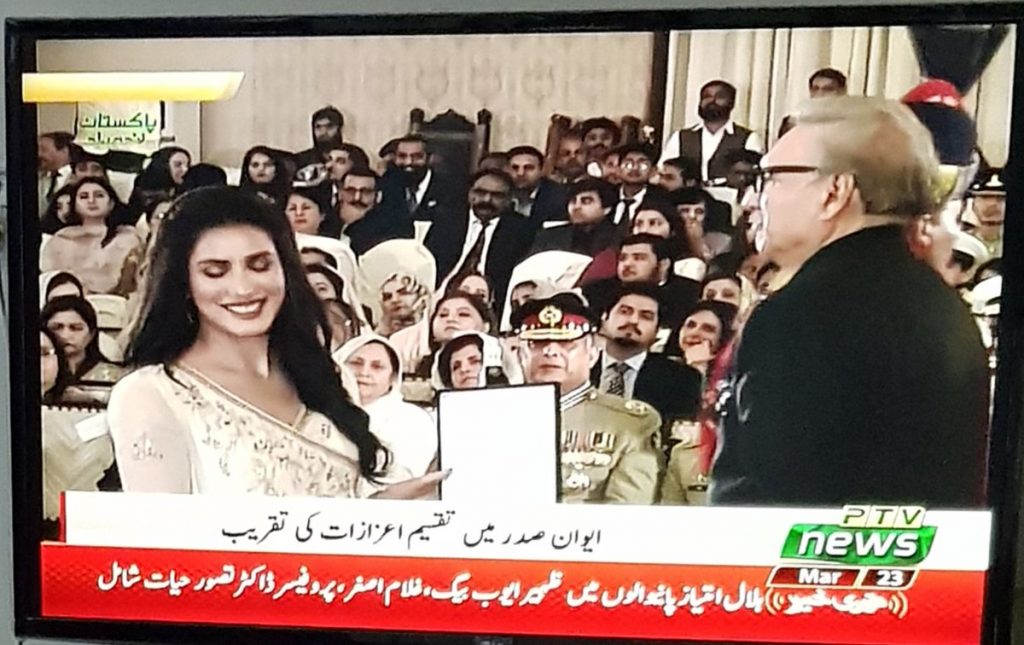 Mehwish Hayat accepted the Tamgha-i-Imtiaz for her outstanding performance in Punjab Nahi Jaungi and making a mark in the international space for her work. She took it to Instagram to express gratitude for winning the award.

An eight year old girl went to the PTV studios holding her mother’s hand tightly. She was totally clueless about all the hustle and bustle going on around her. But she was equally fascinated by the lights, the cameras and the way in which everybody was hard at work including her mother who was an actress. Even as a child the wobbly sets amused her but she could see on the screens the magic being woven in that studio creating dreams for so many people. Yesterday that same little girl arrived at the Aiwan e sadr holding tightly on to her mother’s hand equally bemused by her surroundings. That girl knows that she is blessed to be there receiving such a prestigious honour in the company of such distinguished people following in the footsteps of so many legends, so many of her own heroes. At heart she remains that simple little girl from Karachi who has been fortunate to live her dreams. Her journey from that PTV studio to the Awan-e-sadr has been a long one and by no means the easiest. But never in her wildest dreams did she see this recognition coming at such a tender age. Nor did she see the role she would go on to play in the revival of Pakistani Cinema and her contribution being acknowledged in this way…! Thank you to the Government of Pakistan and the President for bestowing this honour upon me and making the dream of that little girl come true. Today, I share this with all the other girls in Pakistan who have a dream, to them I simply say, "Hope lies in dreams, in imagination, and in the courage of those who dare to make dreams turn into reality." Thank you also to all my family, friends and colleagues who have shared this wondrous journey and above all to all the fans who have supported me each step of the way and made me worthy of this award! 🙏🇵🇰 #MehwishHayat #Tamghaeimtiaz 🎖#Medalofexcellence #pakistanzindabad 💚 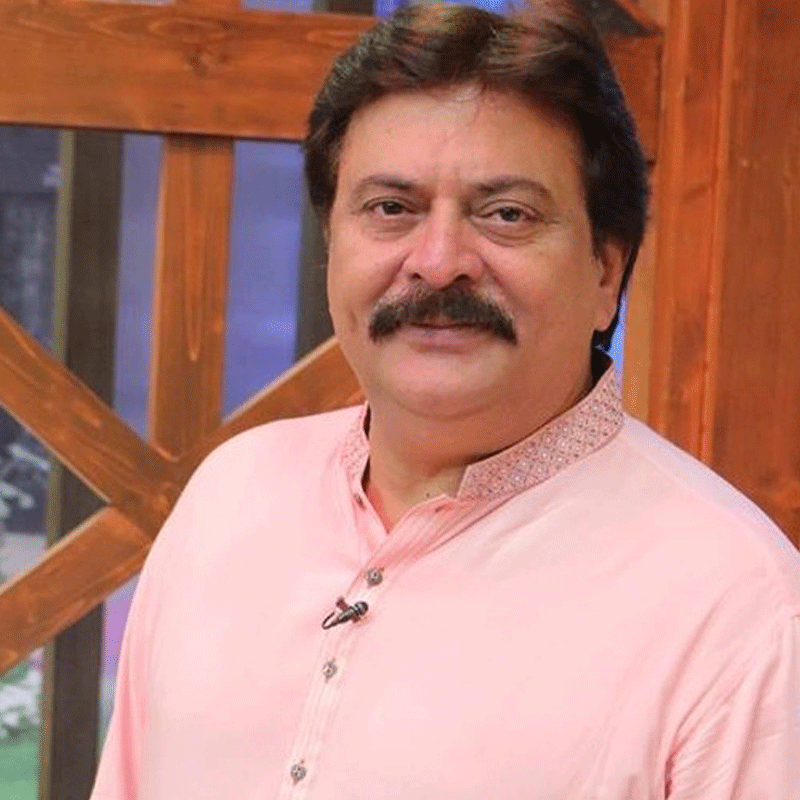 TV actor Shabbir Jan’s was bestowed the award for his countless services to the entertainment industry. 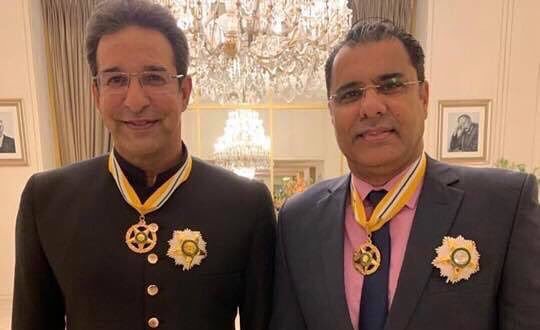 Wasim Akram then took it to his twitter to share with fans how greatful he was for this award.

Here it is, the award I would not have received without the love and strength of the people who believed in me right to the end. I’m am so grateful to accept this award and I am honoured that i could serve my country to the best of my ability #HilaleImtiaz pic.twitter.com/OWsyS5DOwv

He never really got a retirement but moments like this make it all worth while. Wasim Akram receiving the Hilal-I-Imtiaz for his contribution to Pakistan through his outstanding excellence in sport. What a proud moment. You have shown the world that if you work hard and believe in yourself, no matter what background you come from, that you can achieve anything. You are the proof that dreams really do come true. You have made us all so proud in the past and continue to do so today. Congratulations Wasim Akram you deserve it #WasimAkram #ProudPakistani #HilalIImtiaz #HighestCivilianAward @wasimakramliveofficial

Waqar Younus too, took it to twitter to share the love and dedicated his award to the victims of Christchurch shootings.

Thank you Pakistan for the honor of Hilal-I-Imtiaz on the prestigious #PakistanDay.

I am dedicating it to the victims & heroes of #ChristChurch and to PM @jacindaardern for setting new standard of harmony & love. May multicultural understanding and humanity prevails #Peace pic.twitter.com/YxM73wQi6I

Newscaster and anchor Ishrat Fatima shared a video of her recieving the award on Twitter. 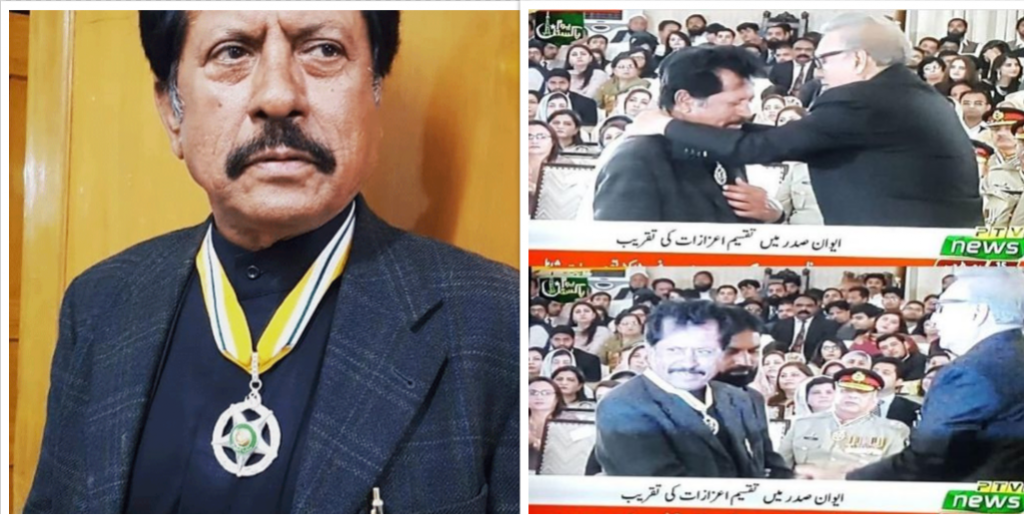 Singer Attaullah Khan Esakhelvi was awarded for his services to the Pakistani music industry.

Pakistani actor and stand up comedian Iftikhar Thakur received the award for his contribution towards Pakistan’s entertainment scene.

Singer Sajjad Ali was honoured for his contribution to the local entertainment industry. He then shared the award on twitter with his fans.

Cricketer Yasir Shah received the award in acknowledgement of his extraordinary performance in the field of cricket.

On #PakistanDay let's revive our pledge to serve this beautiful country of ours with all our might, grit & determination.

Pashto singer Sardar Ali Takkar was awarded for his notable work towards the language and his contribution to the nation.

Christian Louboutin and the Peshawari sandals are having a major moment!