When it comes to celebrities these days, everyone just loves assuming that ‘all’ of them have gone under the knife at some point in their life. And even if they have, how is it affecting you?

Recently a page by a practicing aesthetician Dr. Madiha Rao from Lahore, posted a low resolution and blurry picture of Wasim Akram and in an Instagram post critiqued the alleged procedures he’s gotten done. She even went far enough to say ‘who did him?’ and called it ‘a bad job,’ because obviously she thinks it’s okay to shame other people publically for the way they look. Now that’s an aesthetician I’d avoid at all costs!
The post did not go unnoticed by Shaneira Akram, she immediately took screenshots and posted it to her Instagram account, lashing out on the post and demanding an apology.

What gutter advertising, the absolute worst way to promote your business is by trashing other people or putting other people down in order to promote yourself. Your opinion couldn’t be more wrong as Wasim is so against injectables of any kind and has never done anything to his face and obviously does not need too, so in this shocking attempt to identify someone who has had work done you have put down someone with a natural face. Well done!! For a person in this field who manipulates peoples faces for a living I suggest you find someone else to be your pin cousin. What a desperate, trashy and unprofessional way market your business. People should really think twice before going to see you for an aesthetic opinion, I certainly would! Fillers and Botox is something you should never take lightly so I suggest you promote your page in a positive healthy way for people who really need assistance not by doing it this way. Pathetic and I think a personal apology to my husband is very necessary

This is what the original post, which has now been deleted, had to say: 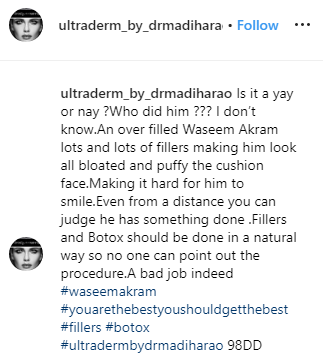 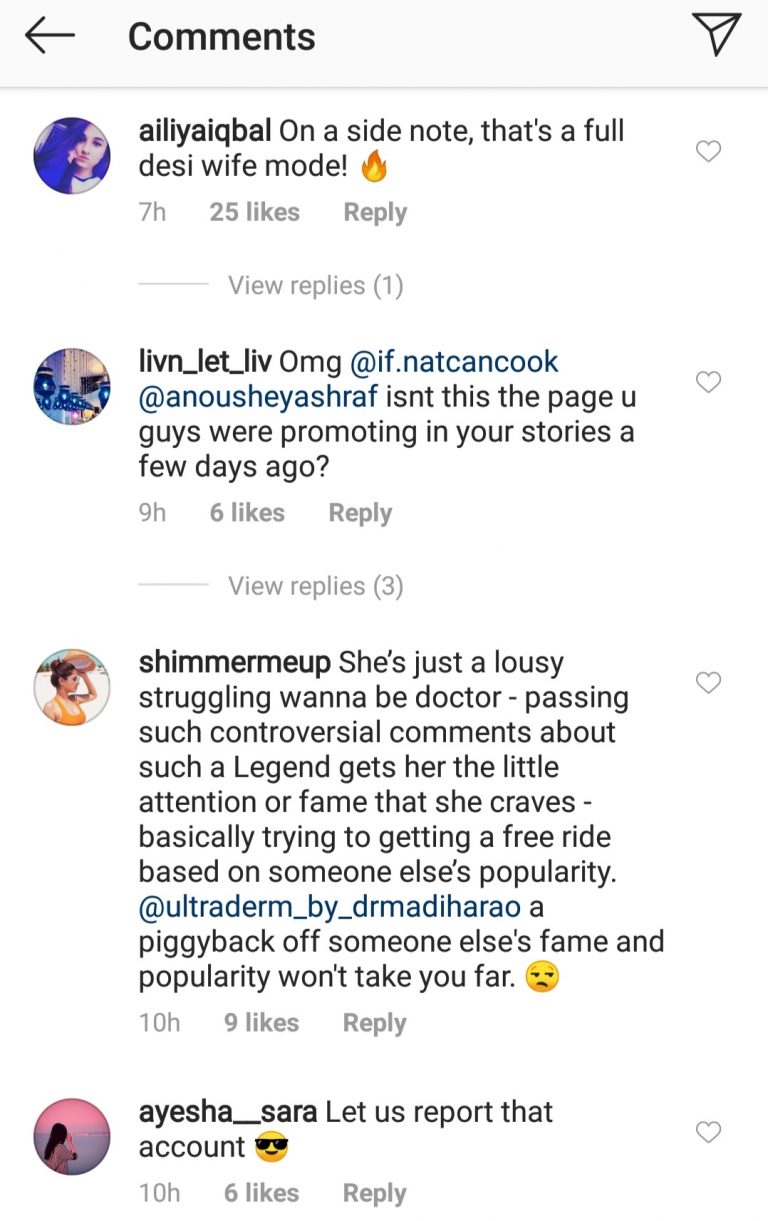 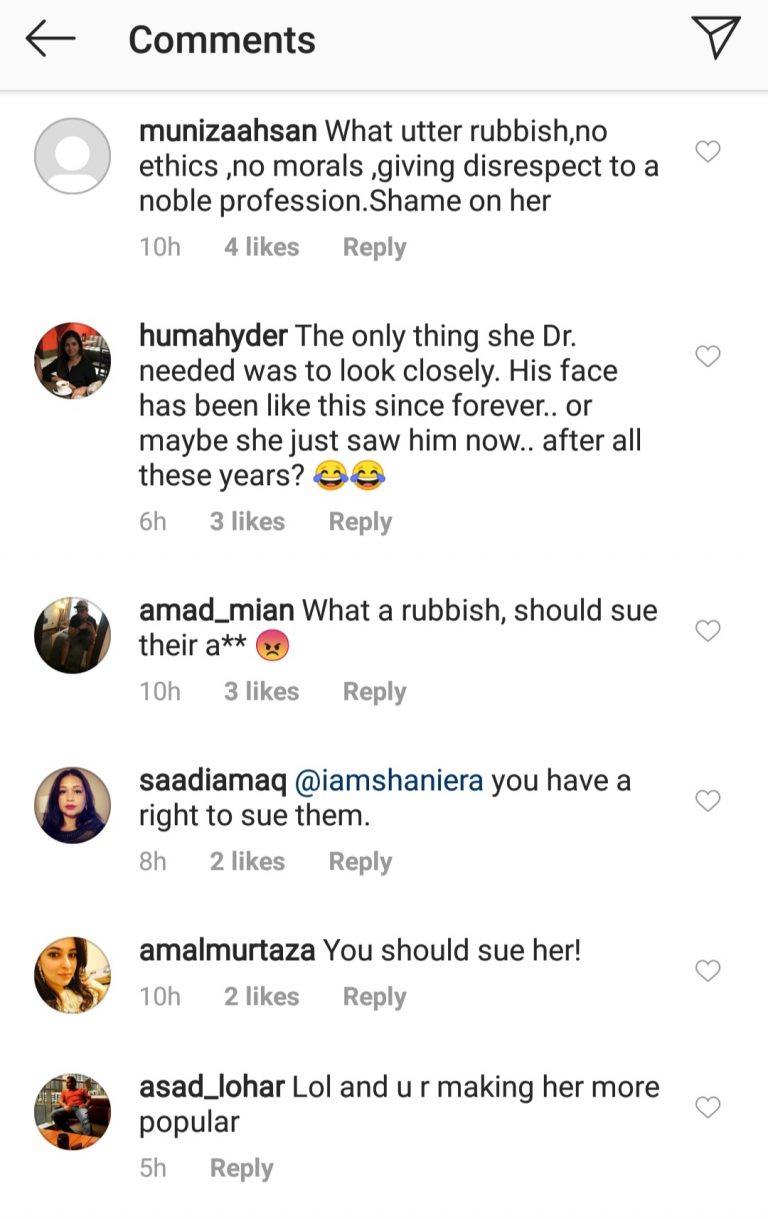 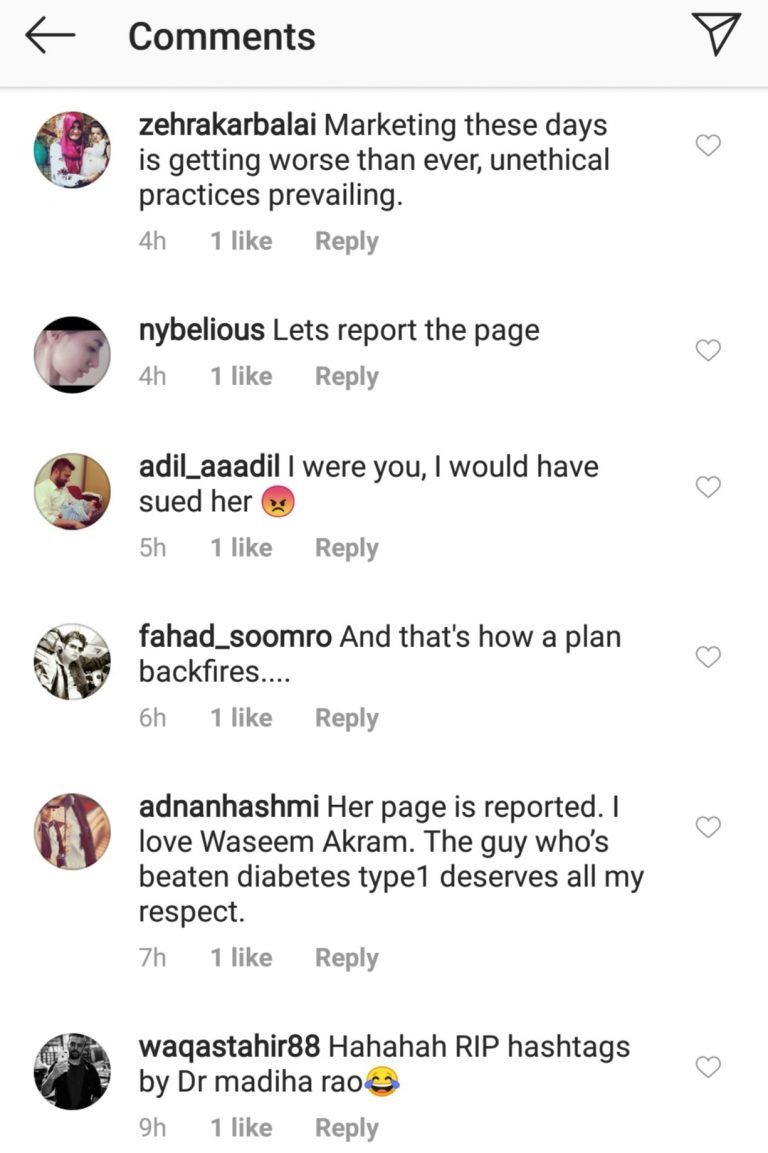 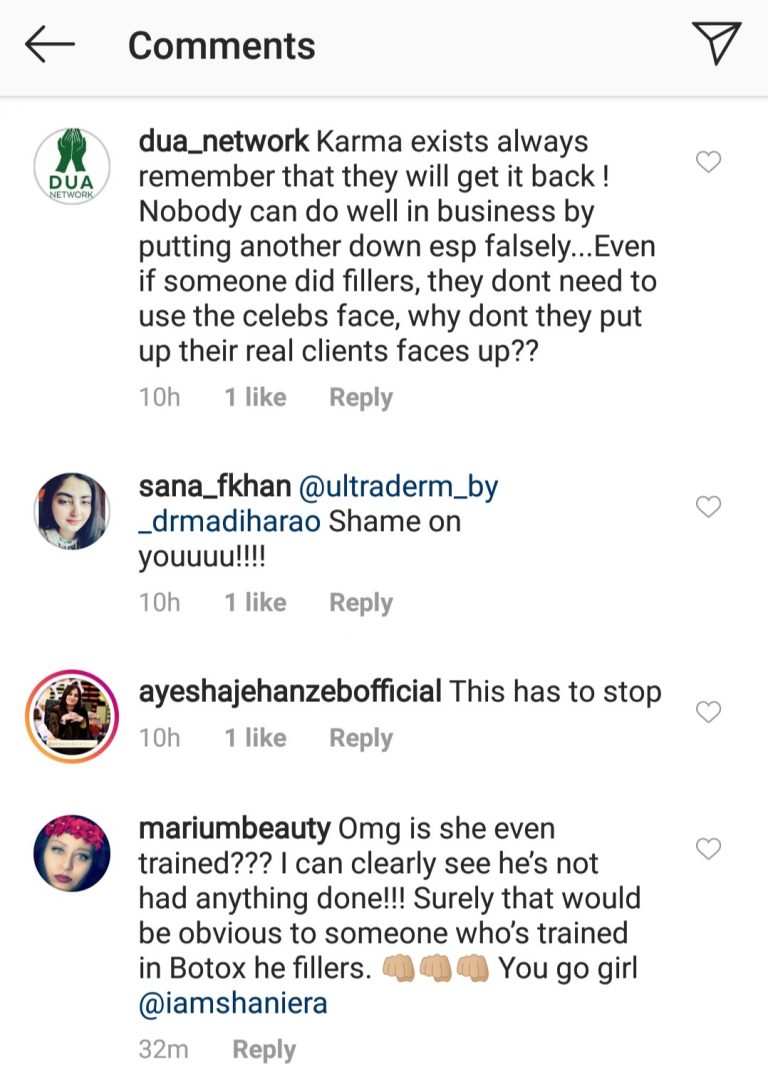 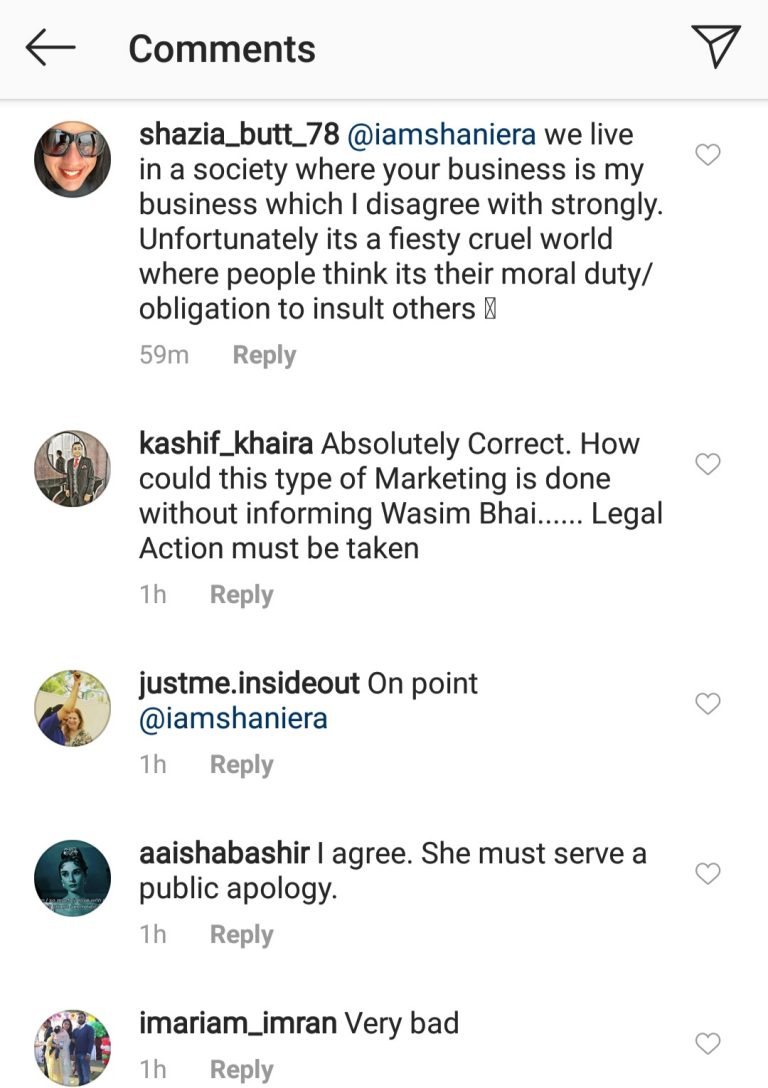 The post has now been removed from their Instagram page and they have issued an apology as well, but if Shaneira hadn’t called it out, they would have continued bashing one celebrity after another.

Fans are still commenting on this apology post saying that it isn’t enough: 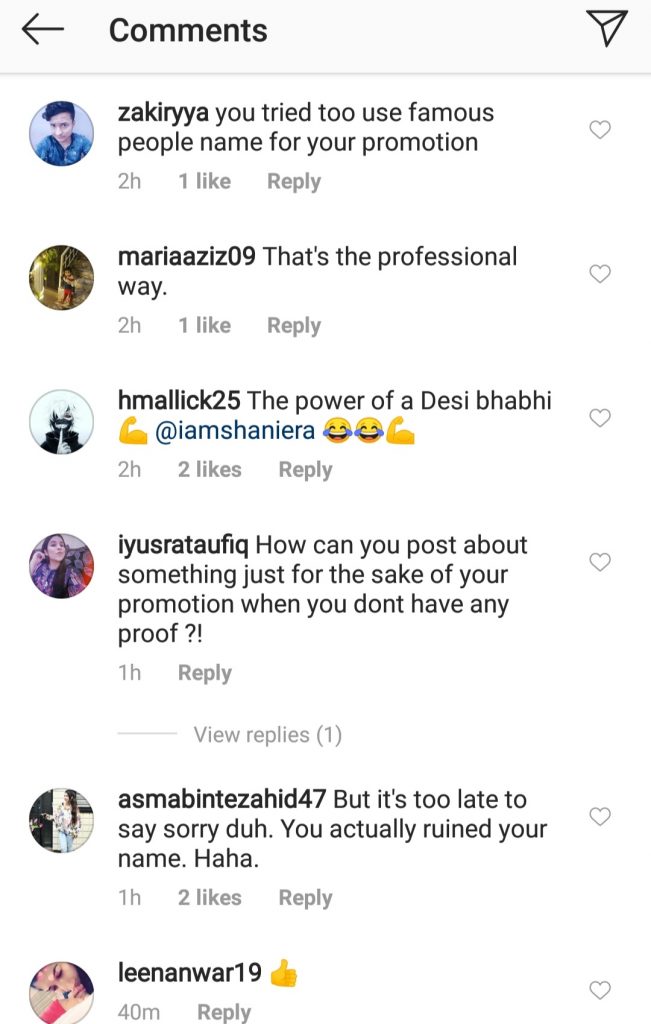 We hope they’ve learnt their lesson!

What To Expect From HUM SHOWCASE S/S 2019

10 times Zara Noor and Asad Siddiqui made us believe in true love!