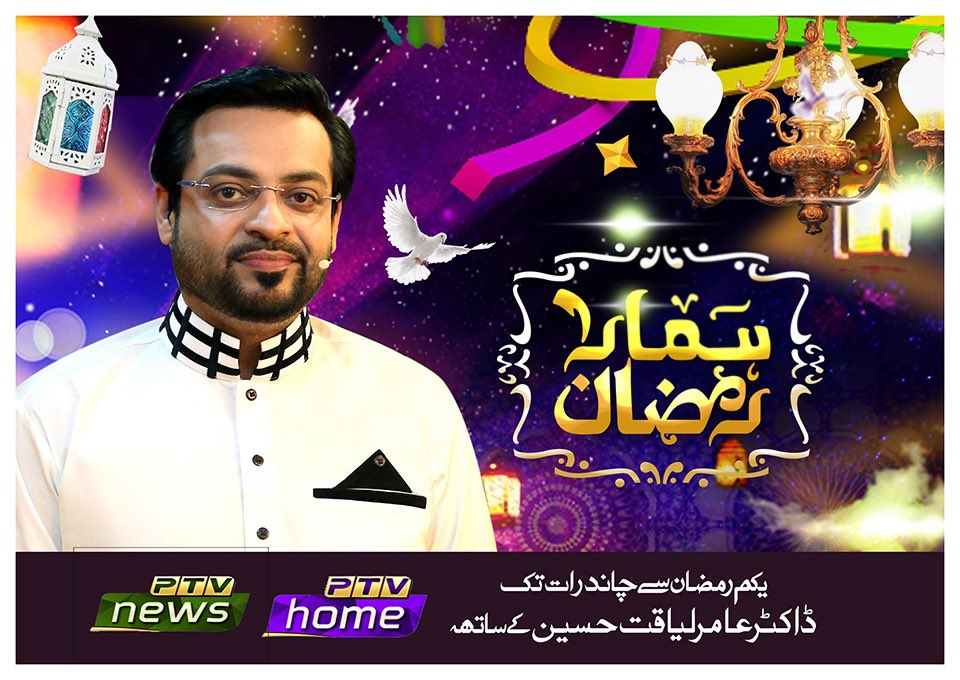 Ramzan is coming and so are Ramzan transmissions, like it or not! Once again Aamir Liaquat Hussain is returning to television. This time though he’ll be seen on state broadcaster Pakistan Television’s Network (PTV.)

ramzan is coming with amir liaquat, sahir lodhi and 69 others.

Aamir Liaquat announced on Twitter that he will be a doing the Ramzan transmission on PTV this year, yes the same place he started from.

And the internet couldn’t handle it!

Some bought the best to the internet

Ramazan show on PTV this year

I’m ready for Ramadan, but I’m not ready for Aamir Liaquat

Aamir Liaquat was likely to be back on our television screens, but very unfortunate this time it is PTV that is giving platform to a bigot and hatemonger – that too under the guise of religion and piety pic.twitter.com/66RYTUXpu9

PTV had to watch this bad time that amir liaquat hosted their ramadan show. IT is too much. pic.twitter.com/BE9gdDOO1k

Some were stern that PTV rethink their decision

PTV should reconsider its decision otherwise there will be very tuogh for PTA to take action against it's own Govt Department due to Amir Liaquat' s #Thoughts.

And some were full of questions, great ones though

I'll never understand the Pakistan awam. Videos of Amir Liaquat disrespectfully behaving in religious settings, abusing his guests and colleagues and making fun of raped women have been released with zero doubt of being fake and yet people hail him as a religious scholar wtf?

He also gathered a ton of love and support in the comments, and some really serious advice too!

Love to see you…
Pls avoid to create some controversy as was appeared in BOL transmission…
Pls try to invite the top tier Scholars from All masaliks…
Its much awaiting to see you on ptv..

What do you think about PTV’s decision to choose Aamir Liaquat for their Ramzan Transmission? Let us know in the comments below!

Aamir Liaquat’s daughter and his wife Tuba just can’t stop throwing shade at each other!

5 most watched Ramzan Transmissions this year