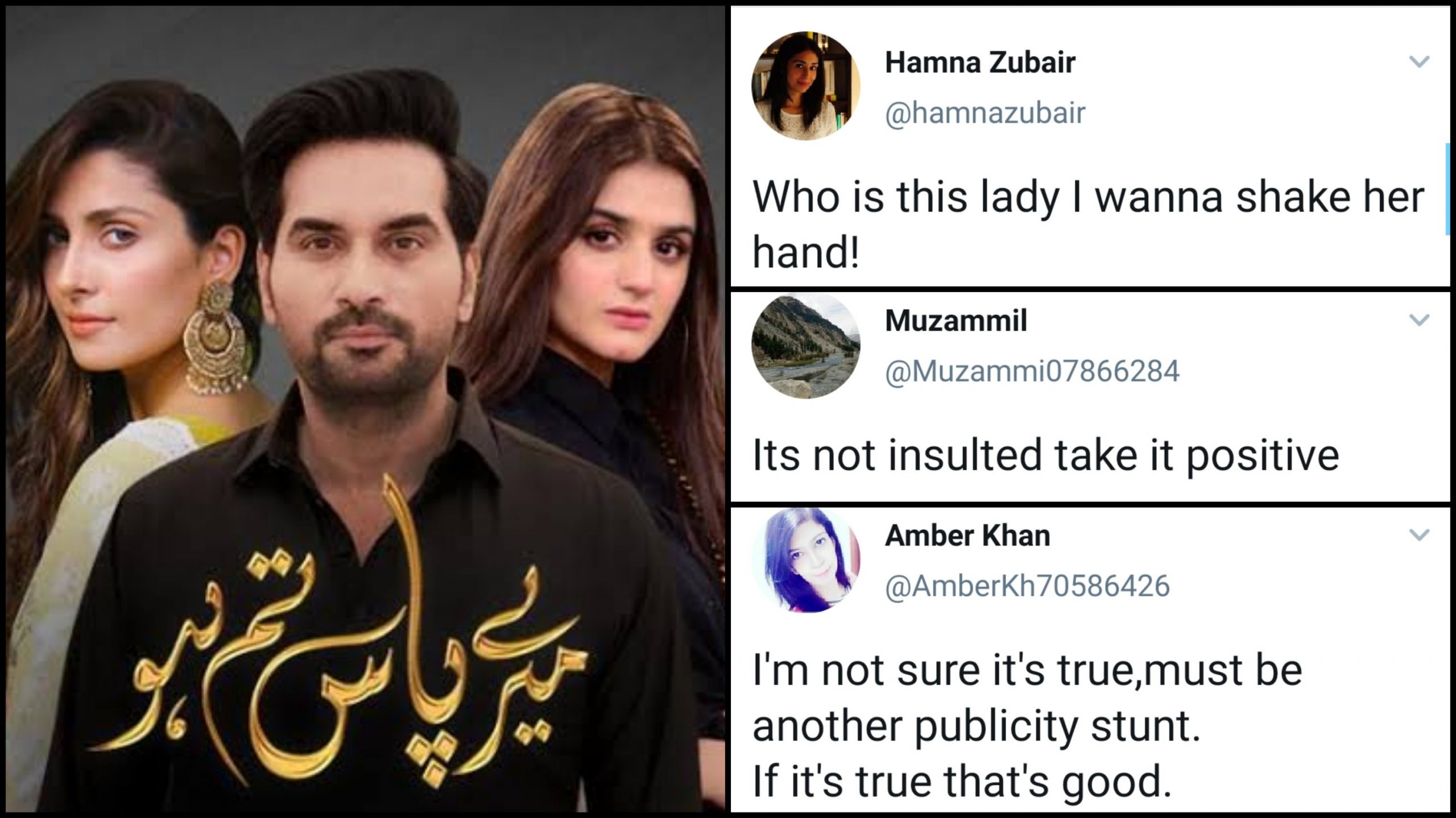 Amidst the anticipation, a woman named Maham has filed a petition to halt MPTH’s last episode as the drama has been insulting women ever since it began. The petition reads: “the writer of this script has shown his mental harshness against the dignity of women in a very disrespectful manner.”

As the news of the petition spread, the tweeple have been divided in offering their support:

Who is this lady I wanna shake her hand!

"A woman filed a petition in a Lahore civil court to halt the release of Mere Pass Tum Ho's final episode.

The drama serial has continuously insulted women, the petitioner said, adding that it has not been of benefit to Pakistani women." https://t.co/VyAdpgzNeb

Many agreed with Maham:

Now this petition I can get behind https://t.co/IPnT420JqB

People were happy that someone finally took action:

Woman files petition against the release of MPTH's final episode as the serial is insulting to women.

Some had found a clear winner:

People were lauding the woman for standing up:

Finally, someone has stood up . 🤝 https://t.co/6TLRv5TRVF

People were loving her:

WHOEVER YOU ARE I LOVE YOU https://t.co/Yf53iPywDe

Some disappointed at the halt of Zindagi Tamasha, were wondering how easily they could halt MPTH as well:

this is where the fun begins when they can halt a good movie then why it's difficult to think about this scenario https://t.co/H3kWjBIzYQ

Some deemed it unnecessary:

Whats going on in this country 💀 i hate khalil ur rehman but come on https://t.co/CX2EixMxtc

Some thought it was a publicity stunt:

I'm not sure it's true,must be another publicity stunt.
If it's true that's good. https://t.co/IcyVfzH6ZB

May be it is a publicity stunt. People become more curious to watch the ban items.

Some thought she could use her rights for better things:

Freedom of expression is one thing, I acknowledge.
Buttttt a lot of shitty things happening in this society and all she could see was this drama serial showing women as worthless, which also aint true 🤷🏻‍♀️
-Use your rights, but use them right. #MerePaasTumHo https://t.co/7mSTTeKVW2

Some didn’t find anything insulting:

Its not insulted take it positive https://t.co/SAD328eOWX

Some were thinking about the outcome of roles being reversed:

And what if these things hv been done by a man in this drama?? Tb these kinda ladies gonna clap n say wow what a drama.. huhh
We need to understand this too.. https://t.co/bOjcFM5Qeu

Some were schooling the plaintiff on her definitions of love and relationship:

U mean to say 'running behind money &for money leave husban' is Right?Shame on ur ideology for respect of women.U r in reality disrespecting her by ur statements tht her love &relationship is dependent on money.Shame for ur ideology of love, relationship & respect for women https://t.co/tc2y3gmtge

Some urged her to take it positively:

Its not insulted take it positive https://t.co/SAD328eOWX

Many thought it was a little too late:

Was she sleeping for all this time

After hearing the plaintiff’s arguments, civil judge Naila Ayub has issued a notice to PEMRA, Baig and Saeed requesting they respond by, and set a hearing on, January 24.

What do you think about this petition? Let us know in the comments below!

Queen Elizabeth’s Punjabi voice over on #Megxit breaks the Internet