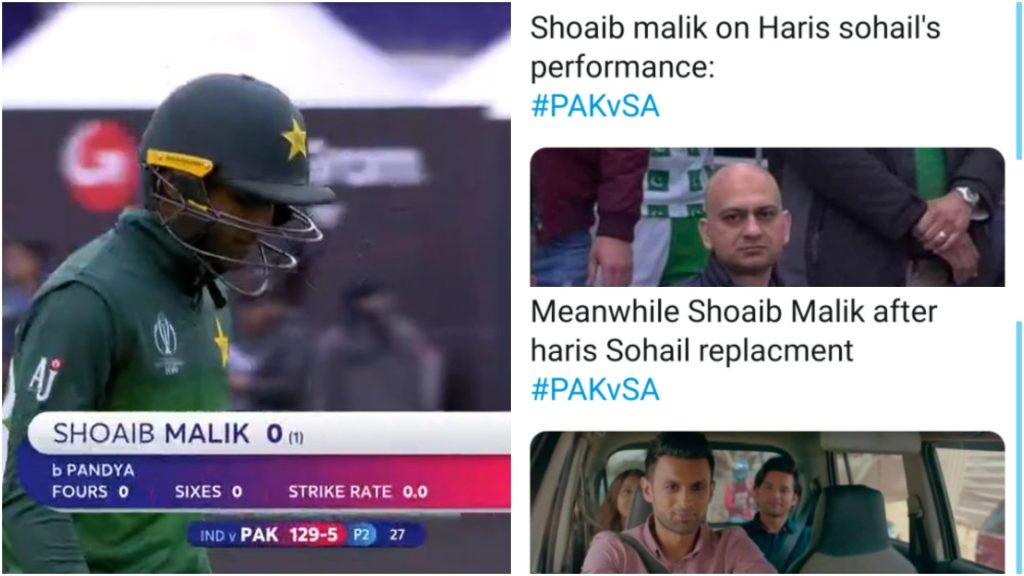 After a few disappointing performances in the World Cup matches, the netizens are upset with Shoaib Malik and want him out of the team. 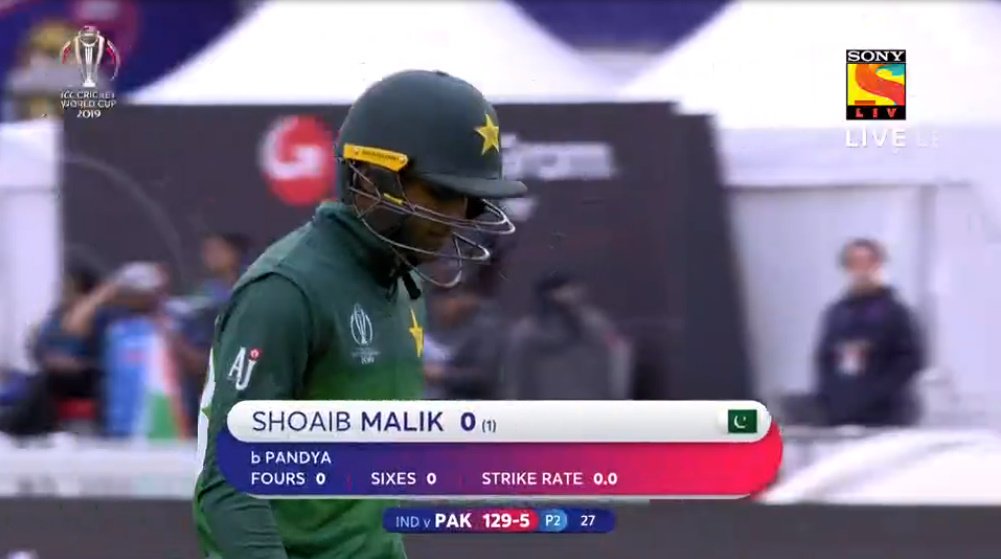 The internet was absolutely mad about Shoaib’s performance!

There were some brutal tweets:

*Contribution of Shoaib Malik in this world cup* pic.twitter.com/j9GQsi9e5y

A ton of memes:

Man of the match should be given to Shoaib Malik for not being a part of the team today 😍#PAKvSA pic.twitter.com/GkdEU59uhl

The real men of the match are shoaib malik and hassan ali for not playing #ICCCricketWorldCup2019 #PAKvsNZ pic.twitter.com/G820BdWqDz

Shoaib Malik congratulated the team on beating New Zealand via a tweet but ended up being trolled for his performance in the match:

But people did not spare him:

Where is your resignation? Shameless?

Fans thanked him for NOT playing:

Well Done Shoaib, it's all because of you 😂😂

Sania Mirza Malik too, tweeted after the PakvsNZ match and people came at her with derogatory remarks for her husband:

What an incredibly great leveler sport can be 🙃😏

And people came right back at her:

*Haris Sohail Scoring Back to Back 50s*

The meme guy made an appearance too!

All credit goes to Shoaib Malik for not playing 🙏

There was a ton of sarcasm!

All thanks to your husband for not disappointing the team thrice :p

Many thought he should just enjoy his vacations:

No thank you! Jiju can enjoy the vacations there.

Many thanked Shoaib for giving Haris Sohail a chance:

Babar Azam & Haris Sohail were amazing. Thanks to Shoaib Bhai for giving Haris the opportunity to play.

Some bought in the sheesha incident:

There were furious netizens:

And while the Pakistanis were at it, this Indian parody account tried using the ‘agent’ joke on us…

Haters gonna hate but deep down we all miss our secret agent Shoaib Malik. Hope they give him a chance in the next match. 🙏 #PAKvNZ #NZvPAK #CWC19 pic.twitter.com/r0qaa0ki1L

And please tell your husband to not interfere until we have won the #WC19. Phir celebrations mai usko bhi dance Karne ka poora moqa milega

And while many were trolling Shoaib Malik there were a few genuine fans who demanded respect for him:

Guys respect everyone please. Everyone has bad days. Don't tweet bad against him. If sarfaraz can be respected now bina kuch team ke liye kiye then why not shoaib. Repeat your players, they need support 🌸 https://t.co/H3cGcvJuAz

Some shared how they jave been missing him:

Missing You.
Wish you best best best luck for come back again

Haris Sohail scoring top notch doesn't mean to curse/troll Shoaib Malik. A player doesn't get out of form himself. Bad patch is a part. Every player wants to end his career in the best of his abilities. Let this moment be of Haris as he proved well for team & respect💞

Many shared how he still is one of the best players:

A player who has already announced that this is his last World Cup. How can he do such foolish things? He's out of form. But not selling himself.

Someone even shared a video of him with his fans:

He is not performing well but look at this video he's always there for his fans❤ pic.twitter.com/Up0PHszZFr

Many urged that people.stop criticizing him:

Many shared how he is a legend:

People asked for support for every player including Shoaib Malik:

Pakistan should include @realshoaibmalik in the playing 11 now as team is in a good rhythm. We need a senior player like shoaib malik. Its time to support each and every player ❤️❤️

Life Is Full Of Ups and downs… Shoaib Malik Played Many brilliant INNINGS for Pakistan… He saved us Many times For Example VS AFGHANISTAN IN ASIA CUP…. We Need To Support Him in this Bad Time In his career…. ❤️ ❤️ ❤️ ❤️ MAY ALLAH BLESS HIM WITH MORE N MORE SUCCESS

Fans reminded the haters of his previous performances:

Every player got their own talent and Shoaib Malik got his own, never forget his most match winning performances.Every player get through bad times and we must Support @realshoaibmalik at this stage of his Career.

Ups and downs are a part of life:

Not at all. @realshoaibmalik is the most fit and stylish player in Pakistan team. Don't forget about his performances for Pakistan's victory. There may be a hard time for him but like Pakistan, he also knows how to bounce back like always. Support him rather than doing this. 👍🏻

Shoaib Malik spotted crying during namaz in stadium… winning or losing are a part of game and we must support our team in every crucial tournament❤ pic.twitter.com/v25fKdpULg

Fans wished him good luck and sent prayers his way:

@realshoaibmalik you’re one of the finest players of all time. I stand by and support you in your hard times. Best of Luck ahead champ for your upcoming tournament and make this tournament a memorable one.
Best wishes for team @TheRealPCB 🇵🇰 #Wehavewewill #CWC19

What do you think about Shoaib Malik’s performance in this World Cup? Let us know in the comments below!