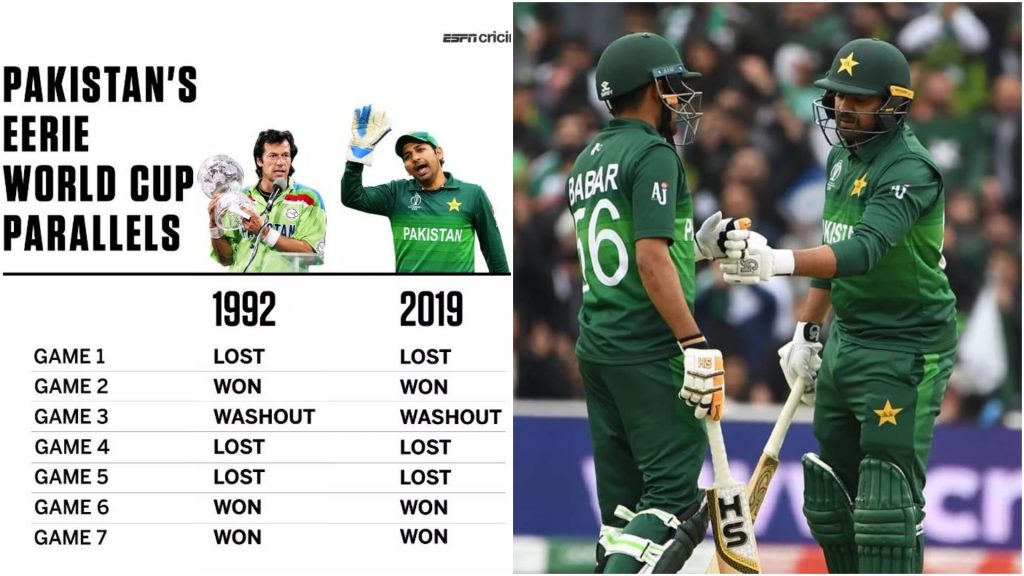 From making fun of ‘1992 mei bhi aisa hua tha’ to actually seeing the history repeat itself, the team has been absolutely fierce and people can’t stop comparing the similarities! 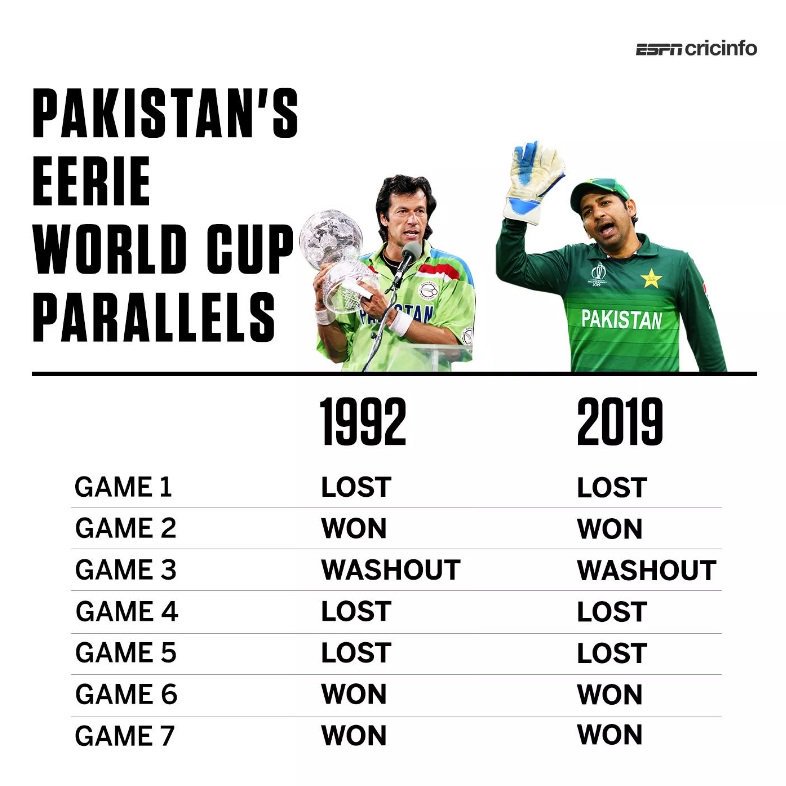 I mean sure, the first few match results could have been a co-incidence but its getting unreal now!

Both matches were played on a Wednesday 😲

People even pointed out how New Zealand had won the toss and chose to bat first, even in 1992… Whaaaat?

The third wicket was scored on 39 in both the matches!

7th match, that was won, with 7 balls remaining… I think I’m a believer now

I am actually believing this now, history repeats itself. In 1992 Pakistan won the 7th match with 7 balls remaining & the same happened today. #PakvNZ

2) Hardwork and a good work-life balance is a privilege

Nasser Hussain when tallying Pakistan's match results from 1992 and 2019.

"Omg the symmetry, we should all just pack our bags and go home, Pakistan is gonna win this!"#PAKvNZ #cwc19

The real tea though>>>

Someone even mentioned how Aladdin was released in 1992 and we are convinced this is 1992!

Some think the real star of the show are karailay… 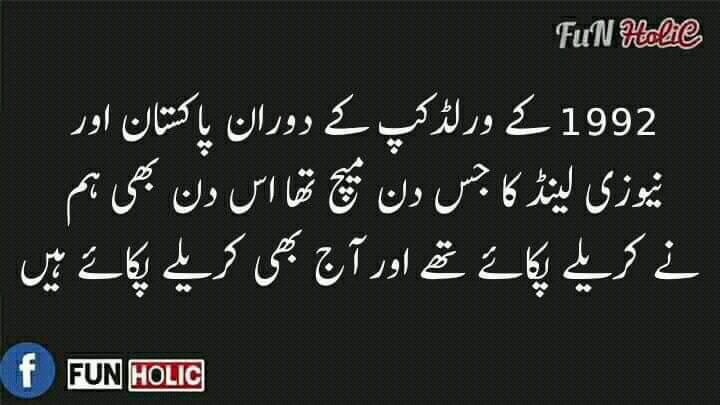 Some pointed out how the Punjabi actress Anjuman also got married in 1992, she got married a few weeks back this year: 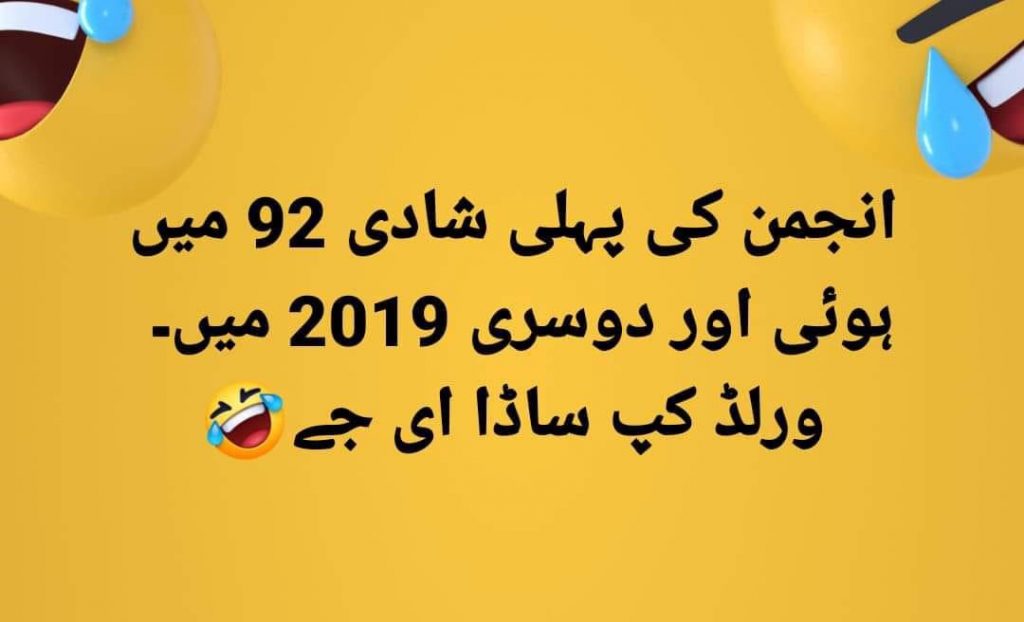 We know the art to break Kiwis winning-streak since 1992! This ‘92 stuff is now getting unbelievable! #PAKvNZ #CWC19 pic.twitter.com/gJDmt2jWrS 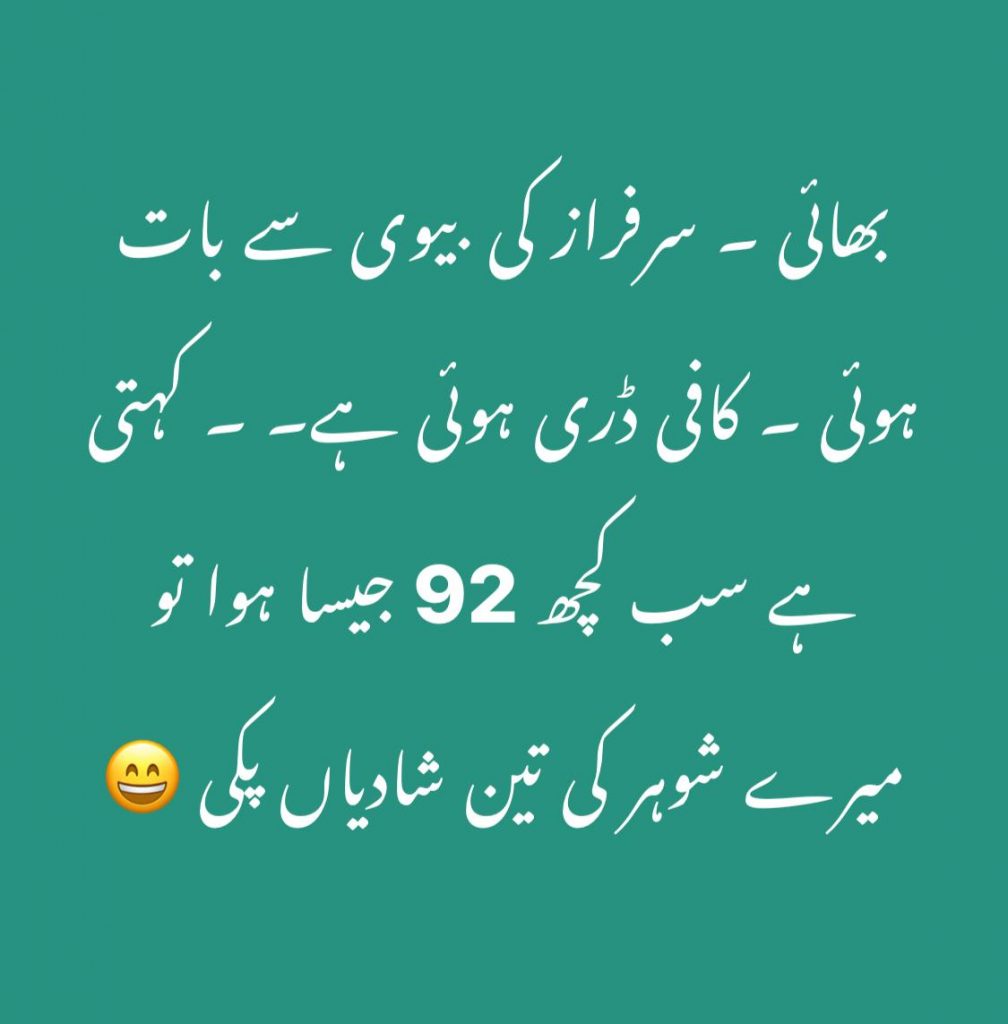 Umm, not sure about you guys but we’re certainly starting to believe this! Let us know what you think in the comments below!