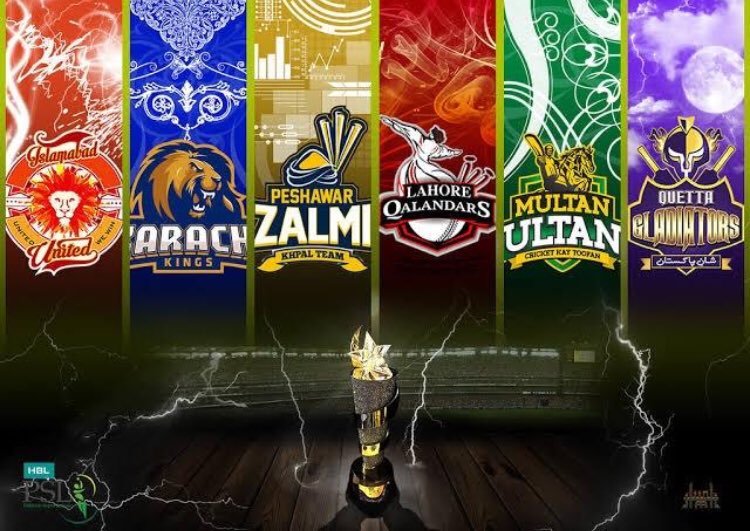 With less than one day left for PSL to begin, cricket is in the air! From people rooting for their favourite teams to killer banter to the beauty of the stadium, people just can’t keep calm!

Woohoo, this country and it’s passion for cricket remains unmatched!

I visited tcs head office Lahore today for tickets of #PSL5 and was surprised to see that 80% tickets of matches in Lahore are already sold out. Let me tell you this psl is going to be a massive success story in terms of crowd. #PSL2020 pic.twitter.com/wDFzYPqUeX

This year Psl is going to be one of the best season of PSL 😍#PSL5 pic.twitter.com/4gi47ucVnS

Danny Morrison was excited to see the entire series being held in Pakistan:

What a fantastic ambassador Darren Sammy has been for Pakistan cricket, Peshawar Zalmi and Pakistan Super League #PSL5 #Cricket pic.twitter.com/LI5WRSzw9v

People were loving the stadium:

Karachi stadium is looking so beautiful 😍😍😘😘 so we will go to watching in the stadium will you go? Good work on the park #PSL5#PSLV pic.twitter.com/xW1B28wYEY

Pesenters will be Erin Holland and Zainab Abbas for our #PSL5 pic.twitter.com/umGoJDOZxZ

Appreciation was pouring in from all across the globe:

LATEST UPDATE: Spider Cam has been installed at National Stadium, Karachi, it will be used first time in Pakistan.

* @ProfDeano to work his magic with local players

A majestic moment to witness!

For what will be the first-ever trophy unveiling ceremony on Pakistani soil, squash legend Jahangir Khan will bring the PSL 2020 trophy at the National Stadium Karachi on Wednesday 19th February for its unveiling #PSL5

Details of the winning amount were shared:

#PSL2020 will carry a total prize money of US$1million.

US$80,000 will be equally distributed to player of the tournament, best batsman, best bowler and Spirit of Cricket. #PSLV #PSL5

Karachi Quetta Islamabad Peshawar and Multan are not dragged on the streets of Lahore, then my name isn't chirs Lynn 😂😂
Qalandars#PSL5#PSLV#PSL pic.twitter.com/Qt1yadsKeH

There were analysis and favourites already:

#PSL5 is a battle of openers. QG (Watson and Roy), PZ (Kamran and Banton), IU (Ronchi and Munro), LQ (Fakhar and Lyn), MS (Vince and Shan), KK (Babar and Shrajeel). Which one is your favourite??
My favourtie pair is that of Babar and Sharjeel.#PAKvBAN pic.twitter.com/bcEzC2ohdL

Wahab Riaz "Whoever plays cricket goes through ups and downs. I don't get scared & I take everything as a challenge. Until I have life in me and the junoon to play for Pakistan, I will make comebacks and perform whenever I get a chance" #Cricket #PSL5

People were sharing pictures of their favourite teams practicing:

Many were in disbelief at how good the stadium looked:

Hahaha, the banter is already on!

Watch the #PSL5 and find out!
Does KFC tell you what their 11 secret herbs and spices are? 🤷‍♂️ https://t.co/wkh3fVyq4R

Memes were already flowing in:

This man always wins our hearts!

Retweet this if you want to ses this man happy this PSL#PSL5#PSL2020 pic.twitter.com/u31od224kQ

Boys are in their best form:

All about the great commentary panel!

And there are many awaiting eyes for #PSL5 #PSLV #PSL2020 pic.twitter.com/Z0KJpMP3IV

People were welcoming their favourite players to the country:

Welcome to pakistan @TBanton18 cant wait to see you in yellow #PSL5 pic.twitter.com/7q5vs22GgO

Welcome to all the International Players coming to our #PeacefulPakistan for #PSL5. After successful completion of #KabaddiWC2020 being the #Champions, this is the new era of showing the world about #SportsRevivalInPakistan. Welcome #PSL2020. 💓🌍🇵🇰💓👍 pic.twitter.com/MYr96Xb284

Some had their own reasons for watching the matches:

What team are you supporting? Let us know in the comments below!

People are sharing the lies they were told as kids and they're hilarious!

Everyone who matters attended the PSL Final