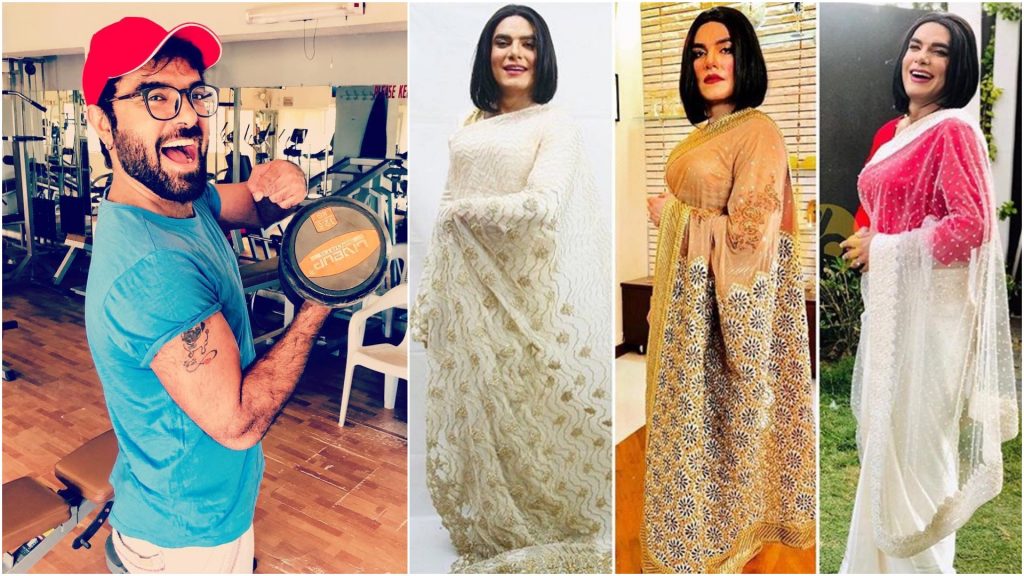 Yasir Hussain is a man with many talents and with Eid being round the corner, he’s gearing up for the upcoming comedy telefilm ‘Help Me Durdana,’ where we’ll be seeing him play a dual character.

From the photos that he posted to his Instagram account, you can barely tell that it’s Yasir Hussain pulling off the chic woman in a saari. He will be playing alongside Ushna Shah for the very first time.

And while many other celebrities praised Yasir Hussain, the highest praise came from Iqra Aziz who is proud of him for doing a character so bold and out of the box and to be very honest, even we think that no one could have pulled it off better than him. 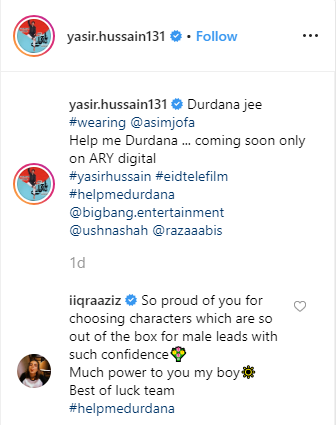 The title of the telefilm is inspired by the famous dialogue ‘help me Durdana’ from the movie Punjab Nahi Jaungi and by the looks of it, it seems like it’s going to be a great success.

When it comes to Yasir Hussain, he always takes his roles very seriously and is always seen fully immersed in his character. Be it his character in Karachi se Lahore and Lahore se Aagay, his negative role in Baandi or his character Akbar in Anwar Maqsood’s theatre play Naach Na Jaanay, he puts his heart and soul to breathe life into the roles he chooses and that is why we absolutely love him! 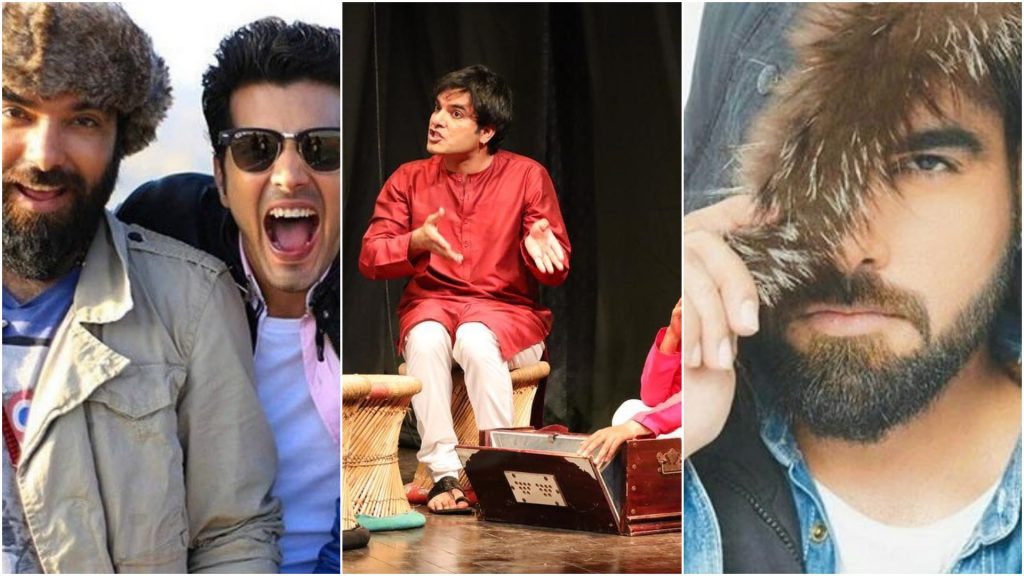