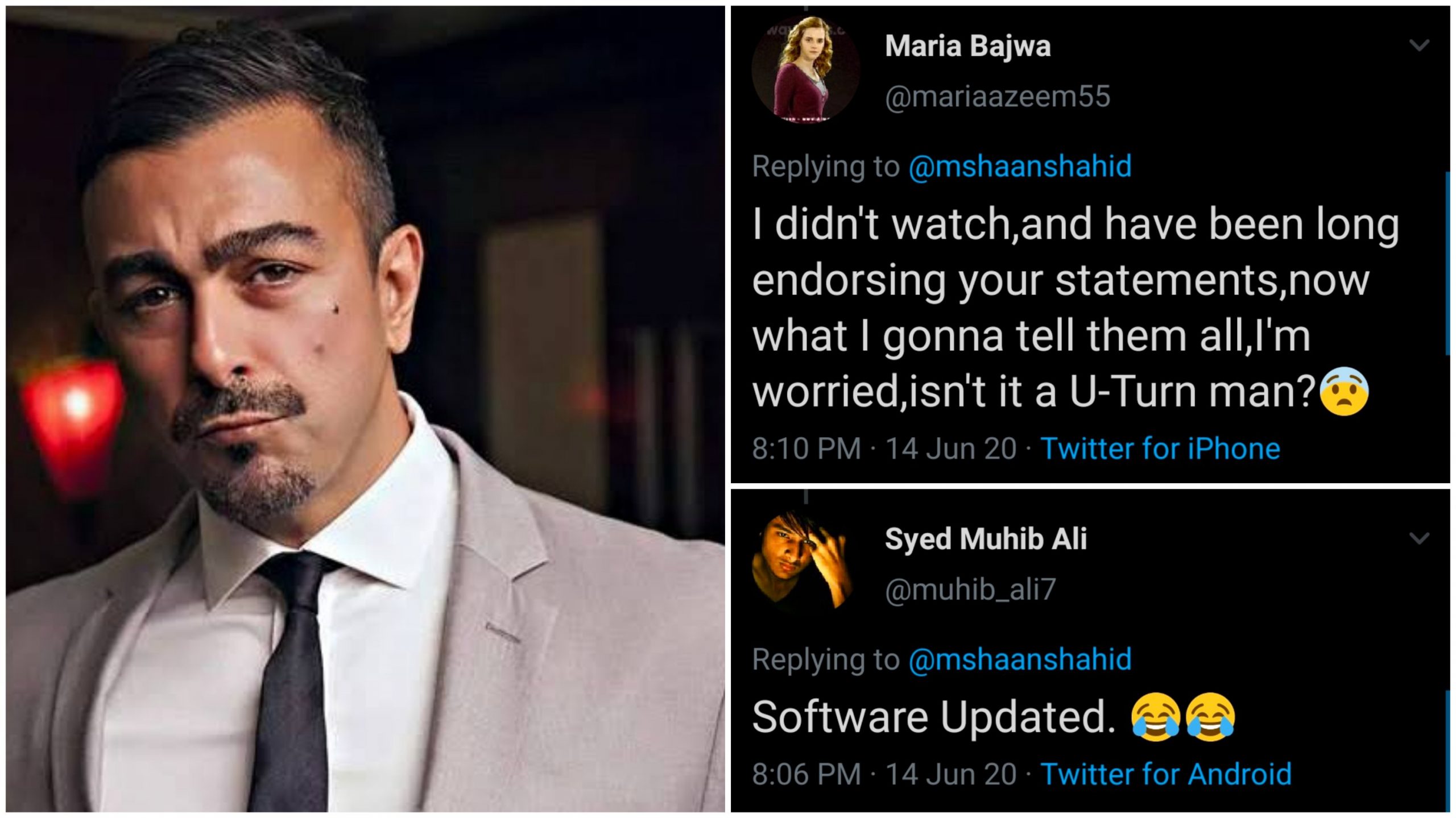 Ever since PTV started airing Dirilis Ertugrul, Shaan has been against it and made strong statements that PTV should broadcast local dramas and films instead of Turkish ones.

However, things took a turn when Shaan tweeted how he loved watching Ertugrul on Netflix and called it a masterpiece:

Just finished watching it what a good effort.. a classic masterpiece. Special thanks to the producers #mohmatbezdag #kemaltekden directors #akifozkan #metingunay #hakanarslan . The cast ♥️ and the technicians who all worked tirelessly to make this epic.thankyou #Netflix pic.twitter.com/AydxQU1N3v

That's the spirit. Let's enjoy good art. Let's do the same in Pakistan. Let's collaborate with them and do something similar. Together, one nation two countries. 🇵🇰 🇹🇷

Many thought this was a ‘software update’ scenario:

Fans admitted how they were hurt when Shaan spoke against the Turkish series being telecasted on PTV:

Really really really Thank you so much for watch and supporting #ErtugrulGhazi sir you know I'm a biggest fan of you. Pichly dinu bahut hurt hua jab dekha k ap es k haq men nhi hen. But after this tweet shaan sir you made my day i Swear. Love you so much. More respect for u now. pic.twitter.com/uwQzJE8u0O

I didn't watch,and have been long endorsing your statements,now what I gonna tell them all,I'm worried,isn't it a U-Turn man?😨

But Shaan clarified that he watched the series on Netflix and not PTV:

I watched it on Netflix

Some were speculating how this could be because of a collab with Turkey:

What do you reckon, did Shaan start watching Ertugrul after news of Turkish – Pakistani drama collaboration hit us? https://t.co/SSzz13XOF2

Thanks for finally realizing… https://t.co/PdXLPSsb4q

Shaan, we all know you can do such a great piece of serial from our history. No glamour and vulgarity are required for such a huge success like Ertugrul. A producer with right actor for right character, good script and definitely an exclusive director are the only ingredients. https://t.co/YvPCJEhGdS

Have u finished all seasons? I hope u will find a way to produce such masterpiece in Pakistan…

Some were calling him out on having double standards:

Some agreed that people should be allowed to have a change of mind:

People should be allowed to change their mind when they know better or have a change of perspective. https://t.co/WWSvqNXPvt

Some weren’t too happy:

You're the one who is always talking about promoting our own content and culture then why watched it on Netflix? What about promoting your own national Tv channel? https://t.co/Fe3pX34byA

Some thought he was trying to be sarcastic:

Am I the only one who thinks he is being sarcastic ? At least he got people off his back for a while. Smart move boss. https://t.co/5V25bREtSN

Some thought he was trying to get into the ‘good books:’

Some thought he was hacked!

What do you think about Shaan’s change of mind? Let us know in the comments below!

Some COVID-19 Recovered People Are Selling Their Plasma & The Internet Is Debating!

Ertugrul Has All The Parents Hooked & Their Kids Have A Lot To Say!