It was recently reported that two Hindu minor girls were kidnapped, forcefully converted to Islam, and then married off to Muslim men in Ghotki district of Sindh. Soon after the kidnapping, a video went viral in which a cleric was purportedly shown solemnising the Nikkah (marriage) of the two girls, triggering a nationwide outrage. 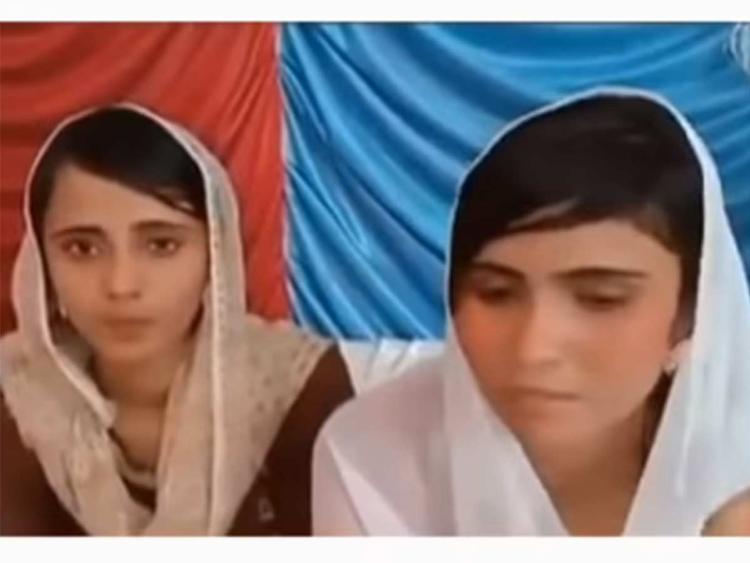 The incident instigated a debate around the world where Indians are criticizing Pakistani authorities for failing to protect the Hindu minority. Sushma Swaraj, the Indian Minister of External Affairs tweeted out tagging Fawad Chaudhry in her tweets and demanding justice for the girls:

Mr.Minister @fawadchaudhry – I only asked for a report from Indian High Commissioner in Islamabad about the kidnapping and forced conversion of two minor Hindu girls to Islam. This was enough to make you jittery. This only shows your guilty conscience. @IndiainPakistan

Forced conversion of Hindu girls in Pakistan : The age of the girls is not disputed. Raveena is only 13 and Reena is 15 years old. /1

Even the Prime Minister on Naya Pakistan will not believe that girls of this tender age can voluntarily decide about their conversion to another religion and marriage. /2

Justice demands that both these girls should be restored to their family immediately. /3

The tweet did not go unnoticed by Fawad Chaudhry, he replied:

Mam its Pakistin internal issue and rest assure its not Modi’s India where minorities are subjugated its Imran Khan’s Naya Pak where white color of our flag is equally dearer to us.I hope you ll act with same diligence when it comes to rights of Indian Minorities https://t.co/MQC1AnnmGR

And very soon, journalist and anchor Fareeha Idrees joined in too!

Where is he jittery? Madam Swaraj, with due respect, our information minister is used to taking criticism and flack from all corners in one go without ever being jittery. However, I will be grateful if you allow journalists like me access to Indian occupied Kashmir. Regards.

Are you only interested in Hindus? First of all,as @fawadchaudhry rightly pointed out, its our internal matter,secondly how come your heart doesnt ache for the women in Indian occupied Kashmir where their civil liberties are curtailed n human rights violated,Coz they are Muslims?

The tweet also caught the attention of Pakistani actress Mawra Hocane who responded to Sushma in a tweet:

She then shared how upsetting it was to see so much hate being inculcated:

It’s hard to go to sleep while SO MUCH is wrong with the World today. Especially when the People in power instead of finding a solution are giving fuel to the fire . I wonder what will be left for them when they do succeed in their self destructive agendas.
STOP inculcating hate.