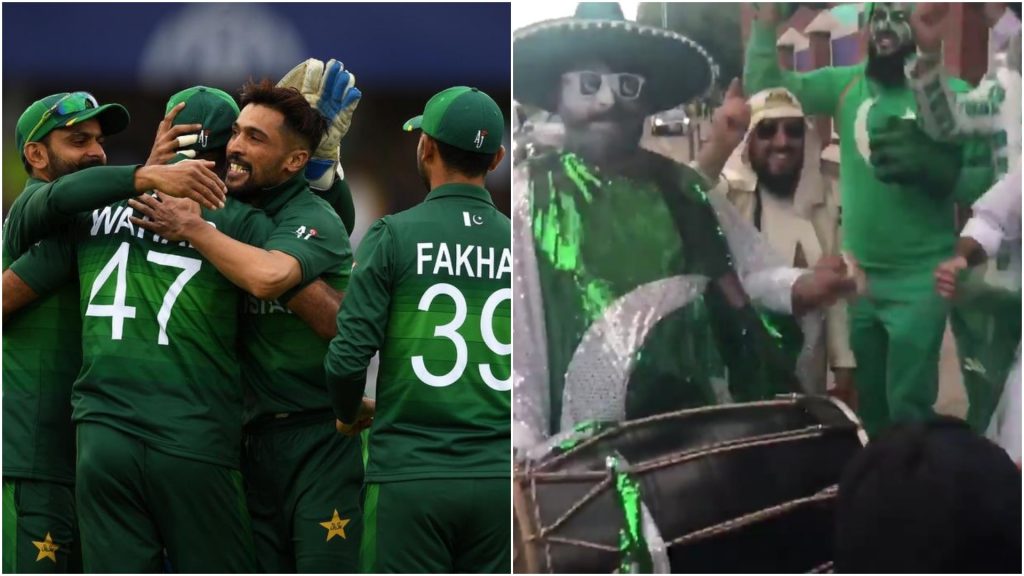 For us, cricket is not just a game, it’s a whole mood! After the first few matches, the cricket team had upset a lot of fans with constant losses. But the tables turned yesterday when Pakistan won against England, now that is an Eid gift we did not see coming.

Pakistan have broken their losing streak in ODI cricket and defeated England in the manner only they could 👏🇵🇰#ENGvPAK #CWC19 pic.twitter.com/VVuQyuMJ84

Needless to say, the spirit of the nation has been revived and if you ask us, the air seems to be different ever since we won the match!

After the great win, PM Imran Khan congratulated the team:

Congratulations to the Pakistan cricket team for a great win and for coming back into form after a poor start in the warm up matches and the first WC match. You have the talent, all you need is the self belief that you can go all the way.

And Wasim Akram got the best birthday present!

Now THATS what you call a Birthday present. What a win!!! Well done Pakistan, that just made my day! 🇵🇰💪🏼🥳 #BestBirthdayEver #ENGvPak #PakistanWin #CWC19Nottingham

Sania Mirza too, lauded the team for their epic comeback!

Congratulations to Team Pakistan on bouncing back the way they did and being as unpredictable like it always is !!! @cricketworldcup got more interesting than it already was 😏😀

Do not underestimate us!

Just want to let you know that Pak beat the team who’re Number 1 in ranking and beat them in their home conditions.
Don’t underestimate our Shaheens.
I repeat never ✅
#ENGvPAK#TeamSareAamRwpSouth pic.twitter.com/KT5Ys8acXp

That’s Pakistan for you!

MERCURIAL PAKISTAN AT ITS BEST. 💚 One minute down, next minute up. Sensational stuff. 🇵🇰

Saeed Ajmal too, praised the team!

Big win today 🏆!!! Congralutions @TheRealPCB. Positive energy shown in the batting by Hafeez, Babar & Sarfraz set the tone of the game for us. We need same energy and attitude in bowling and fielding in the next games. #CWC19 #EngvPak

In all honesty, we’ve never seen a comeback so strong!

"Pakistan cricket at its best; one minute down, next minute up". 💚🇵🇰

WHAT. A. MATCH.
WHAT. A. COMEBACK.
Well done boys, you really deserve this victory.
😍#PakistanZindabad 🇵🇰🔥

From the lowest score to the highest score!

They lost the cricket match to Pakistan.

And of course, there had to be an Akshay Kumar meme:

Loss streak broken, and with it the idea that Pakistan’s not a threat. These boys are very much a threat. Never rule them out. What a game! #EngvPak

A win like this, calls for a celebration this grand!

Amidst the crowd was this man promoting peace, its little things like these that melt our heart!

Great scenes at the #ENGvPAK match

And we will always cheer for our team

Nasser Hussain "What a turnaround it has been for Pakistan. Their supporters haven't lost faith, through thick and thin – 12 games including the warm-up they havent won, but their fans have stuck with their team and cheered them on and wished them well" #ENGvPAK #CWC19

Has anybody tried to do a PhD explaining Pakistan’s fortunes in World Tournaments?

This is the kind of tragic descent into madness that would make an amazing Netflix show imo.#CWC19 #ENGvPAK

Someone has rightly said:
"Form is temporary but class is permanent."
You just can't underestimate them.
They won our hearts today.❤❤#ENGvPAK pic.twitter.com/ljWJCEWDCC

Asim Azhar tried taking a dig at seasonal cricket fans and boy were they offended!

Never ever write off the Pakistan cricket team. They will always surprise you at their lowest. Best when their wounded. #corneredtigers 🇵🇰 #ENGvPAK #CWC19

#Phainta completed.
What a performance. Few weaknesses to be addressed and we are on track. Very well done boys.#ENGvPAK #CWC19

Fantastic win for Pakistan, England losing in a run chase at home after nearly 4 years. Pakistan have showed a lot of character after the humiliating loss against West Indies. Wahab and Amir were really good in the end . #ENGvPAK

Hoping this win doesn’t distract them from the game plan!

Huge win. Pakistan are back in this World Cup. Beating the favourites should give them a big confidence boost and make other teams take notice of this result #ENGvPAK #CWC19

What a great performance #pakistan! It wasnt easy, what bowling performance, brilliant batting , everything was just up to the mark! Play like this and we dont care about the results . Made the entire Pakistan proud today, best eidi ✌#ICCWorldCup2019

Nothing better than to see Pakistan perform well as a team as opposed to winning on the back of a couple of mercurial performances. Heart warming stuff. #PAKvsENG 🇵🇰

Because that’s just how we roll!

Yes, it took very long break the losing streak. When we broke it, we made sure we did it against the WORLD NO.1 team England at their home in World Cup.

Take a bow @TheRealPCB resilience … Thats the key !!! Wonderful comback to turn the fortunes #EngVPAK #CWC2019 Well done… But imagine what you can do if you field well too !!!

Have you seen a more epic duo than Amir and Wahab? Because we haven’t

Remember these two senior bowlers were not in the initial WC squad and they have came back with a bang and helped in defeating the No. 1 ODI team ♥️

That’s what makes the win even better!

England is the first team to lose a World Cup match despite two centuries. #EngvPak

There were congratulations pouring in from all directions:

Nothing cuter than a happy Hamza Ali Abbasi

Comedian Jeremy McLellan, our very own Pindi boy joined in the celebration too!

Pakistan’s win against England has to be the best thing to happen this year, we wish the team best of luck and pray that it continues to perform as brilliantly as this match. Pakistan Zindabad!