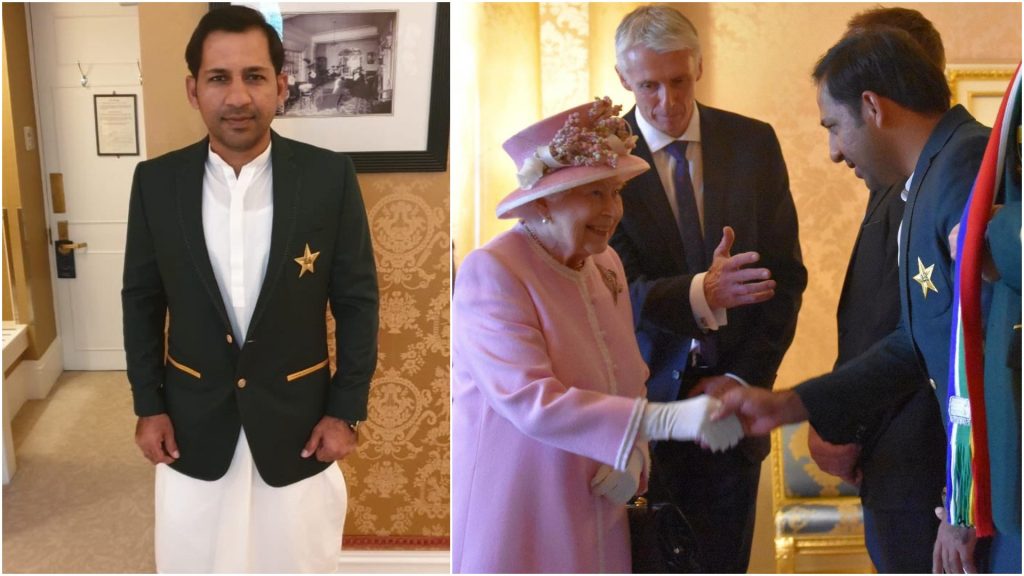 Captains of all ten teams participating in the ICC Cricket World Cup 2019 were invited by the British Queen Elizabeth II at the Buckingham palace on Wednesday. 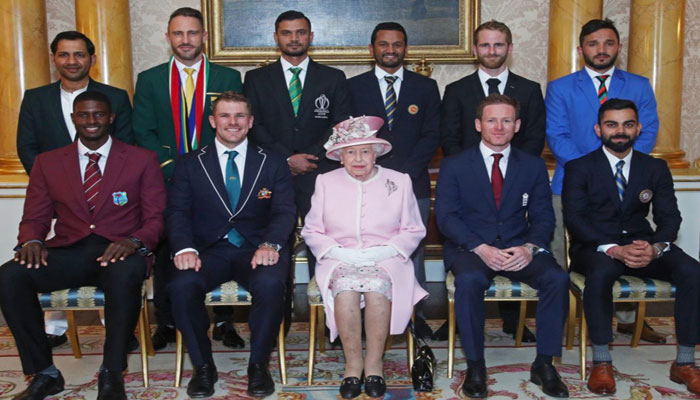 And while the whole squad chose to wear a 3 piece suit, our captain Sarfaraz Ahmed rocked in his national dress, a white kurta pajama with a green blazer and people loved this little gesture! 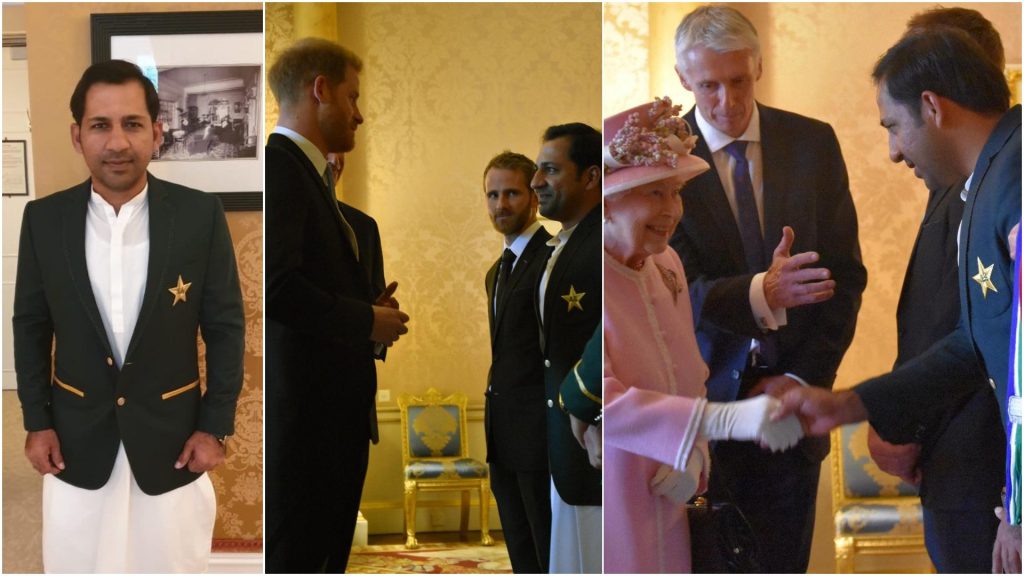 The hashtag #SarfarazAhmed has been trending ever since the meeting and the internet is loving him!

He made a lot of people proud

People were happy that he decided to represent his culture

Some were ready to answer those who were criticizing him

Just heard some people are criticising the dressing i.e shalwar kameez of my one true patriot man in the team. Who are yall? Im here to square up. #SarfarazAhmed

Some couldn’t stop but compare him to captain Imran Khan

He wore this dress, like our 1992 WC captain wear shalwar kameez in every foreign visit.

True that, the only captain to dress this way

Proud of Pakistan! 💚 #SarfarazAhmed wears Shalwar Kameez along with Pakistani Blazer at the opening ceremony of CWC 2019. The only captain dressed in his National dress. 🇵🇰🙌🏻 pic.twitter.com/jcBYEmd2dk

I don't understand why ppl criticizing #SarfarazAhmed  for wearing shalwar kameez in #CWC19  ceremony, rather it reminded me of the great #DrSalam who wore his traditional dress while receiving the first #NobelPrize for #Pakistani. One should be proud of one's cultural heritage pic.twitter.com/PDt507kpoJ

Tarek! Unlike u @SarfarazA_54 is not a wana be! He represents two hundred million plus proud shalwar Kameez wearing #Pakistanis. #Pakistan #Zindabad! https://t.co/mBtAPCsnlp

Some people also bought Virat Kohli in the scenario, why though?

Why did @imVkohli not wear a dhoti-Kurta while meeting with queen of England?#shalwar_Kameez

Some dragged Indians too!

Only cricketer with his National dress, we all Pakistan nation salute you #SarfarazAhmed pic.twitter.com/IQotGrhLq8

Thank you for making the whole nation proud. Nobody could have thought tht one day someone wud represent Pakistani culture at Buckingham Palace. This shows how proud he is of being a Pakistani and we all shud be proud of him.#SarfarazAhmed https://t.co/97Nq1xuuA7

Some gave credit to PM Imran Khan for encouraging this gesture

And well, some people had their disagreements too!

People wearing any dress doesnt say anything about them. It is the strength of charachter when going gets tough..That matters. Quaid e Azam was fond of wearing suits. So… Red cap, white shalwar kameez, sindhi topi, turban etc. Cut the nationalistic bufoonery #SarfarazAhmed

And some were very, very rude!

Captains of #Cricket playing nations competing 4 the #CricketWorldCup had a photoshoot with the Queen. Guess who came dressed in his pyjamas? None other than the #Pakistan captain (back row, left). Take a look at him in the other pic. How does one country produce …? #CricketWC pic.twitter.com/hXxbxrfzlj

A cricket team captain’s main job is to perform exceptionally well and to lead the team with confidence. Records show that so far #SarfarazAhmed has failed in both. Wearing shalwar kameez or not is a secondary issue and is not important at all in this particular instance.

What an idiot … should have worn a tie or else shud have worn sherwani or at least otherwise shalwar kameez with jacket or coaty!? https://t.co/H3BBxMyeyX

Some gave their expert opinions on how he looked

Sarfraz did not look good in shalwar kameez at all yesterday whilst meeting queen.

What do you think about Sarfaraz Ahmed’s decision to wear a kurta pajama to meet the Queen? Do you think it was a success or a disaster? Let us know in he comments below!