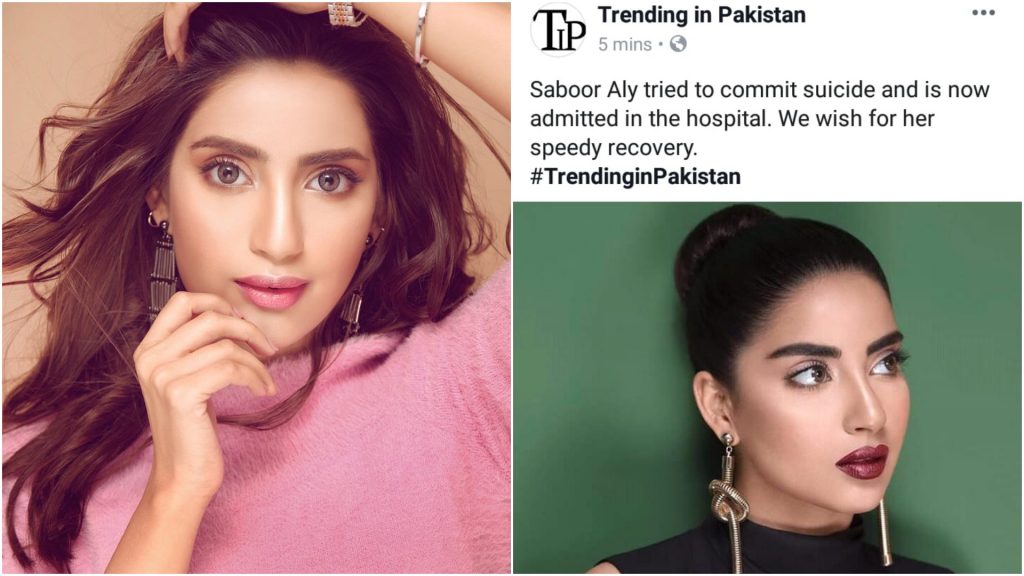 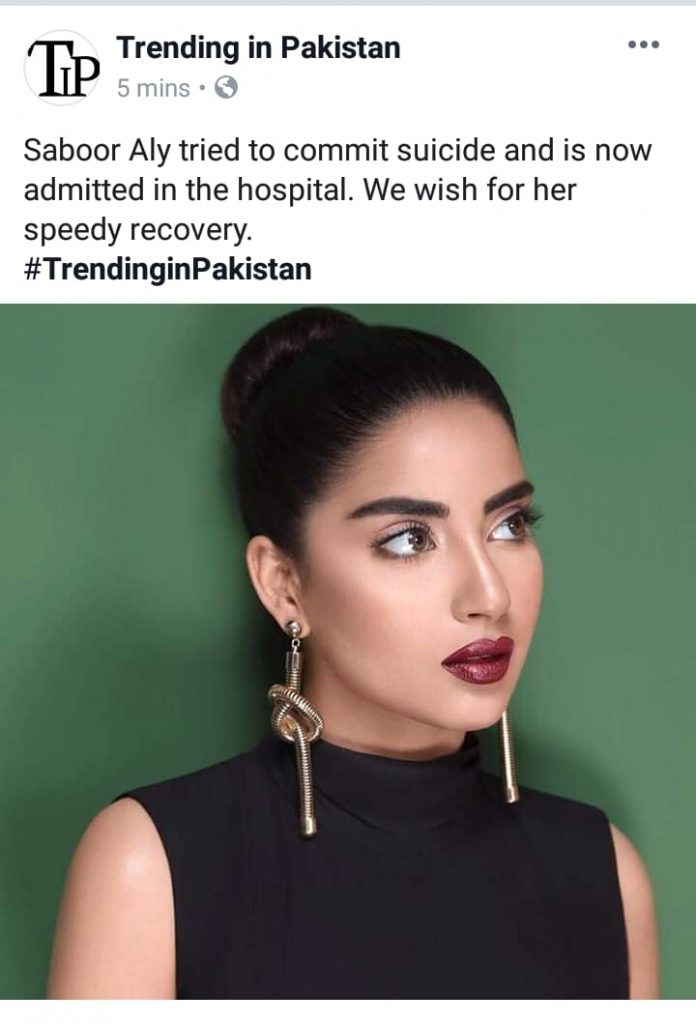 But here’s the real tea you guys, Saboor Ali was sick with food poisoning for which she made a quick trip to the ER, She took it to Instagram to clarify her reason for being at the hospital and also thanked people who sent love and prayers her way.

She also mentioned how a bunch of ‘misinformed’ people shouldn’t spread baseless rumors and how mental health and suicide are not to be taken lightly. More power to you Saboor!