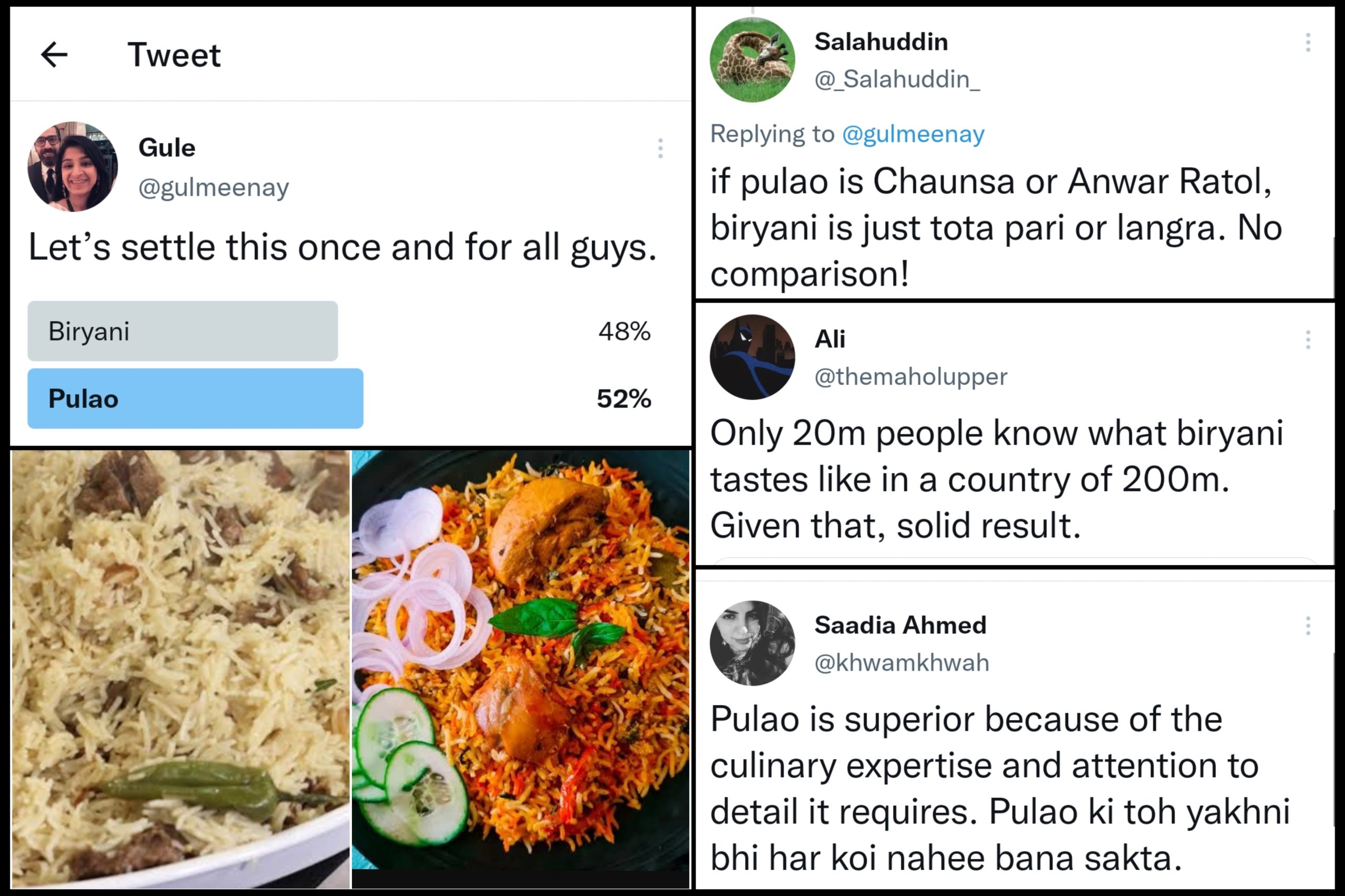 The time has finally come when tweeple are out to settle the hottest debate on Pulao vs Biryani:

Let’s settle this once and for all guys.

A girl on Twitter made a poll to settle the score and surprisingly, pulao has won over biryani, but the question is if people have made peace with the outcome of the poll. Here’s what they’ve got to say!

if pulao is Chaunsa or Anwar Ratol, biryani is just tota pari or langra. No comparison!

Emperor Aurangzeb wrote letter to his son, telling him about his preference for biryani over pulao. pic.twitter.com/oMEcuFM5R5

Achi bani ho toh Biryani ager guzare wala bhi ho toh Pulao chale ga since its a little forgiving.
If I have to pick 1 idk if I can.. its like asking a kid who he/she loves more out of both parents.

Team biryani was not having it!

how tf pulao is winning?! https://t.co/HTy9Sl1AzN

Only 20m people know what biryani tastes like in a country of 200m. Given that, solid result. https://t.co/rO4NvrGMy7

Real foodies dont discriminate. They see all, they eat all and enjoy it. https://t.co/dakpscaDZh

What’s your verdict? Are you team Pulao or team Biryani? Let us know in the comments below!

5 Reasons That Make Ruposh A Telefilm To Remember For The Ages!