The Pakistani television realm gave their fans tons to celebrate in 2021 when it came to hit dramas and larger than life stories. But, truly it were the announcements of what’s to come in 2022 that kept the audience at the edge of their seat. One such announcement was the Haroon Kadwani and Kinza Hashmi starrer telefilm Ruposh that had everyone excited!

Now, with the telefilm under the 7th Sky Entertainment’s banner finally having been premiered under the creative eye of Abdullah Kadwani and Asad Qureshi, it has garnered massive applause for what it showcased to the fans! And might we add, we were equally mesmerised!

From grand production values to an amazing acting repertoire, here’s all that we loved in Ruposh…

There are many films and drama out there which show a brewing love story between a boy and a girl, but Ruposh brings its own allure to the narrative by making it an innovative and awe-inspiring tale. Exploring the passionate and soul-stirring story that also highlights the agonising pain one could suffer in love, the plot follows Salaar and Zunaira as their paths lead them on to a journey of love, sorrow, and understanding.

The will they, won’t they, story of the pair falling for each other despite their personalities being poles apart made the audiences relate so much with the narrative and we for one, couldn’t help control out emotions seeing all of it being played out in this telefilm!

Haroon Kadwani, ever since his debut, has proven that he has massive ability to intertwine with his lady love on the celluloid and this was further proof of it. Pairing with the dynamic Kinza Hashmi, the duo were able to bring the best of each other in front of the camera. Kadwani, as the arrogant and proud Salaar, was perfectly contrasted with the girl-next-door nature of Zunaira, played by Hashmi, making the two stand out for their unique personalities. 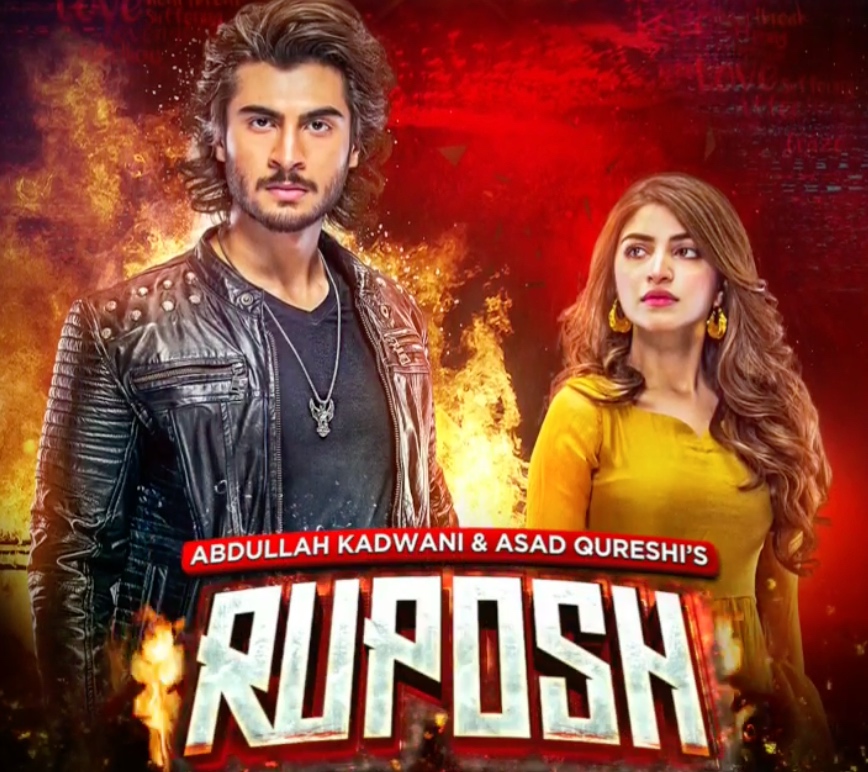 The overall chemistry between the pair definitely made us want to root for the on-screen romance and clashes between Salaar and Zunaira, and we for one, would really want to see the two actors do more projects together!

One of the few production houses who never shy away from creating content that is high on the entertainment value as it is on the production value, 7th Sky Entertainment wowed their fans once again with Ruposh and its top-tier quality. Be it the fast-paced editing that made the telefilm a breezy one to watch, the lighting and cinematography that made it visually appealing or the production design of the sets that made it top notch,  Ruposh was one of the most perfectly-crafted telefilms to ever be aired on a Pakistani television channel.

We can bet that no one has seen an equally captivating and high-quality telefilm being premiered before this!

With the ever-guiding eye of the producer duo Abdullah Kadwani and Asad Qureshi overseeing the project, director Ali Faizan was able to create perfection with Ruposh. The direction value and quality of the telefilm remains top-notch, and the way the actors have been directed and the scenes have been formulated is living proof of the success of the project. 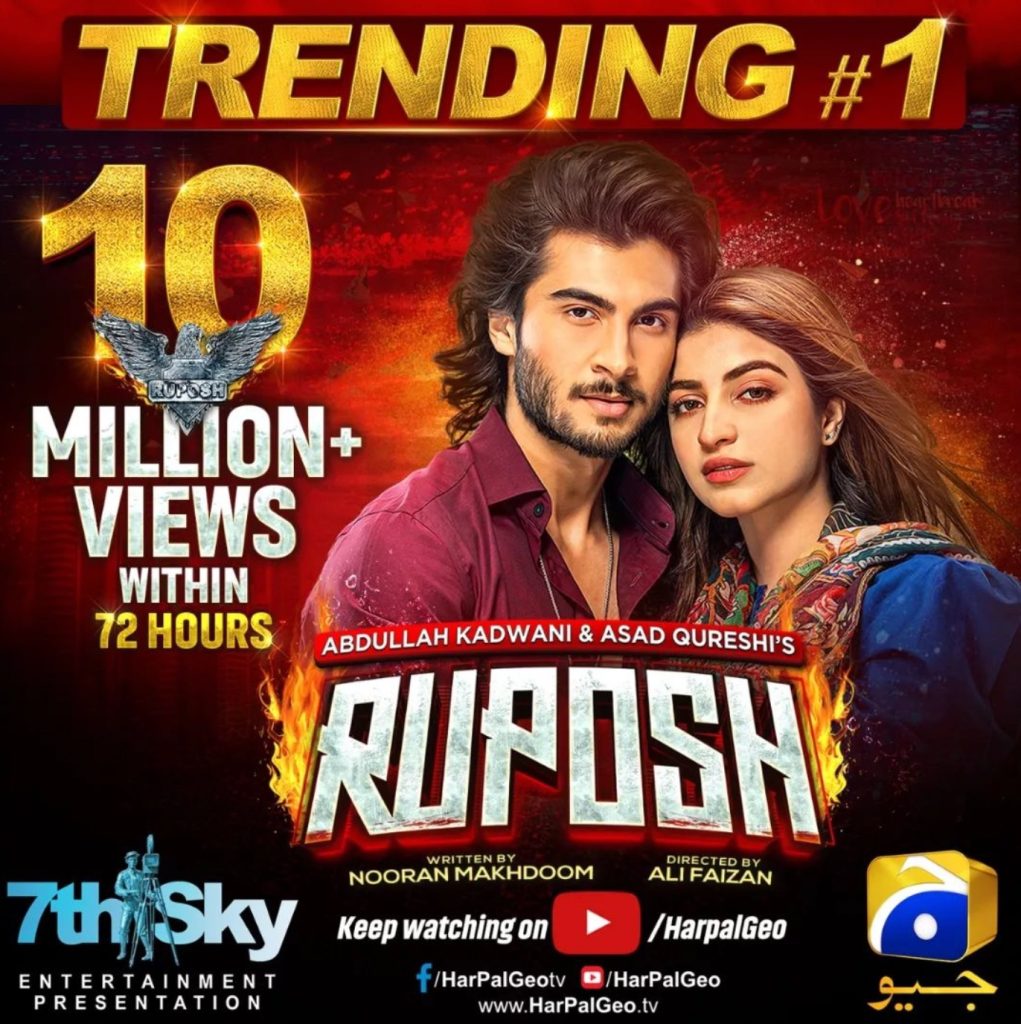 We wouldn’t mind seeing more coming from the team that worked on and behind the camera for Ruposh!

It is impossible to gauge the success of a project without the audience feedback, and Ruposh by that regard is surely a super hit! If you don’t believe us, the fact that the project had the most viewed OST of any telefilm in Pakistan – 6.2 million views in just one month, should be proof enough. If that’s not enough, the first look itself, had 3.5 million views, which is even more than what the Feroze Khan and Iqra Aziz starrer Khuda Aur Mohabbat’s first look had with 3.2 million.

Ruposh went on to further success with a whopping 70.4 Million views  being recorded so far across all digital platforms including TikTok, Instagram and YouTube! Even the reviews and reaction videos of Ruposh have become popular amongst internet users on YouTube globally from India, UK, USA and Germany, proving just how much was it loved!

What did you love about Ruposh? Tell us in the comments section below.

Pulao Beats Biryani After Neck-&-Neck Competition & The Debate Is On!