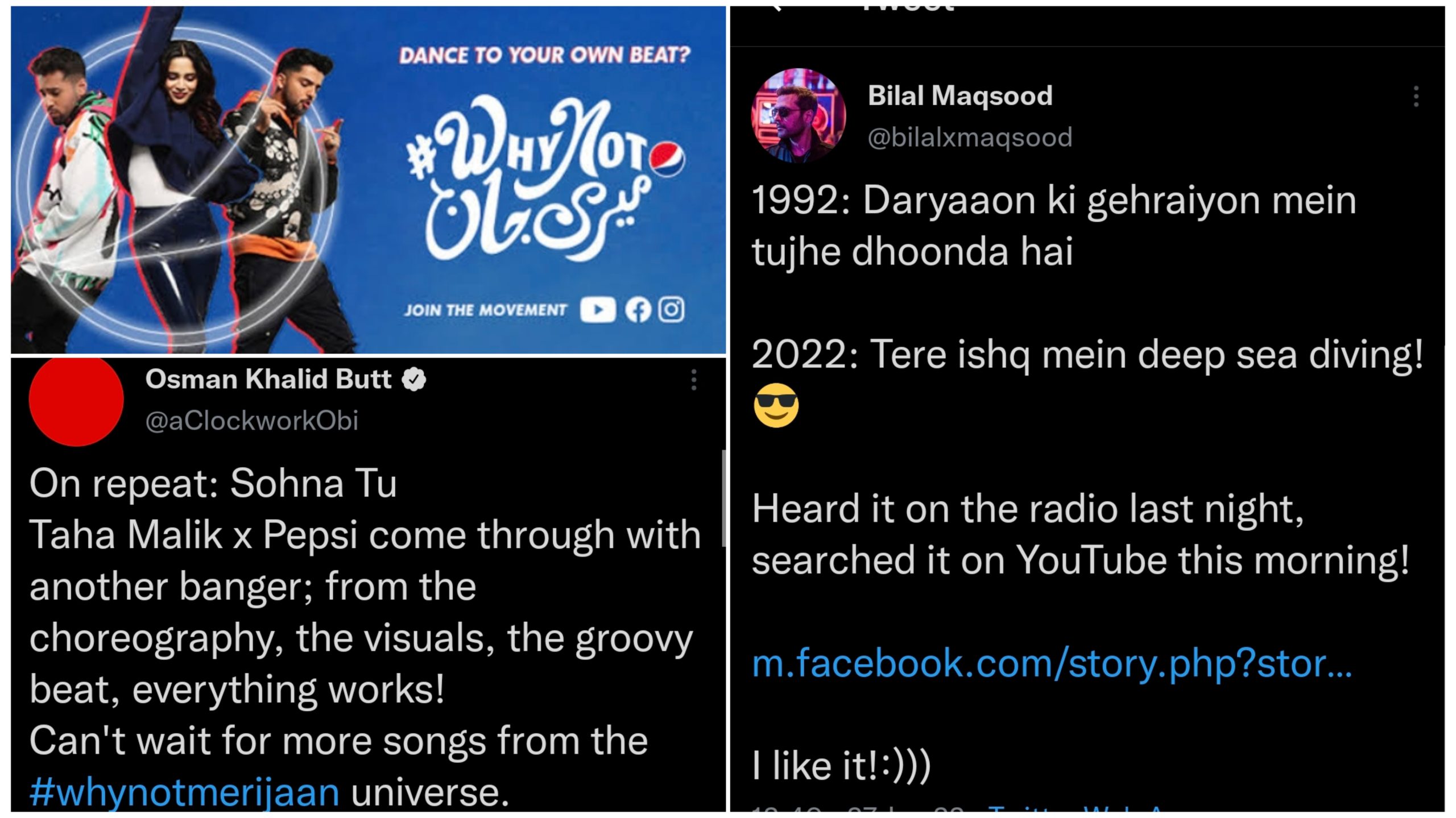 After having the entire country sing along to the iconic Why Not Meri Jaan, Pepsi is back again with another song Sohna Tu. Featuring Taha Malik, Aima Baig, Rozeo, HYDR and Javed Bashir, the upbeat number has become a hit among celebrities and fans who just can’t get enough of the song!

Osman Khalid Butt who himself is quite the dancer loved everything the song had to offer:

On repeat: Sohna Tu
Taha Malik x Pepsi come through with another banger; from the choreography, the visuals, the groovy beat, everything works!
Can't wait for more songs from the #whynotmerijaan universe.https://t.co/XkRaZvAIgz

Bilal Maqsood was amused by the lyrics and they took him back to the thought process he’d put in making one of his songs:

Heard it on the radio last night, searched it on YouTube this morning! https://t.co/CUU6rEI43Z

Mansha Pasha heard the song too and instantly fell in love with the song:

Loving this new song Sohnu Tu by #pepsi directed by the amazing Kamal Khan 💕
Great video and so groovy! https://t.co/QZSzK135T9

Self-isolating, Mansha posted it to her story as well to share how the song had her hooked! 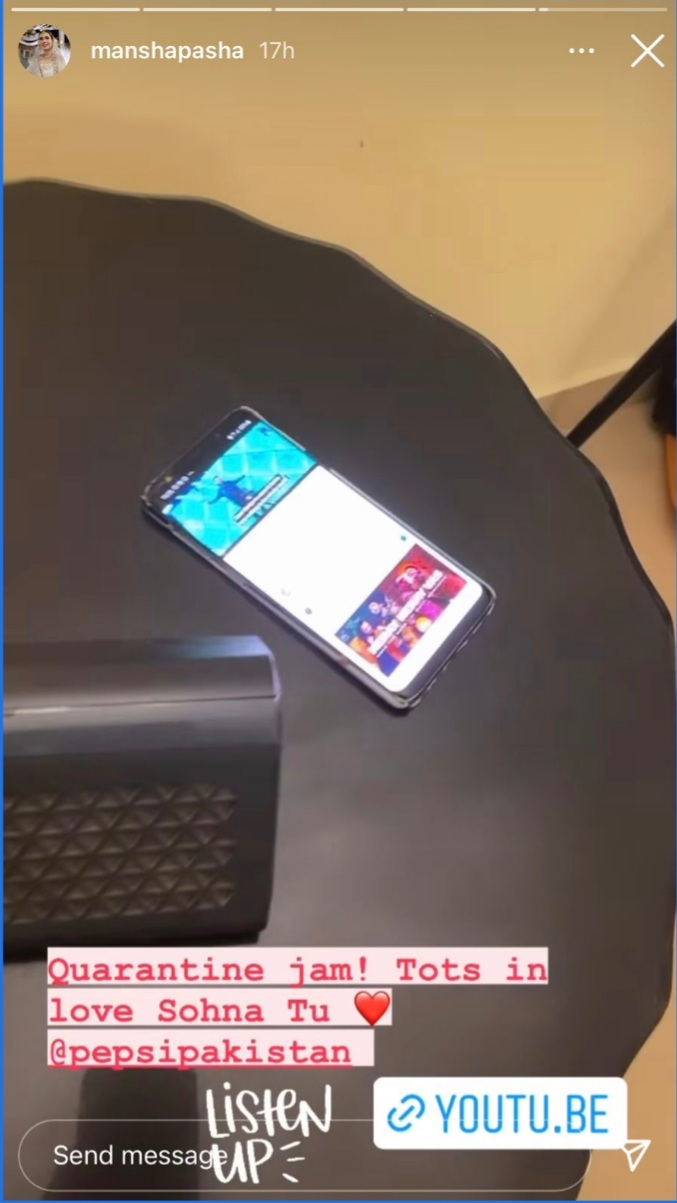 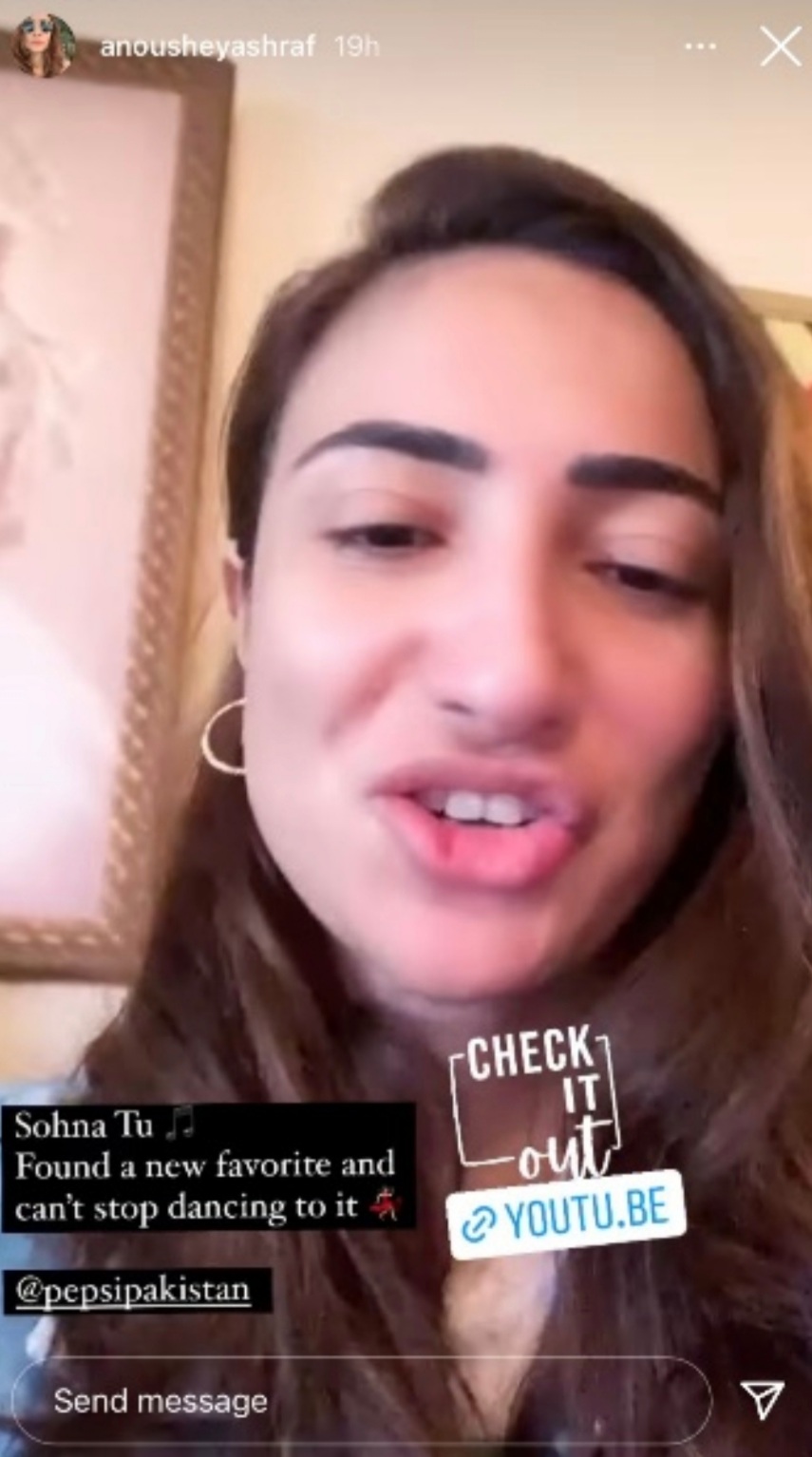 The pawri girl, Dananeer too, shared how Sohna Tu has been dominating her playlist: 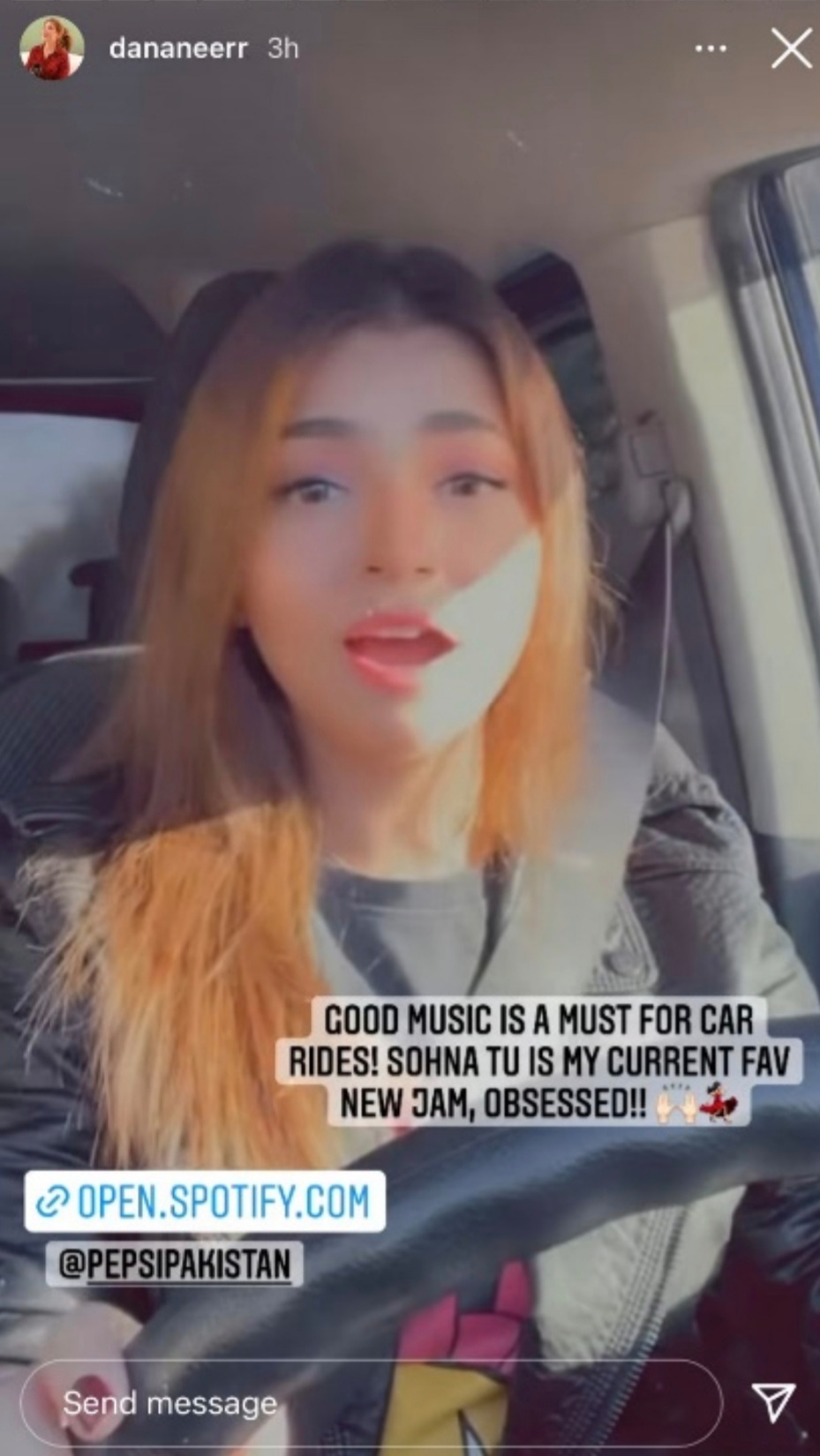 We can generally depend on @pepsipakistan to convey infectious music – and they've done it again with Sohna Tu!#WhyNotDanceMeriJaan https://t.co/uOBJLXSMIn

People were tweeting out their favourite lyrics from the song:

@pepsi if you’re thinking about giving out some kind of award for the best promotional song then listen to this song, think no further, and give it to Pepsi Pakistan. They have literally nailed it. 👏

Just finished a Pepsi listening to it on repeat. 🤩https://t.co/v3eGliAYap

Tweeple were busy singing along!

Pepsi has always been on top of its music game, from boomers to Millenials, and now making its mark in the hearts of Gen Z, Pepsi has always brought something fresh to the table revolutionising the music industry with collabs that one can only dream of and Sohna Tu is no different. With a beat that makes you want to get up and dance to lyrics that are impossible not to sing along to, to the contemporary pop vibe that the fusion has to the choreography, it’s proven to be a great hit.

What did you think of Sohna Tu? Let us know in the comments below!

Pakistanis Share The Most Expensive Gifts They Bought For Themselves & The Replies Are Everything!

#OathForHer Shan Foods Supports Women to Make their Own Choices