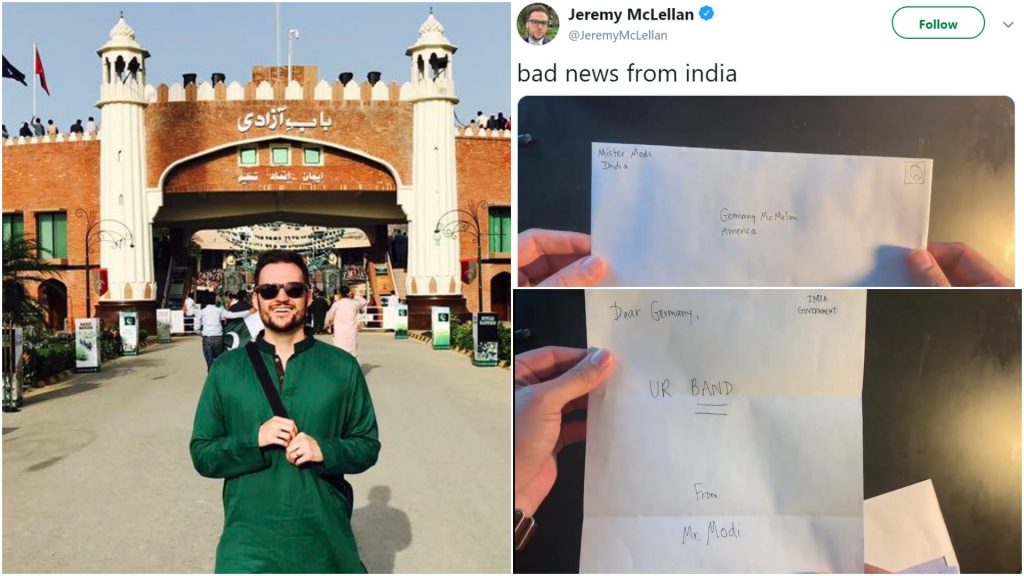 Comedian Jeremy McLellan who also happens to be our favourite Pindi boy and the Ambassador of Biryani triggered the entire India with just one sarcastic tweet. Yes, you read it correctly, one single tweet! 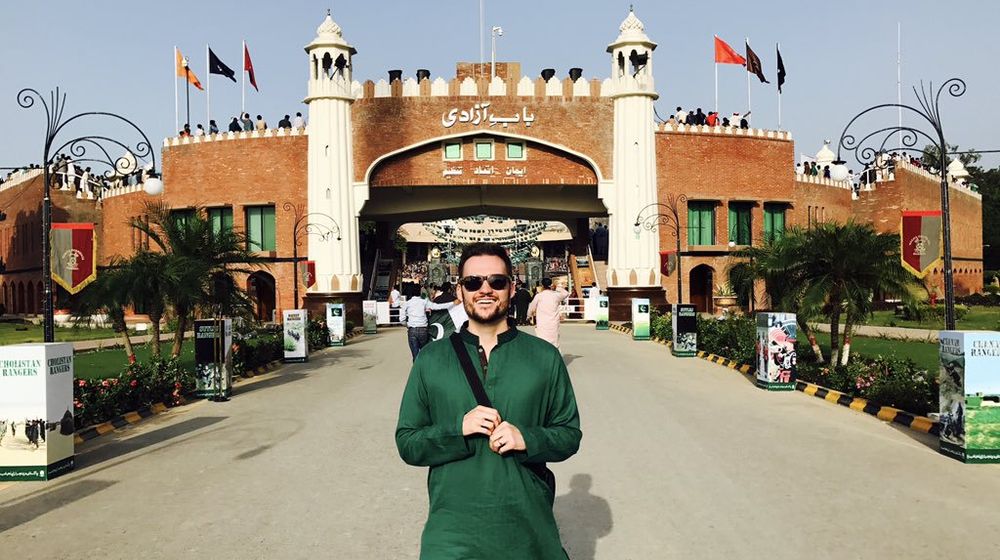 After the verdict of Modi winning the elections came out, Jeremy took to Twitter to express how he will now be cancelling his tour to India and go to Pakistan instead.

Because of Modi’s victory in the elections I have decided to cancel my upcoming 5-week tour in India. I apologize to everyone who bought tickets to my shows but I can’t support this. Will have to go to Pakistan instead.

Knowing Jeremy’s humour, it was clear that he was being sarcastic about the tour and the show in India, but Indians were triggered big time, without even researching about his show…

Requesting my govt @narendramodi @PMOIndia plz 🙏don't allow this man to do his show in our country.. The one who is disrespecting our country our PM must not be allowed in his life time to come in our Great Country.. He is free he is choosing hell (Pakistan) let him go there

Hardly 10-15 people would have booked .. He could have DMed them instead of Tweeting 😂🤣😂

Who needs your support .. bulk of Indians support a dynamic leader like @narendramodi .. I guess you must be a @realDonaldTrump hater too….. please support clintons who created and fed ISIS

After his tweet went viral in India, his inbox blew up! And he shared the kind of DMs he had been recieving

Love getting messages from fans pic.twitter.com/oc03leliLm

He then shared another screenshot of what his inbox looked like, because fans 😂

And boy oh boy, his inbox was full of Indians swearing at him…. But he came back at them in the most savage way!

You go Jeremy, we all love a good pre-independence joke!

As expected most of the replies to his tweet were Indians straight up abusing him, and his Pakistani fans defending them.

Mr. Jeremy Buffoon McLellan making jokes on India and Modi so that u can get more followers and sell ur tickets. We have few Indian versions of you called as @one_by_two and @kunalkamra88. Tell u what u may come to India if u agree to take these clowns along with u when u go back

Many said they wanted to ban him from coming to India, to which Jeremy responded with a letter he probably received from Modi and we can’t stop laughing!

And despite there being so many hate comments, Jeremy came back at each one of them so hard!

Election is over so the BJP IT cells have a lot of free time. Keep going lads.

Also, the fact that an actual journalist fell for his joke had him in tears!

Actual journalist I am dying https://t.co/GSu7noYS9w

He also shared his brief convo with Modi…

Modi called me last night to beg me not to cancel my Indian tour, offered me millions of dollars to change my mind, but I couldn’t do it. Not everything is about money. Maybe after the next election I will reconsider. https://t.co/wKDjti30ph

Haha, I bet they all do!

You know who I am now https://t.co/pTZFEZzO5a

He even tweeted out his email address to people asking…

With that being said, Pakistanis as usual were all praise for their favourite Pindi boy.

The joke’s on them!

Jeremy McLellan is such a legend. There was no India tour, he managed to trigger the entire BJP Twitter. 😂👏🏽 pic.twitter.com/OHQFazcRv7

😱😱🤦🏻‍♀️ they are still taking this serious 🤨

And I mean of course, there’s every reason to take him seriously

Of course. It’s not like I’m a comedian or anything.

Some were all praises for Jeremy for being more Pakistani than actual Pakistanis.

Wese sach mein this guy is more Pakistani than many of our celebs, Itna to humare apne actors ne kabhi himmat nhi ki India ke khilaaf bolne ki ke kaam milna na band ho jaye. I salute his courage that he speak about something which he didn't….#jeremyMcLellan ❤️🇵🇰 pic.twitter.com/ncA3cd3AJP

After what seemed like an eternity of triggering India, Jeremy sent out a really not-so-subtle tweet to everyone who thought he was being serious all this time.

Actually pretty sad when a bio says they "majored in sarcasm." Took them 4 years to learn sarcasm.

He then took another dig at them mentioning the courses that the degree in sarcasm had to offer, yet another example showing how great he is at sarcasm

5 performances by Fawad Khan that blew us away