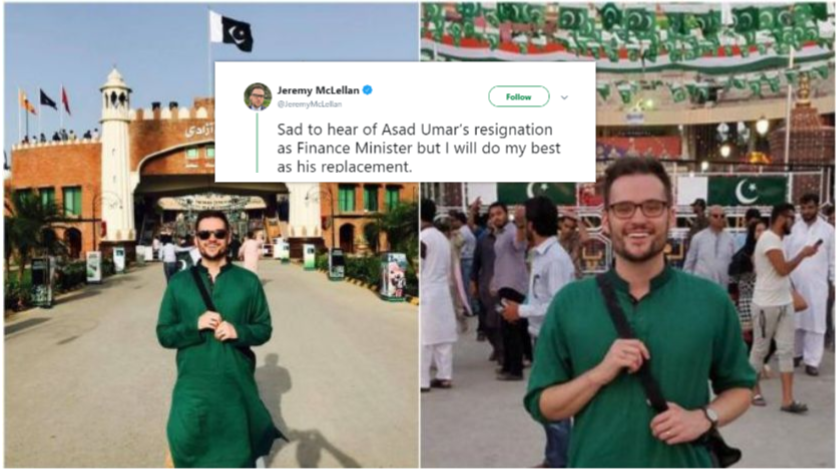 As part of a cabinet reshuffle PM desired that I take the energy minister portfolio instead of finance. However, I have obtained his consent to not take any cabinet position. I strongly believe @ImranKhanPTI is the best hope for Pakistan and inshallah will make a naya pakistan

Jeremy McLellan who is the ambassador of biryani and pindi boys ever since his visit to Pakistan, is always there to save the day! After Asad Umar resigned, Jeremy is all ready to take up the ministry.

Sad to hear of Asad Umar’s resignation as Finance Minister but I will do my best as his replacement.

And not just Asad Umar’s but also Fawad Choudhry’s ministry!

Wow: Fawad Chaudhry out as Information Minister as well. Can I really do both? Big challenge but I accept.

And people were amused!

Sorry! NEPOTISM IS NOT ALLOWED IN NAYA PAKISTAN. 😎

Ministries are comedy now, you're welcome.

I support Jeremy for ministry of finance 😂

Thankyou so much, we were so worried 🙁 like REALLY worried

So now IK is bringing his son into politics. Right Jeremy😂

10 times Zara Noor and Asad Siddiqui made us believe in true love!