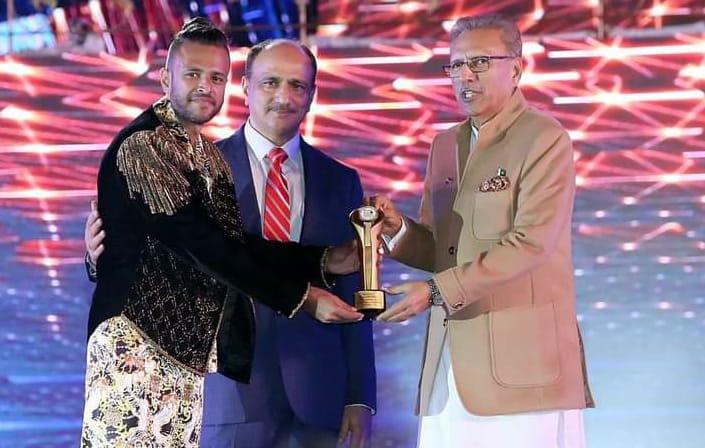 Ever since I heard him saying that he takes criticism as a chance to be better in one of his interviews I remember thinking that his work is going to be the talk of the town finally I sat down with him and talked to him about his work, his vision and inspiration for what he does. What is fashion for him & his fashion philosophy?

Hassan is in the industry for the last 12 years. Initially, he started his career as a fashion designer but he says fashion has a very fast pace & to portray your fashion in the right way one needs his direction whenever he used to go in a lot of shows he was finding a lack of the right direction required to each particular collection of a designer. So this kept on building a lot of things in Hassan’s mind & one day just out of the blue moon at his show. He asked the show director & choreographer if he can have his input so his collection could be portrayed in the right manner. As a result, it turned out to be a great thing, and from there, his journey as a creative show director started. He believes that this confidence and boost is given to him by non other his mentor Saeed Tamimi whose mentor ship helped him a lot to boost.

When we ask Hassan what was his learning process throughout this shift he told us that from his early education days he had always been into designing & conceptual work which requires a lot of hard work & aesthetic sense. So to him, it was the right time when he thought that Gen Z needs the right contemporary new thought process, new ideas & concepts which relate to his ideas & concepts too so that is the time when he realized that he should go into direction. 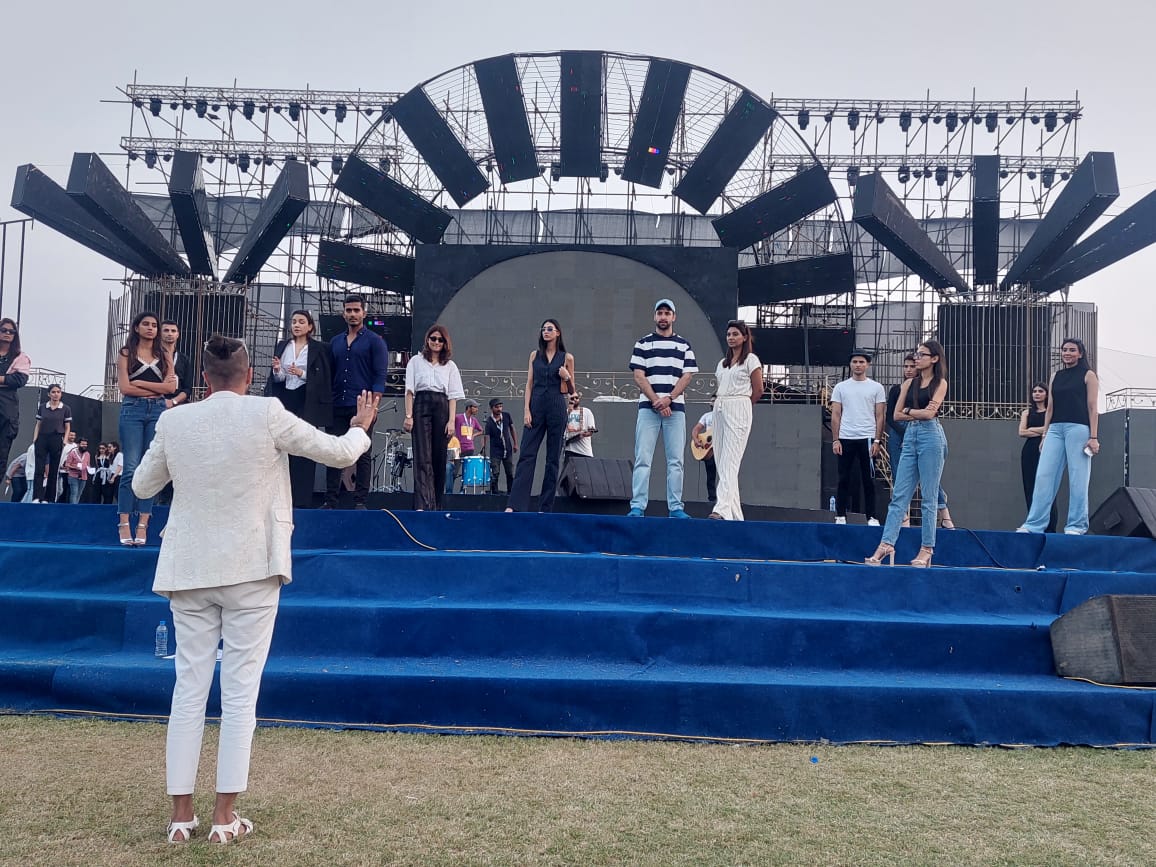 The process is never easy but in every process, you take your time & learn from your seniors.

Hassan is someone who takes inspiration from his surroundings and then creatively puts it into his work. He believes that Gen Z designers or Gen Z society inspire his work because they could relate to his thought process as they are going through it.

He gives credit to the fashion fraternity seniors whose work has inspired him and he says we have some great names in the country who have produced directions and projects that have worked to improve our country. Upon asking about his one favorite director who inspired him the most he was polite enough to mention Frieha Altaf & told us that her work has somewhere inspired him in the past & even.

Hassan believes that new thoughts are just been added on but the tips always remain the same so senior’s tips, their way of working and getting everything together as a director have helped him to be a director for Gen Z.

Upon asking about his thought process when he choreographs a show & does he takes inspiration from different cultures? The ingenious spoke about setting the base correctly so for any of his choreography for the show he starts up with the concept first & builds his concept & then he just plays around with that.

Building a concept requires a lot of energy because that is the real paperwork you do before any of the execution. It is exactly like the calm before the storm but this one is planned. We go step by step and create a concept first that people get inspired from & yes we do get inspiration from every single part of our culture & how we collaborate it into one is what brings up the right kind of direction & choreography, he added.

Speaking about the process the punctilious say our process is the same as everyone but we put our efforts into little details that a lot of directors may not look into. 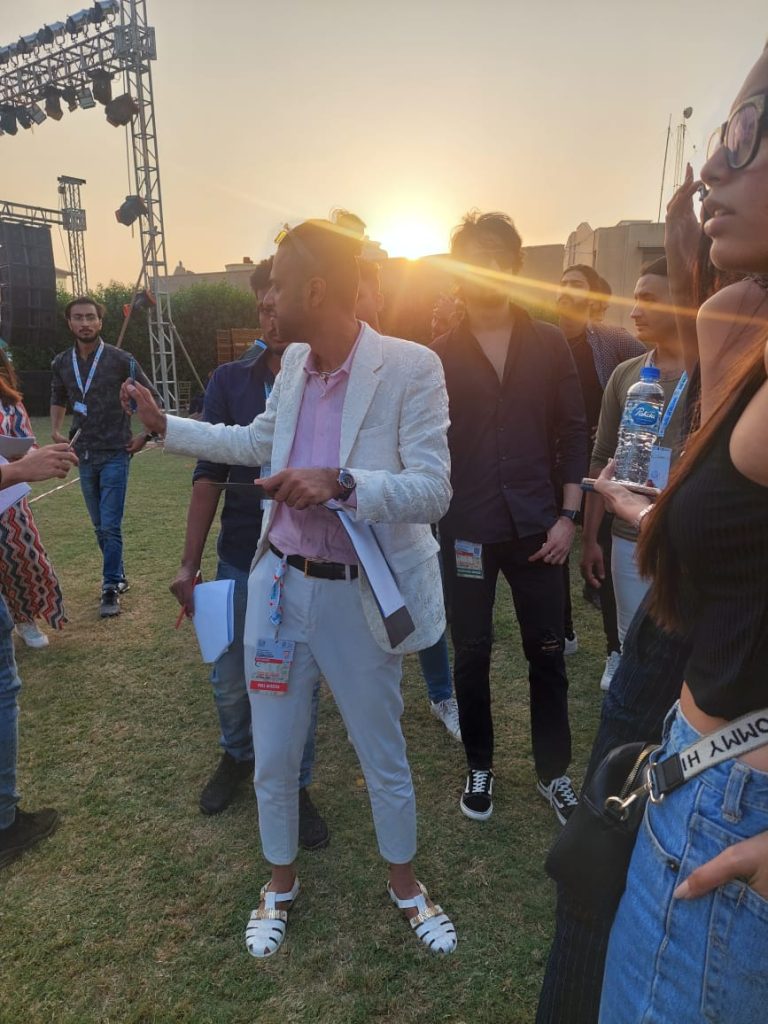 We work on the progressive thought process rather than regressive.

Hassan says a lot of people tend to think that designers are aliens & ideas just come to them out of blue moons, he grins. But the real fact is that creativity lies around every minute and it’s just how you perceive it, how you see it & from where you see it.

I know the right spots where I give my creativity & philosophy & I work on it day and night & what helps me in keeping my creativity alive is my dedication and how I want to change every day, I want to keep changing things, and I want to create new environments every day

I take each day as a new day of creativity & I challenge myself so I can do better than my previous results, he further added.

Hassan’s creativity philosophy is “Be you”. He strongly believes that when you will be yourself you will create stuff. You will do things that will look different so to him being creative mantra is to keep yourself like your own genuine signature. He calls himself a fashionista so to him fashion is his life. 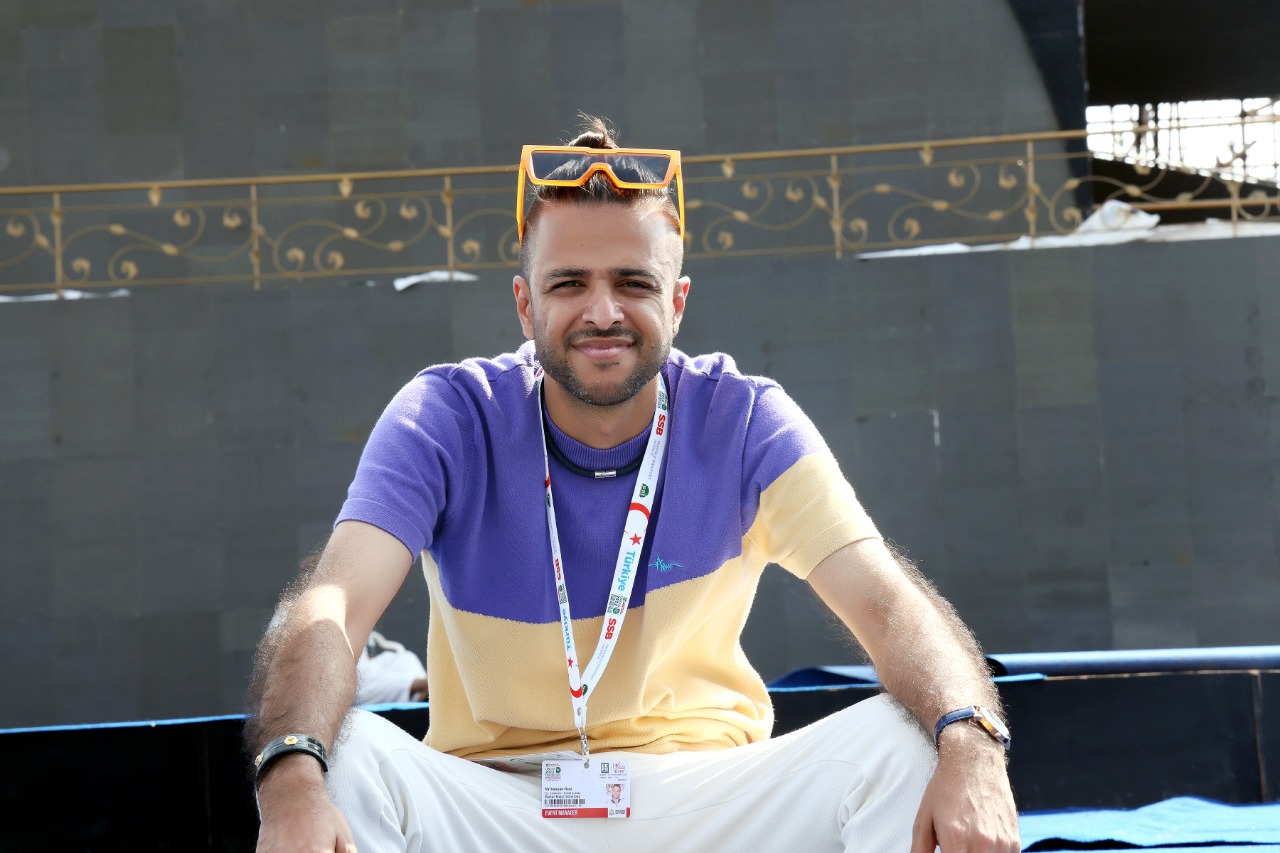 Besides pursuing his dreams, Hassan does know well how to tackle all the challenges that come his way. He says the market is getting very competitive & we live in an industry where monopolies are set & a lot of people are there to take the credit even if they are not linked to events so the only way to survive in such a competitive market is to be composed & take your decisions at the right time.

We also asked him what advice he would like to give to aspiring directors and what he said about what he does when it comes to his work. Focus on the mini details, if you can handle them well, you will do great as a director.

Moving to his future projects, he was happy to share with us that he has some national & international projects aligned. But he would like to keep them as a surprise because he is a firm believer in “The early you tell the more mess it creates” so if he tells every little detail about the projects as he said earlier monopolies will be made. So let’s just keep them there and see Hassan take it further. 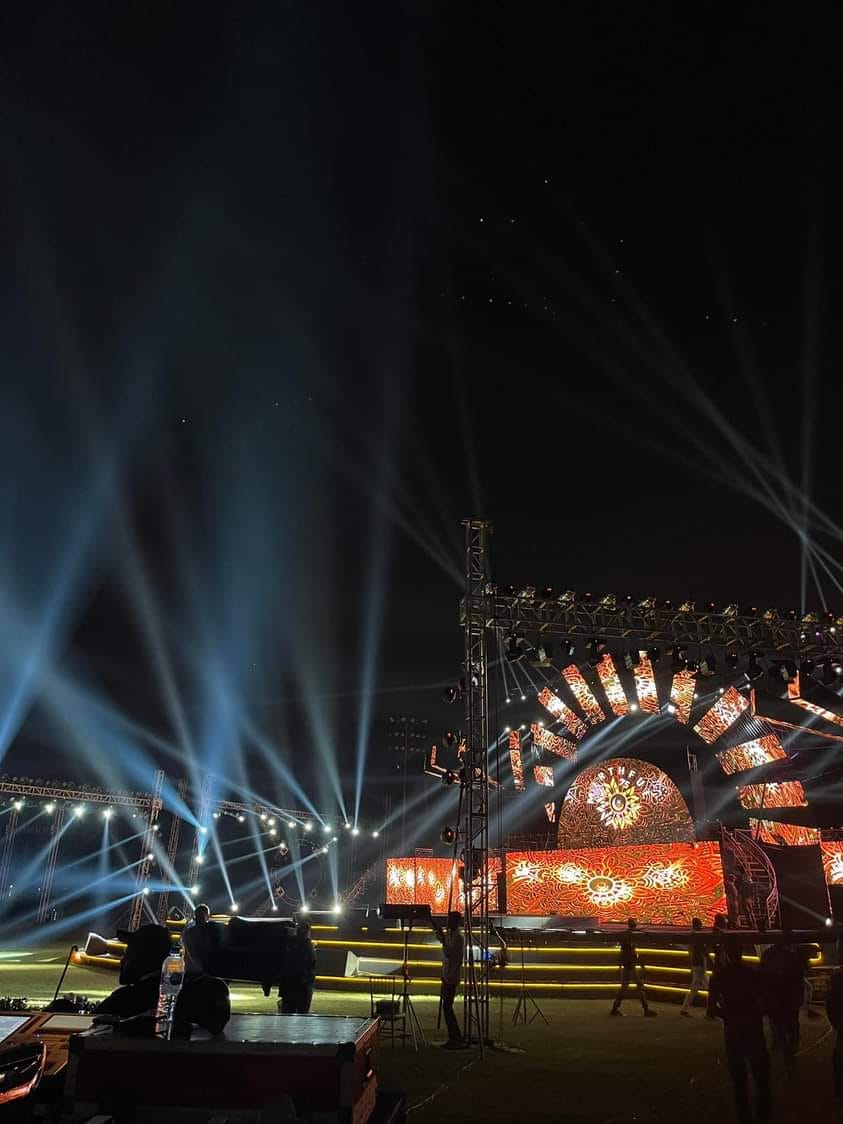 Superbly talented Hassan Riaz has got everything a creative director required to execute a successful show. He is a man with a brain and his work speaks for him. We could not be more proud of this young boy who is making his way in the industry and making Pakistan proud on international platforms. We wish him luck in his future endeavors.