E​ntertainment
3 weeks ago
by Diva Magazine
0

The past, never remains in the past. Its tentacles may be found in the present and Vidya is out to grasp them.

Vidly.tv announces Sevak, an original action thriller web series based on true stories. The global OTT platform hails the series as an anthology of intrigue and nail-biting suspense. Inspired by true events, the series stars ace talent from the region. The series is brought to life by the amazing partnership of writer Saji Gul and director Anjum Shahzad. 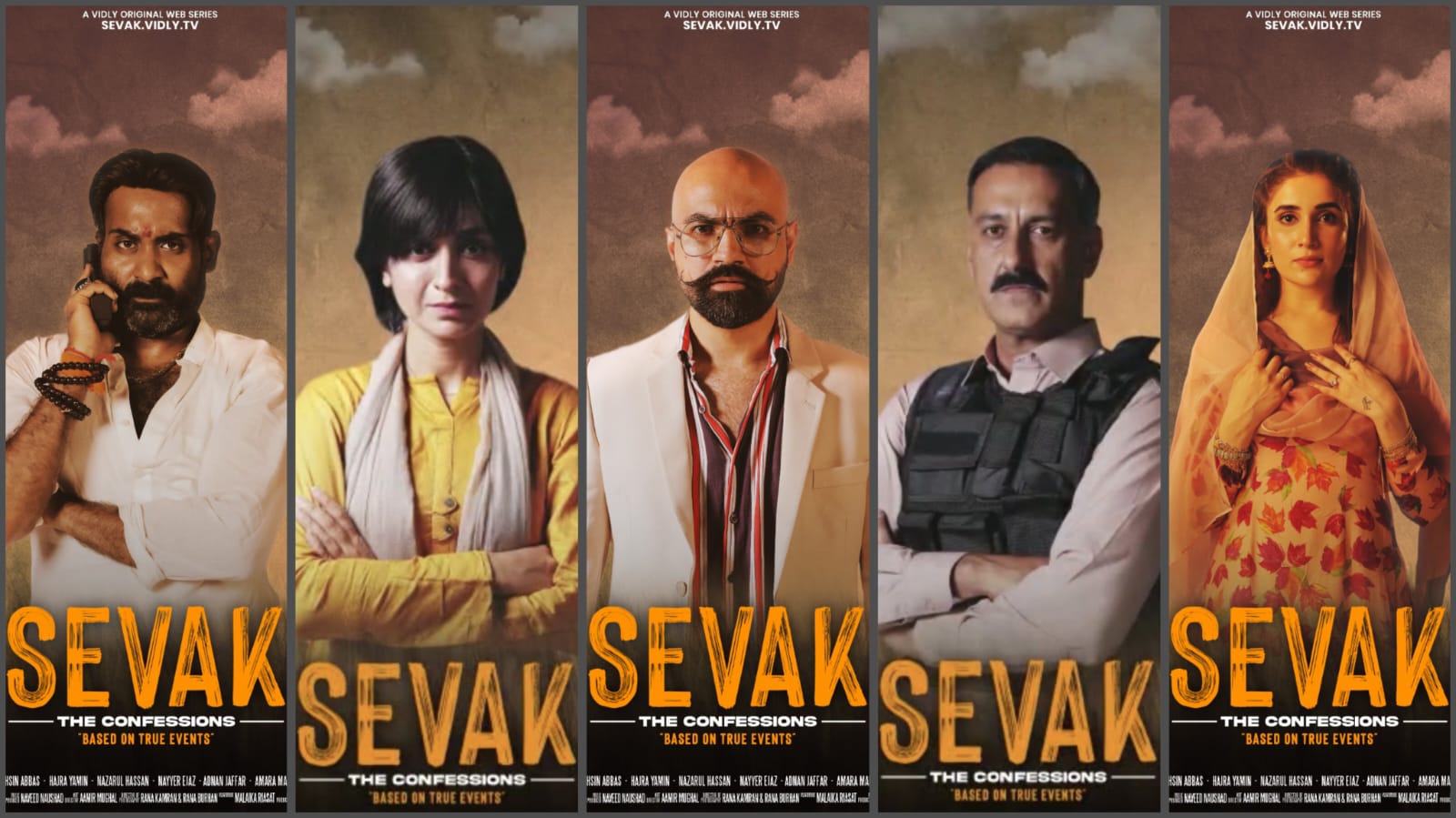 This historical action thriller is based on the true story of an assassin. It follows the journey of Vidya, a journalist, in a quest to find out the truth behind the film star Jeet Singh’s death. She is aided by Mannu, a key informant.

Mannu, leads Vidya on a path to reveal the dark secrets of Jeet’s death. Vidya unwillingly enters the labyrinth of Mannu’s tales encountering many ghosts of his past. The stories shared by Mannu unravel the horrors of hate crime, atrocities and genocide. As truth is revealed both of them find themselves in danger for their lives.

Three tracks and eight stories intertwined with scintillating murder, mystery and espionage, Sevak is based on a keenly woven tale of terror and deceit, which intends to thrill its viewers with action and suspense in a time travel set within the backdrop of true events between 1984 and 2022.

Sevak enters the realm of a biopic action thriller with screen-stealing performances from its main ensemble, which will keep the viewers hooked all the way. The series takes a bold visual approach, building an overbearingly eerie tone as the fates of several characters hang in the balance.

This eloquently stylized espionage thriller draws on a strong plot and uber talent of the cast to deliver an elevated historical action series, never seen before. It explores and reveals the true antagonists behind the events of deceit, terror and crime, that leaves the audience with an urge to know the full story.

Sometimes, to see the truth, you need to walk the path of darkness.

Audiences will be able to watch the series, streamed via the Vidly.tv app (iOS, Android, Apple TV) and on the web at https://sevak.vidly.tv.

Watch out for Sevak on https://Vidly.tv/sevak