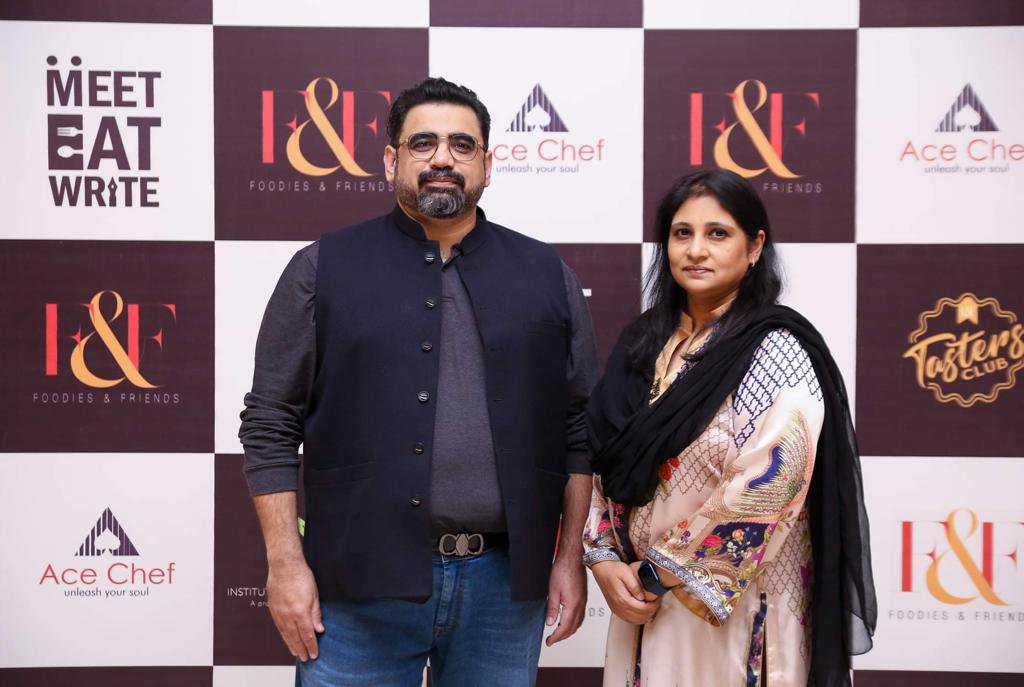 Foodies & Friends (F&F) is a closed community on social media established on August 14, 2017. The Group was founded by Khurram A. Khan with a dream of creating a Platform where people would be able to succeed and exceed. The team members behind the success of this dream of Foodies & Friends other than the founder, were C0-Admins Ahmed Hasnain, Tehmina Noor, Mahwish Ahmed, Sadia Kashif, Asma Khurram and the Creative Team headed by Nisa Anwaar. The purpose behind this initiative was to do advocate creative work, especially to promote the talent of people and help them explore their skills, abilities, and strengths to present to the world. This was based on a pure objective to promote Pakistan’s food and culture and the hidden talent of Pakistani women and spread to the community that work could be done without any greed or exploitation of others. A huge number of people have gathered and interacted virtually on a single platform started by the F&F team promoting healthy activities all over , giving people relief from their exhausting work schedules. 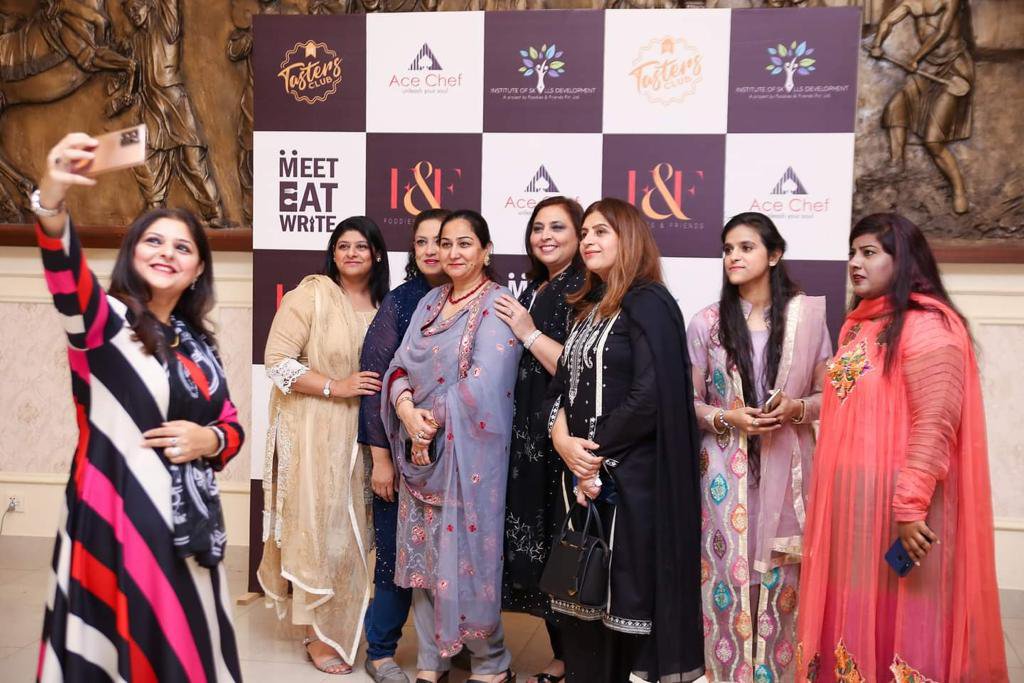 Facebook, with both its group and page, and Instagram are the social media platforms where F&F has proved its success in such a short span of time by captivating a large audience. It is a page that organically achieved an audience of almost 93,000 compared to other Facebook pages that rarely achieve this level organic audience. Over 72% of its audience is aged between 18-34 years and includes the members from the three major cities, Lahore, Karachi, and Islamabad. Over 500 user generated posts can be seen on daily basis, and each post garners around 5000 comments and 10000 reactions. Its average daily active users are around 46000, making it one of the biggest communities centered around food on a single platform in the country.

In today’s era where everyone is so busy that one hardly gets time to plan for refreshing activities, and almost everyone is so focused on their goals, that they forget to take a moment to relax. Especially with the damage that we all have faced during the time of Covid 19, how our mental state has been affected and in this scenario we direly need such platforms where people can interact for a positive purpose, promoting a healthy environment, encouraging, and motivating people to identify and show their strengths and appreciate each other’s skills and abilities. Engaging in such competitions or activities arranged by F&F team gives a break to the people from their hectic routines. 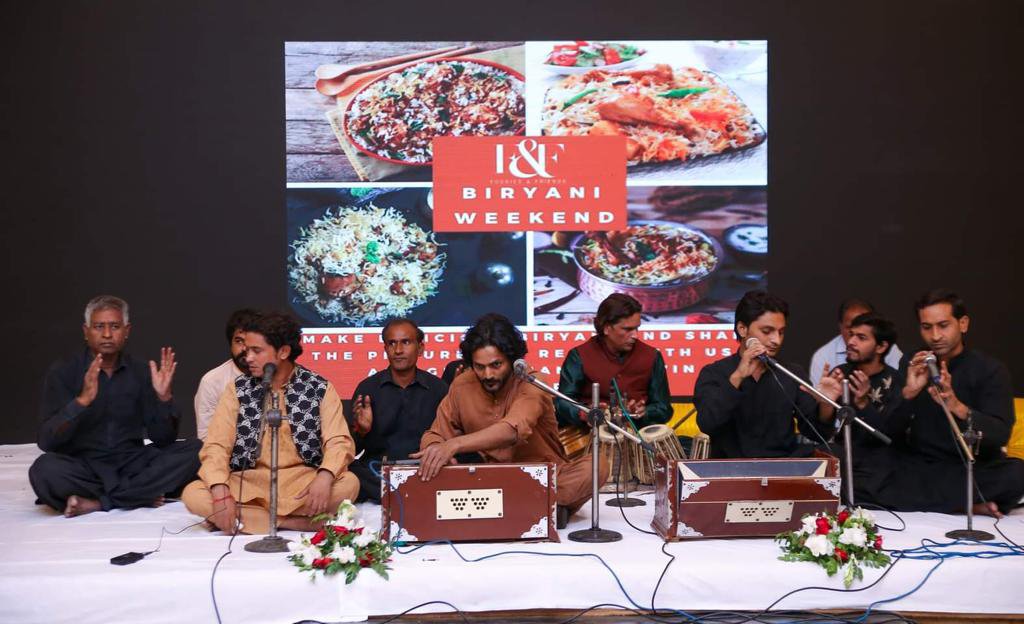 F&F team has been so determined towards achievement of their objectives that they put in all their efforts to come out as a story of huge success. They took all the initiatives according to their ideas and promoted their platform by arranging different activities and competitions that help them in achieving the fame they wanted. In result of all this hard work, in the Second Food Excellence 2019 awards ceremony held on 19th of November 2019 at Sindh Governor House, F&F was among one of the nominees for Best Social Media Platform in Food Category at Pakistan level, going on to win the award. It must be a proud moment for the F&F team that in just a span of 2 years they were able to achieve the goal of being recognized as one of the leading social media platform at overall Pakistan level. 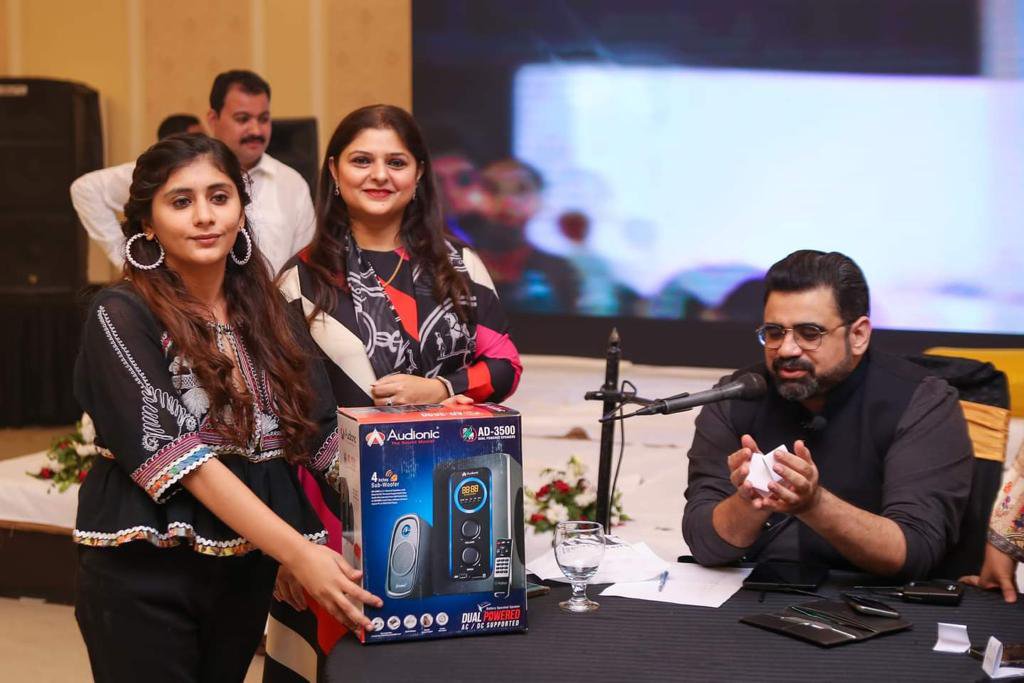 One of the programs started by F&F team was “Meet, Eat and Write” (MEW) in Lahore which resulted in great success. Afterwards they expanded it further to other cities, namely Karachi and Islamabad. For this program they collaborated with International Institutes mainly related to food and culture focused in countries like Turkey, Malaysia, Lebanon and France. Through this program, the F&F team would get a certain budget on a monthly basis which they had to spend on any food or cultural activity and write reviews about it and send to the institutes. Another initiative of Foodies and Friends team was the establishment of the Institute of Skills and Development, which is focused on helping people grow, motivate them to be a better version of themselves and learn from each other. “Tasters Club” is also in the list of initiatives by Foodies & Friends. The people who join this club include those who are true foodies, who love to explore, who are willing to work on enhancing knowledge and experience, and who are loyal F&F members. “Qabeela-e-Muhabbat” is another occasional program by F&F team in which events are organized by F&F duly hosted by the group Admin and all participants join as guests, without having to purchase tickets. 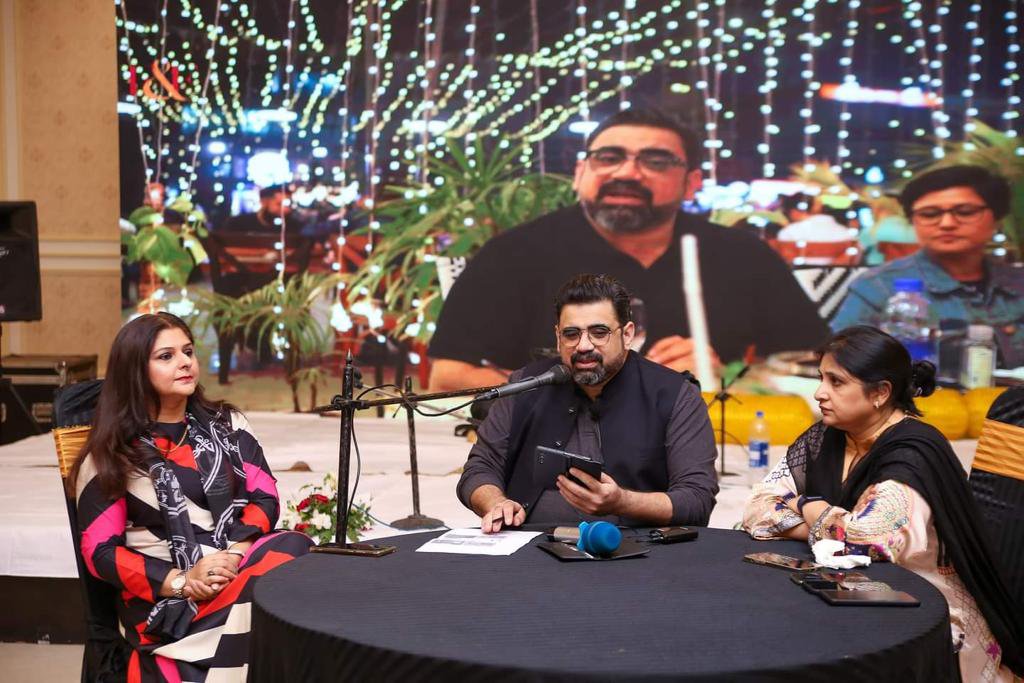 Moreover, a Grand Family Festival and Tambola Night was arranged by Foodies and Friends in 2019 at DeSOM. The objective behind this event was to bring together food lovers, providing them a platform to experience the best food in town. Different competitions and activities were held in order to make the night more interesting and exciting for the visitors. This event proved to be a big success for Friends & Family accommodating more than 5000 participants. Numerous activities were a part of the event.

F&F is regularly organizing Events for its Members across Pakistan. In recent past, an Event was organized at Floating Deck near port Grand, Karachi where members enjoyed music in midst of the sea, followed by scrumptious dinner. Another event, Qawali night was organized in Lahore, a sensational and joyous part of the event for the participants that was also followed by an appetizing dinner. Then Tambola competition took place in Events (totally free for members) that was highly relished by the participants. There was a range of various prizes allotted to the winners of the night to cherish their victory, which included Bluetooth Speakers, Smart watches, Unstitched Suits, Leather products, Group Souvenirs and LEDs & Cellphones as Bumper prizes. In the events or competitions arranged by F&F, members get appreciated for their efforts and get duly rewarded.

That is not all, the Foodies & Friends team has not only a degree of responsibility for the economic consequences of their activities, but also considers the social and environmental implications. For this purpose, they have established various food camps for the provision of neat and clean food to the deserving members of our Society. Distribution of Grocery to the needy is another effort by the F&F team. The Foodies & Friends team is enthusiastic to support any kind of new startups, so they encourage them through giving publicity to their skills and help them in their growth.

Aryan Khan Finally Gets Bail & Pakistani Mums Are The Happiest!