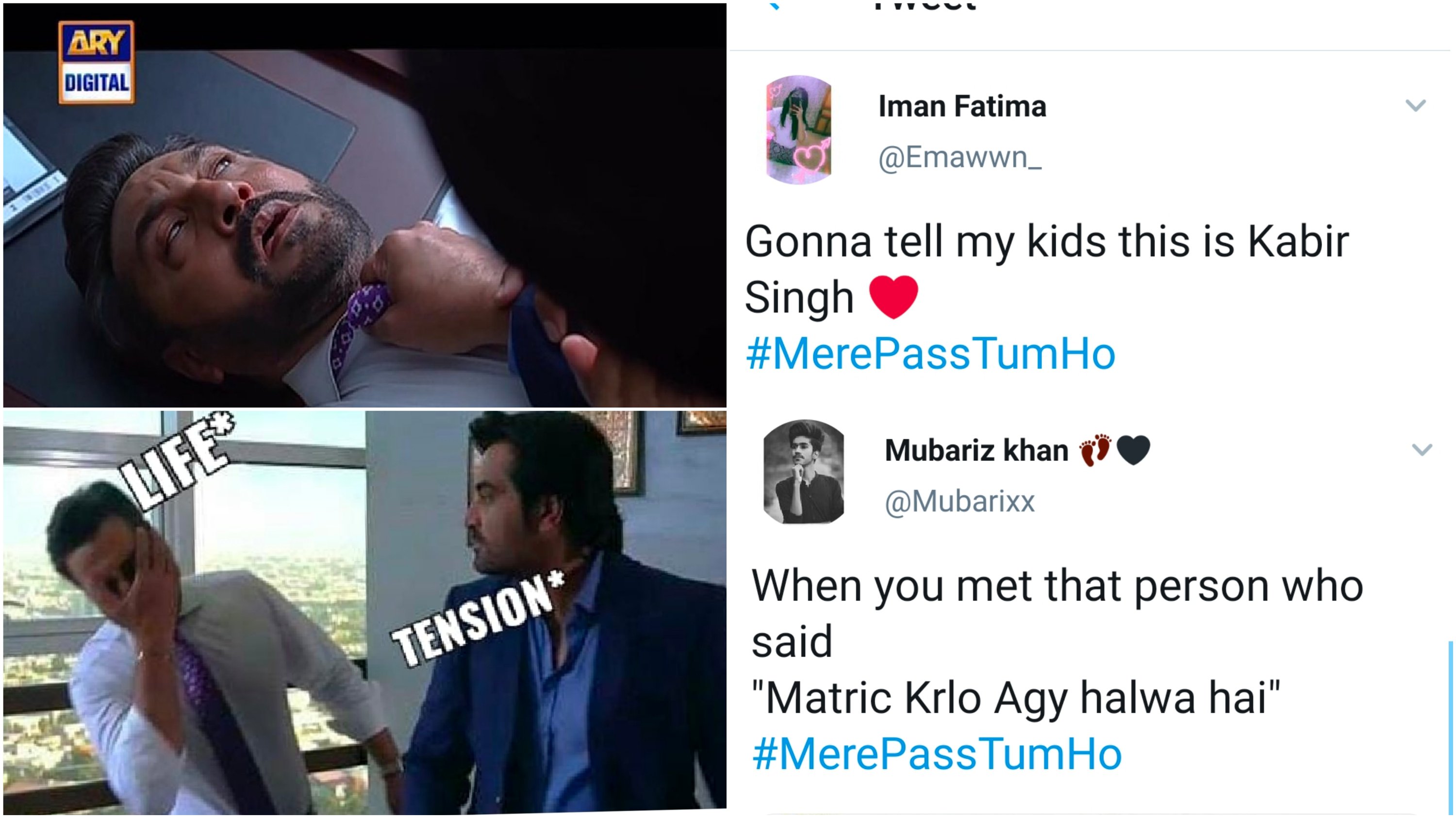 If you’re an avid Meray Paas Tum Ho fan, the latest episode has probably had you on edge throughout and even if you’re not an avid watcher, you’d have seen the scene all over social media since Saturday!

With a development so intense, people are living for Danish and Shehwar’s little meeting:

There were countless memes on the situation 😂

Living for the ‘Danish effect:’

Fans finally got what they’d been waiting for:

A thappar that was long over-due:

People even had memes on Shehwar and Mehwish romancing:

When mum gives you a dose before heading out to an event:

People were also loving Rumi and this epic dialogue by him:

You are not my strengths
You are my weakness..🌚#MerayPaasTumHo pic.twitter.com/zdR2OqhEi3

#MerePassTumHo
Never underestimate the power of a common man 😂 pic.twitter.com/5LYYby0qSd

Desi parents entering your room when you don't open the door for them:#MerePassTumHo
pic.twitter.com/FfoJghxcgn

Gonna tell my kids this is Kabir Singh ❤️#MerePassTumHo pic.twitter.com/6KOz7YX2Da

People were loving this side of Danish for Rumi:

And it’s gone out of the stadium, what a beauty!

Definitely thappar of the year:

People were also loving the dialogues:

People wanted to know if they’ll be getting more of the WWE scenes in the coming episodes:

Do we get to see more WWE moves in the next episode? Hope so 😀

But the answer was no 😑

Even Hira Tareen turned out to be a big fan!

Did you like the scene as much as we did? Let us know in the comments below!

Diva Jukebox: 10 Songs by Abida Parveen Which Are Eternally Soulful!