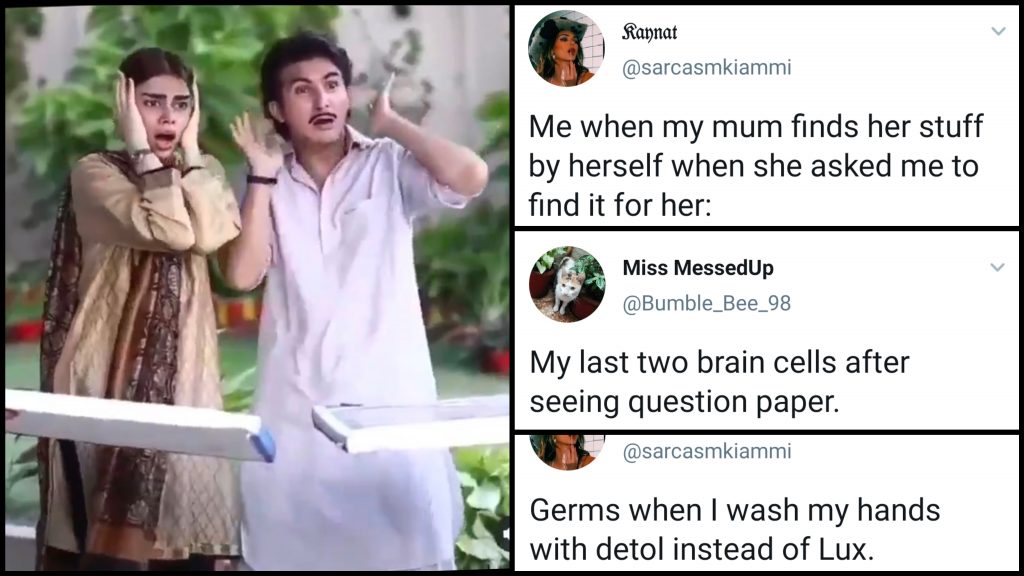 A BTS clip from the telefilm has been going viral on twitter and people have the funniest things to say!

The Subzwaris when someone tries to educate them about common sense: https://t.co/bH7k3WBdyH

Germs when I wash my hands with detol instead of Lux. https://t.co/mGjRziW2Hm

Some threw shade at the liberals:

Pakki liberals when they have no reference to carry on the argument. https://t.co/mGjRziW2Hm

How do things magically appear when mum looks for them?

Me when my mum finds her stuff by herself when she asked me to find it for her: https://t.co/mGjRziW2Hm

How people show outrage over something and the speed with which they get over it https://t.co/O6XBkmKrDD

Meme for a meme!

If you know, you know!

when you support a killer in the name of religion and see him coming after you next: https://t.co/FybWsirnsM

Some found their acting to be straight up embarrassing:

IF OVERACTING HAD A FACE. https://t.co/0eYsAlZxs7

The Subzwaris when someone tries to educate them about honesty and loyalty: https://t.co/zgG0xK0Dhb

What do you think about this meme culture in Pakistan? Let us know in the comments below!

#EndEducationalLockdown Is Trending & Students Demand The Reopening Of All Educational Institutes