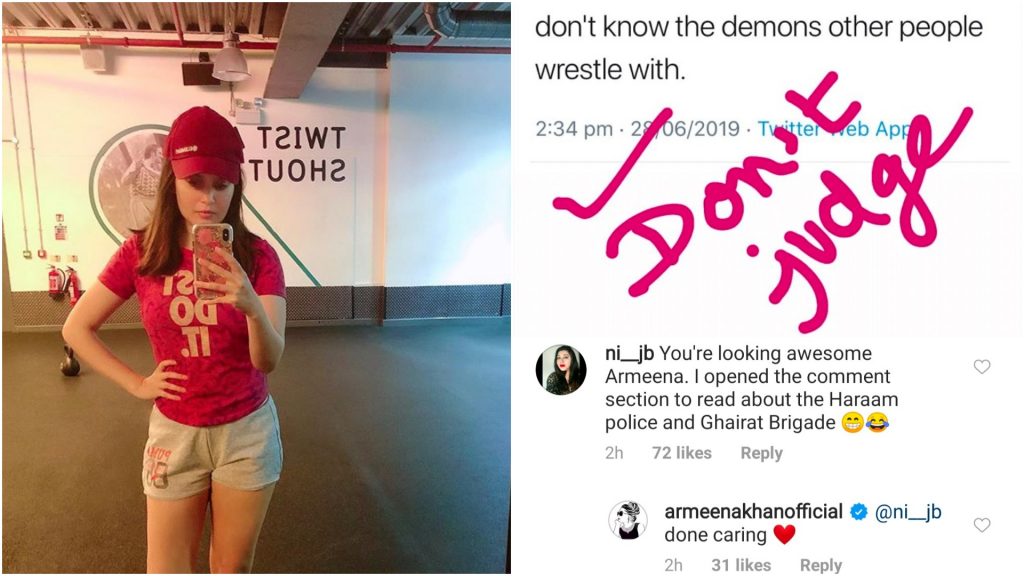 Being a celebrity might look like an easy feat but its very difficult to grow thick skin against trolls and the moral police. Actress Armeena Rana Khan posted a picture to her Instagram wearing shorts and the moral brigade lost it!

As soon as the photo was uploaded, comments regarding her being a Muslim started coming: 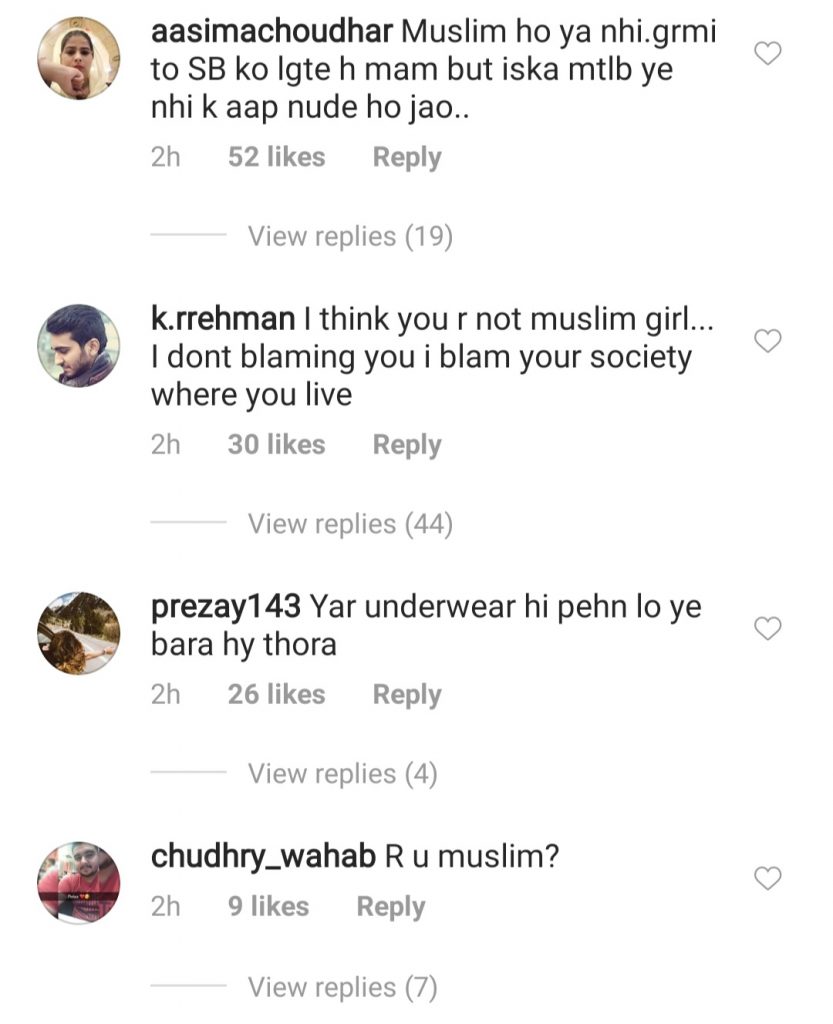 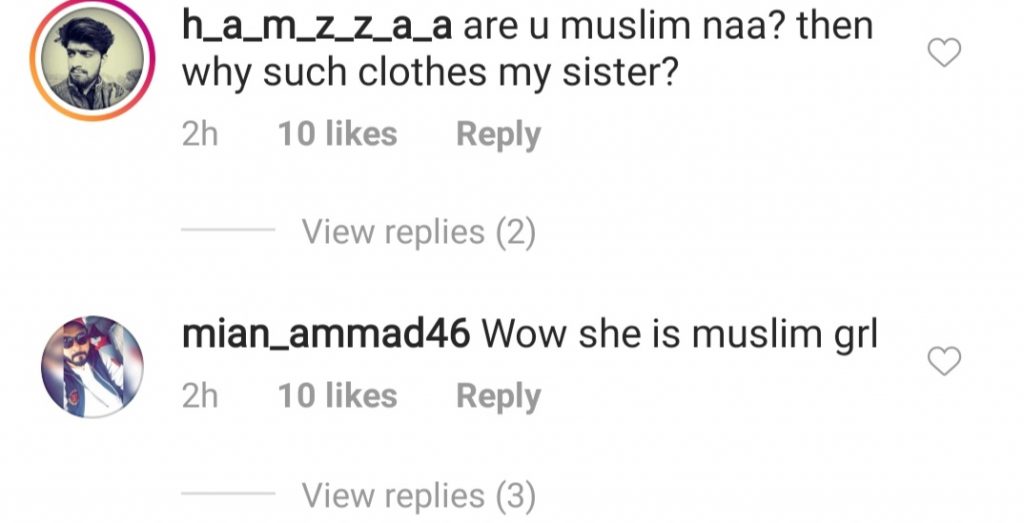 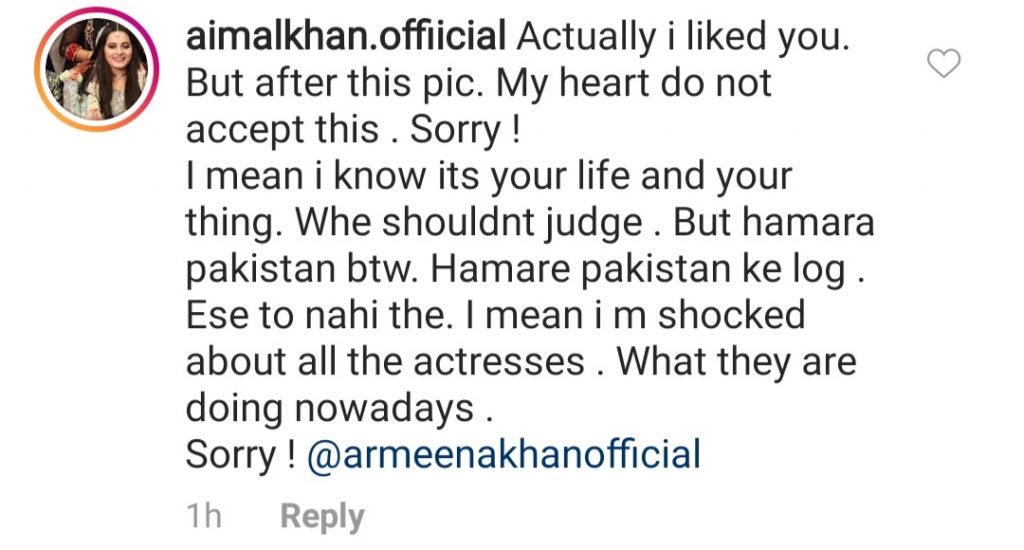 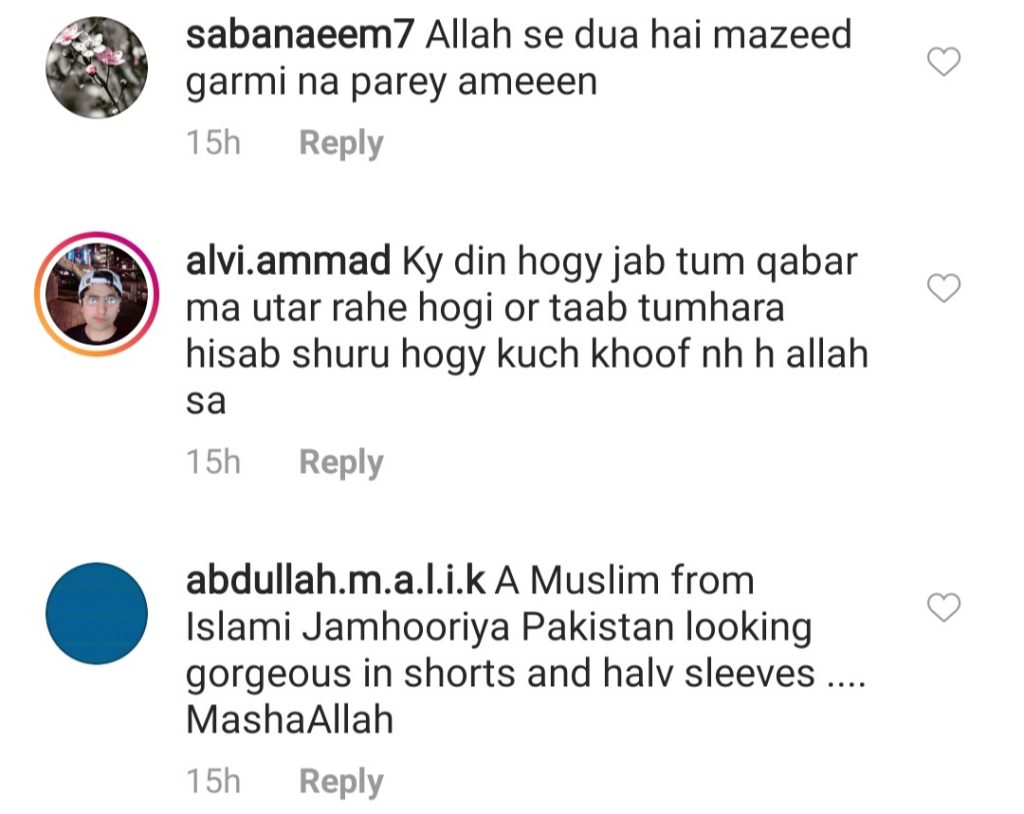 Um since when did culture become a pre-requisite to adore someone?

Many praised her for being so dedicated to her fitness routine:

Designer Munib Nawaz also gave her a little piece of advice and we love it! 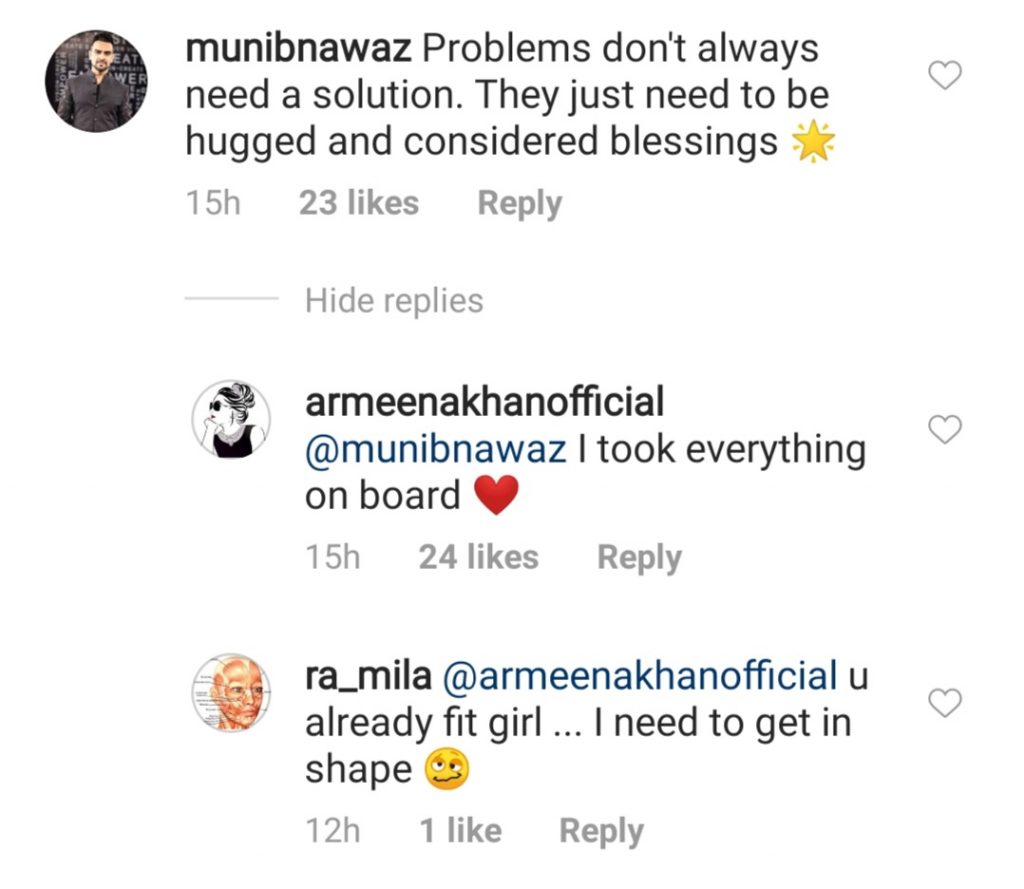 People loved her for who she was! 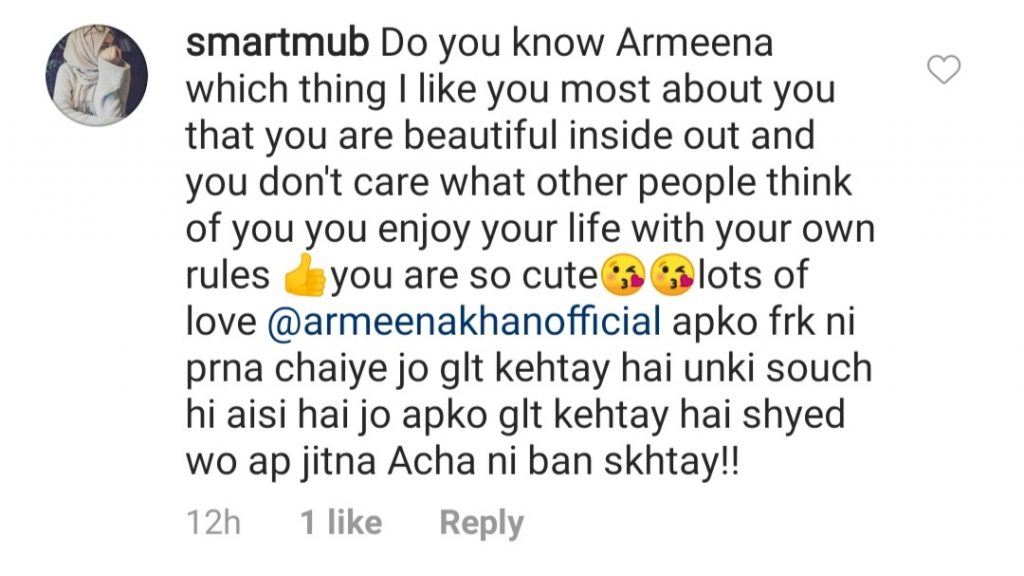 Armeena’s fans too came to her rescue and the comment section was on fireeee! 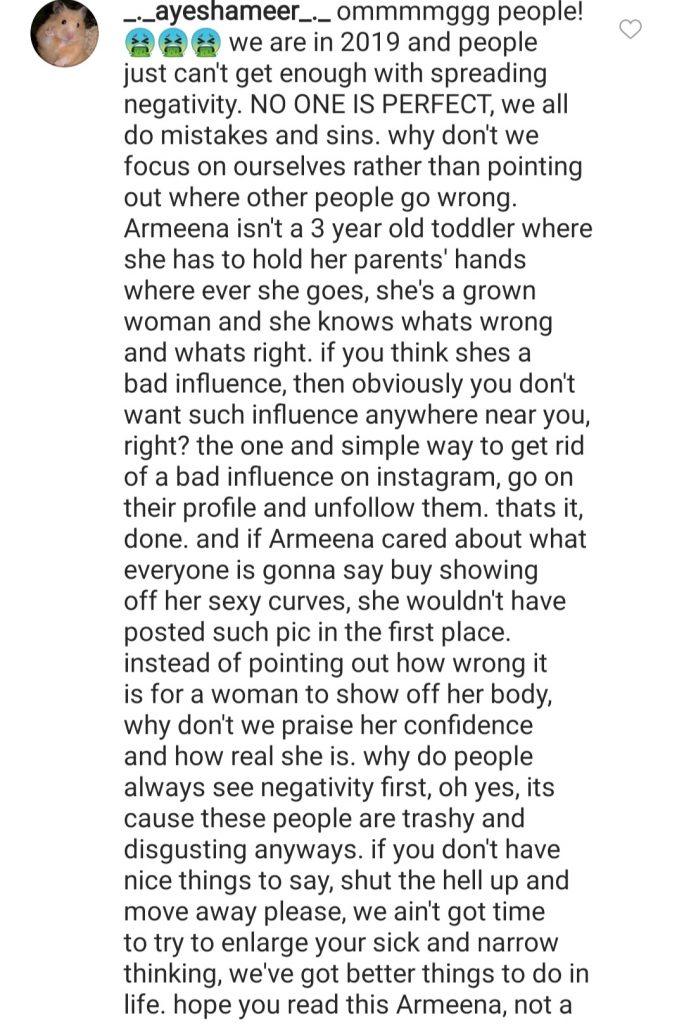 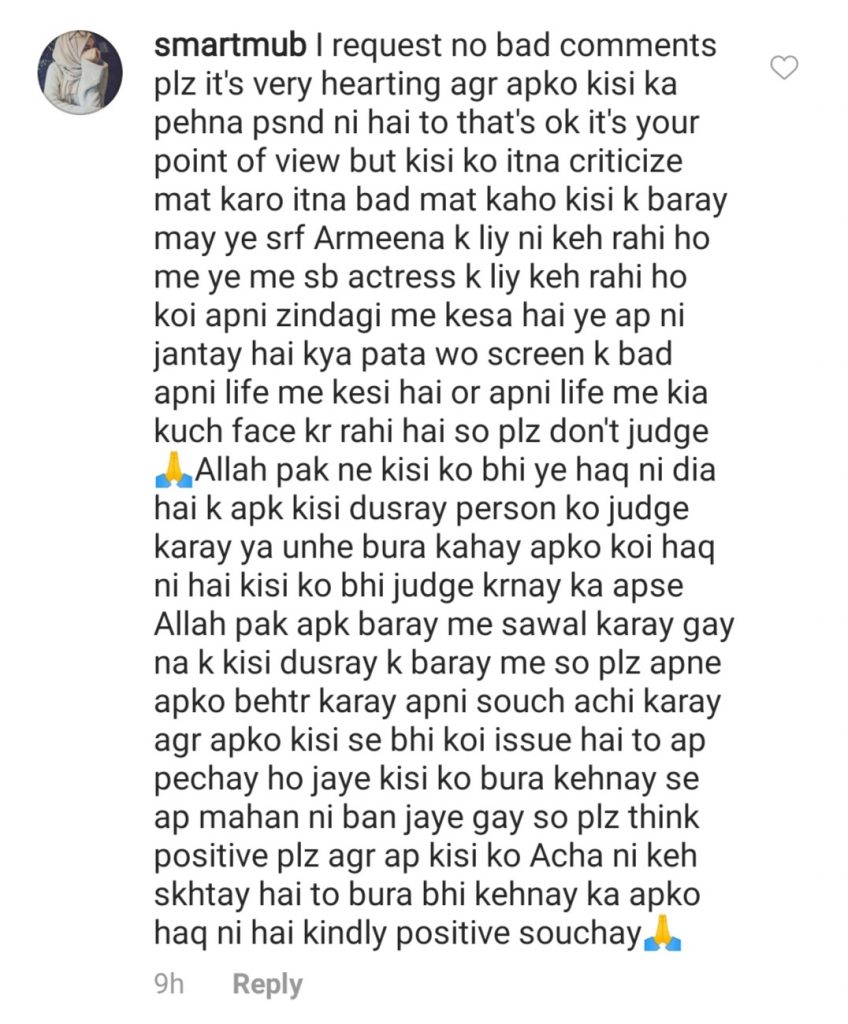 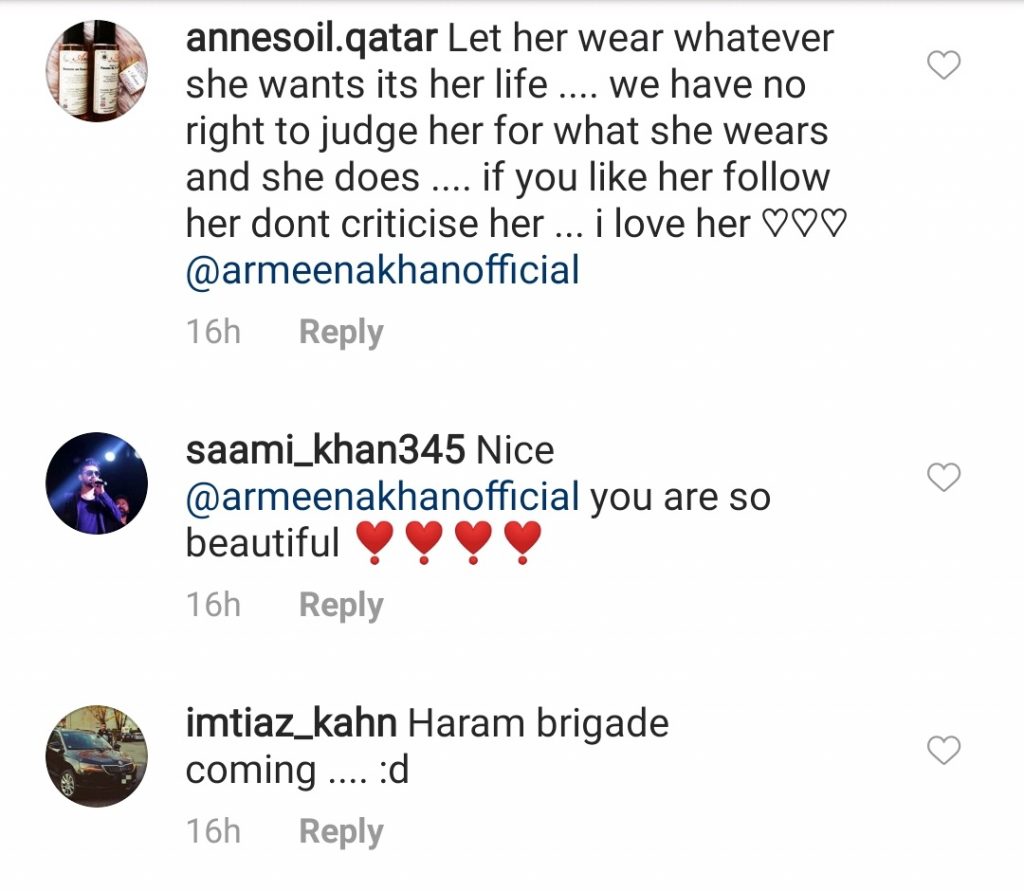 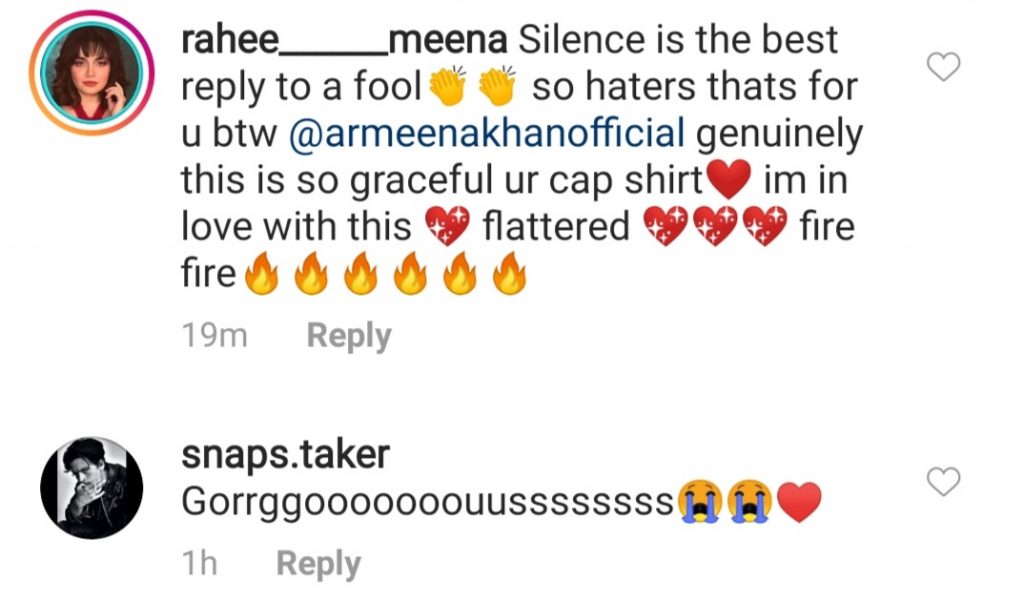 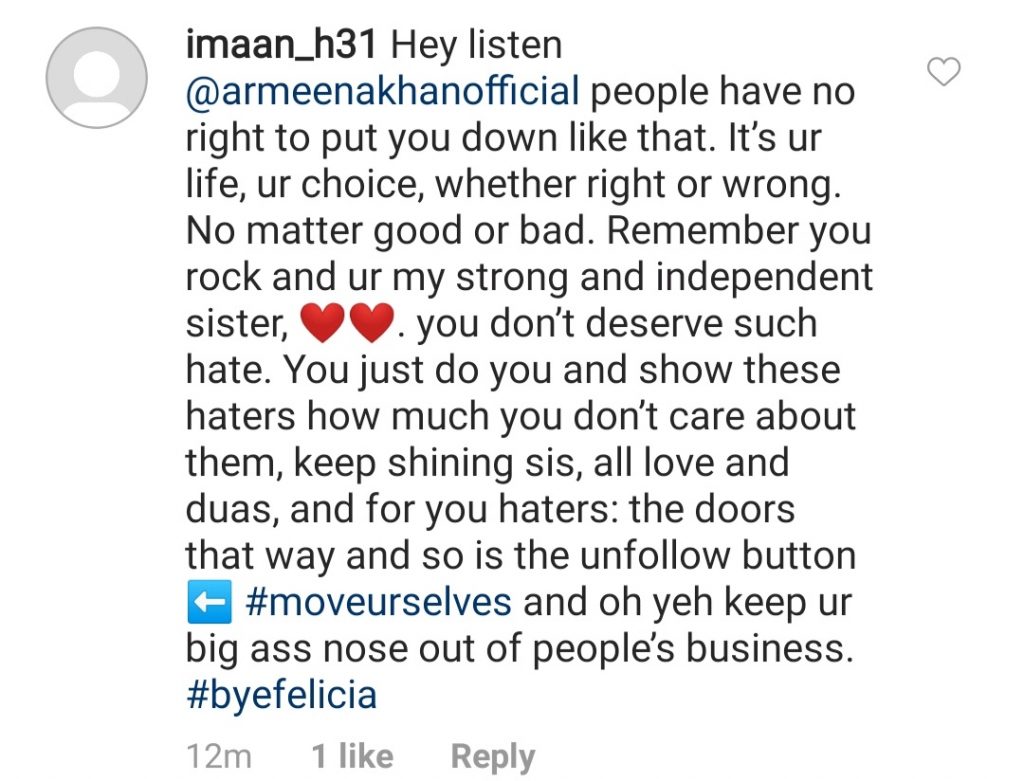 And while the moral police was busy judging her, she decided to reply a few fans for an update on her life: 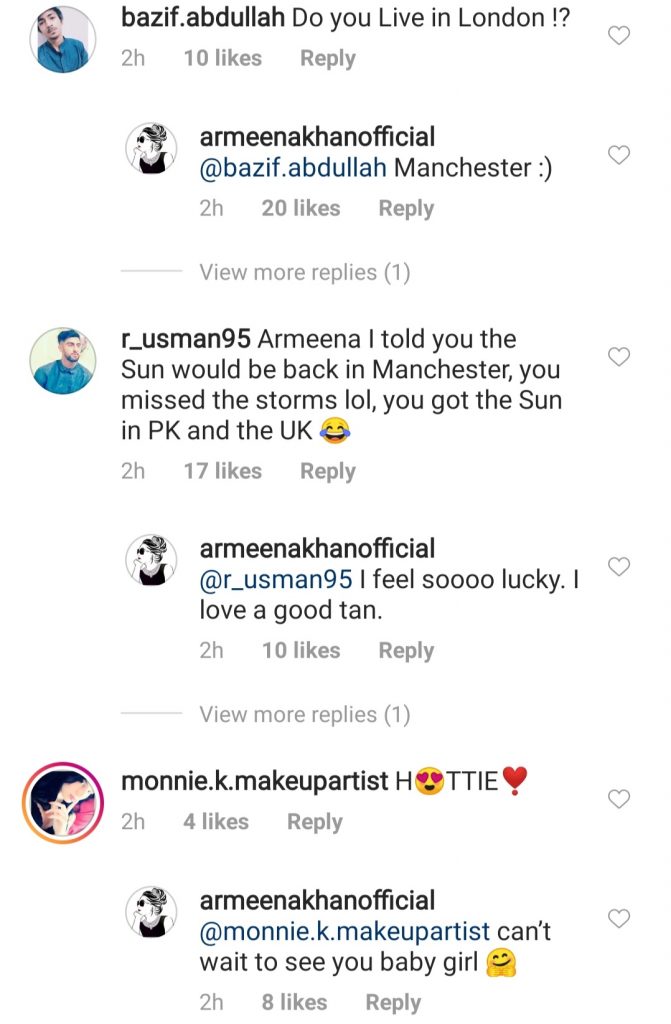 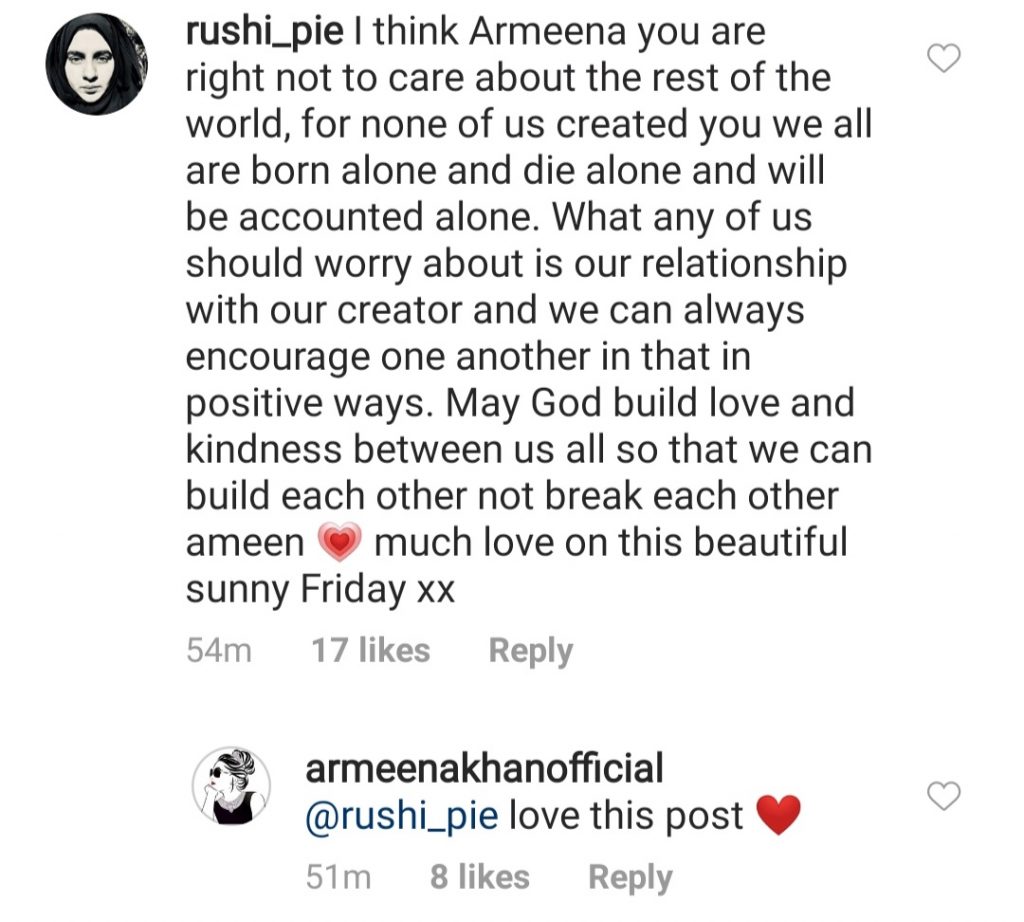 Armeena also replied to a fan how she was done caring what people had to say: 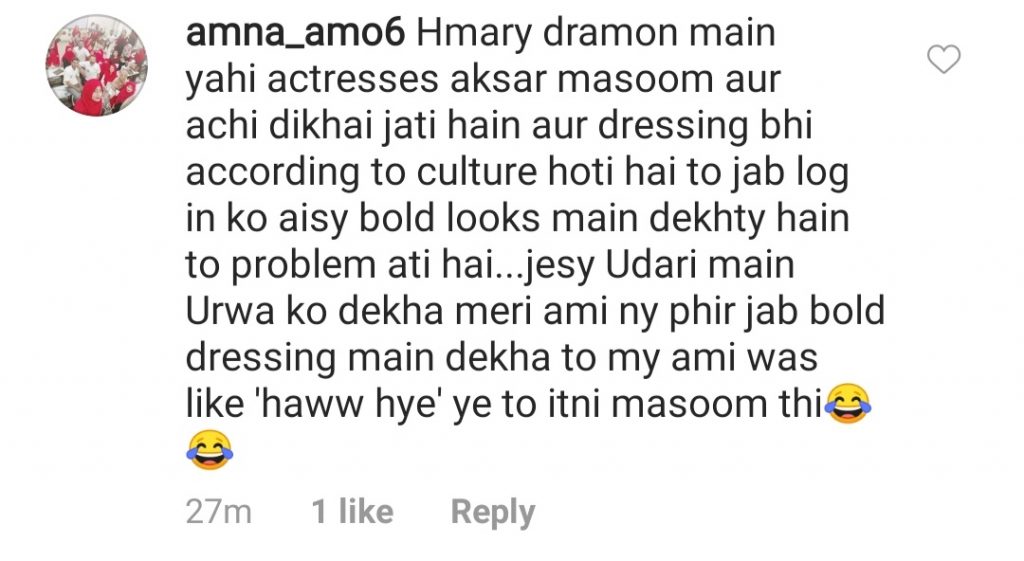 And then there were people who just came to read the comments: 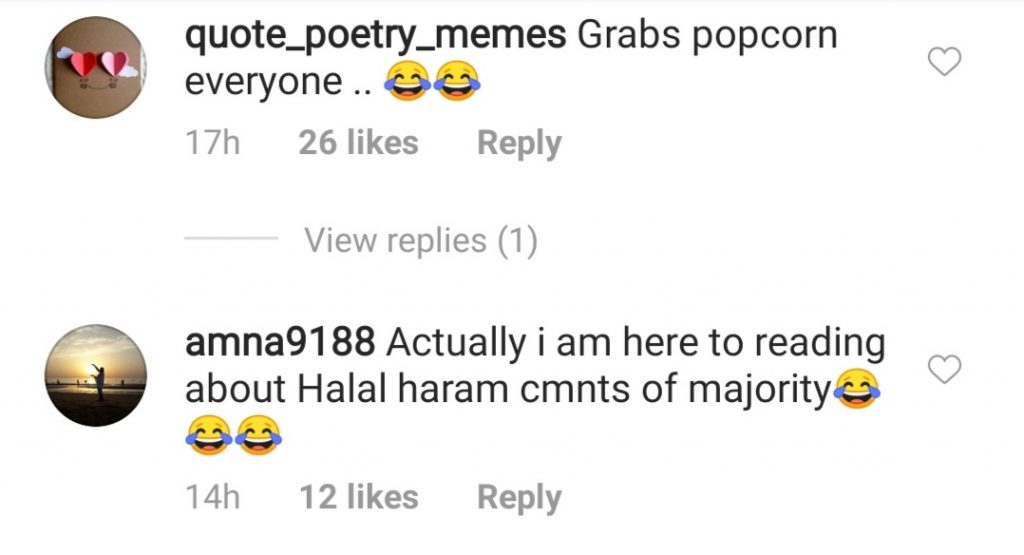 After reading majority of the comments, Armeena posted a photo to her story and wrote ‘don’t judge’ and to be very honest, we don’t think there could have been a better reply to all the trolls!

What do you think about people trolling celebrities so harshly? Let us know in the comments below!

10 female TV characters who we miss on our television screens today!