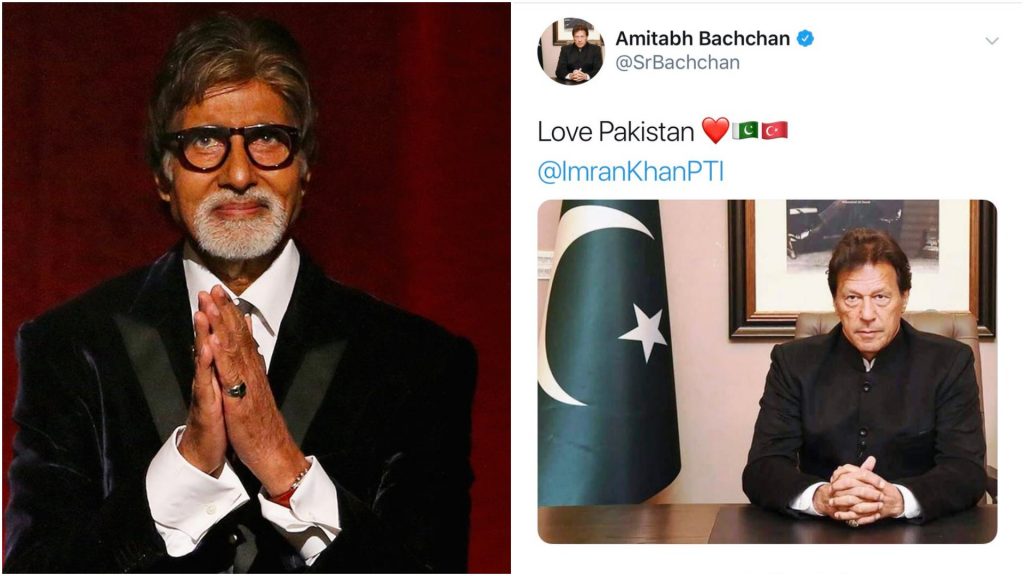 Everyday is an eventful day when you’re at the internet, but yesterday was particularly interesting for Pakistan, there was an arrest that was trending, memes were flowing in, the tweeps were busy disagreeing with each other. And then all of a sudden, in a wild turn of events, Amitabh Bachchan’s Twitter account was hacked by Turkish hackers and the internet was just not ready for it! 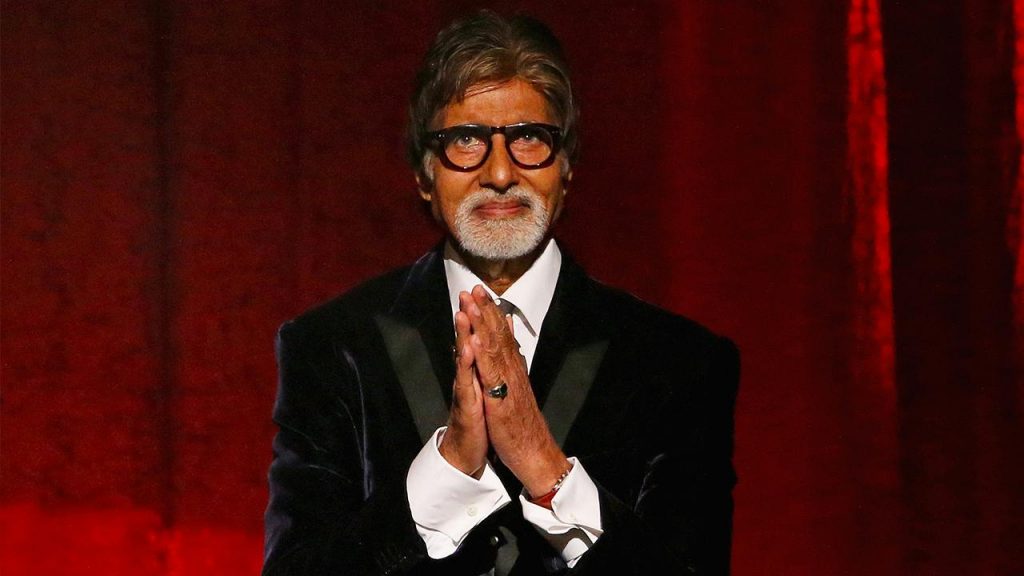 After the account was hacked, the hacker, allegedly from Turkey, changed Amitabh Bachchan’s display picture to that of Imran Khan and bio… 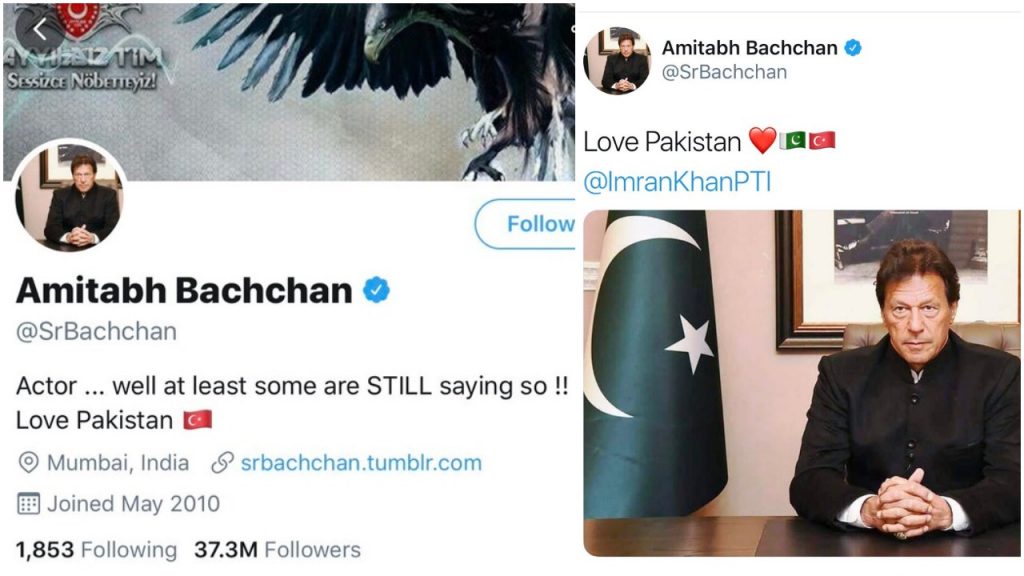 It was also informed that the personal data has been captured:

And then there were pro-Pakistan and pro-PTI tweets that came next: 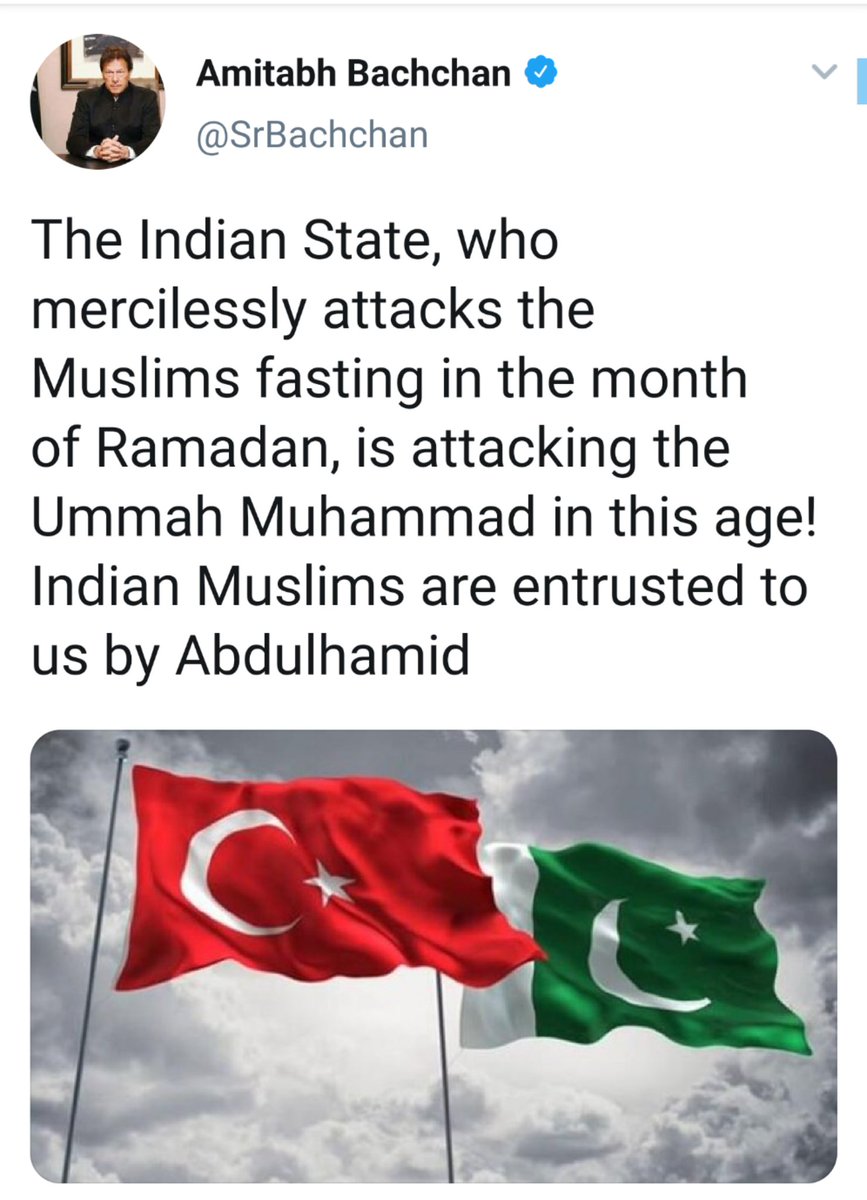 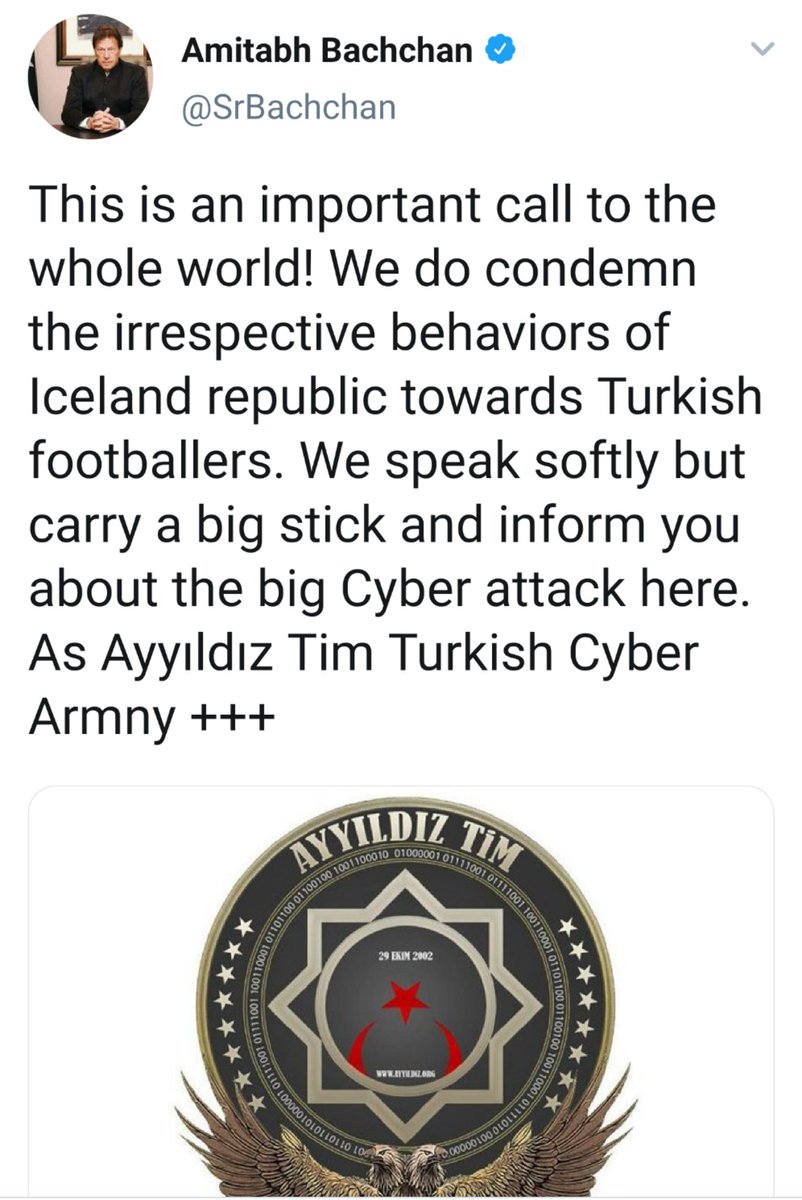 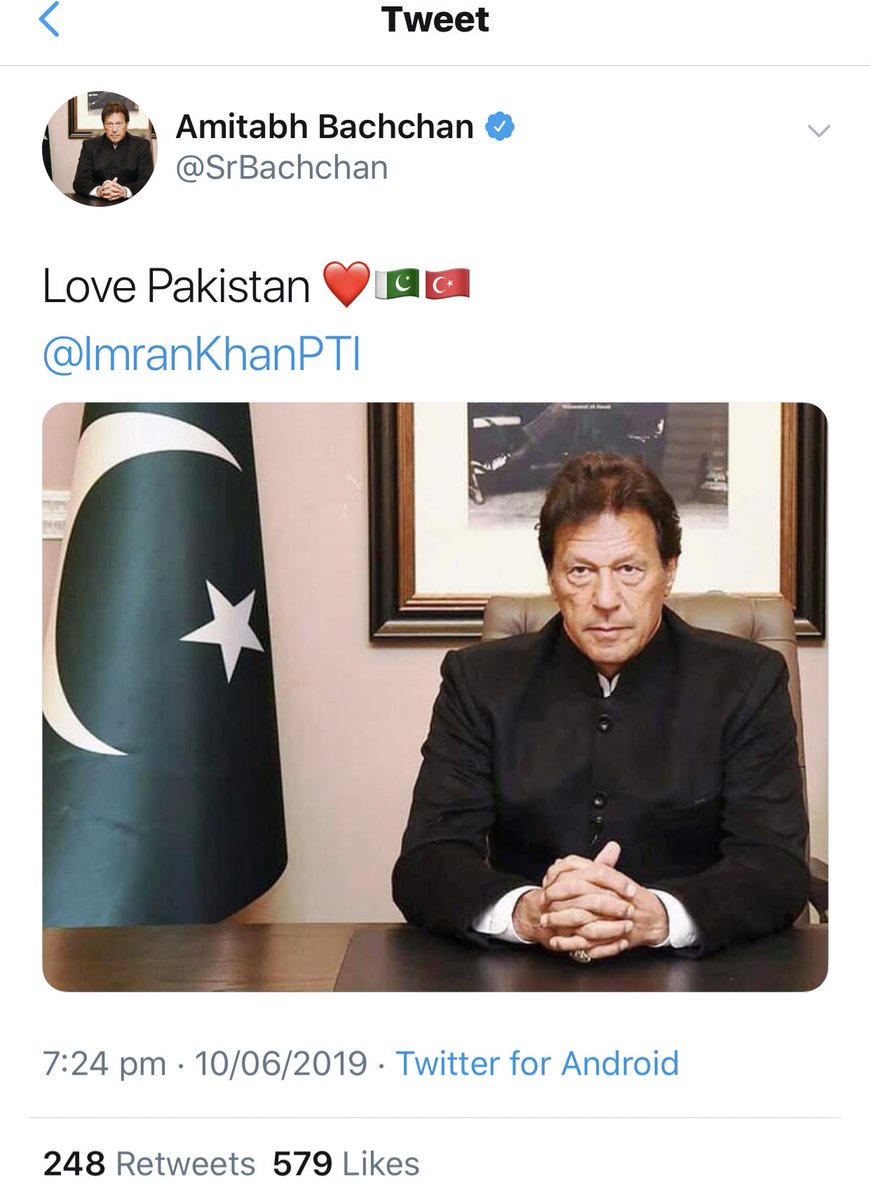 Even though the hacked tweets were deleted within minutes after posting along with the display picture, the internet couldn’t stop making references to his films and imagining his unfortunate state of mind after seeing his account hacked:

I think the hacked one!

Twitter account of @SrBachchan is been hacked. Now he loves @ImranKhanPTI and condemned the attacks on Muslims.
Which Amitabh Bachchan do you prefer 😉 Fake one or the real one 😉 pic.twitter.com/RiJJ18GWA6

INDIAN'S after Amitabh bachchan's ID got hacked by Pakistani : 😂😂😂 pic.twitter.com/OapIkMh2Yt

Some even made a guess at his passwords:

Amitabh Bachchans account got hacked & someone commented this below, priorities 😂😂 pic.twitter.com/VM04qg0ny6

Not sure if this is Ekta Kapoor’s next drama script!

In other news, Twitter account of #AmitabhBachchan has been hacked. He has suddenly become a Turkish football fan. And seems to have undergone a face transplant to become Imran Khan pic.twitter.com/MrYmwdRmil

If the Indian government can't protect Amitabh Bachchan's twitter account, can we trust them with our Aadhaar data?

It sure is a funny place!

Who would have thought Amitabh's account would have Imran Khan as the profile picture some day, LOOL. Twitter is a funny place.

Some had important questions:

Some had wild suggestions…

Tweet I love you Rekha and tag Jaya Bachchan, please

Twitter is without a single doubt the most hilarious platform ever. Where else would you get to see Amitabh bachchans account hacked with Imran Khan’s picture as display and people commenting ‘aur rakho rekha 143 password’. Crazy.

Leave it to IK to explain:

And we had a wild Akshay Kumar meme appear!

#Amitabhbachchan just tried to ruin our plan. He's working as a secret Pakistani agent in India and today he revealed his love for Pakistan in excitement. Please pray that he's safe after all this that happened today 🙏😂😜 pic.twitter.com/ttTPNzT42M

Indians after finding out #AmitabhBachchan is also an undercover agent for Pakistan : pic.twitter.com/xD5qqH0lbb

And then we had Major Adnan Sami being exposed, yet again!

People think it's Turkey but I know the truth.

Hahaha, totally out of syllabus!

India was prepared for Major Adnan Sami but Amitabh Bachchan came out of syllabus 🤣🤣🤣
#AmitabhBachchan pic.twitter.com/rUAsJLRiBY

I really condemn this type of act by Major Adnan Sami. He should only focus on secret data of India. #AmitabhBachchan pic.twitter.com/JzUTwK0hod

Who did this 😂.#AmitabhBachchan #Hacked pic.twitter.com/17NkMalSoE

would have been funnier if Turkish Cyber Army had put Rekha's pic instead of IK.

The same group had previously hacked Twitter accounts of actors Shahid Kapoor and Anupam Kher among others. This isn’t the first time that Amitabh Bachchan’s account has been hacked, it was also hacked in 2015 and inappropriate content was posted from his account. All jokes aside but hacking accounts like this is unacceptable and unethical.

The account has now been completely recovered and the bio has been changed to this: 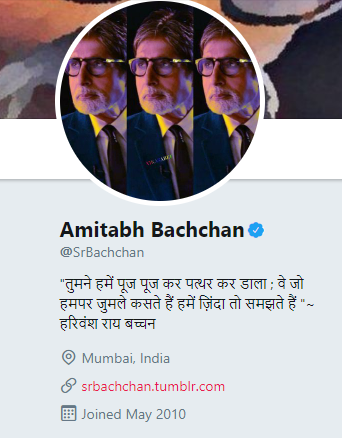