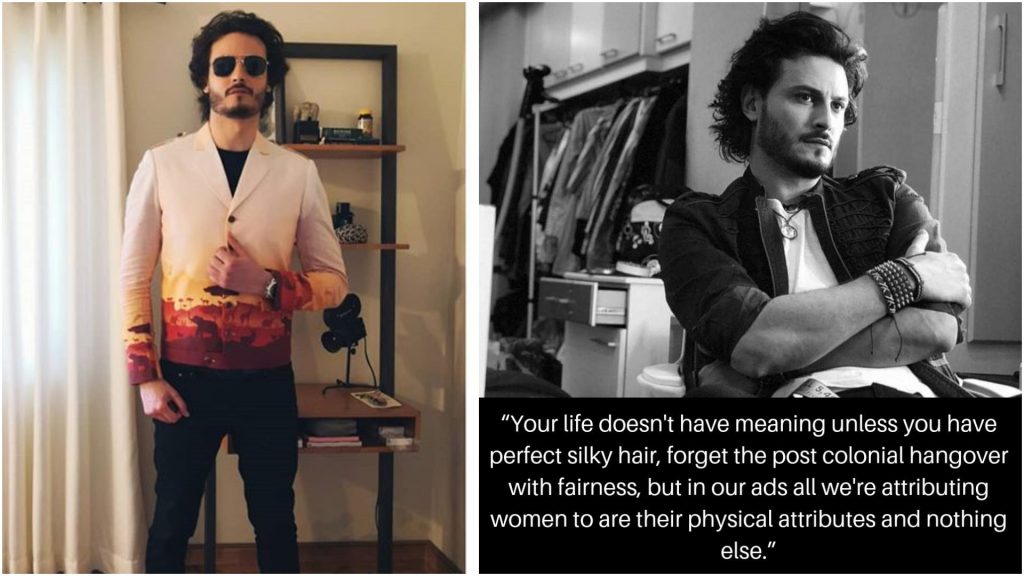 Does the perfect man exist? Ummm, yes! Osman Khalid Butt has never shied away to share his raw, upfront and unfiltered views with the masses. Never once has he cared about the trolls or the backlash that he gets for it, in fact, he comes back at the trolls in the best ways possible. Here’s  why he’s our absolute favorite and makes us believe that everyone needs a man like him in their life! 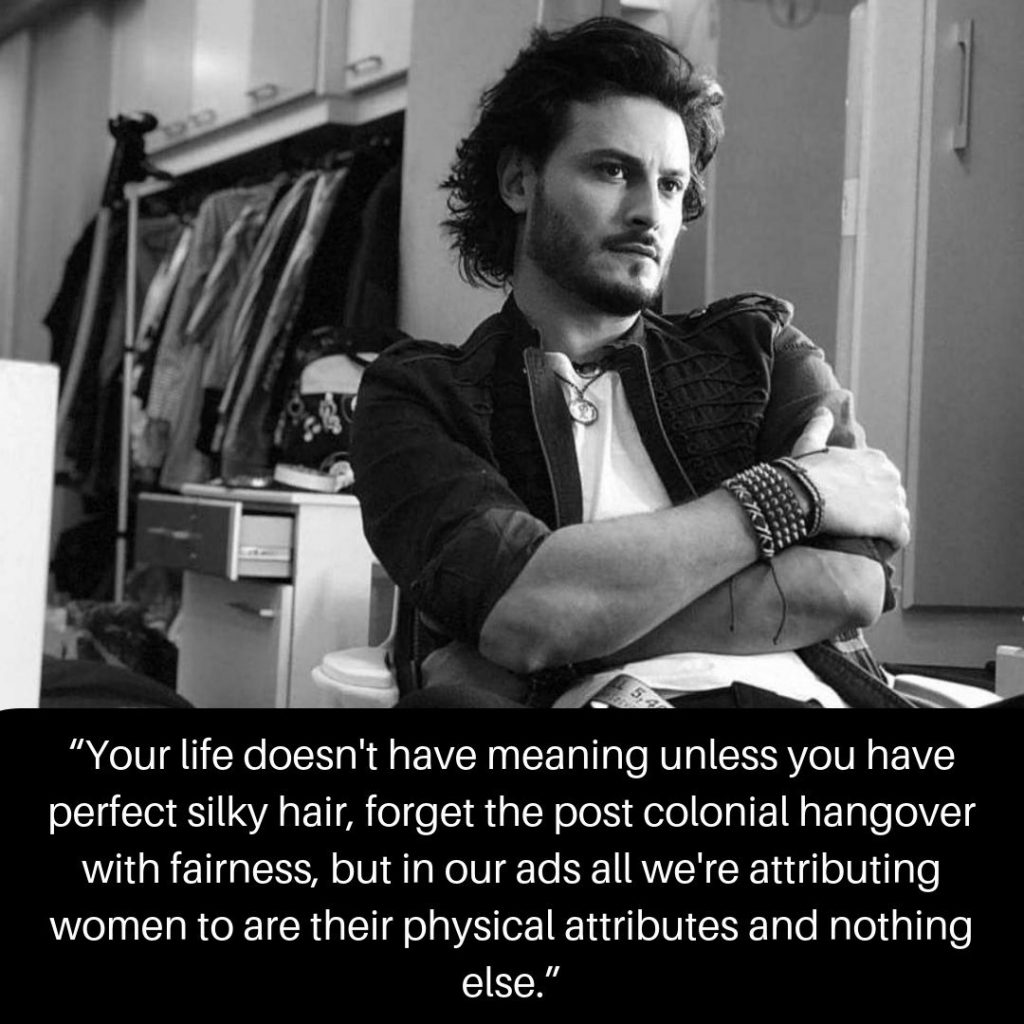 After the release of Gangster Guriya from the film Baaji, people were trolling Mehwish Hayat in the most disgusting way, hurling abuses at her and slut shaming her. But Osman Khalid Butt immediately out him into his place:

This is the language used by a 'social media influencer' for a contemporary actress while criticizing her performance in a dance number.
He has the nerve to bring religion into the mix. Pehlay apni zabaan saaf karen phir deen ka dars dijiye. https://t.co/vUNkVeW68z

1.5. He also keeps his receipts safe!

Nice try on deleting the tweet. I've got receipts. pic.twitter.com/OFA6acopdg

He gave all the men a brutal reality check of what it’s like being a woman in today’s society. And everything mentioned in the tweet will definitely hit you hard:

'Ask a man what his greatest fear is about serving jail time, and he will almost inevitably say he fears being raped. What can we deduce from the fact that jail is to men what life is to so many women?'

Men are humans too and in a society where crying is taken as a sign of weakness, Osman Khalid Butt proves how it’s totally okay for men to cry!

Do not watch this if you haven't seen the last episode of Baaghi. I was sharing live reactions with friends as I watched and – I was not prepared. Baaghi broke my heart. And this part was like a punch to the gut. Still reeling.

#MardMarch, because some men get their panties in a twist over women exercising their right to speak out for one goddamn day.
Oh, did I say panties? I mean boxer briefs. Manly boxer briefs. So man, much wow.

Did their placards offend you? It's just locker room talk.

His tweet triggered a lot of men and they started attacking him, but he made sure to turn the tweet into a thread to educate these people on Aurat March and why it took place

First off, you absolutely cannot compare your privilege as a man to what women suffer. Secondly, I would love to discuss issues related to men, but there's a time and place for that, and it's certainly not when one is butthurt they're not the center of the universe for one day. https://t.co/6DYAUxGeiK

'Is she even Muslim anymore?'

Obi makes sure the movement isn’t taken lightly or used as a joke because it is so much more than that, he always gives people a piece of his mind when they bring in the #MeToo movement:

Happy birthday, you. Am so grateful you were my Neha – re: @baajithefilm – what a roller-coaster it's been, eh? Here's to all the backstage laughs and shenanigans, the intensity & dedication with which you portrayed your character, to you practically playing my shrink when I'd forget to detach from my role. Here's to the beautiful friendship formed along the way. Thank you for letting me into your life. To all the happiness and success you so richly deserve, a toast. (The inscription is an inside joke.)

A fan made an inappropriate comment under this picture of Amna Ilyas and Osman Khalid Butt bringing in the #MeToo movement:

But Osman Khalid Butt taught her a lesson! 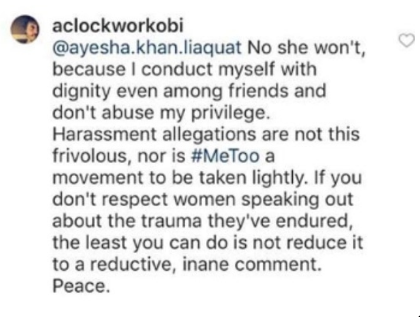 Be it Mehwish Hayat, Hareem Farooq, Maya Ali, Mahira or anyone, he always has their back!

Honestly, Osman Khalid Butt is one man we stan all day, every day! We need more men like him!