We live in a society where no one talks about toxic marriages, if anything it’s always the woman in the marriage who is told to ‘live with it,’ ‘get used to it,’ and ‘let it go.’  So many things are brushed under the carpet in the name of ‘that’s how men usually are,’ and this is exactly why everyone, regardless of their gender, needs to watch HUM TV’s play Khaas. 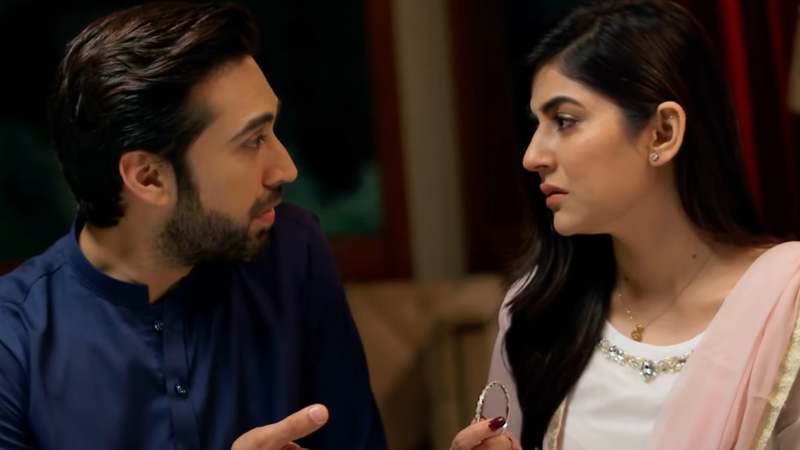 The story revolves around Saba (Sanam Baloch) and Amar (Ali Rehman Khan), both belonging to well-educated and supportive families. Saba is an intelligent and an independent woman who excels at studies and has her life planned out, on the other hand we have Amar, a handsome, charming and a narcissistic man who is spoilt to the brim because of him being the only son in the family. And when the two get married, it may seem like a match made in heaven, but it is chaos!

The sweet but toxic Amar

Skillfully played by Ali Rehman Khan, this is probably one of his best roles to date. Problems begin from the very day they get married when Amar comments on Saba’s hands being man-ly and not feminine enough. Amar’s comments, which he thinks of as harmless jokes, take a toll at Saba’s self-esteem, making her think that she’s not good enough for him and she tries making minor adjustments to fit Amar’s standard of perfection. Despite her efforts and accommodations, Amar continues to find Saba inadequate, by putting her down in public or making demeaning jokes about her appearance and personality, while his behavior is dismissed by both the families.

Repost from @humspotlight Talk about self-obsession! Ammar has taken it to another height 😲 He seems to think that he is the only one who is Khaas and no one else is equal to him. What do you all think about his character? Catch more: https://bit.ly/2vZINxf #SanamBaloch #Saba #AliRehmanKhan #Ammar #Khaas #HUMTV #HumSpotlight

It becomes clear from the very first episode that that Amar is a narcissist who projects a public persona of sweetness and generosity but as the drama precedes we find out that he is actually an emotionally abusive, controlling and entirely self-centered man. With his persona of being the perfect husband, he manipulates Saba’s family (Lubna Aslam & Behroze Sabzwari) into believing that Saba is a dis-obedient wife who never keeps him happy.

An educated and independent Saba

Making her comeback in the dramas, Sanam Baloch is known for choosing strong, powerful roles and she knows how to execute them like a pro! Saba may appear to be a little frazzled when it comes to Amar and his hurtful comments, but Saba is no damsel in distress. We see her taking a stand for herself when necessary and at the same time we also see her trying to please Amar and being very clear on what she wants from him. We also see Saba struggling with her self-esteem after Amar puts her down and in an attempt to prove herself as good as Amar, Saba scores a job in Amar’s office at a position which is equivalent to that of Amar and that’s where things go completely downhill for her.

Man’s insecurities being projected onto the woman

An insecure Amar cannot stand the thought of anyone being better than him, let alone his wife. Any time Saba accomplishes anything, Amar with his bitter comments puts her down. And to add to his already-narcissistic behavior, his family (Shehryar Zaidi, Saba Faisal & Anam Gohar) encourages it. For instance, when Saba scores the first position in her university and wants to pursue a job, her mother-in-law is the first one to support Amar’s stance on not allowing Saba to work. Similarly when Saba scores a job at Amar’s office, he drags her out of the office causing her to lose their baby and gets involved with another woman.

Not having her family by her side, Saba is completely shattered and lonely with no one to talk to. Amar’s toxic behavior takes a toll on her confidence and dulls her loving and lively personality. She finds comfort in Fakhir (Haroon Shahid), Amar’s friend who is an artist and has feelings for Saba. While Amar on the other hand finds comfort in an ex that he’s re-united with, Salma (Hira Tareen). This lack of communication between the two is what leads them into finding comfort in others outside marriage, had they been on the same page they would have found comfort in one another.

Oh Shoot! 8 Fashion Photographers Who Weave Magic into Their Work!