Bollywood has always been an industry that we’ve grown up watching, and that’s a fact no one in Pakistan can deny. We all have had a Bolly-obsession growing up, and some films have just defined our life and culture for us in more reasons than imaginable.

However, that’s because we hardly had a booming industry in the country to look up to, and most of our Lolly flicks had been inspired by our neighbours as well.

But, what about now?

We finally have our celebs to look up to and our films are doing relatively better! That said, can we imagine them in the roles we saw our Bollywood faves play?  Well, we just did that! 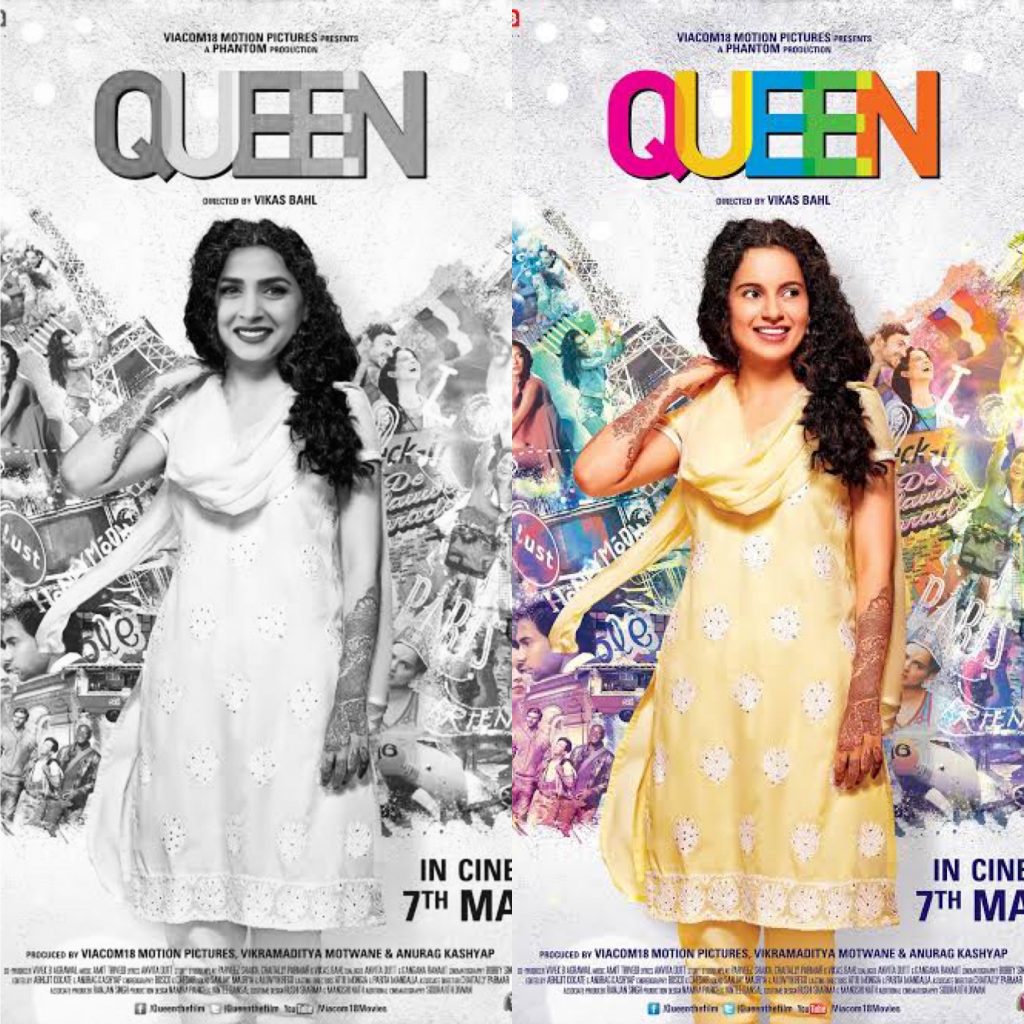 Saba Qamar has been a reigning star in Pakistan and that’s why we imagined her in the role that Kangana Ranaut essayed Queen! We wonder how Saba would just kick butt with this role! 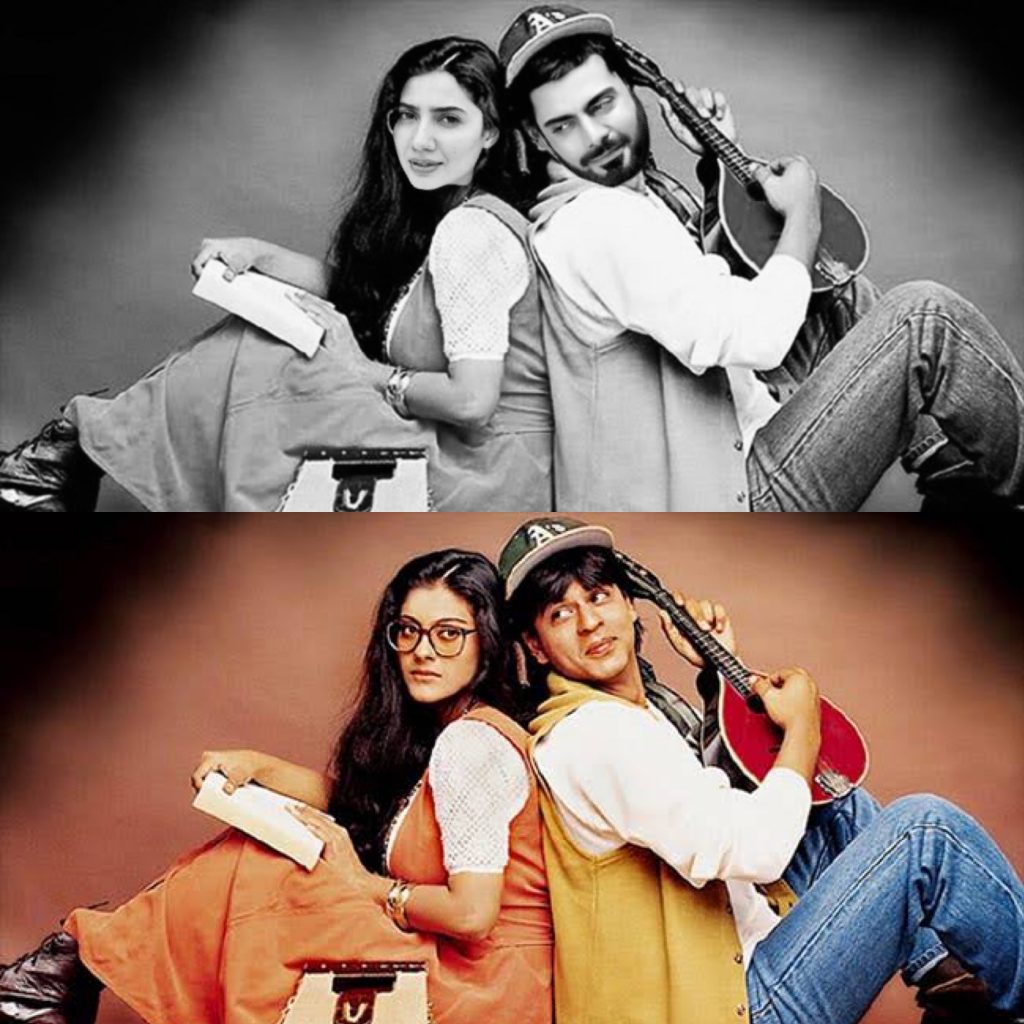 Why remember Kajol’s unibrow and SRK’s Chotay Chotay Desh speech when you can have your very own Mahira Khan’s Mummy Yeh Aap Kya Keh Rahi Hain dialogues and Fawad Khan’s brooding smile in Dilwale Dulhaniya Le Jayenge! Just what we needed back then. 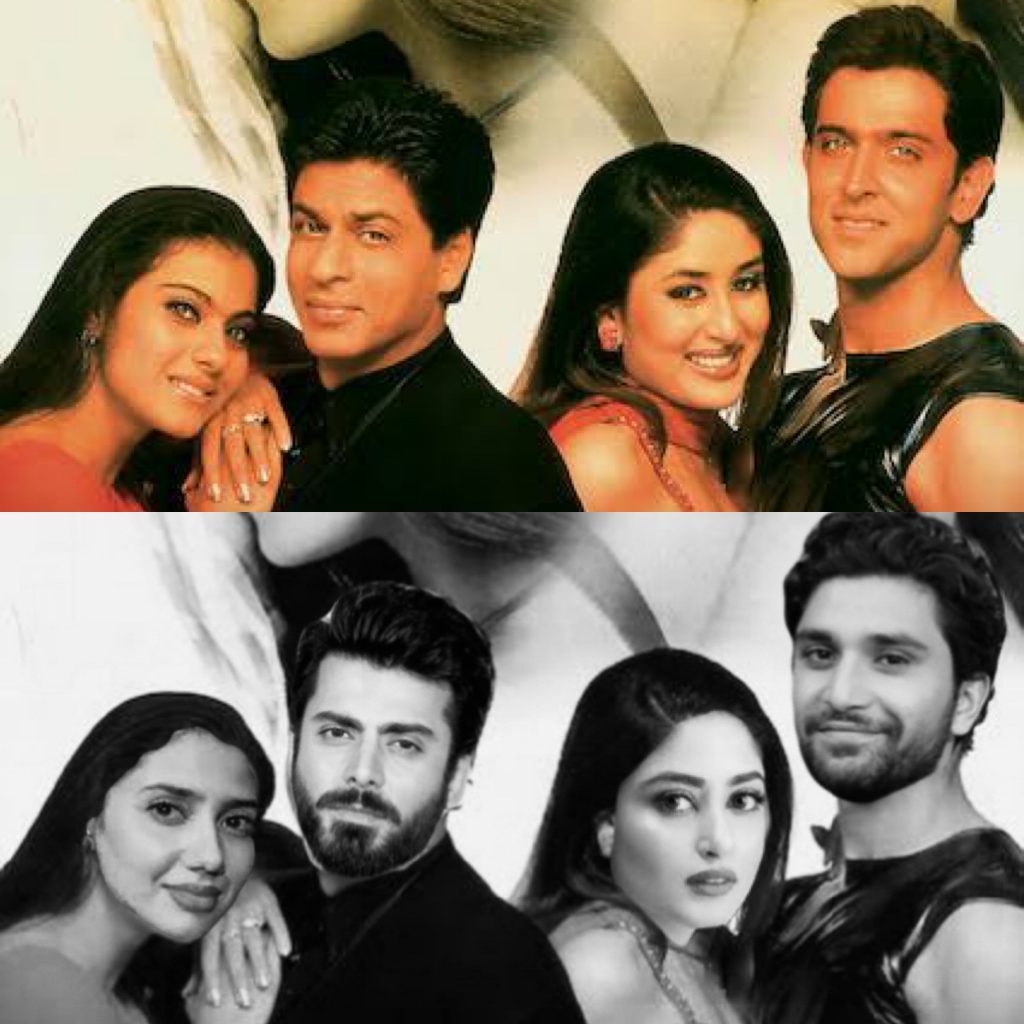 For starters, let’s talk about what a huge face Kareena Kapoor had in the film! But we still love poo with Hrithik Roshan in Kabhi Khushi Kabhie Gham. But now…imagine Sajal and Ahad essaying those roles! It just feels better. Plus, who else to play their elder bhaiyya and bhabhi? The OG Humsfar couple, of course! 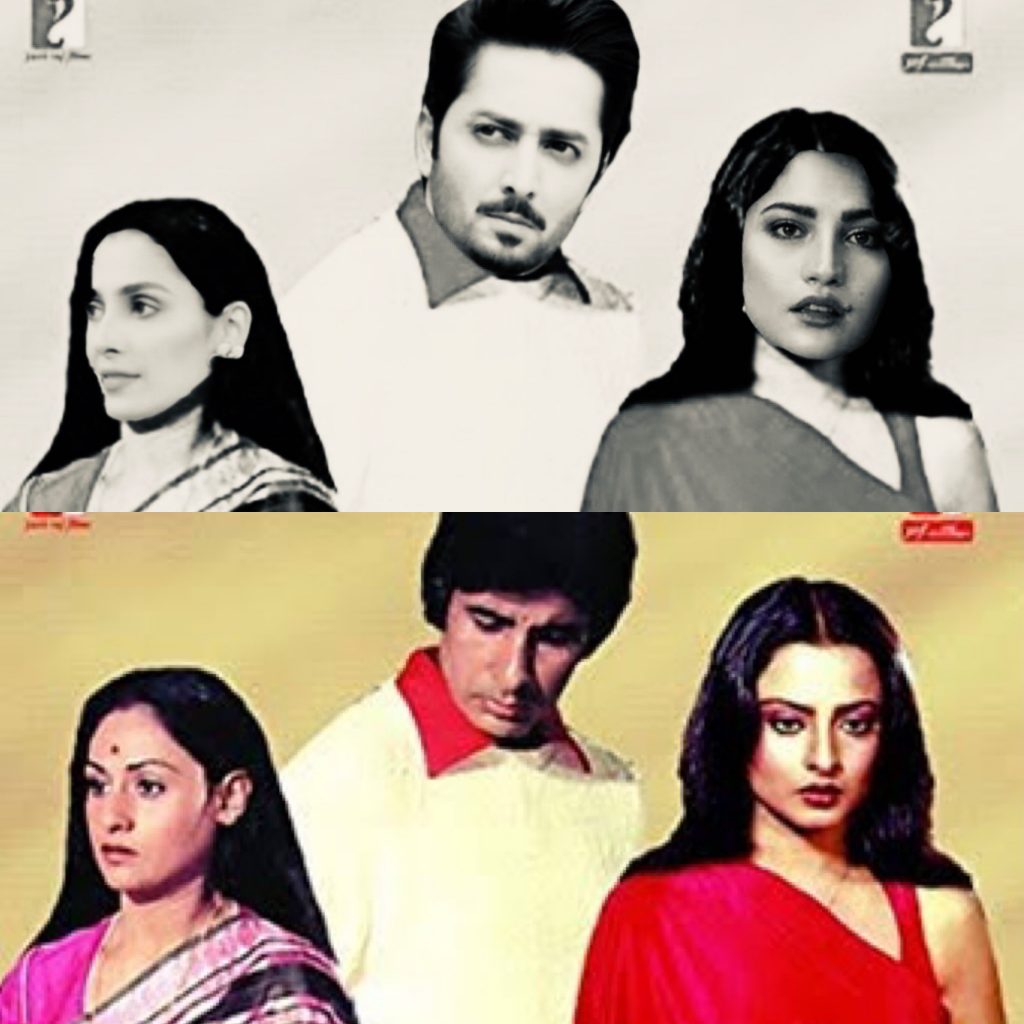 Silsila may have been one of the most controversial for the married couple, Amitabh Bachchan and Jaya Bhaduri to do, especially when the actor was known for his linkup with fellow co-star Rekha, but it truly is a cult-classic people love today! Imagine if we had our real-life couple Ayeza Khan and Danish Taimoor play those roles and Neelam Munir come in as Rekha! Sparks would fly!

Iqra Aziz and Bilal Abbas Khan in Jab We Met 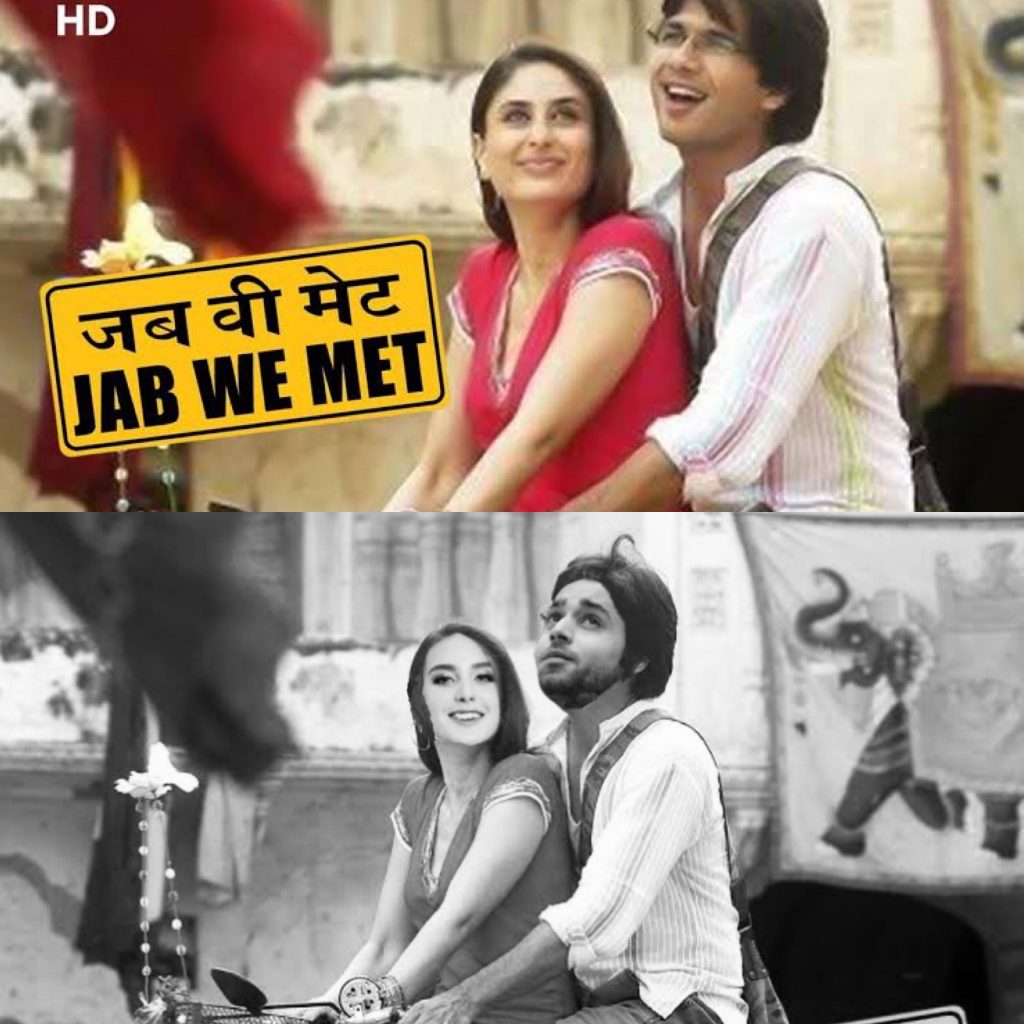 Although Jab We Met served as the final film done by Kareena Kapoor and Shahid Kapoor as a couple, we think it’d be the perfect film to launch a new on-screen couple with by bringing Iqra Aziz and Bilal Abbas Khan to the mix! While she’s as chirpy as Geet, Bilal’s a pure straightforward boy like Aditiya! 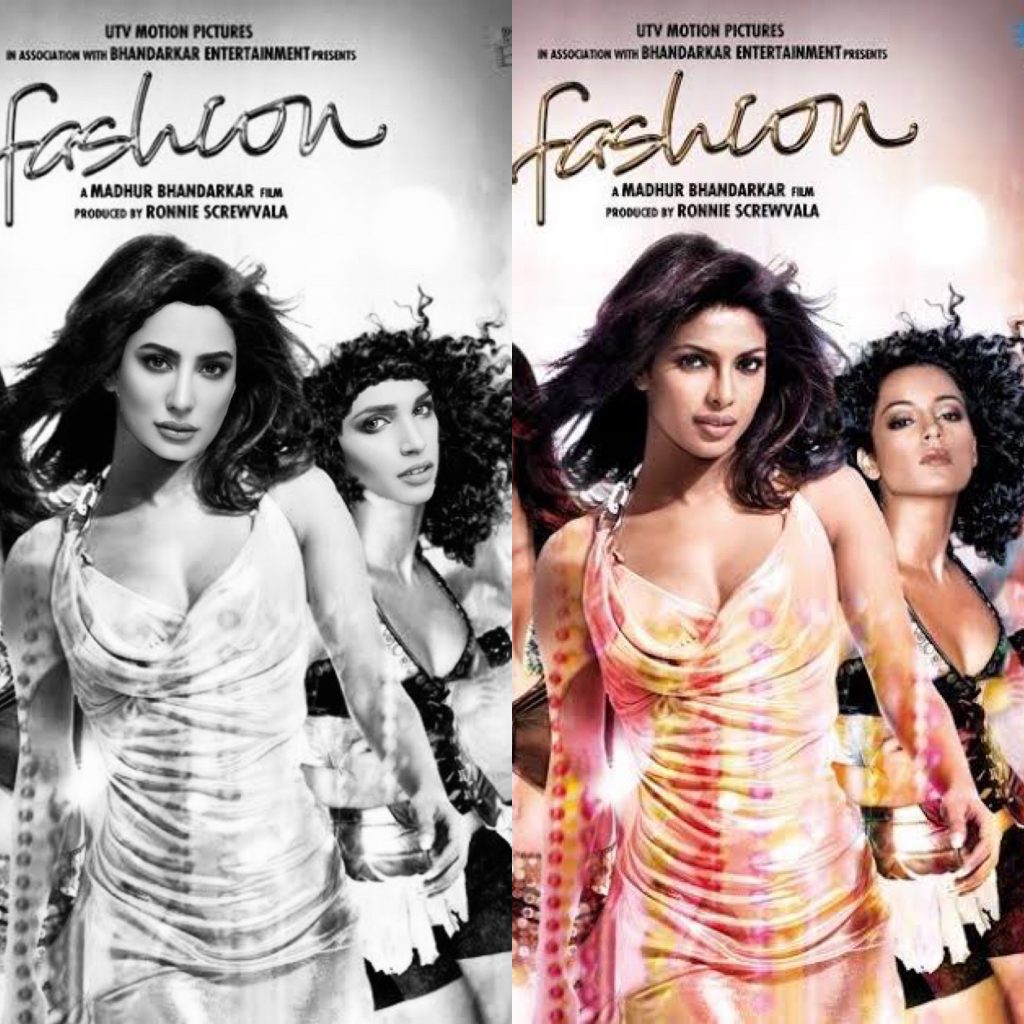 Fashion is one of the most iconic films about the fashion industry make in Bollywood, and we think it’d be the perfect narrative to be reimagined in Pakistan. We think someone like Mehwish Hayat would be killer instead of PC, and Kangana Ranaut could definitely be replaced by our very own supermodel-turned-actress, Amna Ilyas! 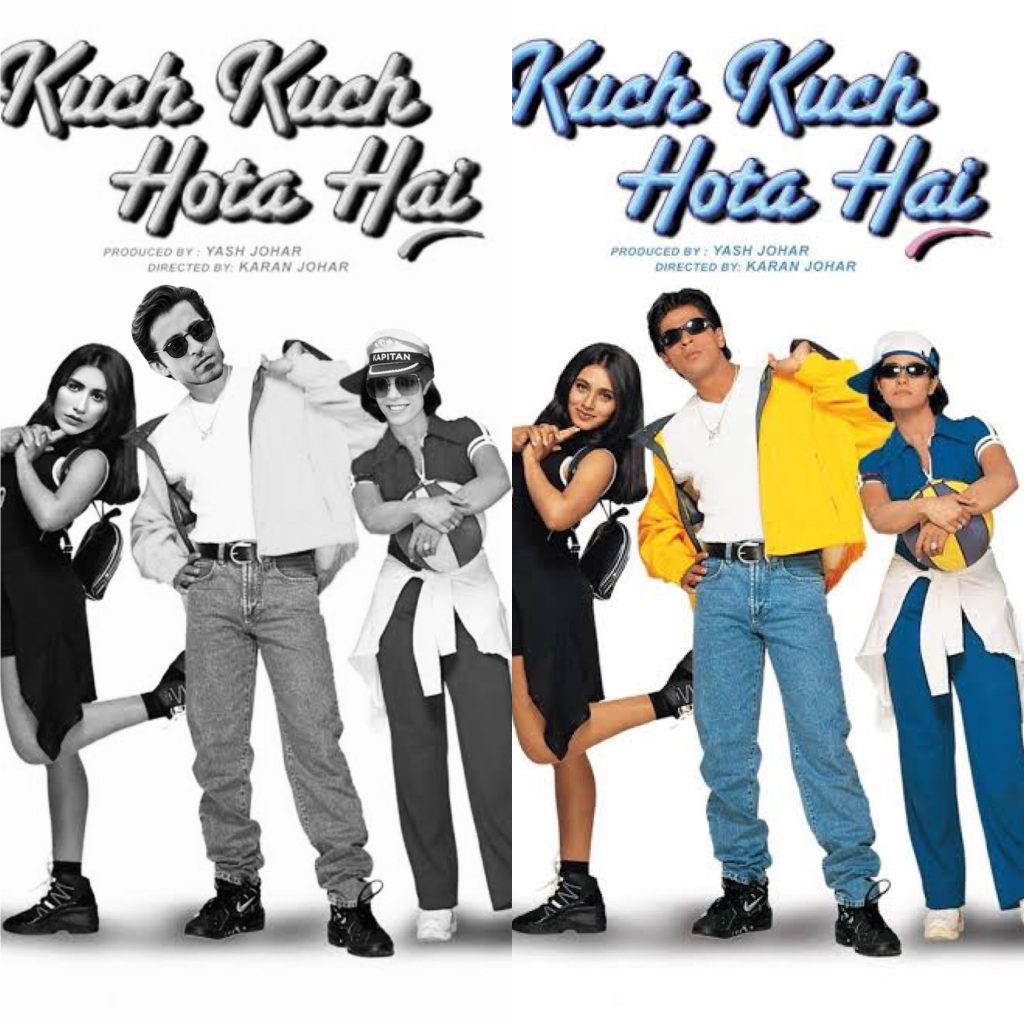 The 90s college romance that gave us dialogues like Pyar Dosti Hai may have ruined a generation into thinking that love and friendship is everything we need in the world, but Kuch Kuch Hota Hai is still a favourite! Imagine if the film was made with Parey Hut Love couple Maya Ali and Sheheryar Munawar, and we added Syra Yousuf to the mix! It’d still make for a damn good film! 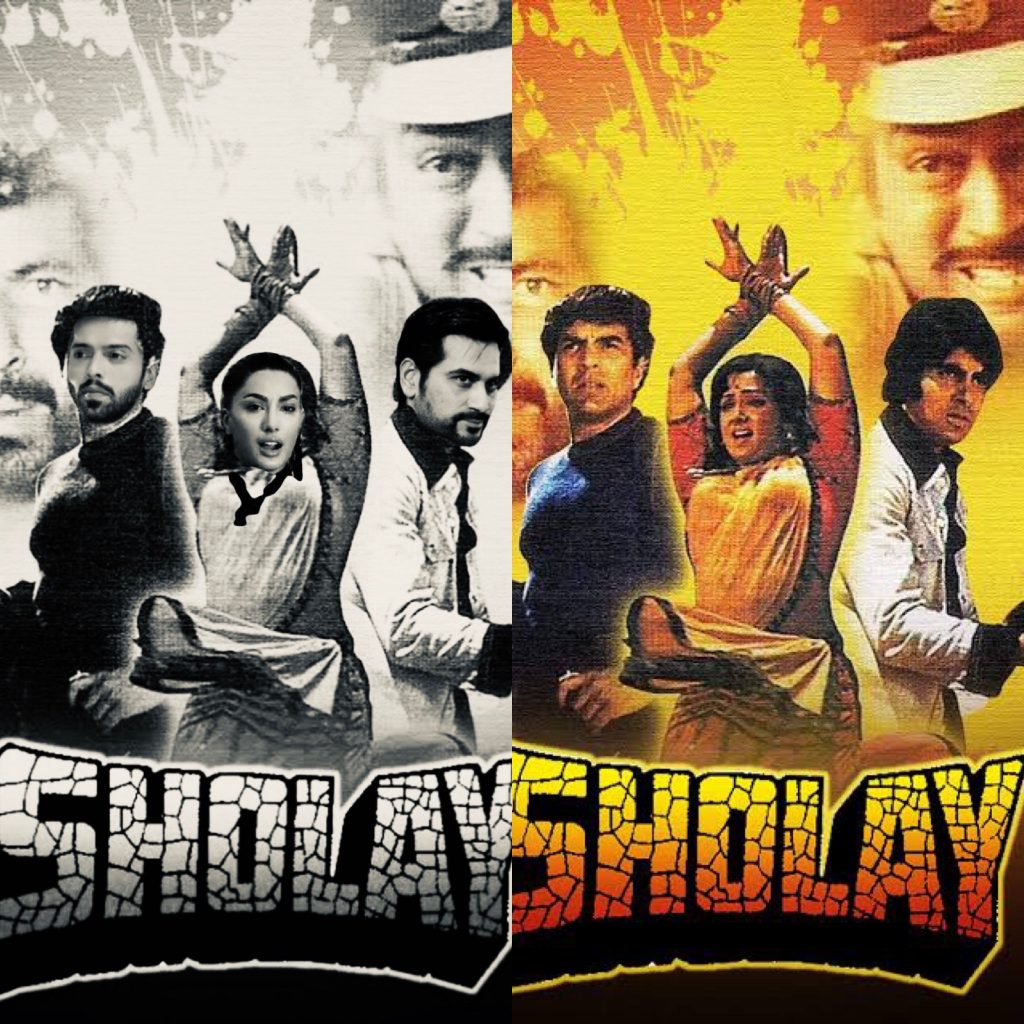 The film serves as one of the most iconic Bollywood films ever made, and that’s why it would only work if we had our megastars in it too! Imagine Mehwish Hayat dancing on Jub Tak Hai Jaan, and Fahad Mustafa screaming Nahi Basanti, In Kutton Ke Samne Mat Naachna! It’s gonna be one crazy moment! Also, how can we think of reimagining Amitabh Bachchan and not think of Humayun Saeed?! 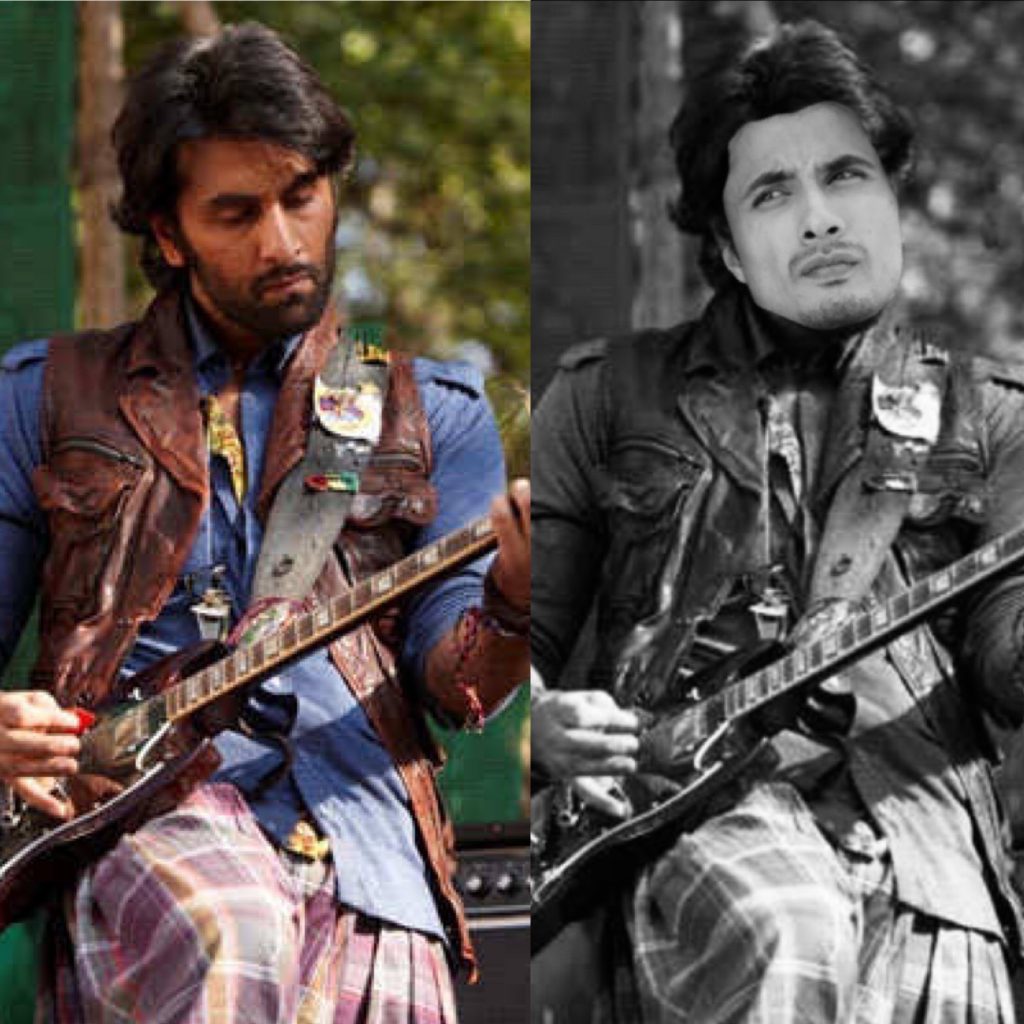 Ali Zafar may have his own successful career chart in Bollywood, but we just couldn’t help reimagining him in Ranbir Kapoor’s place in Rockstar. We mean, Ali even made a song titled Rockstar, this is destiny, people! 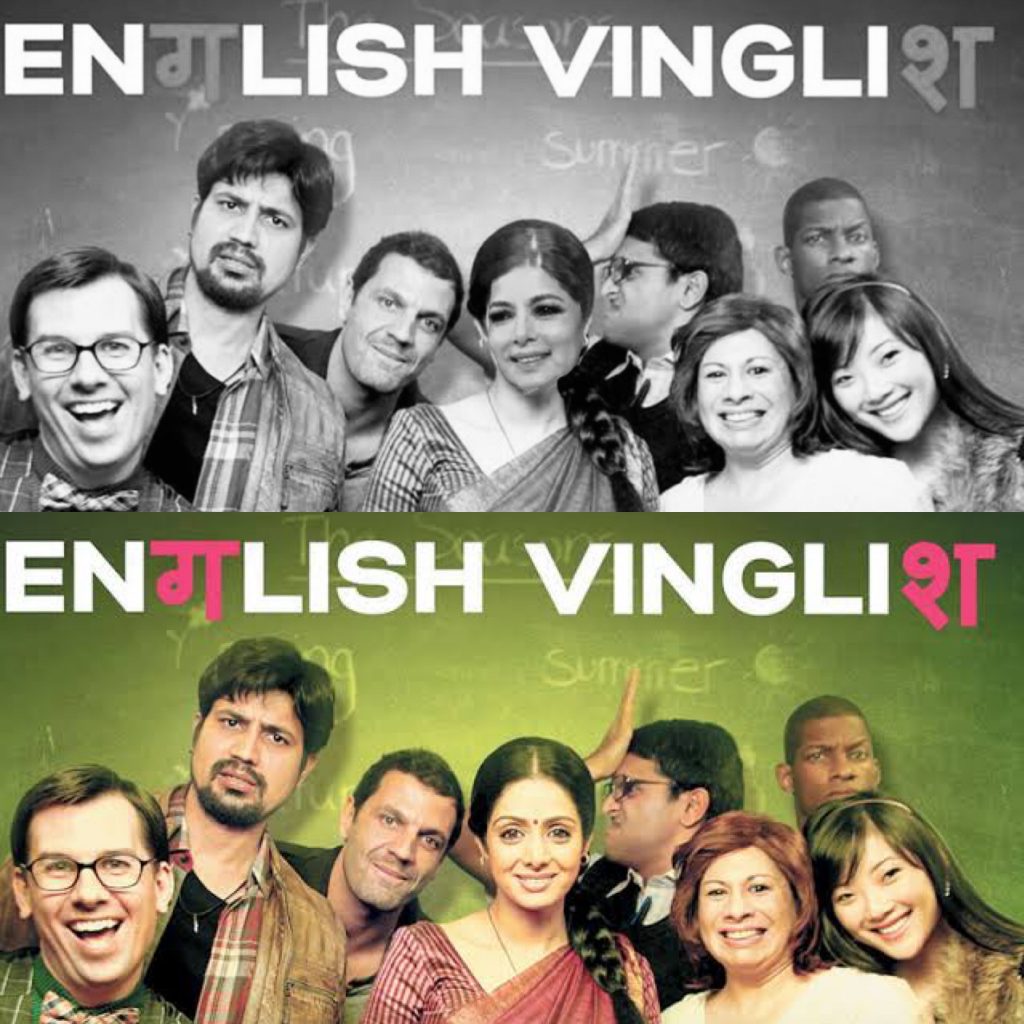 This may have been one of the last few films done by Sridevi before her untimely demise, but we definitely think it was one of her best comeback films! That’s why we think if our very own international diva, Babra Sharif ever thinks of making a comeback, it’s with a film like English Vinglish!

Which star would you like to see in these movies? Tell us in the comment section below.

This Tiktoker is breaking the internet with his crazy editing & it's getting out of hand now!

People are sharing their favourite Urdu books from childhood and it's nostalgic!