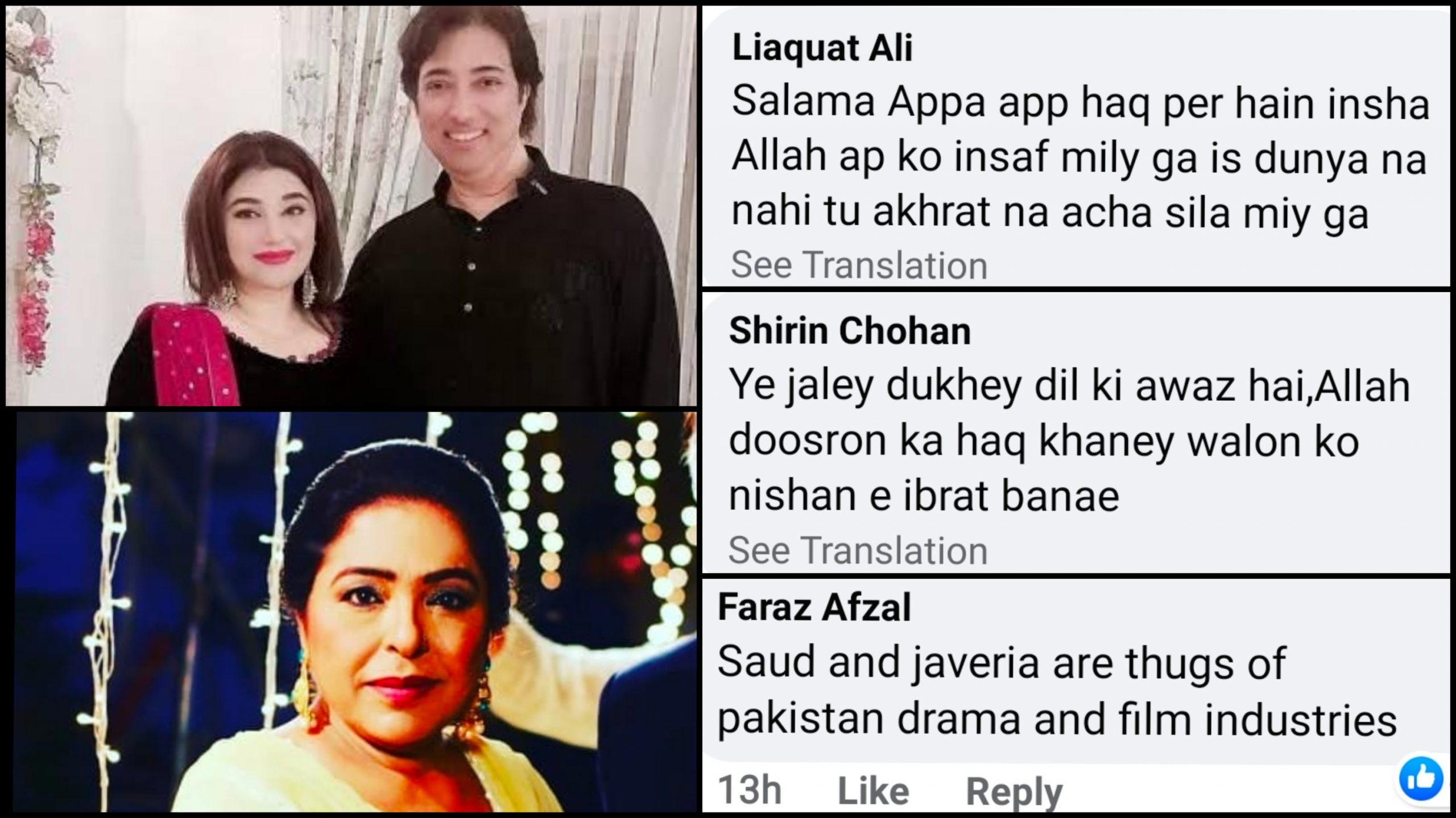 In a 35 minute long video on social media, veteran actress Salma Zafar has made some shocking revelations regarding Javeria and Saud’s ill-treatment of their employees working at their production house, JJS.

In the video, seasoned actress reveals that JJS production house owes her about 10M rupees alone. She also revealed how Javeria and Saud have not been paying their staff and how they’ve been cheating when it comes to adding up salaries of their employers.

The revelations made by Salma Zafar have left people shocked and in disbelief and people have whole heartedly extended their support to the veteran actress:

People were calling Javeria and Saud the thugs of the industry:

Their employees too came forward in the comments sharing how they weren’t paid: 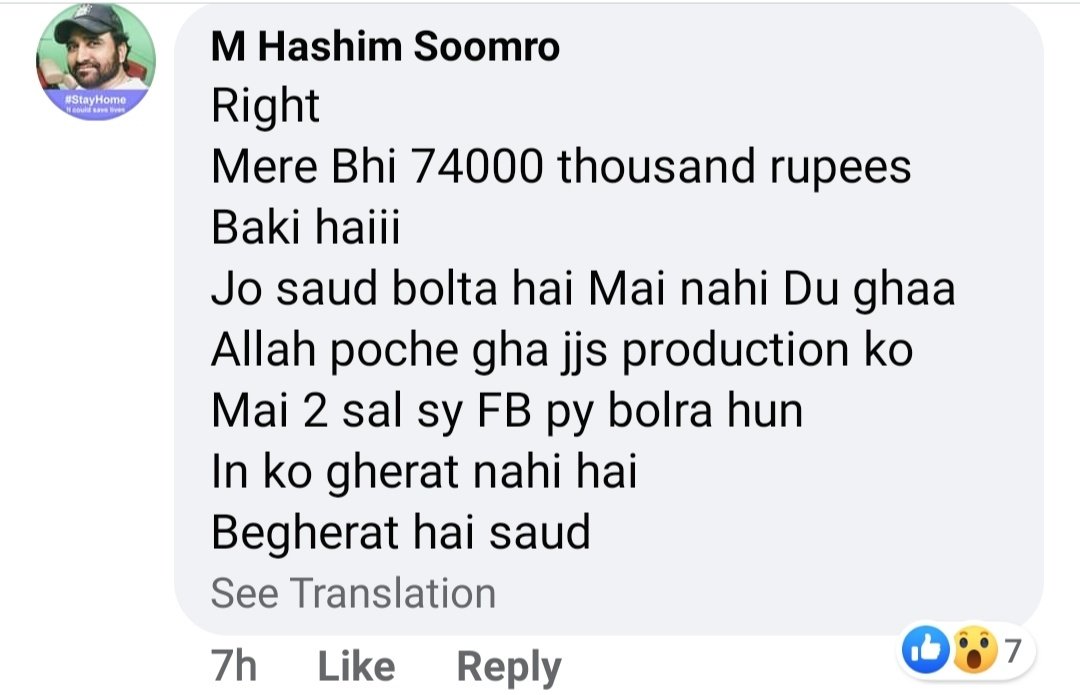 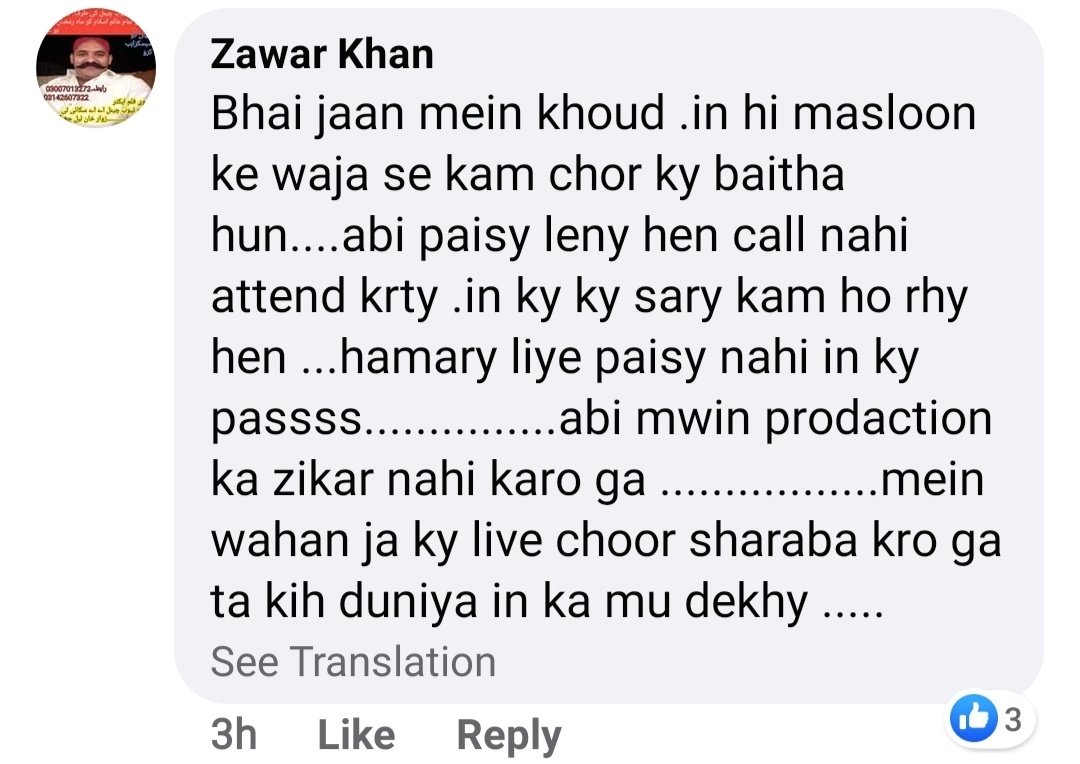 People were comparing them to corrupt politicians:

People were standing with Salma Zafar: 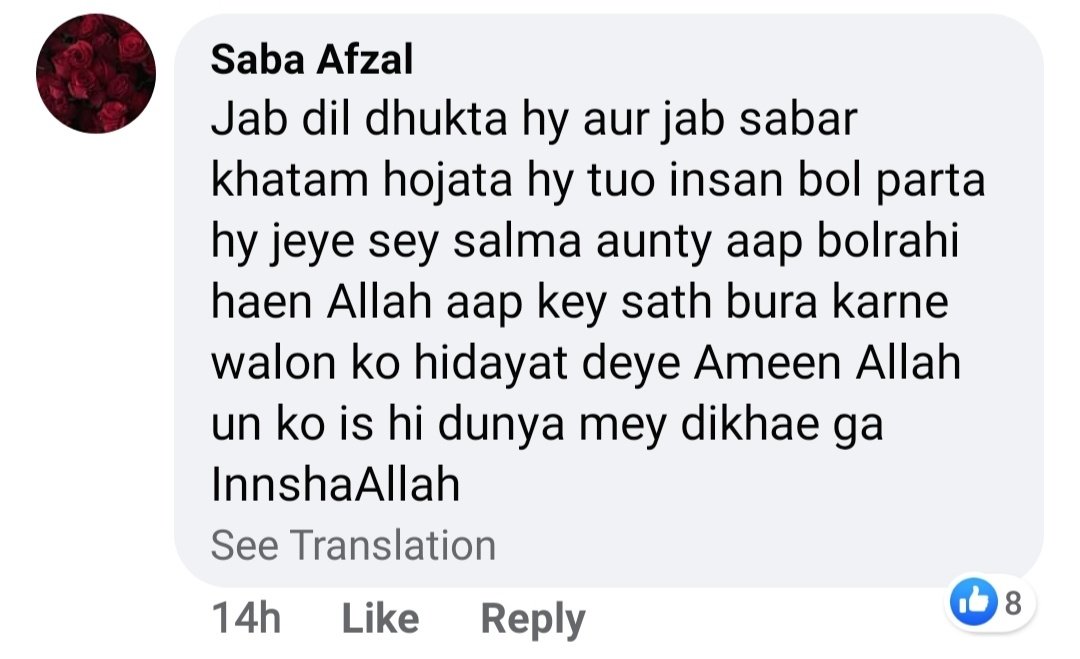 People were shaming Saud for not paying his workers:

People were praying for her:

What do you think about the revelations made by Salma Zafar? Let us know in the comments below!

Pakistanis Are Losing Their Cool After Supreme Court Hinted To Ban YouTube In The Country!

For The Sole: 10 Pakistani Shoemakers That We Can't Stop Loving!