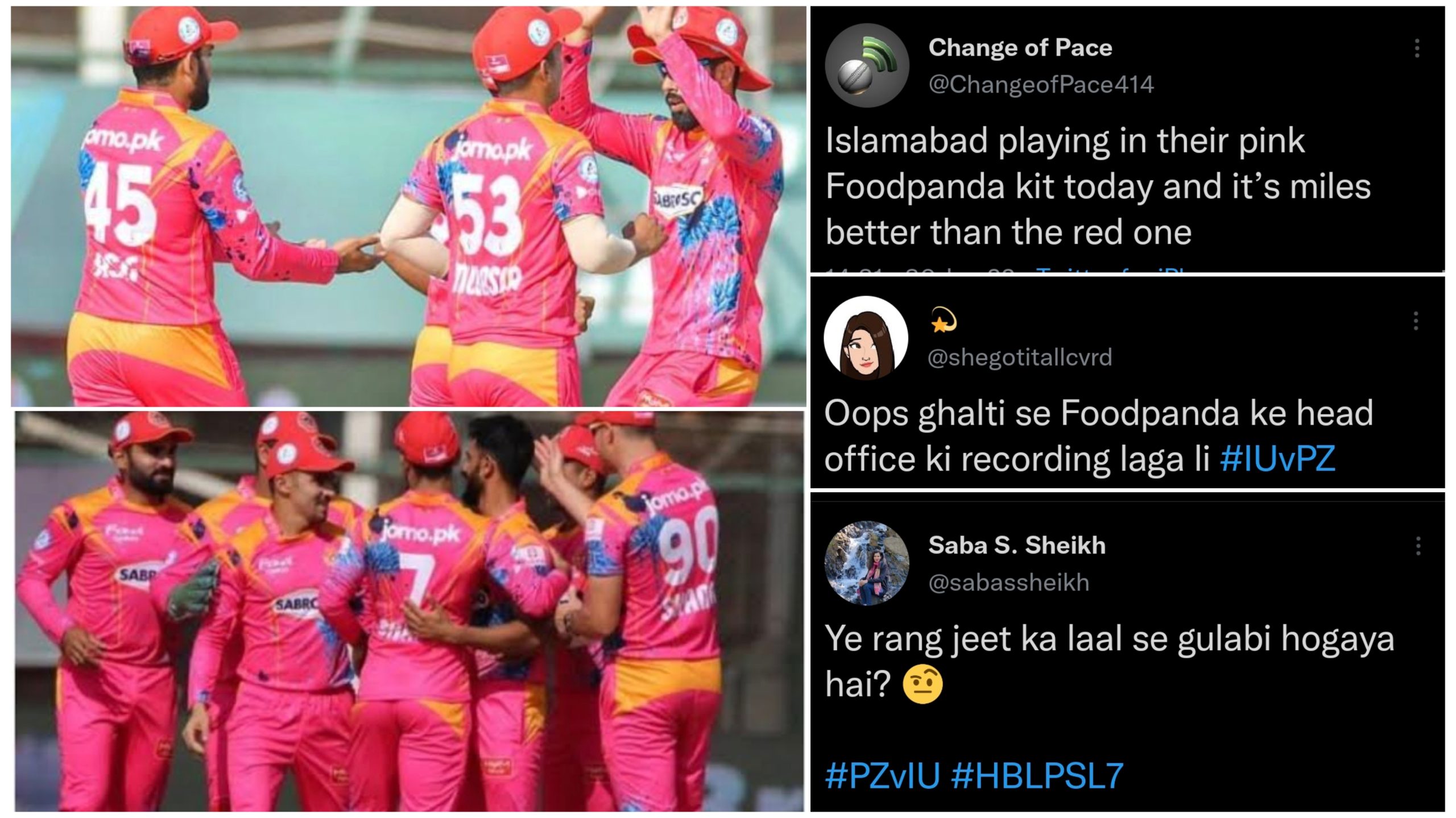 With the PSL season at it’s peak, the tournament has given us our favourite teams fighting for one trophy. Taking a completely different route with their kits this time is Islamabad United, the team has been sporting pink jerseys this season and for a hot minute people had a lot to say about their new kit.

Here’s how the team’s new kit took twitter by storm:

People were living for the new kit!

Islamabad United has collaborated with Foodpanda for five away matches that's why their kit is pink in today's match. #PZvIU

You read it here first!

Shadab slamming into the foodpanda hoarding will become a meme. Calling it now.

Islamabad United away Jersey is lit 🔥

Love the engagement and organic content around the pink kits of Islamabad United #UnitedisPink #foodpanda pic.twitter.com/09YJASRtsy

Is it Islamabad or #Foodpanda riders playing PSL #PZvIU

And that's how you enter the PSL.. like roaring lions in Foodpanda uniform.
Islamabad United 👏🏼👏🏼#PZvIU

What did you think of the new jerseys? Let us know in the comments below!

Man Celebrating At The PSLs Has Pakistanis Rooting For Him!

Pakistanis Share The Most Expensive Gifts They Bought For Themselves & The Replies Are Everything!