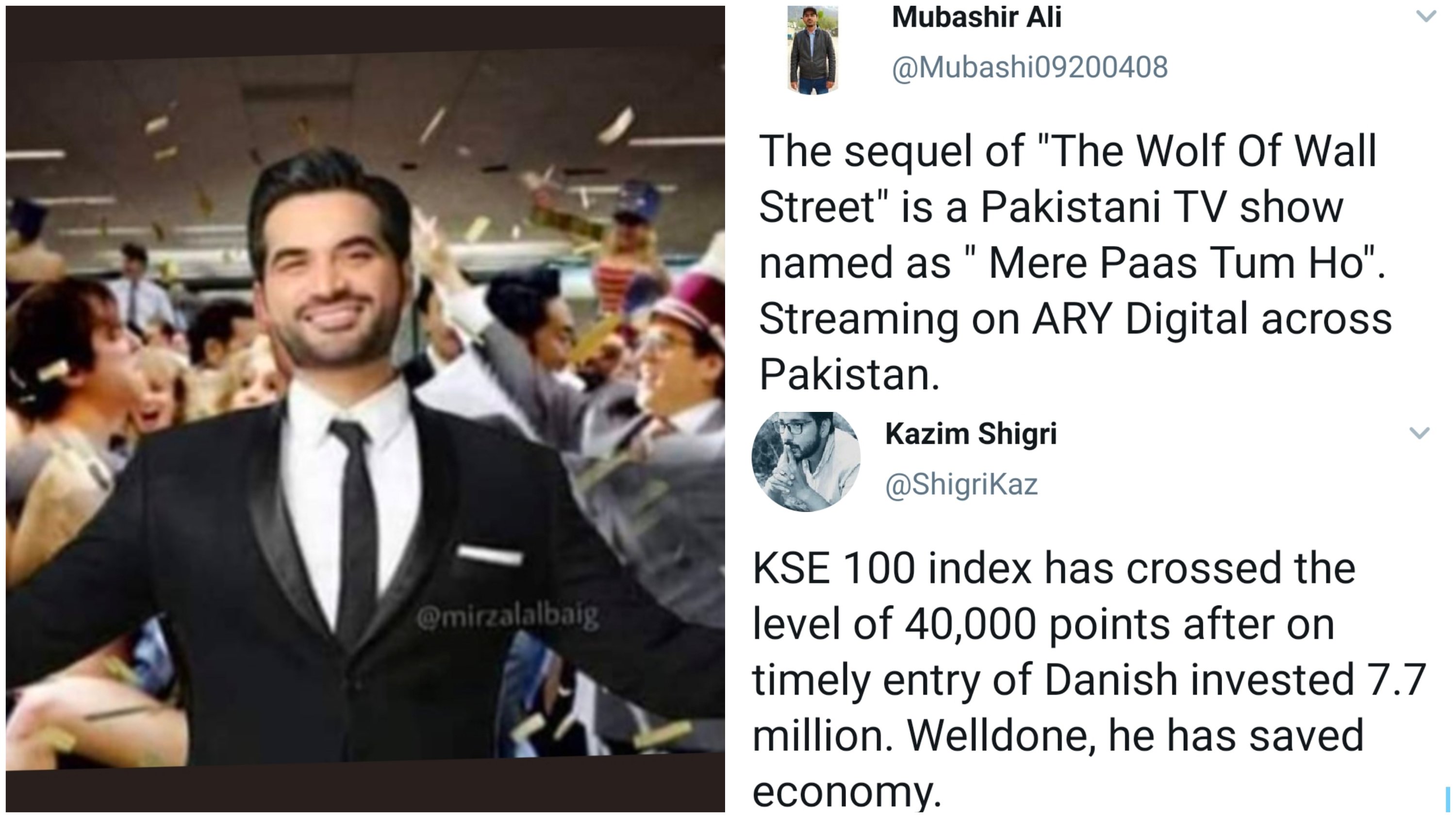 It’s been 3 days since Meray Paas Tum Ho aired but people just can’t stop making memes on Danish after the stock market really hit me highs! And the memes are guaranteed to make you day!

KSE 100 index has crossed the level of 40,000 points after on timely entry of Danish invested 7.7 million. Welldone, he has saved economy.#MerePaasTumHo

Shehwar Chemicals for the win!

The sequel of "The Wolf Of Wall Street" is a Pakistani TV show named as " Mere Paas Tum Ho". Streaming on ARY Digital across Pakistan.

People were lauding Danish for his investment:

Thankyou Humayun Saeed for promoting PSE , it will not only boost Danish’s life but it will also highlight the potential of our stock market and share trading business.😉
#MerePassTumHo @iamhumayunsaeed #PakistanStockExchange #MerePaasTumHo pic.twitter.com/KjsmYWaZwo

What meme did you love the most? Let us know in the comments below!