The textile industry has played a huge role in the economy of Pakistan, and in today’s day and age, that monetary success from the industry has translated into the innumerous fashion retail brands which have mushroomed up all around the country. However, amongst the plethora of names, there are a few that have stood out and proven their prowess as icons of the industry.

They are the grandest names, the key players in retail, and those who have basically changed the way Pakistan shops for fashion, and for that, they must be acknowledged as the flagbearers of change in the country.

Who are these top brands and what makes them the country’s favourite? Find out here… 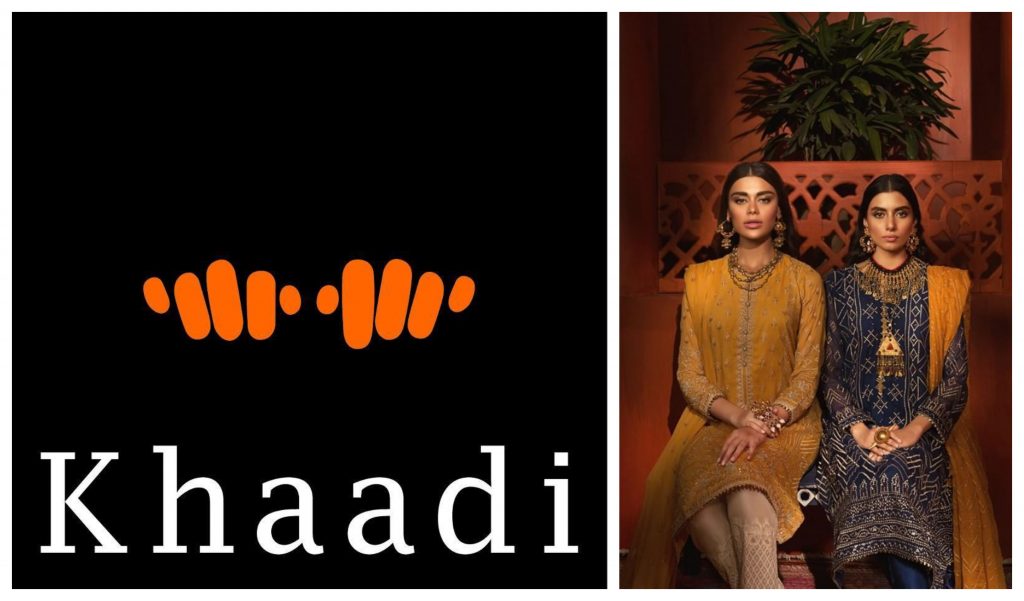 One of the biggest entrepreneurial success stories we have in Pakistan is Khaadi, and in the 21 years of its existence, it has revolutionised how we look at traditional cloth weaving and how that can be turned into a leading fashion trend. Established in 1998 by Founder & Chief Executive Officer, Shamoon Sultan, Khaadi became a leading fashion retailer by offering compelling home and clothing, shoes and accessories, fragrances, skin and hair care solutions for women and children.

It also pioneered new traditions in fashion with an innovative approach inspired by global fusion via a contemporary and fashion-focused context, and today, the brand has made it itself a global icon with 52 stores in Pakistan and 21 stores in the UK, UAE, Qatar, and Bahrain, combined. 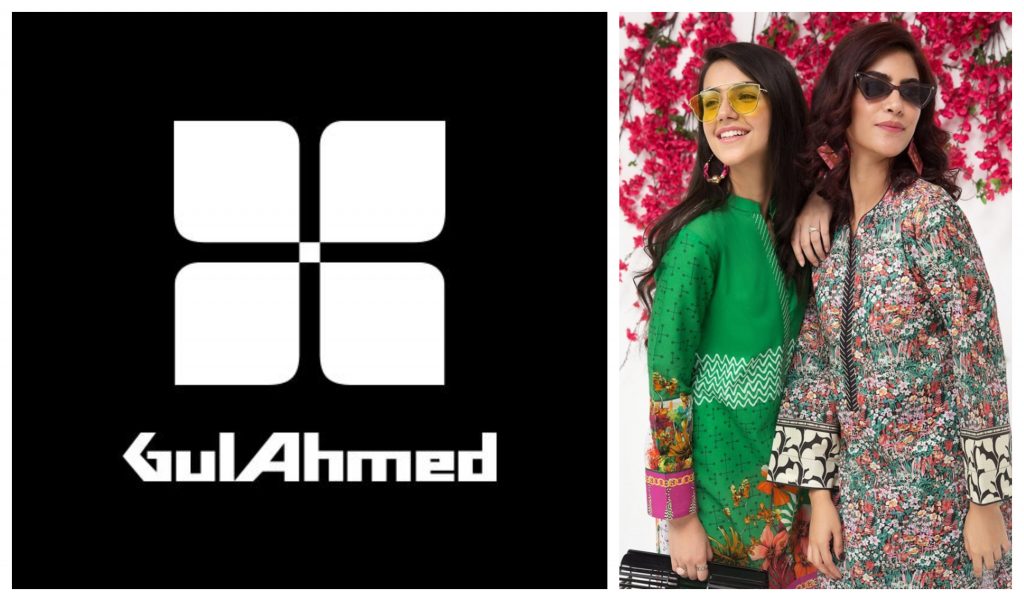 In the truest of words, the story of textiles in the subcontinent is the story of Gul Ahmed. The group began trading in textiles in the early 1900s and gradually entered in the field of manufacturing with the establishment of today’s iconic name of Gul Ahmed Textile Mills Ltd in 1953. From there onwards, it only saw the upward rise and today enjoys a leading position in the world of textiles.

However, beyond industrial textile production, what makes Gul Ahmed iconic is its strong presence in the retail business as well. The opening of its flagship store – Ideas by Gul Ahmed– marked the group’s entry into the retail business. Starting from Karachi, Gul Ahmed now has an extensive chain of more than 40 retail stores across the country, offering a diverse range of products from home accessories to fashion clothing. 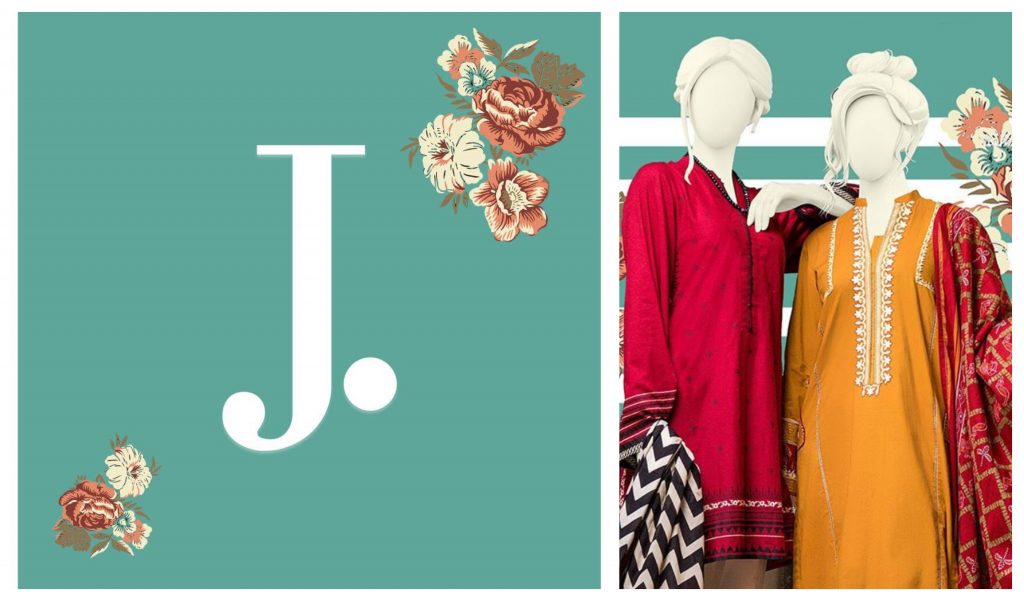 While many celebrities now own various brands in the Pakistani market or endorse a plethora of products, one of the pioneers of creating their own brand and making it into a revolutionary name was the late Junaid Jamshed back in 2002. Establishing his brand J., the former musician proved that his ideals and the right business tactics could create one of Pakistan’s biggest fashion brands.

The brand started its journey through its first store on Tariq Road, Karachi where it catered only to menswear, and soon it earned new heights of success as it forayed into womenswear, kidswear, accessories and beauty products, becoming one of Pakistan’s most premier brands. 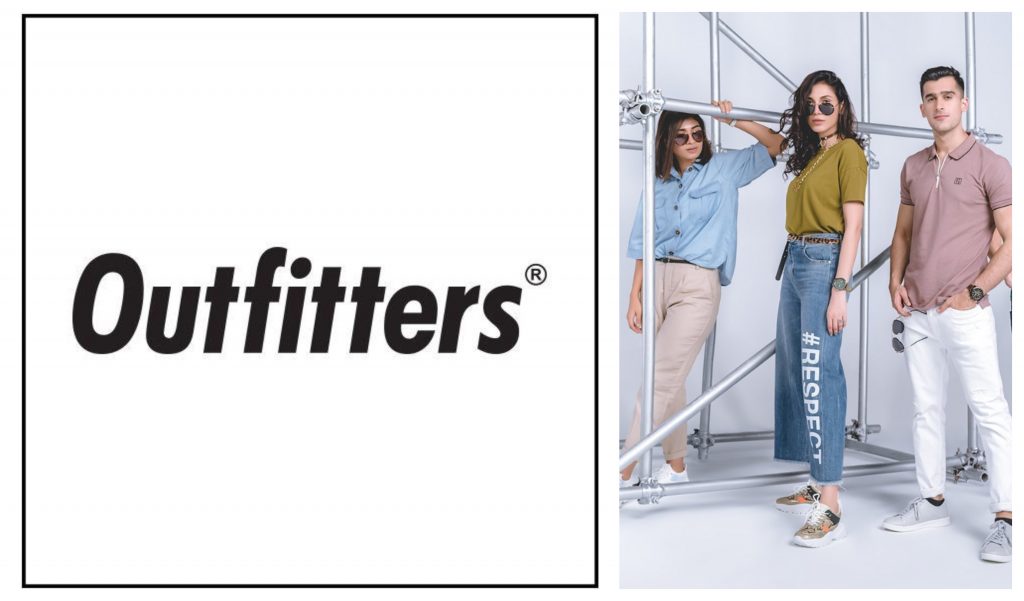 Ranked as the number one western wear brand in Pakistan, one of the most successful examples of the fashion retail industry is Outfitters. Established back in 2003 by  Kamran Khurshid with a vision to revamp the fashion industry and fill the gap in urban apparel in Pakistan, Outfitters now enjoys one of the most envious top positions in the nation.

The brand originated in Lahore, Pakistan, where its sole focus was on trendy street-smart fashion for men and women. But then in 2008, Outfitters introduced a brand for kids as Outfitters Junior, focusing on kids’ fashion. Following that, the brand launched ‘Ethnic by Outfitters’ in 2013, an eastern wear brand offering modern fusion everyday clothing. Then subsequently In 2017, a menswear line was also introduced called Ethnic Man, catering to a variety of clothing for men.

Today, it operates 100 stores spread over 17 plus cities in Pakistan and has become one of the biggest names in Gen Z and Millennial fashion in Pakistan. 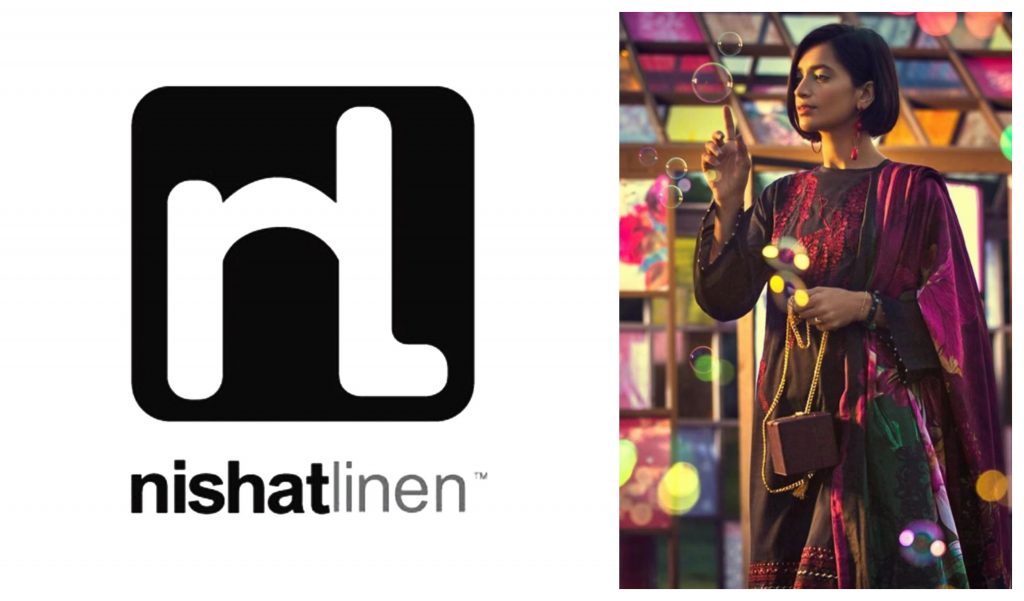 One of the key conglomerates of the Pakistani textile industry, Nishat is a name no one could be unaware of. Established in 1951, it is one of the most modern, largest vertically integrated textile companies in Pakistan, and through it, came Nishat Linen, which was created to cater to the demand for high-quality fabric, at affordable prices whilst still maintaining a strong fashion ethos.

Nishat Linen opened its first outlet in Lahore in 1992, and since its inception, Nishat Linen has gone from strength to strength boasting a wholesome range of product lines for the whole family within its brand. Currently, Nishat offers womenswear covering prêt for all seasons,  an accessories line which has also collaborated with Swarovski, home textiles, kidswear, and menswear.

It also boasts over 70 outlets in Pakistan in 26 cities and an international retail presence in Dubai, Abu Dhabi, Saudi Arabia, Canada, and the UK. 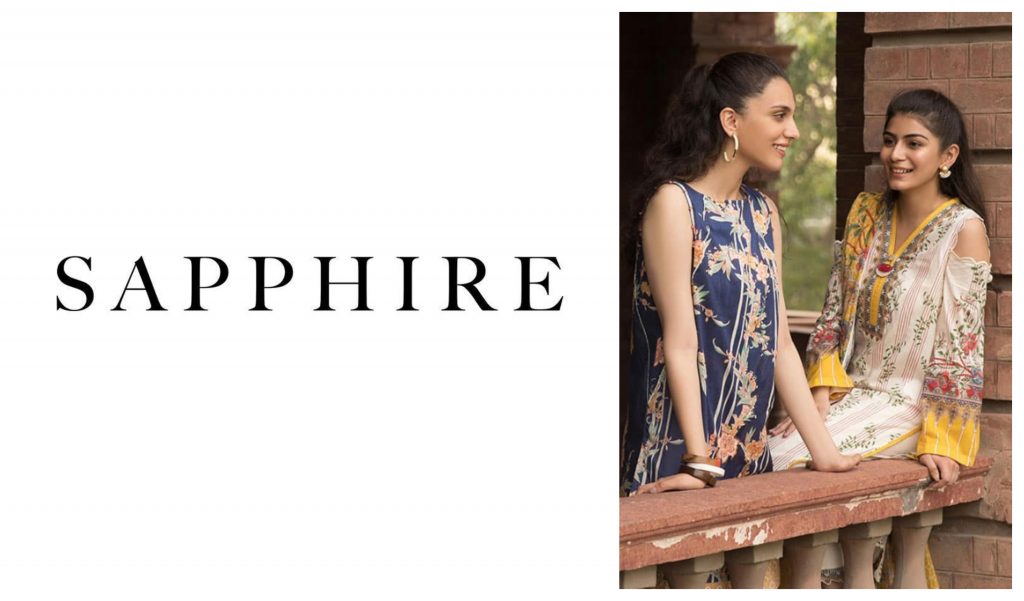 Making the concept of high street fashion into a reality in Pakistan, Sapphire became one of the biggest names in the industry within a few months of its inception. A high-street brand introduced by one of the largest names in the textile industry, it is celebrated for combining 100% pure fabric with unprecedented design aesthetic to create designer wear at an affordable price.

Their range of affordable designer clothing has something for everyone – daily wear, party wear, formal wear, silk tunics, scarves and unstitched fabric, which is complemented by their exquisite designs which have truly made it a one of a kind brand in the country.

It operates more than 20 stores currently around Pakistan. 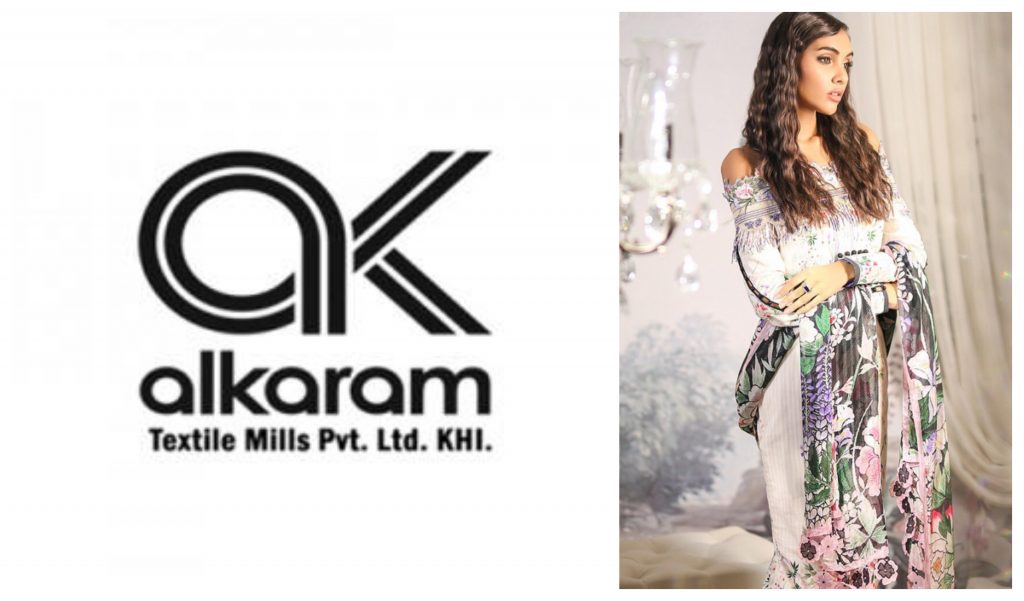 Another textile giant who forayed into retail and conquered it, the Al Karam group was founded in March 1986 with a vision to be a provider of innovative textile solutions worldwide. Their focus on fashion fabrics and apparel for men, women and kids, along with home textiles made the brand into a huge icon for the market, and today it enjoys one of the top positions in the country.

Creating its name through the Alkaram Studio brand, the brand is a perfect haven for aesthetically-inclined women, who can bring their style language to life with fashion fabrics, ready-to-wear lines and stunning accessories from their stores. Currently, Alkaram can be found in Karachi, Hyderabad, Lahore, Islamabad, Rawalpindi, Faisalabad, Sargodha, Multan, Gujrat, Mirpur, Peshawar, Gujranwala, Daska, Muzaffarabad, Mardan, Swat, Narowal, Bahawalpur and Dubai. 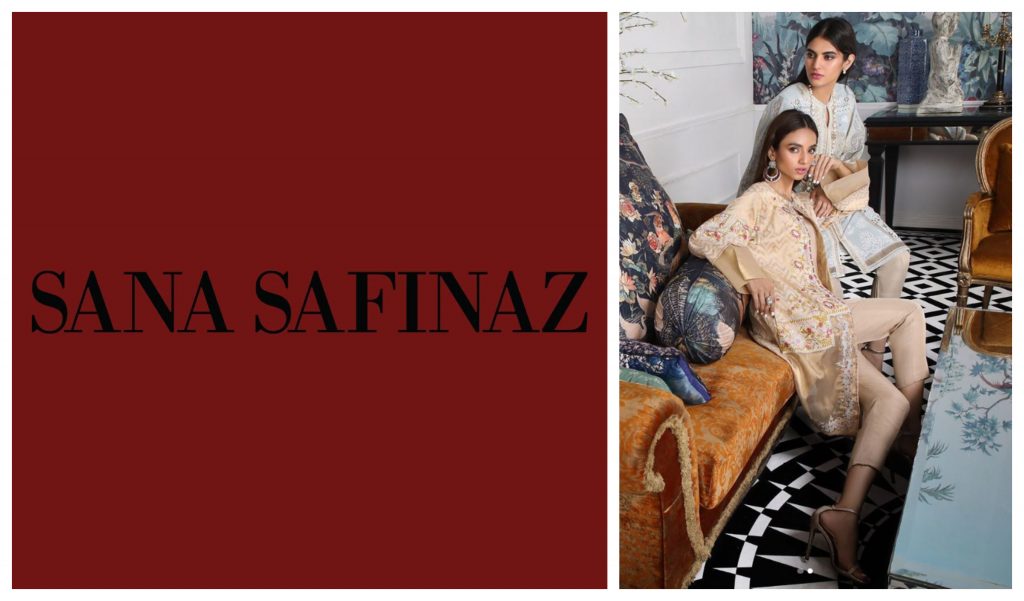 Doing what was possibly unheard of three decades ago, Sana Hashwani and Safinaz Muneer changed the face of fashion retail in the country by introducing their brand, Sana Safinaz in 1989. The rest, as they say, has truly been history – but an iconic one at that.

The dynamic duo started their own textile revolution and started creating a mix of couture and prêt for their niche market, and then eventually taking it nationwide by creating affordable fashion for the masses. Today, Sana Safinaz can undoubtedly call themselves the mavens to one of the only premier luxury retailers in Pakistan who offer elegant ready to wear ensembles and fabrics, which cater to the modern Pakistani woman. 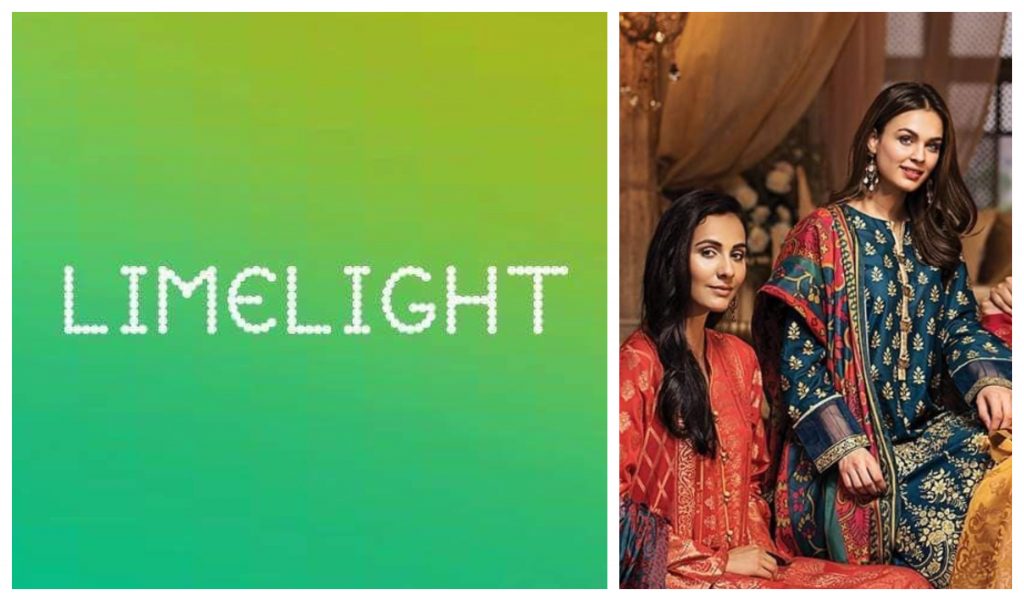 A fairly new name amongst giants, Limelight proved its prowess and today, enjoys being one of Pakistan’s top retail brands. It all started in 2010 with womenswear, from which the brand eventually forayed into kids and menswear. Limelight’s clothing line includes both stitched and unstitched fabrics, along with an introduction to accessories.

Today, with more than 55 stores nationwide Limelight offers various product lines that can click anyone’s heart as they showcase their spin on traditional clothing and western wear side by side for multiple tastes out there. 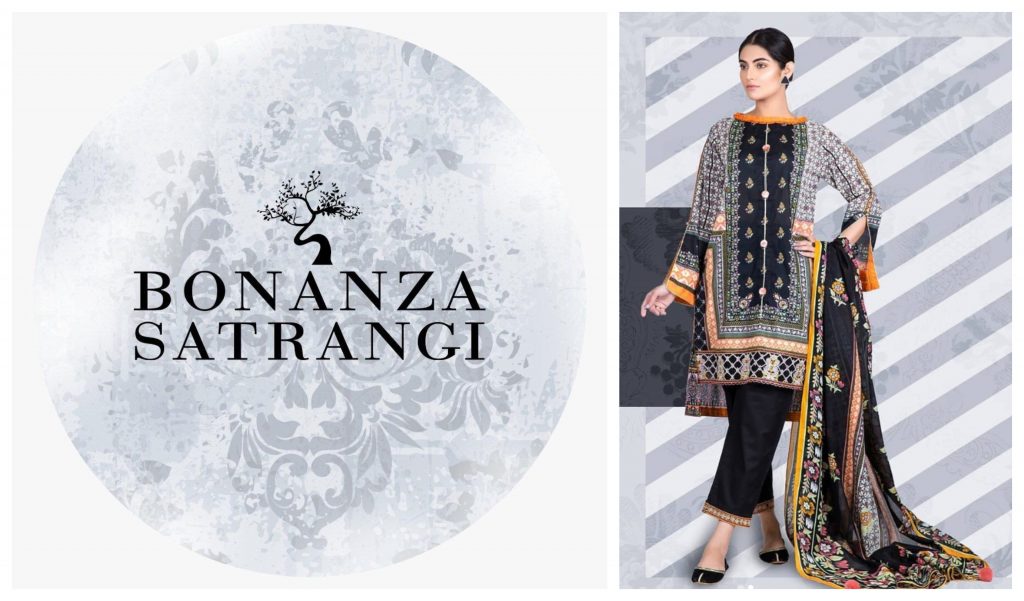 With over 40 years of experience at their disposal, one of the biggest names that everyone has grown up going to is Bonanza. It all began in 1976 when the textile industry had not even flourished to its complete potential, that Bonanza initiated ready-made winter wear, particularly knits for men, women and children. From then on, Bonanza became a prestigious brand and won respect as the master of detail in the realm of ready-made garments manufacturing.

With over 80+ outlets across Pakistan today, Bonanza stands as an enormous textile giant. However, looking at the market potential amongst clothing brands for women, Bonanza furthermore ventured into creating its exclusive women’s clothing line Satrangi in 2012 which has now become a one-stop clothing solution for the women of Pakistan.

Which brand is your favourite? Tell us in the comment section below.

Adnan Sami and Amir Liaquat have been taking major digs at each other and we're rooting for Aamir Liaquat!

There's a 'Dulhan Course' being offered and people are offended!