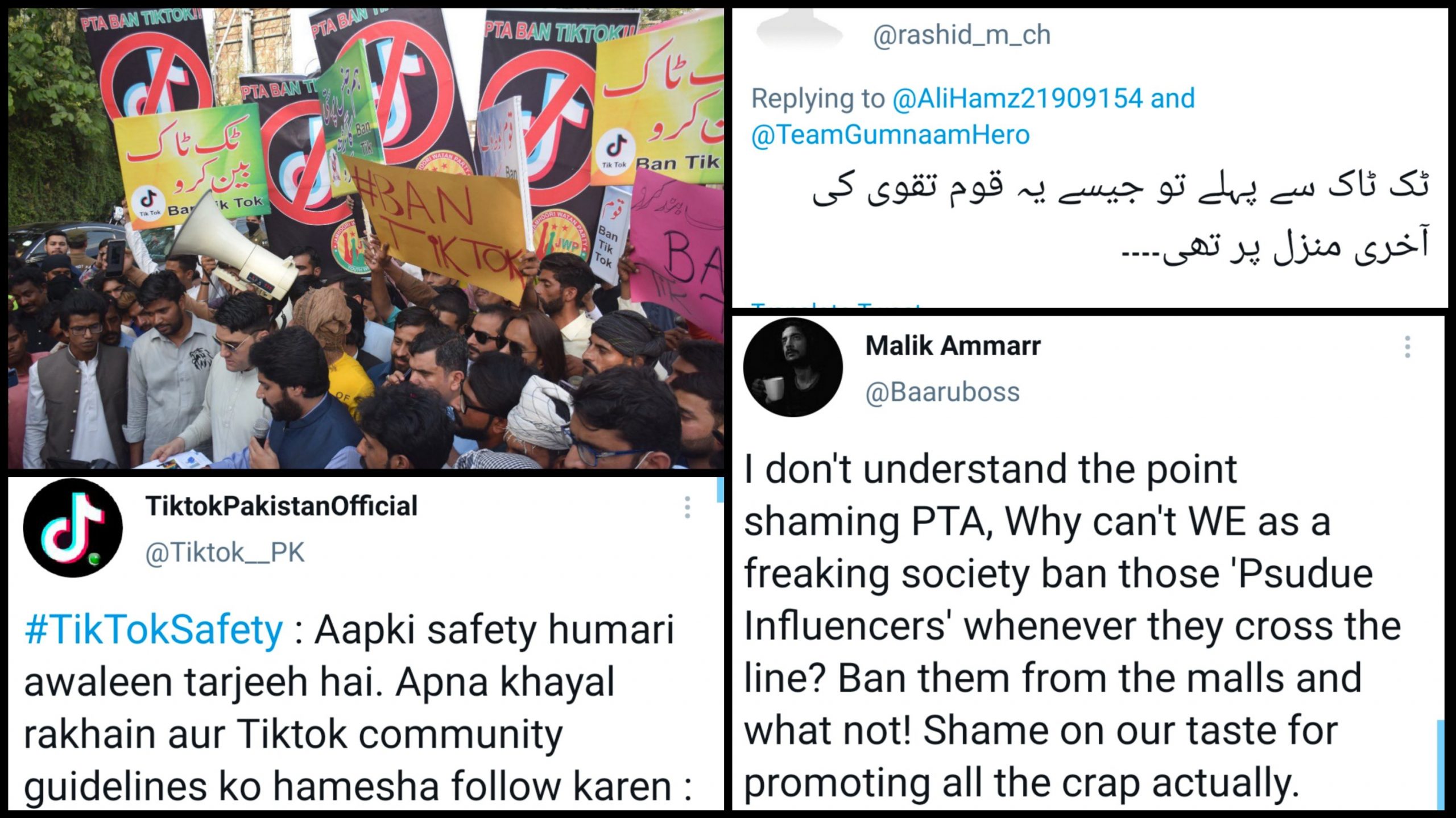 According to the numbers shared by the Peshawar High Court, around 9.8M objectionable videos were removed from Tiktok and about 720,000 accounts were blocked for spreading vulgar content in the country.

In an attempt to reinforce the safety guidelines, Tiktok Pakistan has been raising awareness time and time again, asking the users to create and surf the app safely:

Soon after the numbers were revealed, netizens took to twitter to share what they think of the matter, some supporting a full ban on the app and others wanting to educate the influencers on creating better content, here’s what they’ve got to say!

Apps like tiktok should be banned in order to save our generation's Future.#ShameOnPTA@TeamGumnaamHero pic.twitter.com/m9uqh1TaiV

People added other apps that they wanted to be banned:

Some were calling Tiktok an app that promotes pornography:

Why aren't pornographic apps being shut down? PTA is sleeping.#ShameOnPTA pic.twitter.com/ZHTKCVr6It

Cricketer Shahid Hameed shared how it was time to wake up:

My name is Shahid Hameed And I agreed that tiktok should be Ban now because it spreads Vulgarity.

People were also sharing how there should be a certain set of laws:

There should be a Law for these kind of activities to ban and should not be allowed in Pakistan #PleaseawakePTA #ShameOnPTA pic.twitter.com/ragU3aBHhL

People were calling it cancer:

Some had bad parenting to blame for the immoral content:

People were sharing how Tiktok has an adverse effect on mental health:

"Tiktok" has worst impact on mental health of users..#ShameOnPTA pic.twitter.com/1AD9B0c6FI

People also took it as an opportunity to throw shade at Hania Aamir:

On either ways behayein is spreading , why PTA is not banning them, why only tiktok 😆😆😆 #ShameOnPTA pic.twitter.com/gYv1CABqqE

Some were of the opinion that people should be guided better to avoid misuse:

#ShameOnPTA i suggest, people should be guided properly to use technology rather than misusing it https://t.co/wsEyAt5YRP

And while others were all for Tiktok and similar apps to be banned, some believed that banning the app was not a long term solution:

While everyone is criticizing PTA and PTI .Real culprits ain't those who watch and promote vulgar stuff on tiktok all these fame thirsty tiktokers are playing with the youth if we Ban Tiktok they will simply makes another app only solution is to #Radicaliszethem #ShameOnPTA

People were also sharing how the influencers should be held accountable:

I don't understand the point shaming PTA, Why can't WE as a freaking society ban those 'Psudue Influencers' whenever they cross the line? Ban them from the malls and what not! Shame on our taste for promoting all the crap actually.#ShameOnPTA ??

Some also believed that the recent fight at the assembly was worse than the content on the app:

What are your thoughts on this matter? Should Tiktok be banned? Let us know in the comments below!

Gigi Hadid Says Baby Khai Is 'So Lucky' To Have ‘Baba’ Zayn Malik' & Pakistanis Are Melting!

#100MostBeautifulWomen: Here Are The Ones Pakistanis Have Nominated This Year!