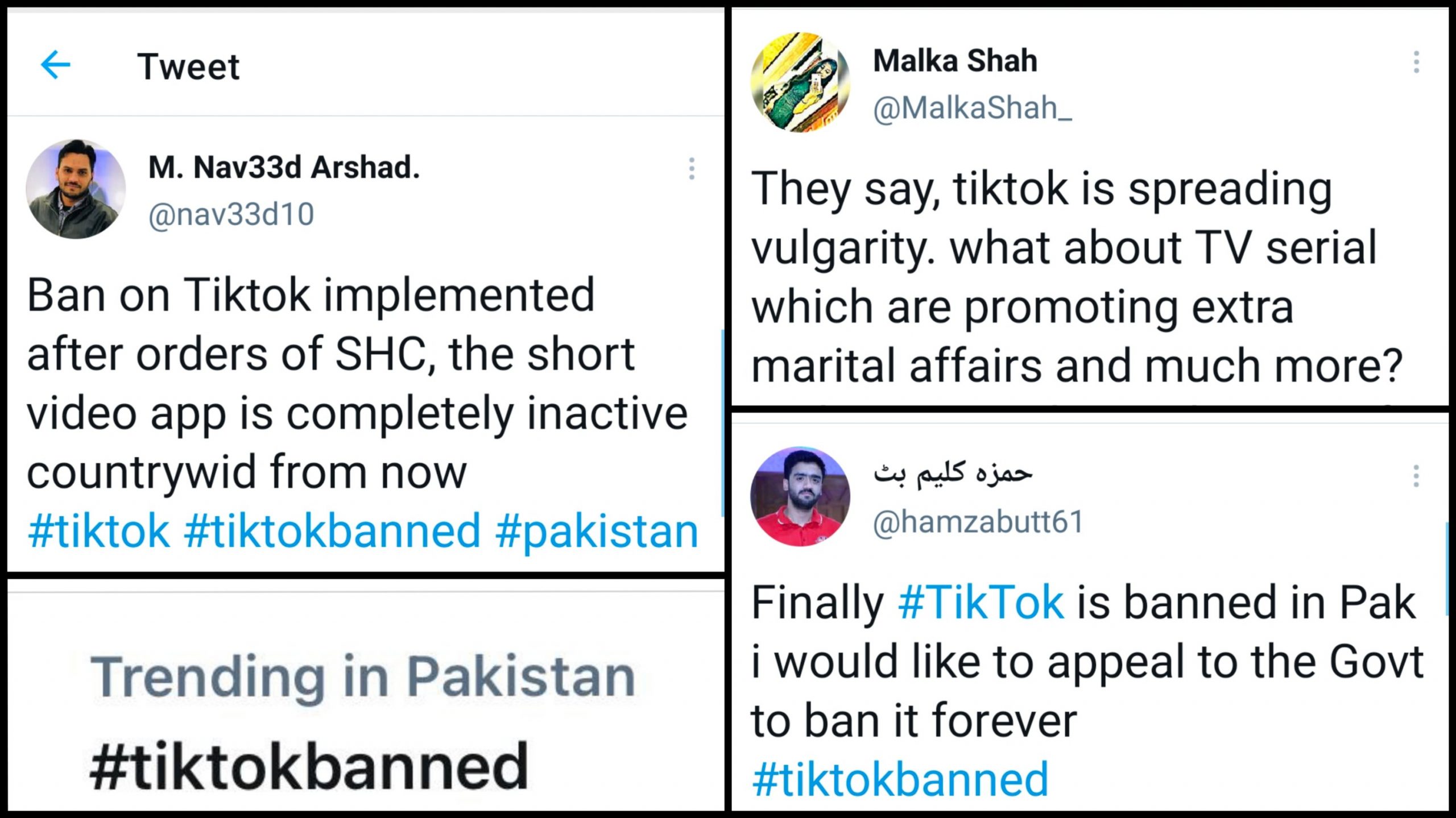 Looking at the volume of immoral and vulgar videos on Tiktok, SHC banned the video app once again in Pakistan. This is the third time that the application has been banned on grounds of spreading vulgarity amongst the country and for celebrating LGBTQ-Pride Month globally.

And the ban netizens feeling all sorts of ways, most of them celebrating the feat:

People were sharing what the tiktokers must be feeling like:

Masters of snack video were having a field day:

Finally #TikTok is banned in Pak i would like to appeal to the Govt to ban it forever #tiktokbanned pic.twitter.com/xyQp4Vc0Nn

So #tiktok ban 🚫 once again in #Pakistan, this time should be ban permenantly this app 😌😏#tiktokbanned pic.twitter.com/XvB42XxmNy

People were calling the app cancer:

#TikTok is a cancer i repeat its a cancer.. Ban it permanently
Like if you agree…#tiktokbanned pic.twitter.com/m5HJAPkHup

People were comparing the reactions of tiktokers vs YouTubers:

People were sharing how they won’t tolerate anything out of line:

And while many were rejoicing the ban, others were fuming!

They say, tiktok is spreading vulgarity. what about TV serial which are promoting extra marital affairs and much more? and morning shows the root of all evils where you can found dancing girls? why only to ban tiktok? ban other media too
#tiktokbanned pic.twitter.com/AYlWHOBdSE

Tiktokers were missing their followers:

What am I gonna do now? I am missing my 1306 followers on tiktok 😭😂🤣#tiktokbanned pic.twitter.com/8qsqgmJvzP

Some shared how the creators should be banned instead of the platforms:

Platform is not the issue.

Some shared how the government should ban the internet altogether:

Government should ban the whole #Internet, why only #TikTok ?

Banning TikTok will not fix the problem of our society.

What are your thoughts on the ban? Let us know in the comments below!

Remembering Asma Nabeel & The Iconic Dramas She Gave Us