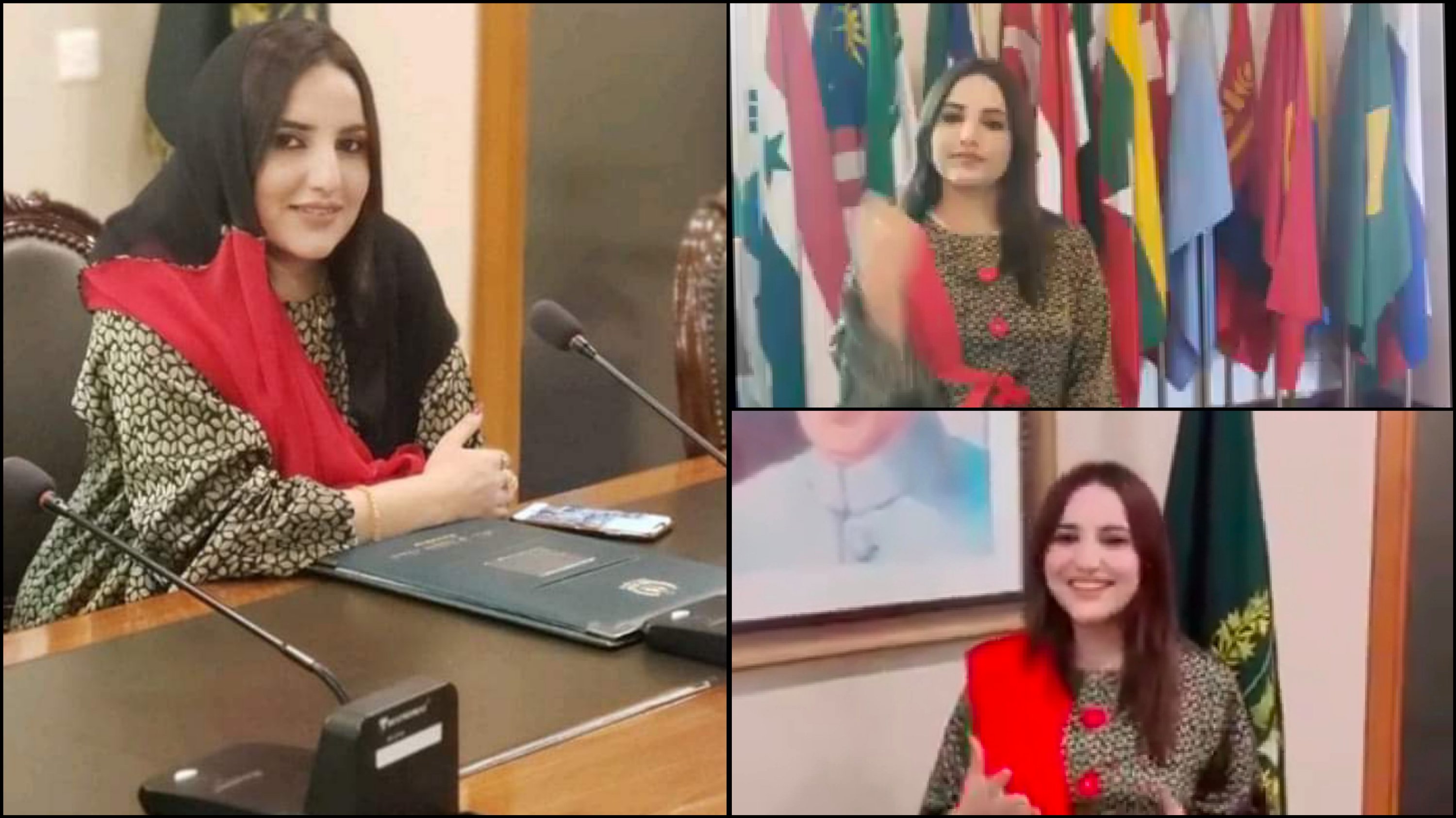 Tik tok is an app very popular amongst the youth of our country, and the lengths to which people go just for the sake of going viral has killed many. Hareem Shah, a tik tok star who currently sits at 1.5M followers has been trending on Twitter for a video that went viral:

Whoever allowed this to be filmed inside the main meeting roo of the Ministry of Foreign Affairs would be quite foolish to think that the clip wouldn't make it to social media – and end up in massive criticism of the government pic.twitter.com/lrzdh6xsAl

And this wasn’t the only video that went viral, here’s a lowdown of her tour:

If a certain #HareemShah can get access to the committee room of the foreign office where important meeting take place without any security check, then I won't be surprised if spies will be having field days in the capital city. Heads need to roll. @ImranKhanPTI

People were also speaking from their personal experience about the protocol and security:

Well I have also visited many Senates and also met a PM in Italy during my College Trips but "Phones" Were not allowed and Security was tough !! Media personal's have authourity and Many Officers I wonder who allowed this ? It's a Foriegn Delegation Room 🤷‍♀️#HareemShah#Pakistan https://t.co/t2zvn4mczA

Many demanded that Hareem be tried in a criminal court:

The #TikTok star #HareemShah should hv been trialed under the criminal charges of crossing her limits and accessing the chair of Prime Minister of Pakistan, illegally. It's a matter of protocols and code of conduct. All the involved in that should have been brought to answerable.

People were questioning the Foreign Office:

Major and very serious security breach, how she did this?? Those responsible should really be punished.#Shame#HareemShah@ForeignOfficePk @Dr_FirdousPTI @ImranKhanPTI @pid_gov @PakPMO

And there were memes that broke the internet:

In PTI's tenure, You can expect anything from this govt. I demand strict action should be taken against this lady & those who gave her access to inside @ForeignOfficePk. Parliament, Ministries offices are sanctities of any country. #HareemShah

Pm shab @ImranKhanPTI this is not acceptable at all.
How the showbiz ladies and social media sensations are living under your ministers and MNAs? You shud prob it by yourself please do action this horrible things 😡#HareemShah pic.twitter.com/voPUTbkS7v

Many were disappointed how the hashtag #HareemShah was the number 1 trend:

So #HareemShah is trending at number 1 in the country.
Social media influencers & celebrities – Wah.

Issues like these reflects that we have no major issue in the country and how this issue is trending No 1 on Twitter and Pakistani Media looks like we have overcome all the future challenges . Lets move on ! & stop this bullshit.😠😡#HareemShah pic.twitter.com/YWxcyhy3fI

Lmao this one had us dying!

People were angry on no action being taken:

1. Ordinary makes video in uniform? Its a problem.

3. They sit on chair of DC Charsadda? Huge problem.

In an interview on a news channel Hareem revealed that no one really stopped her from recording there:

The anchor responds by saying ordinary Pakistanis don't have access to the Ministry to which Ms Shah says that the Ministry is there for all Pakistanis pic.twitter.com/65W3rYNfBm

#HareemShah hareeem shah response on her contradict video. She said " as no body stops me from making video there so it was her right to do so.." #happytabdili pic.twitter.com/IGTuqXErH1

Many thought she was doing this for publicity:

She got what she wanted "publicity ". #HareemShah

And of course, there was character assasination:

If you know a minister and you are good at “Squats” things become easy you can even wander in MOF /PM house . (Hareem Shah) #HareemShah

Some reported that Hareem had an appointment with Shah Mahmood Qureishi:

People thought she was a disgrace!

This is ridiculous and insult of our PM IK ,its not your school chair or amusement park where you can sit and make tiktok .

And while many were bashing her to the core, a few were actually defending her:

It’s not like she got access to nuclear codes. People have too much hatred and free time. #HareemShah

Many looked at the bright side:

IK vows he will open every govt office be it CM house, Gov House or PM house for ordinary people.
His first ever fullfilled Vow since he has sworn in. Thereby It must invite applause rather than criticism.
#HareemShah pic.twitter.com/yGX9rSvvFH

Many thought she was being sent hate because she was a female:

Why are we so hard on #HareemShah (who hasnt done anything remotely unlawful) yet so soft on #AliZafar who is hiding behind a technicality of employer-employee relation?

According to reports the PM Office has taken notice of the matter and a probe has been launched to find out how the girl managed to enter the MoFA building and who facilitated her.

This guy's thread on why desi kids have trust issues will make you LOL!