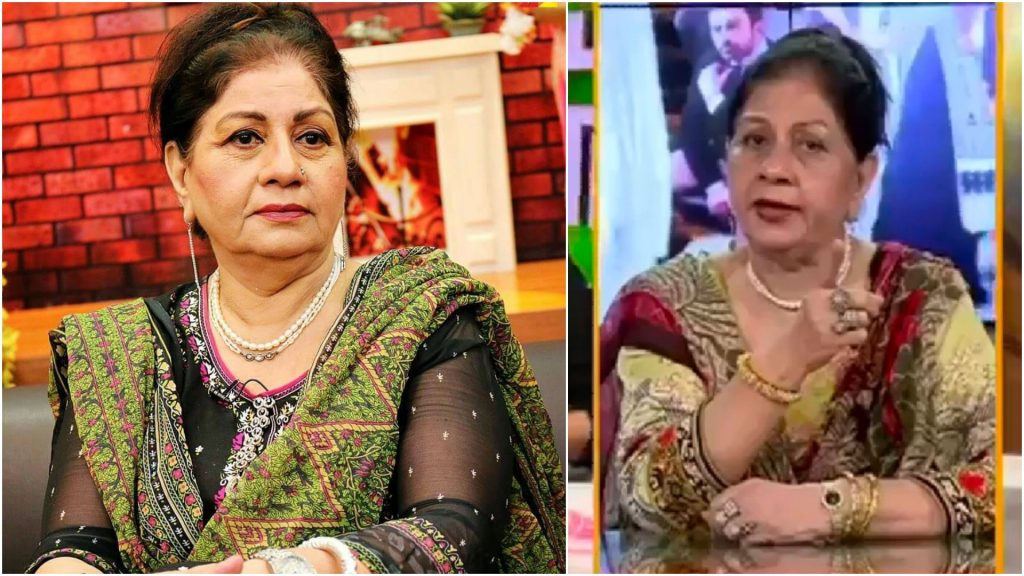 In an already patriarchal society we have women like Mrs. Khan, a famous matchmaker who thinks the key to a successful marriage is being a deaf caretaker for your in-laws. And no, we’re not kidding, this is not satire! This actually happened on a TV show where this famous matchmaker, when asked what was the key to successful marriage, lashed out on women and called them out for speaking in front of their husbands. Don’t believe us? Hear it for yourself:

As per the very ‘soft-spoken’ Mrs. Khan, everything going wrong in a marriage is because of the girl and her decision to stand up to any injustices. Ideal wives (according to Mrs. Khan) should be confined to kitchen and taking care of the house, oh and also submitting to their husbands and their family 24/7. And the comments under the video were proof of why this mindset needs to die already! Men were lauding this woman for being a 100% correct. And the few who spoke out against this mindset were trolled and bullied endlessly. 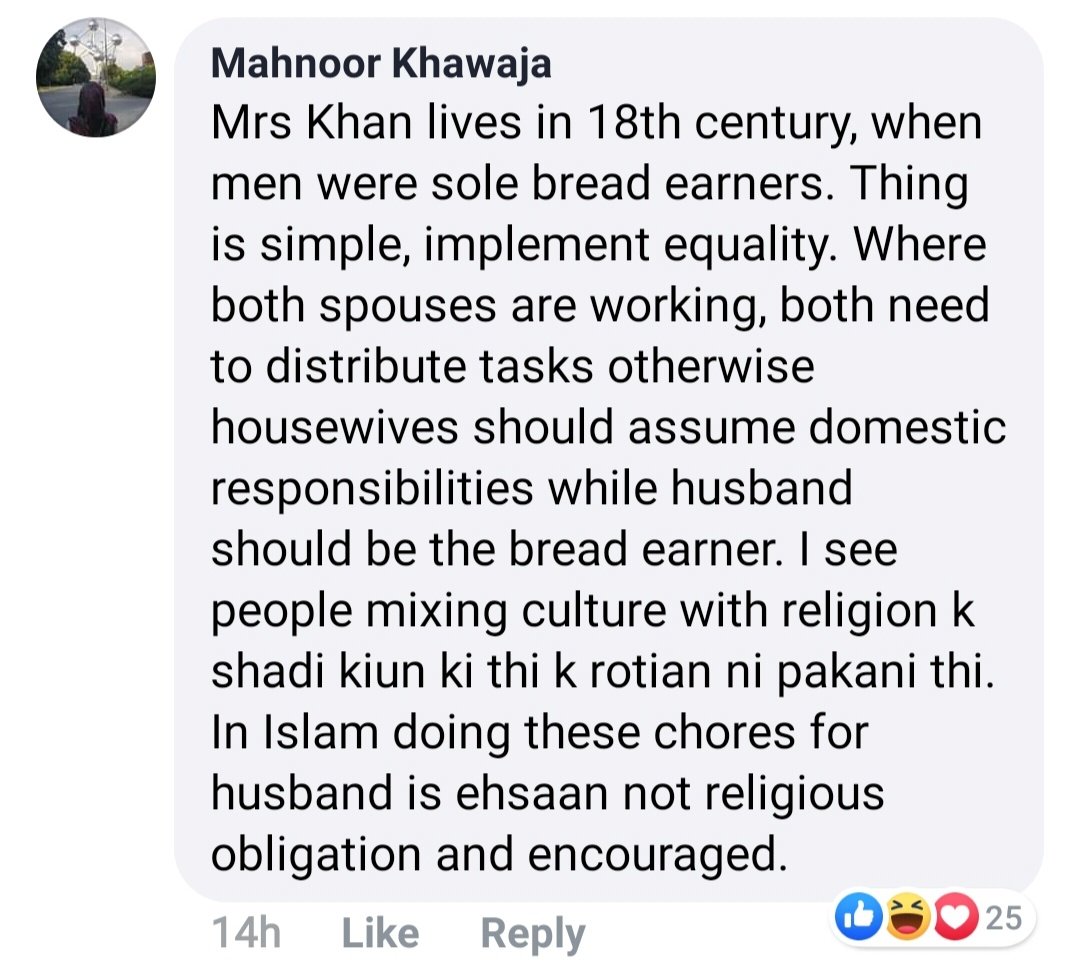 #PEMRA how was Mrs. Khan #Rishtaaunty allowed to make the comments on women that she made on #Channel92 ? @fawadchaudhry @ImranKhanPTI 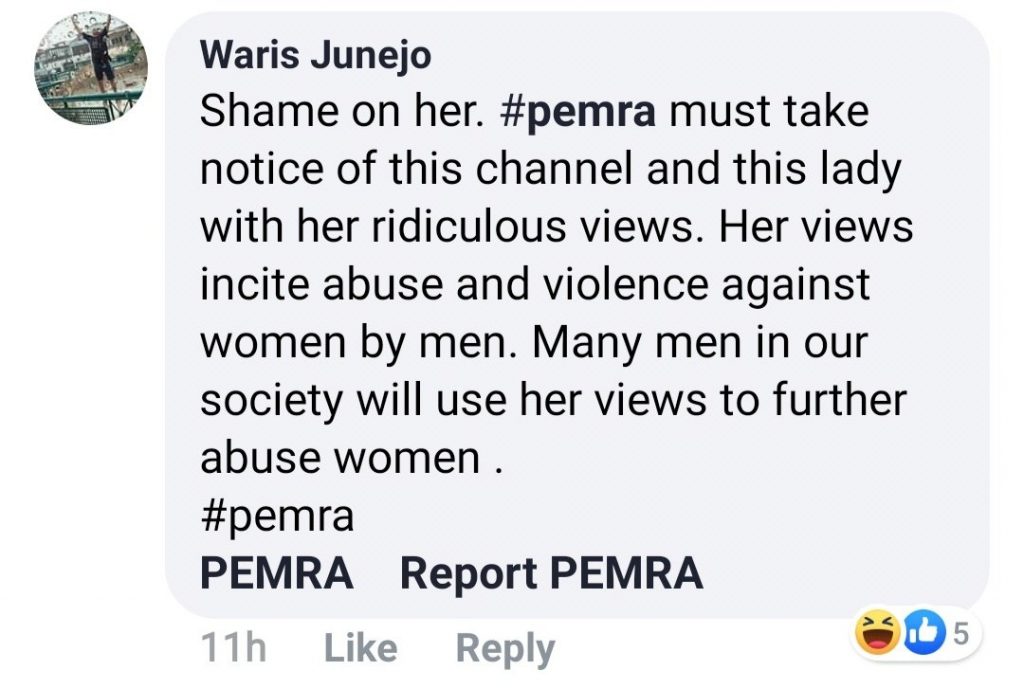 Some bought up solid examples from Quran and Sunnah to prove how toxic this mentality was: 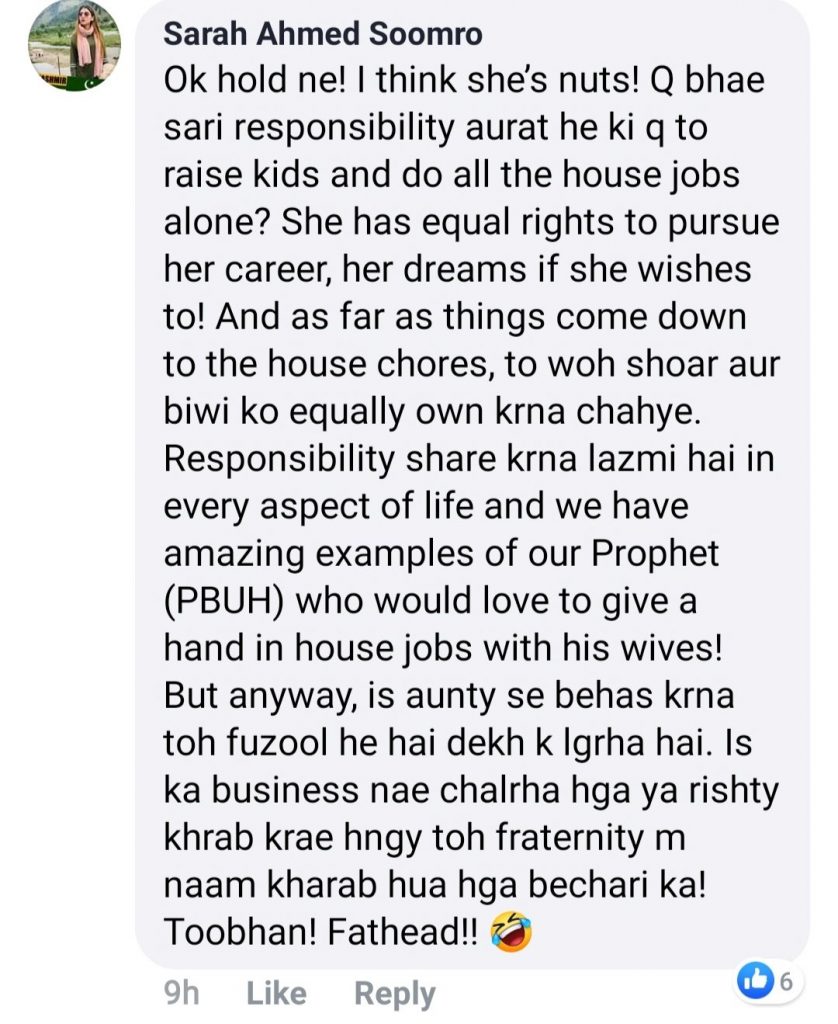 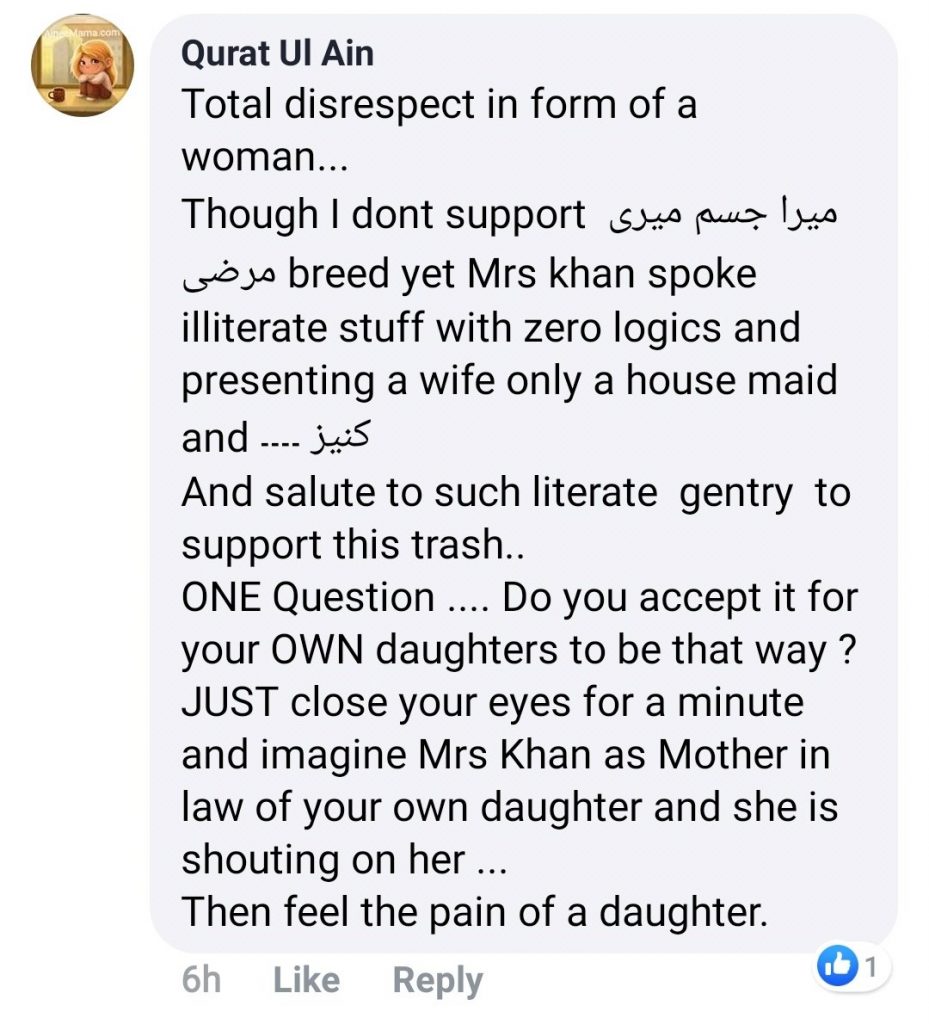 Many pointed out how people like her were the reason why Pakistan is a terrible place for women: 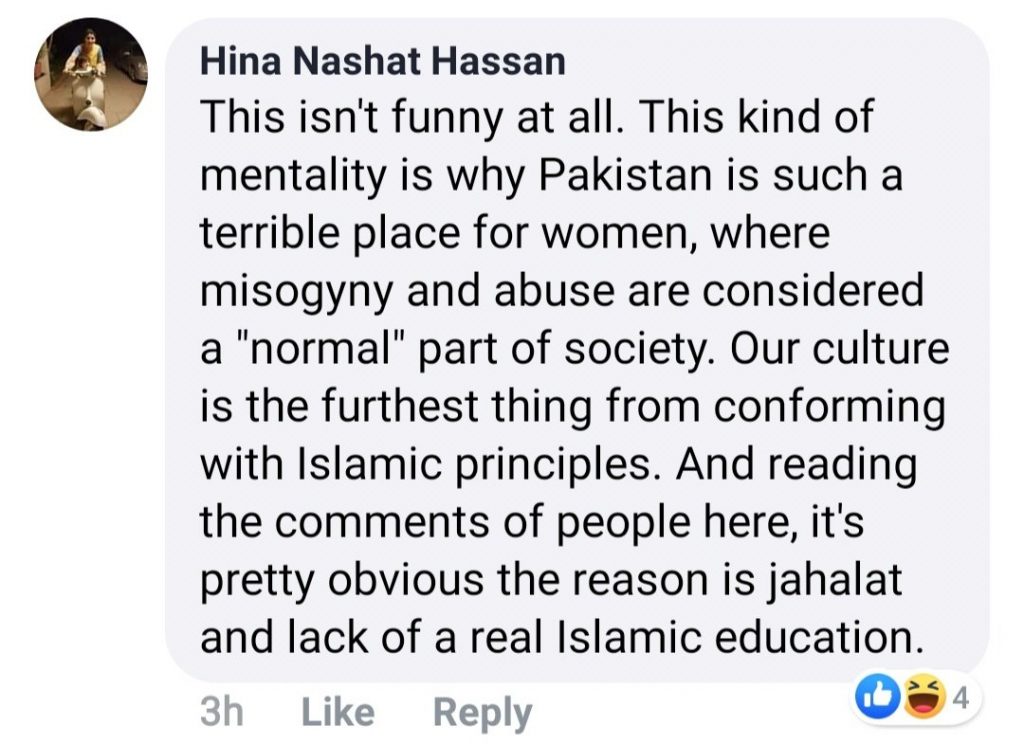 People thought she provoked women for no apparent reason:

me after watching, MRS Khan's statement on feminists.

she just poked em for nothing.

In our religion, women are not obligated to take care of Man's parents and siblings, she is only responsible for him and his children, its Man's responsiblity to look after his parents.

Some felt sad for women who were taught to submit: 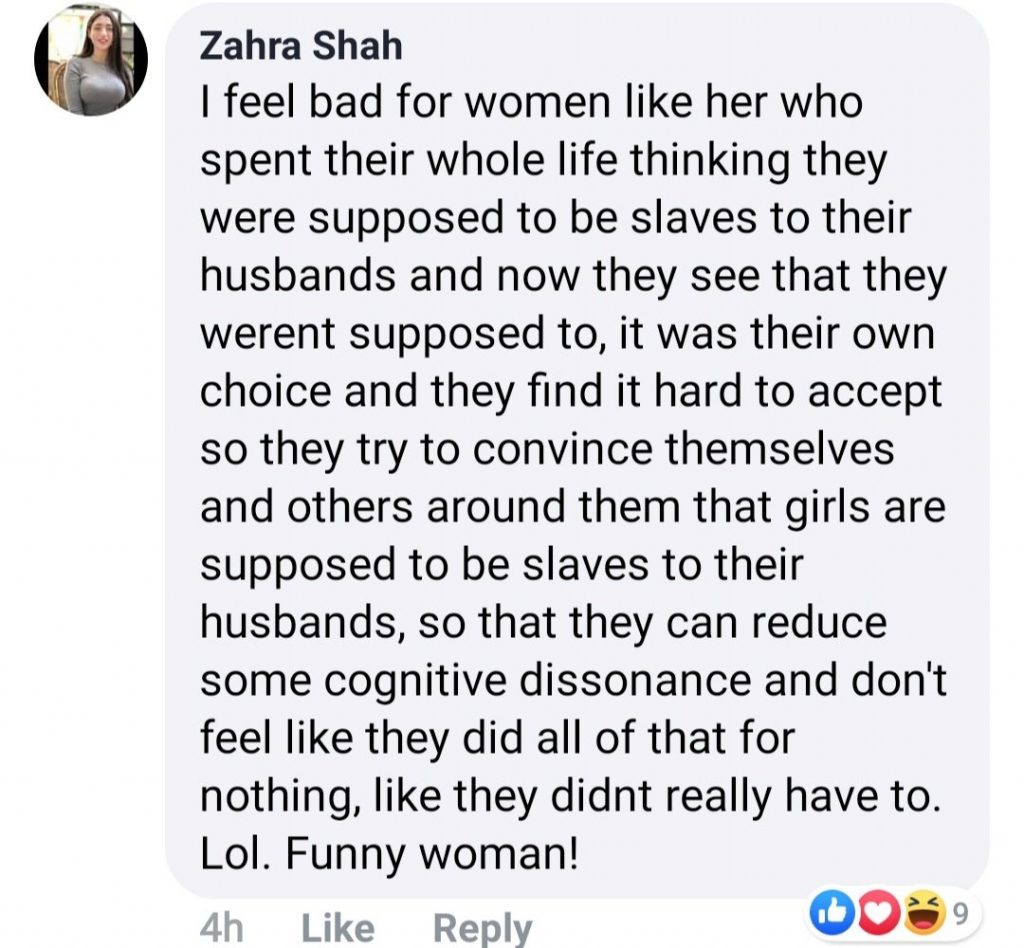 Some pointed out the irony: 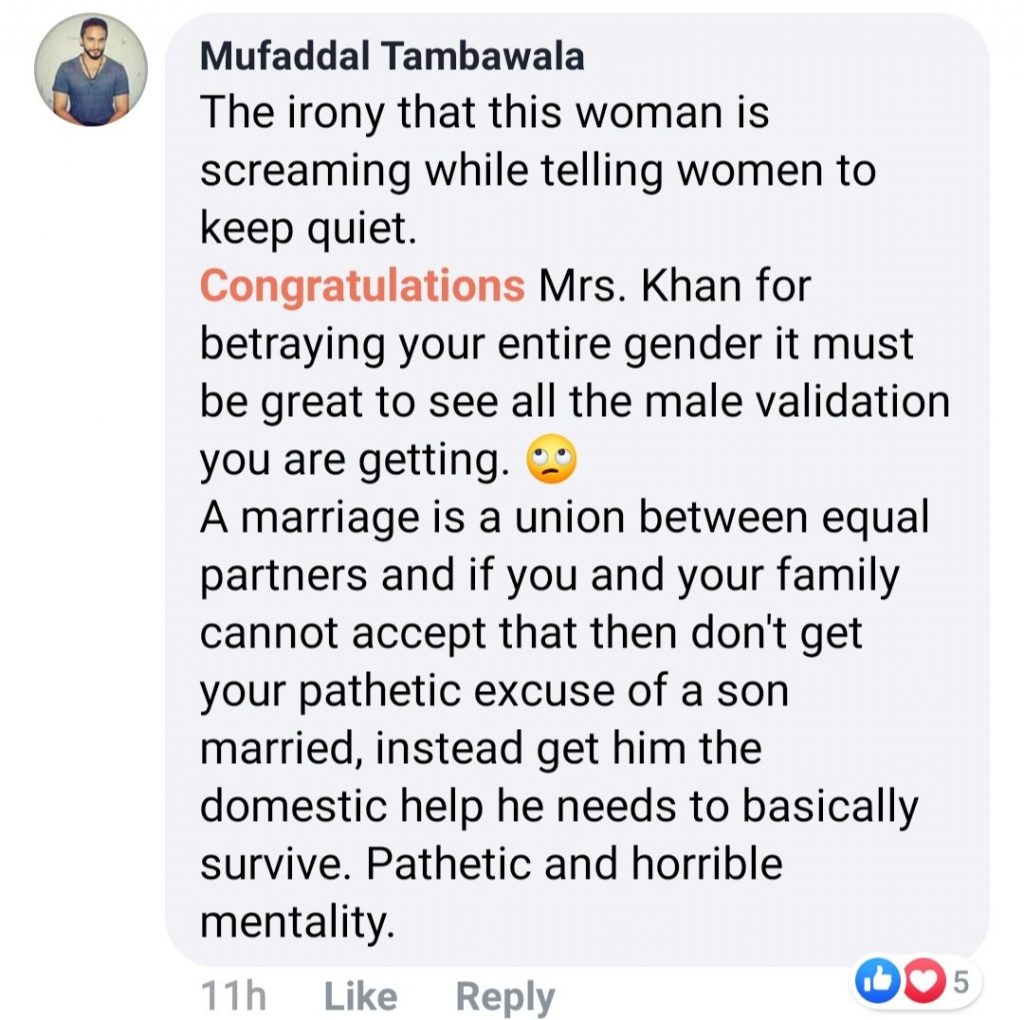 Some were reminded of their convent days:

Mrs. Khan lecture’s tone and content bringing up way too many traumatic memories from my convent days 😳.

Many were sharing how this mindset needs to go away:

Many questioned how all of a sudden the societal norms weighed more than Islamic rulings: 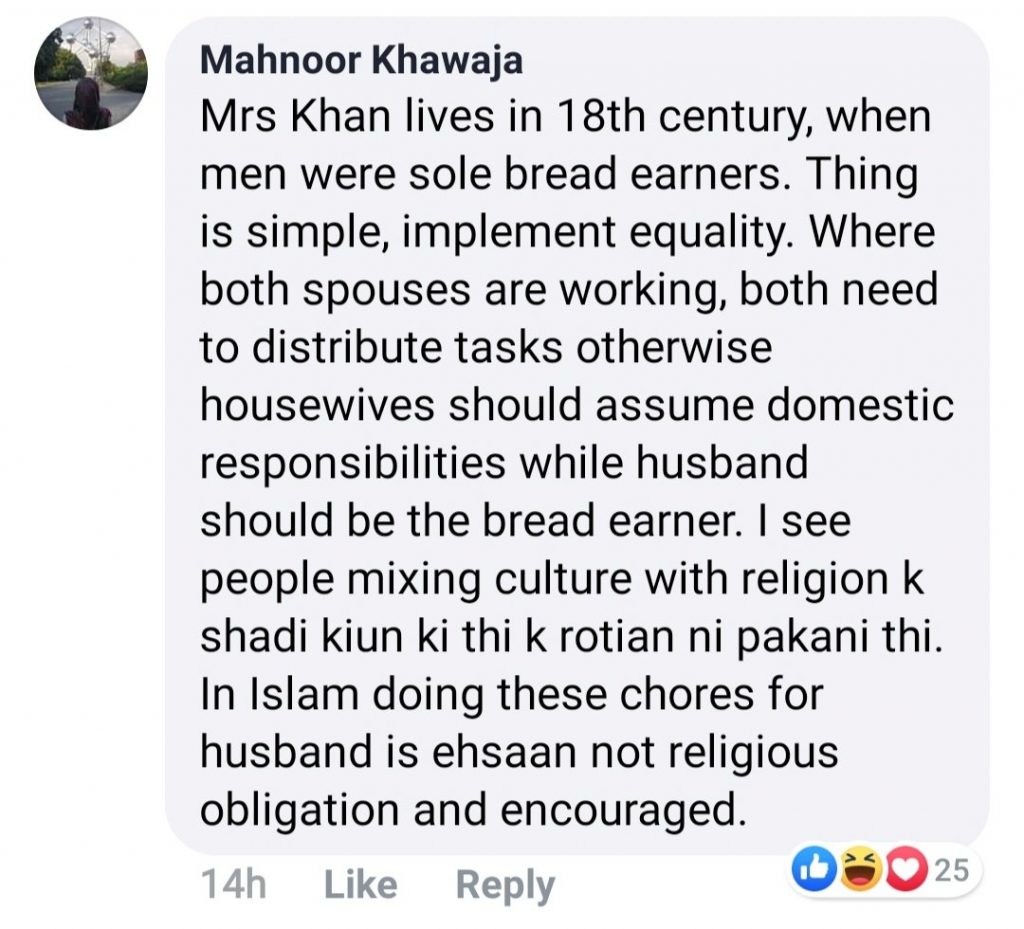 Many thought she was clearly misinformed: 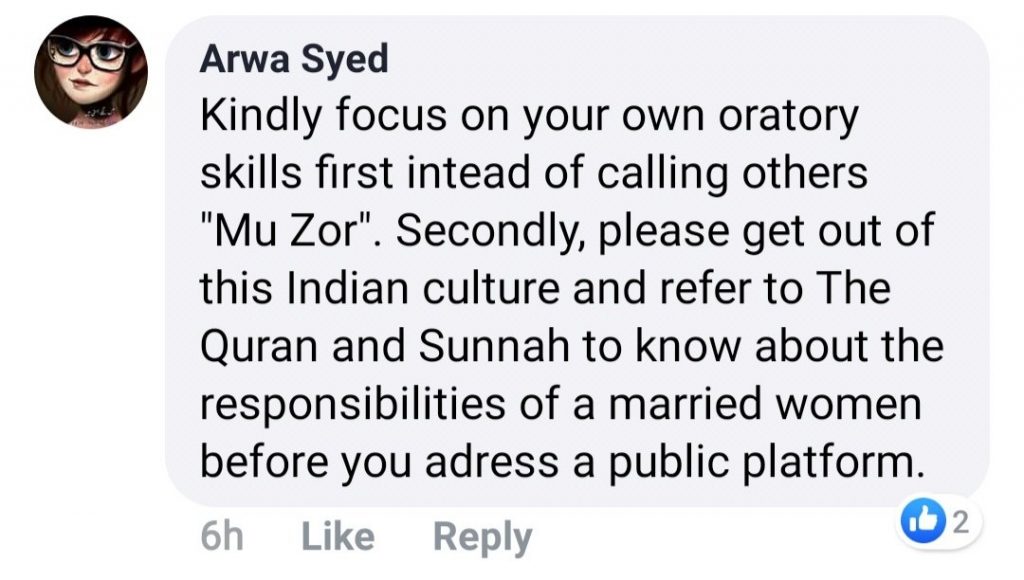 Some thought she had gone through the same and wanted the same for others: 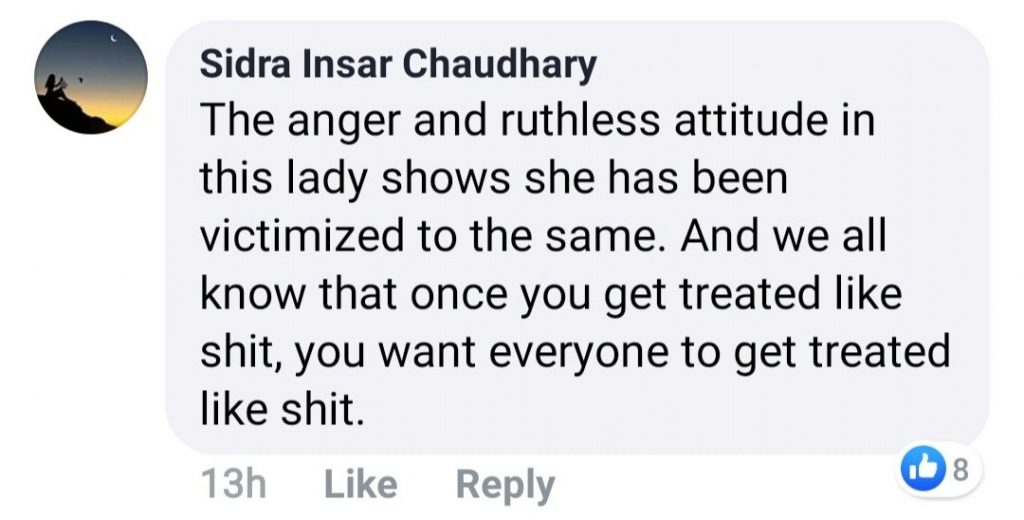 Many called out on her hypocrisy for keeping maids and lecturing others to be maids:

People were calling her out:

Imagine this woman which goes by the name of Mrs. Khan. This self loathing woman wants women to keep quiet on domestic abuse and tolerate and says only women are responsible for one's divorce. Shame on her. https://t.co/HTsbfEHN5u

Some shared their personal experience on marriage: 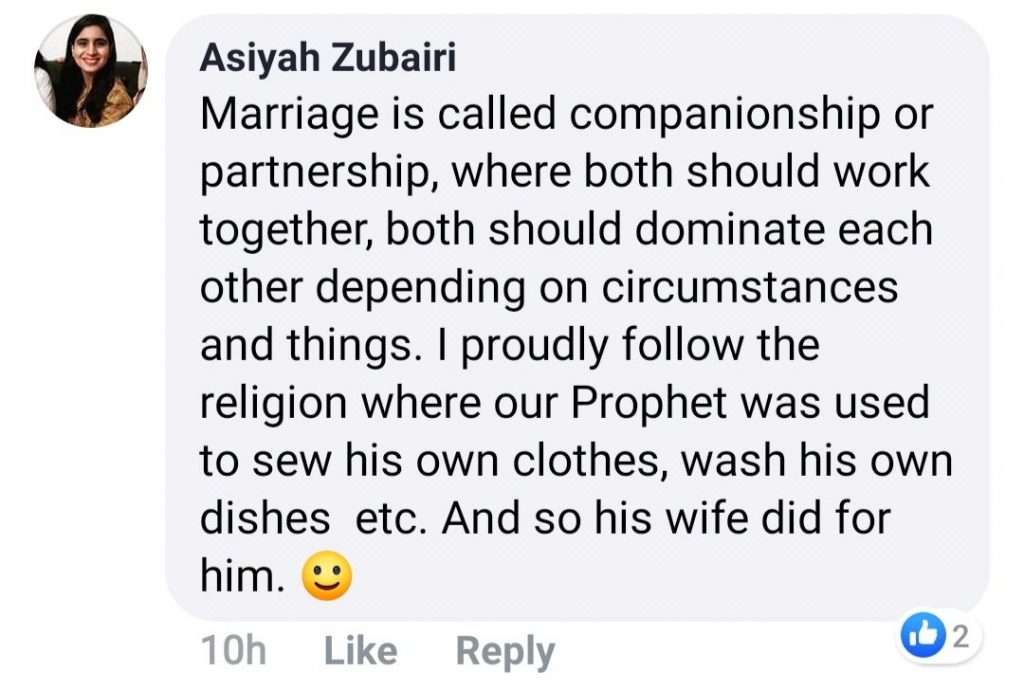 Some even exposed how this woman would go to any lengths to get the rishta done:

This girl however, nailed it with her video response!

And while most of the women were disagreeing with her, majority of the men were supporting her: 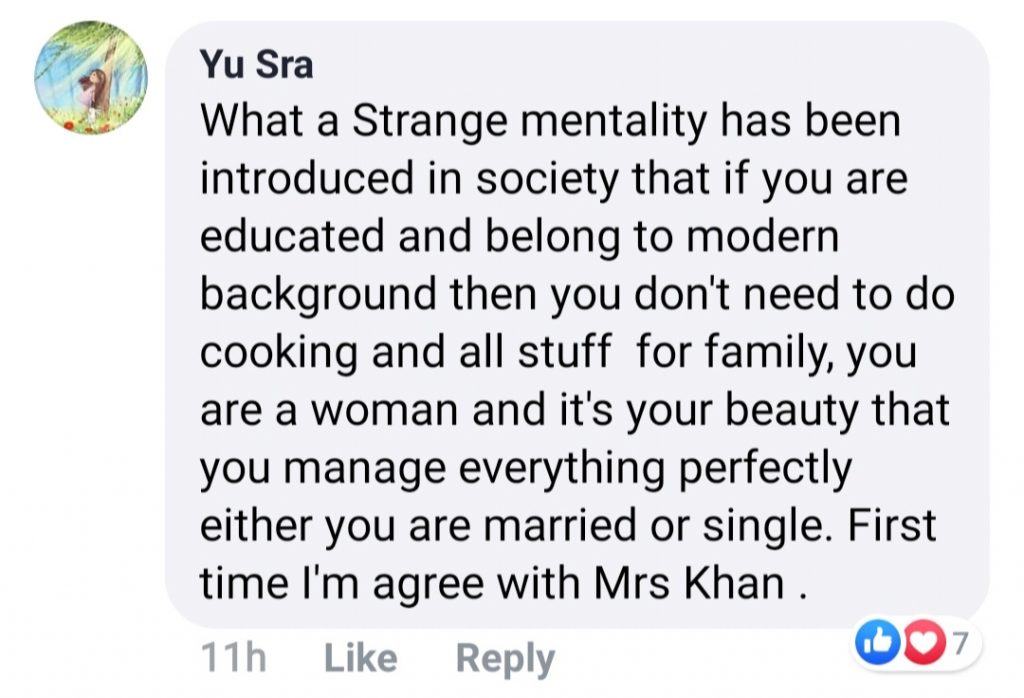 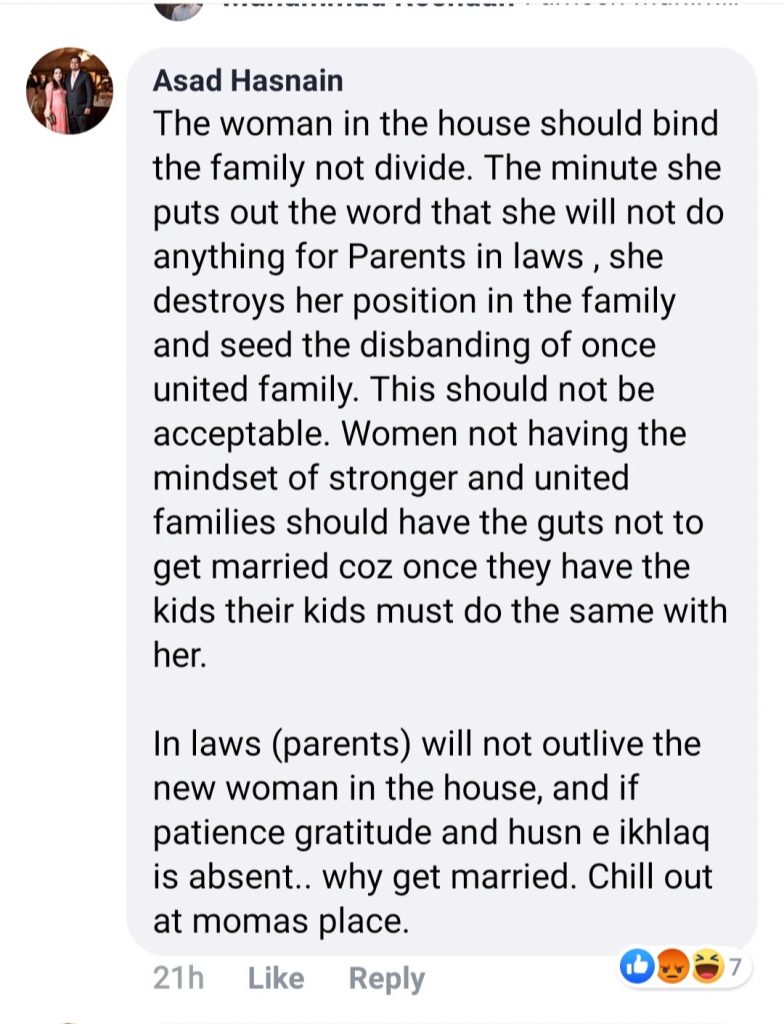 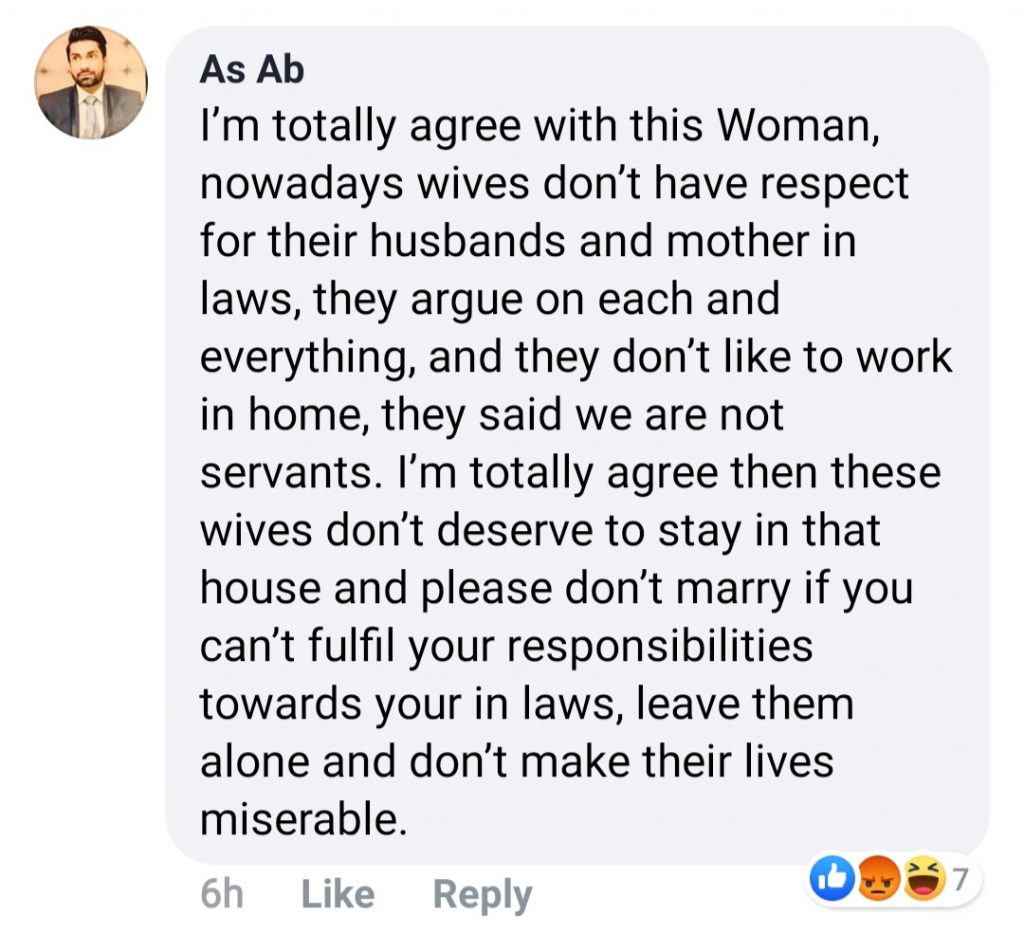 What do you think about Mrs. Khan and her views on marriage? Let us know in the comments below!

Clash of the Titans: Which film made it big this Eid?