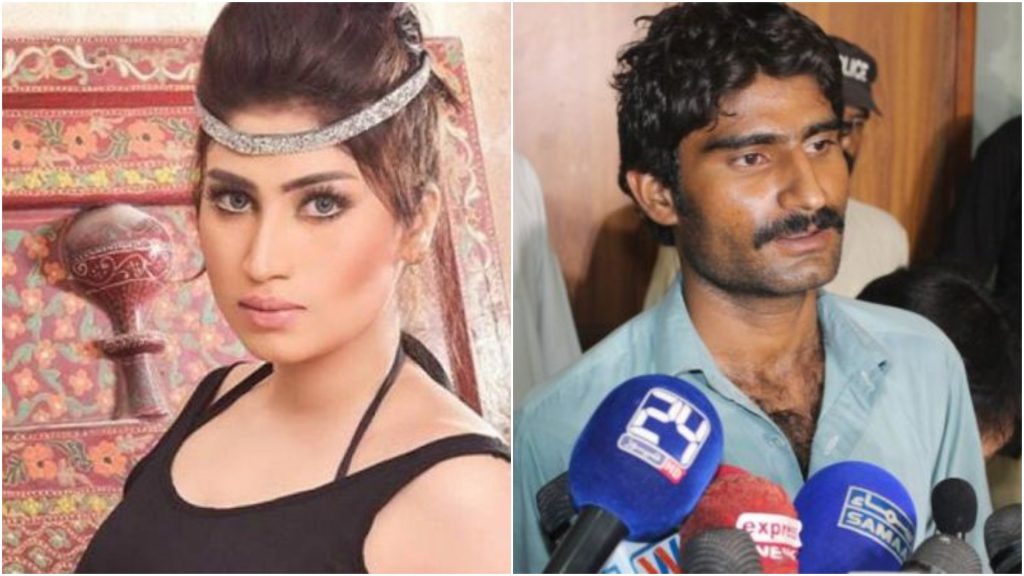 3 years after Qandeel Baloch was ruthlessly killed by her own brother in the name of honor, the parents made a heart breaking revelation of forgiving their son by presenting a signed affidavit in court pardoning their son.

Brothers kill young actress #QandeelBaloch. Father pardons both sons "My daughter, my wish". Why are #Women so disposable? pic.twitter.com/nBQMyDoPbj

However, the Multan court has rejected their plea and the case continues. The internet too was shocked at the plea initially but is now proud of the decision of the court to reject the plea:

People were lauding the court for taking a step in the right direction:

Finally, a step in the right direction by the Supreme Court. Maybe confront the bull by its ugly horns and address practices like honor killings and Karo Kari once and for all. #QandeelBaloch

People are calling it a bright day today!

A bright day for Pakistan. The court rejected plea of #QandeelBaloch’s parents to forgive her brother and her murderer, who killed #QandeelBaloch in name of “honour”.

People urged that the criminals should be tried and punished:

Court just set an example saying no to this pardoning shit. Criminal should be tried and punished. #noHonorinKilling #QandeelBaloch https://t.co/ErQaDIQe98

Agreed, there is no honor in killing:

Good news indeed. There is no honor in killing. State must stand by the victim even if society doesn't. #QandeelBaloch https://t.co/5dLk2ap3w2

People are now sure that justice will prevail:

The court has rejected the request of Qandeel Baloch's parents to pardon their son and other culprits. The justice will be prevailed and the culprits will be hanged soon. Karma is a bitch xx. #QandeelBaloch

People were happy with the court’s decision:

That is excellent!! Thank goodness! Punish her murderers with whatever they deserve! #QandeelBaloch https://t.co/hdJm97qXXR

People shared how justice was still not served after 3 years:

3 years later and #QandeelBaloch never got justice. How sad and disgusting is that. The system is so fucked. I really have no words.

Many shared how they knew pardoning was inevitable:

Qandeel's parents are also the parents of her murderers. It eventually had to happen. What we need is a reform in this law. #qandeelbaloch

People shared how she still resonated with the society and how nothing has changed even after 3 years:

Even after 3years #QandeelBaloch still resonates on our society!
From bashing to so called #honourkilling,her image will remain a test for many strata! #Rip #Honor

Even people who didn’t support her doings were empathetic towards her:

I dont know what to say on this news, but for me this is not justice. I dont support qandeel balouch’s previous acts, but i feel sad for her(emphatic). Our society sets different standards for men and women, and sadly we are the society. #nohonorkilling #QandeelBaloch pic.twitter.com/t5CyOLpBRr

People were sad about the parents forgiving their son:

Now parents will forgive their daughters killers? Where is the humanity in all of this? Was Qandeel Baloch not a human? Was she just another case that will disappear soon?
.
.
.
.#qandeelbaloch #qandeelbalochmurder… https://t.co/AOLFEjcdKB

Some shared how it must be extremely conflicting for the parents to decide:

Must be a conflicting position for her parents to be in. Forgiveness and grief are so much more complicated than love. However, legal loopholes allow practices like honour killing to prevail in society, which should be condemned. This news is heartbreaking. #QandeelBaloch pic.twitter.com/BW7FkkAnGu

Some went completely out of context:

What do you think about the court rejecting Qandeel’s father’s plea? Let us know in the comments below!

5 Pakistani Menswear Brands Who We Swear By!