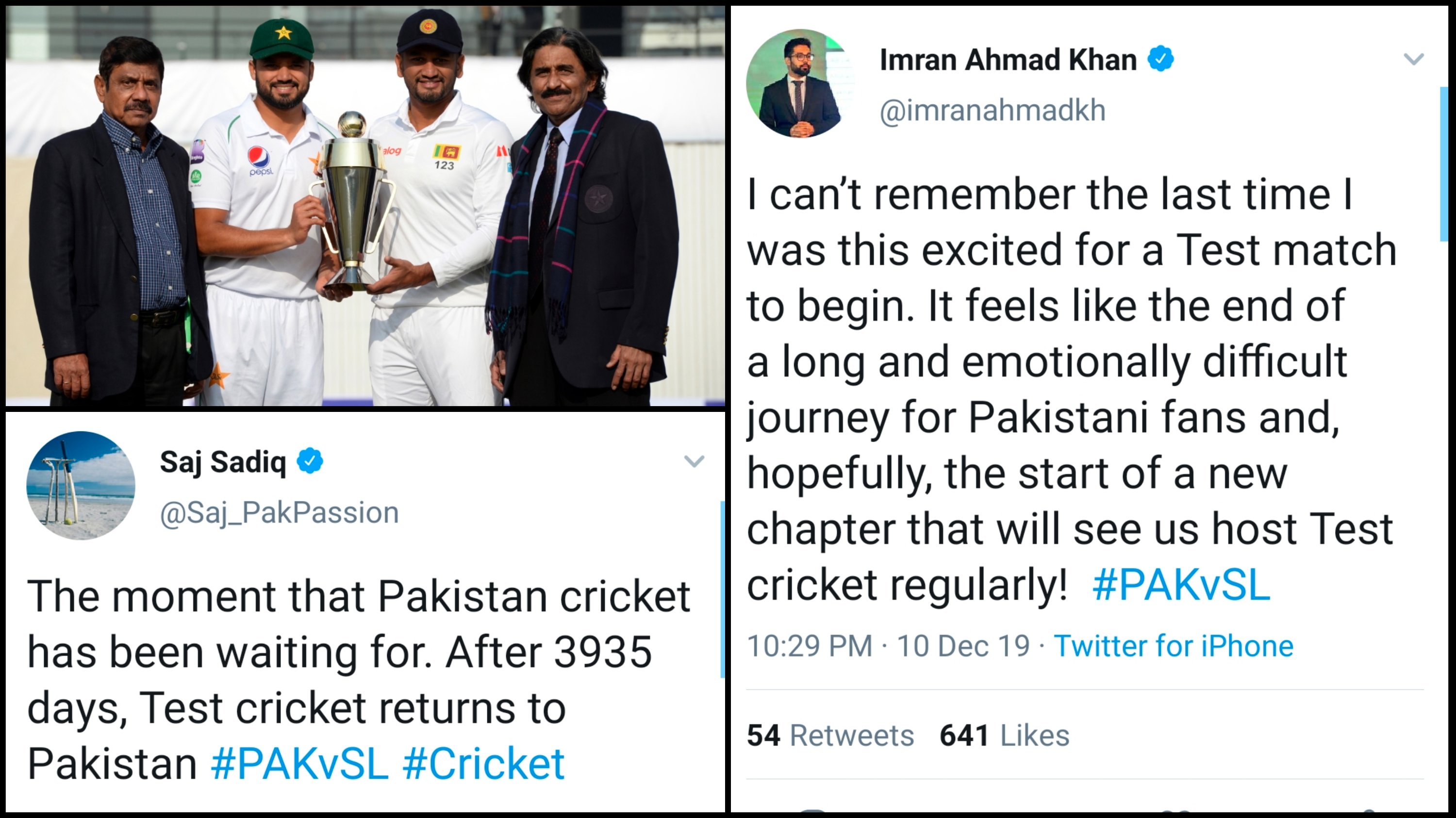 SriLanka’s return to Pakistan with a near full squad, 10 years after an attack on their team bus, carries significance beyond the results of the two-Test series being held in Rawalpindi.

And as the series begins today, people are already celebrating!

I welcome Test Cricket back to Pakistan. Specially, to my city Rawalpindi.
When your players play at home, they become heroes, this is what inspires a young generation to take up a sport and idolize greatness.#PAKvSL #Rawalpindi

When I visited Pakistan in 2017 I thought Test cricket was at least five years away. But due to the brilliant efforts of the PCB and the Pakistani government, today Test cricket has come home.

Credit also to Sri Lanka for being the ones to prove that Pakistan is safe.

The only ‘now and then’ transformation we need to see!

start of the end of the
decade decade#PAKvsSL#CricketComesHome
Thanks #Srilanka
Fawad Alam
Abid Ali#Pakistan #Cricket pic.twitter.com/qwWe9EFC8e

It was a dream coming true for some:

A Warm Welcoem Back To Our Dear SL Tigers ❤ @OfficialSLC 🇱🇰🏏 . Test Cricket Back To Home 🇵🇰 #PAKvsSL #CricketComesHome pic.twitter.com/NhwgSVUVB9

It took us a lot of time, but we’re finally there:

Many shared how a lot has changed in the last 10 years:

The excitement was next level!

I can’t remember the last time I was this excited for a Test match to begin. It feels like the end of a long and emotionally difficult journey for Pakistani fans and, hopefully, the start of a new chapter that will see us host Test cricket regularly! #PAKvSL

People were excited to see if Pakistan wins:

SL Have Never Lost a Test Series In PAK Since 1991,Since then They Won 2 & 2 Series Were Drawn.

The moment that Pakistan cricket has been waiting for. After 3935 days, Test cricket returns to Pakistan #PAKvSL #Cricket pic.twitter.com/4x8RQc6dP4

As a cricket fan I'm too much excited to see cricket is back home at Pakistan. 10 years was a very very long period, Thank u team Sri Lanka, u people are the best ❤️#CricketComesHome #PAKvSL

It even had the interest of people who don’t like cricket in general:

Cricket matches do not fit in my daily to do list these days, even not the World Cup or high voltage encounters but, i kept this #PAKvsSL test in my mind. Watching stars playing at home soil is a sheer bliss & a great feeling. #Rawalpindi #CricketComesHome

Yes finally, i can't be more happy.
Alhumduliah the good days are back, Alhumduliah we left those shitty days behind.

YOU DESERVES THIS PAKISTAN. #CricketComesHome

People were also sharing how safe Pakistan used to be, and how it’s all going coming back soon!

Is there a connection 👀

Sri Lanka haven’t lost any of their last four Test series in Pakistan. Last time Pakistan beat them at home, their captain was Imran Khan who is now Prime Minister. #PakvSL

With SriLanka winning the toss and choosing to bat first, what team are you cheering for? Let us know in the comments below!