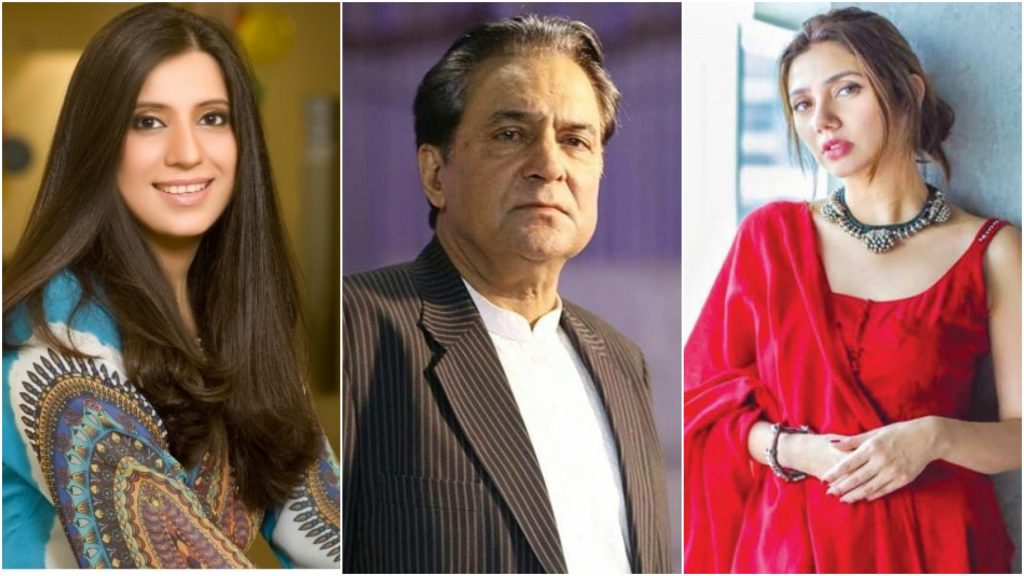 Veteran actor Firdous Jamal has been under a lot of heat ever since he spoke out about Mahira Khan on Faysal Qureshi’s talk show. The veteran actor found most of the industry standing against him after his clip went viral.

#DivaReports: While everyone else has just been sharing their opinions and thoughts on what veteran actor #FirdousJamal said about actress #MahiraKhan regarding her age and roles she should be doing, one of the leading producers #MominaDuraid of MD Productions takes action and decides not to work with the senior actor in any capacity. The production house has produced and created several series including #Hamsafar #ZindagiGulzarHai #ShehrEZaat #MannMayal #Udari #SunoChanda #RanjhaRanjhaKardi et al. Momina also admired the way Mahira handled the entire debacle, with grace and serenity, and expressed her love for the actress.

A post shared by DIVA Magazine Pakistan (@divamagazinepakistan) on Aug 1, 2019 at 2:19am PDT

And while a few were supporting this move by the Producer of #Superstar movie Momina, many were livid, and the hashtags #SupportFirdousJamal and #MominaDuraid were top trends on Twitter: 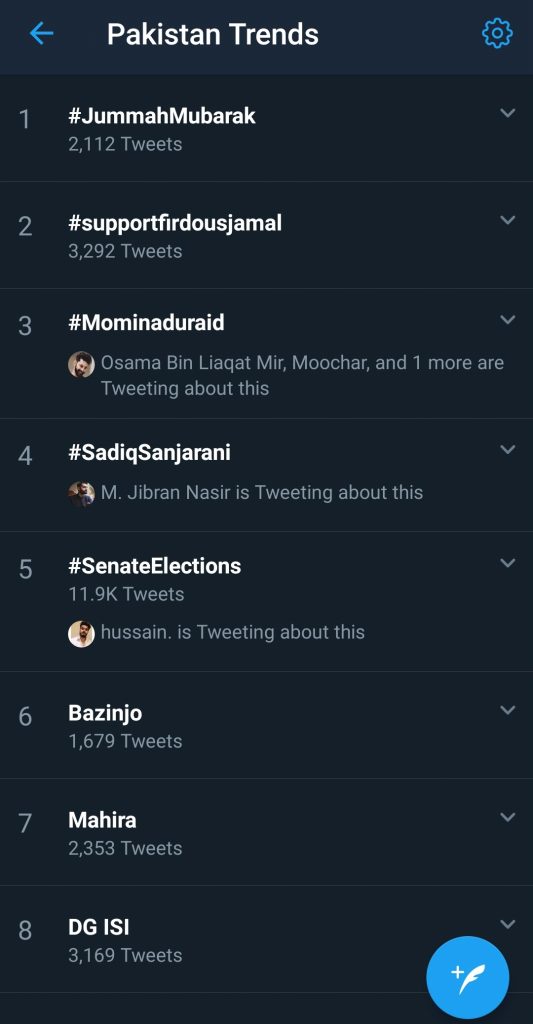 Feroze Khan too rushed out in Firdous Jamal’a support:

my question is this what freedom of speech gets you ?! Getting someone’s bread and butter cancelled ?? If it does … then I want every single bastard out there bashing any human being on the internet get cancelled the same way !! Coz you can’t ! 🙂
Enough is enough ! pic.twitter.com/kUz6GA7xpU

As Feroze shared his opinion, a lot of people agreed with him and came out to support Firdous Jamal:

I absolutely agree with you @ferozekhaan . Yes he was harsh with his words but then where is freedom of speech ? Banning a legend from #HumTv dramas is so wrong and unacceptable. Then other actors also should be called out,who talk bad abt others. #FirdousJamal #Mominaduraid https://t.co/HtftV3A1SN

People should boycott Hum Tv Production Fardus sab is a legend, Where is freedom of expression????
Is Mahira Khan some kind of divine Cow?????
Very disappointed

People were lauding Feroze Khan for calling Momina Duraid out:

This woman believes she owns the tv industry. Glad to see that someone has a spine on calling her out. Let’s see those “stars” who jumped the bandwagon to defend Mahira, if they come to support #FirdousJamal now.

Feroze Khan then moved on to say how everyone thinks of themselves as a God:

Fashion and lifestyle journalist, Maliha Rehman, also took to her Instagram to share her thoughts on the cancel culture:

Hear, hear #FerozeKhan! 👏 I have always loved and supported #MahiraKhan and believe that it was wrong for senior actor #FirdousJamal to put her down the way he did. I also have deep respect for the way Mahira stood by her stance. But it’s just wrong for producer #MominaDuraid to dismiss all the many years that Firdousi Jamal has given to the industry by declaring that #MDProductions – one of the major heavyweights in Pakistan’s TV & Film industry and by the way, I love their productions – will no longer be working with him. Don’t answer disrespect with more disrespect and take the higher road. And kudos to the very young but very perceptive Feroze Khan who doesn’t refrain from calling out what he feels is wrong! (@momina.duraid’s quote via @divamagazinepakistan )

Writer Sadiq Saleem also shared how he felt about the whole fiasco:

I am not sure if #MominaDuraid 's reaction and stance on the #MahiraKhan and #FirdausJamal controversy is appropriate….

Firdous Jamal’s son, Hamza Firdous, made a video asking for people to support his dad:

Posted by All Pakistan Drama Page on Thursday, August 1, 2019

And he was overwhelmed with the support that he was receiving for his father:

I thank you all ! This is not just a support for #firdousjamal , it is bigger it’s a symbol against “mafia” and so called “lobby system” which are actually the real culprits and should be banned not our #Legends.
Thank you Pakistani’s ! I love you all ❤️ #supportfirdousjamal pic.twitter.com/APxaJ3JWNY

The legendary Mishi Khan too came out in support of Firdous Jamal:

Actress Iffat Umar too shared her thoughts on how the channels themselves should be banned for exploiting the actors and actresses Arjumand Rahim and Angeline Malik agreed: 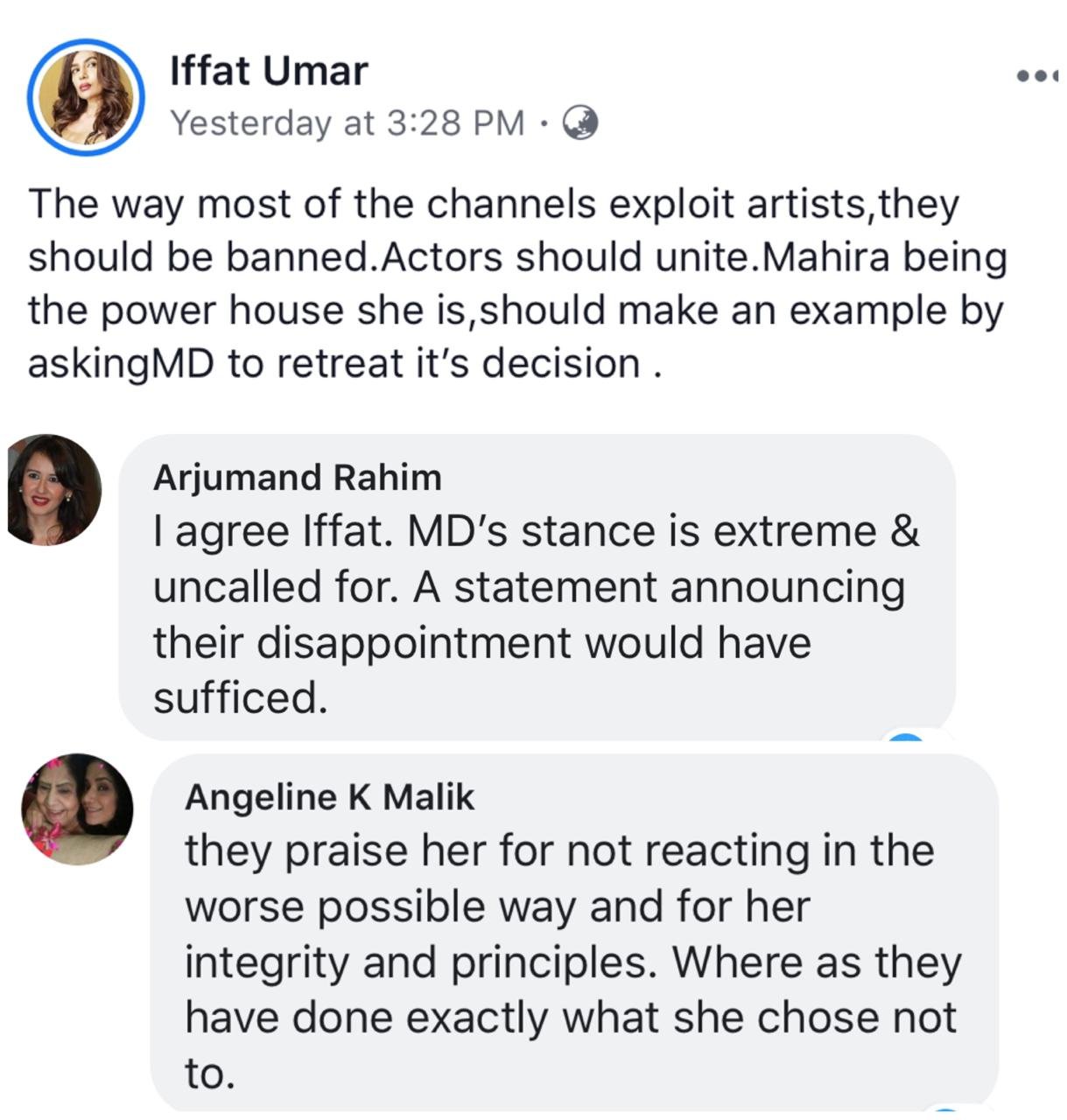 Faysal Quraishi too stood with Firdous Jamal saying that everyone makes mistakes:

People in general came out to support Firdous Jamal, agreeing that his choice of words may be wrong but depriving him of his bread and butter can never be justified:

man has given his life to this industry and has done so much to entertain us Pakistanis for so many years. And now people like Momina Duraid who will disrespect n degrade him by saying “we r ashamed of him in our fraternity” 💔#supportfirdousjamal pic.twitter.com/ZD3grT9miy

If Mahira is Momina's favourite,doesn't mean everyone is bound to like her.Firdous Jamal is absolutely correct that she is not a good actress.#supportfirdousjamal

People were lashing out at Momina Duraid:

Momina Duraid Sahiba of Hum TV network, you should be ashamed of insulting a senior actor like Firdous Jamal sahb. He is an institution of arts who can work with other media houses but you can never have another Firdous Jamal.#supportfirdousjamal #Mominaduraid

Some thought she was trying to ‘cash out’ the celebs:

What the pathetic stand by #mominaduraid stop cashing people for ur benefit. #supportfirdousjamal

And some had really good ideas on how to stop the silly controllers altogether:

Here's an idea. Don't host segments asking ppl's opinions on other ppl to begin with, especially if you're not prepared for what's going to come in return. Also, his opinion isn't affecting her business but your reaction is affecting his #supportfirdousjamal

What do you think about MD productions removing Firdous Jamal from all their projects? Is it justified? Let us know in the comments below!

Shaan Shahid is on a mission to revive film, art and sports in the Naya Pakistan

This Brand Makes Jewellery out of Children's Doodles and It's Oh So Adorable!