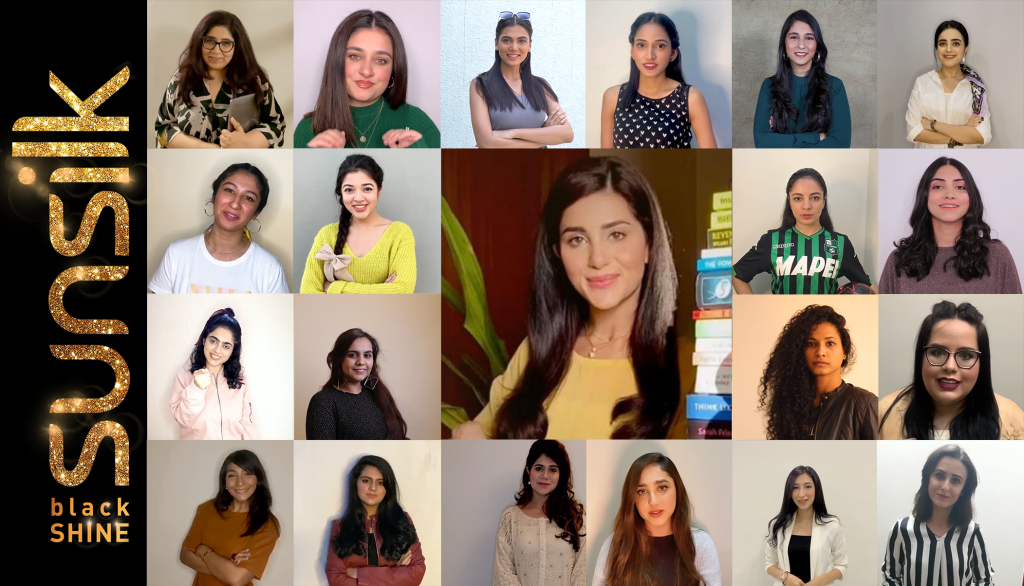 Sunsilk has outdone itself with its recent #ShaanSeShine campaign that focused on Women’s Empowerment and breaking all gender stereotypes present in society by giving girls all over Pakistan a reason to talk about their successes while highlighting the hindrances put ahead in front of them to battle.

The campaign included girls from different walks of life such as actors, athletes, mommies who blog, artists, doctors, entrepreneurs etc who began the campaign by posting a photograph in black and white not revealing their face. The striking pictures focusing on hair done in various styles were complemented with thought provoking captions that began with the phrase “unhoone kaha” and went onto explain what negative comments people make towards girls to discourage them from achieving their full potential. This content instantly caught everyone’s attention and built curiosity amongst the wider audience to know more about #ShaanSeShine.

The second phase was impactful as now the same girls revealed their faces by turning around slowly, meaningfully and repeating what people said to them to halt them in their tracks. They then continued with their stories of how they broke those barriers because now it was their time (ab meri baari). Both the phases included very well known faces, that we know of on screen and off screen such as Aiman Khan, Mansha Pasha, Sumbul Iqbal, Iqra Aziz, Sarwat Gilani, Palwasha Bashir, Zenith Irfan, Ushna Shah and many more.

The Shaan se Shine campaign encouraged girls to follow their dreams and achieve their ambitious goals despite the many stereotypes they hear from so many. It drove a very strong thought process and inspired many to share organic stories. Comments flooded in with similar girls sharing their pain and their subsequent triumphal journey of battling stigmas.

Campaigns like ‘ShaanSe Shine’ are important to remind girls of their strength and the importance of tapping into their individual talent and achieving their goals.

Pakistanis Share How They React To Different Situations & It's The Most Accurate Thing You'll See Today!

20 Things in 2020 That Rocked The Entertainment Industry