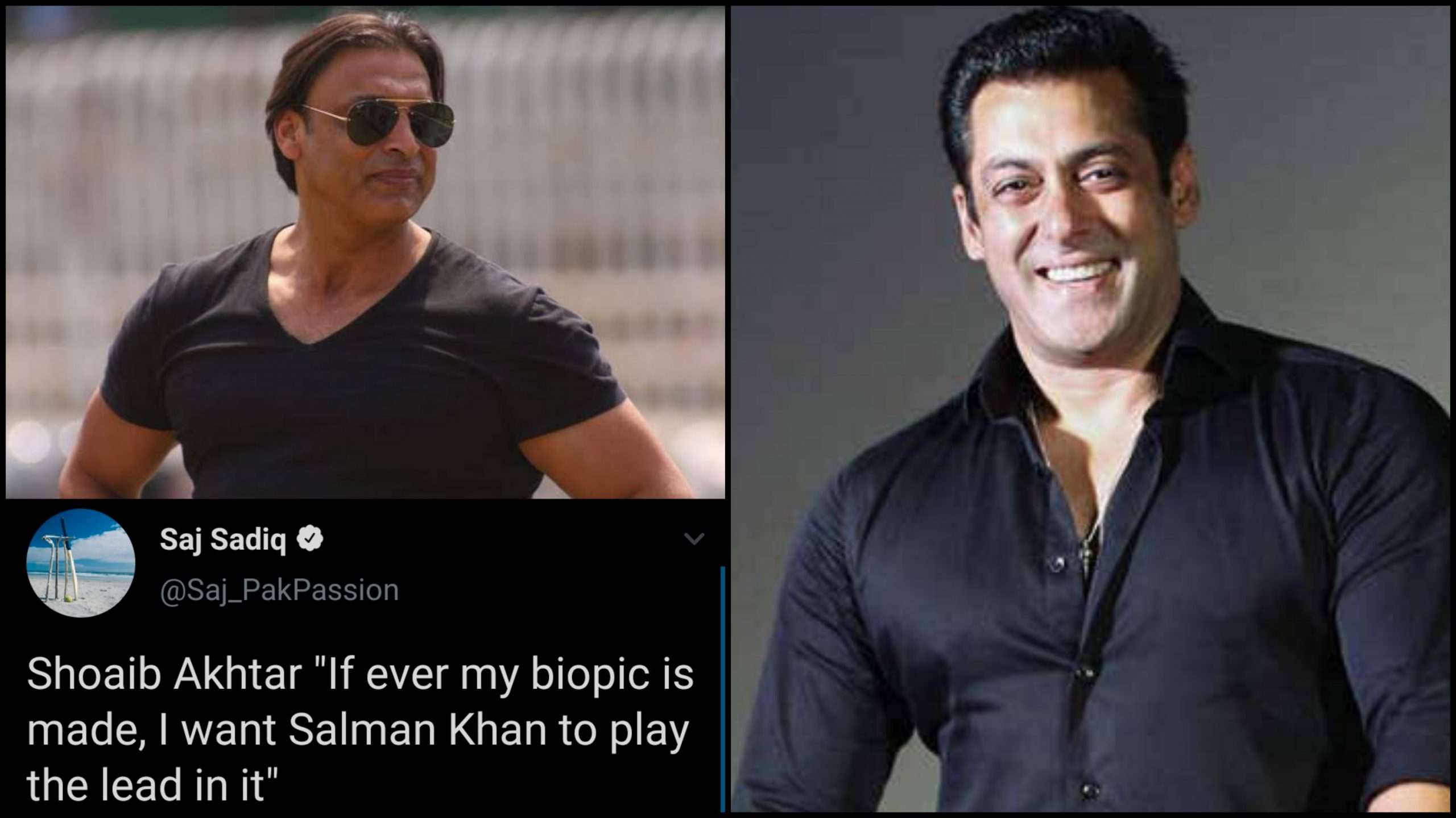 Rawalpindi Express Shoaib Akhtar, who ended his international career with 444 wickets, shared that if a biopic was ever to be made about him, he’d want Bollywood’s Salman Khan to play the lead role:

Shoaib Akhtar "If ever my biopic is made, I want Salman Khan to play the lead in it"

And as his statement made rounds on social media, people had a lot to say about it!

Perfect choice.
Akthar did so much overacting throughout his career.. no one can do better overacting than Salman 😂😂 https://t.co/HGabHDwcJF

Some thought he was being an embarrassment:

Some agreed how only Salman could actually pull of the extra-ness of Shoaib:

This is honestly accurate, he would totally fit the role and the Xtraness!!! https://t.co/mosCxKhp6l

I don’t think Shoaib understands how castings for a biopic work. https://t.co/DwWHEuhtYv

Some thought it was a fitting match:

Only a joker can play the role of a joker.

Salman Khan would be the perfect choice for this role. https://t.co/6D4bxPWszi

Some were of the opinion that he should have chosen someone from Pakistan:

Some were already pitching in the idea to Salman Khan:

What can we say? Shoaib has his own ways:

Some couldn’t help but throw shade at Salman Khan:

People were calling both of them pros at over acting:

Some thought it was a dumb choice:

Some were asking technical questions:

Just wondering, with his body built can Salman Khan even rotate his arm?

Some believed that Salman Khan is unfit for the role:

Salman Khan will be very unfit for the role. Can't run, jump and deliver like Shoaib.

Some had suggestions of their own:

What do you think about Shoaib Akhtar wanting Salman Khan to play the lead? Let us know in the comments below!

Meet The Skipping Sikh Who Is Bringing the World Closer One Skip at a Time!

LUMS Announces 41% Increase In The Semester Fee And People Have A Lot To Say!