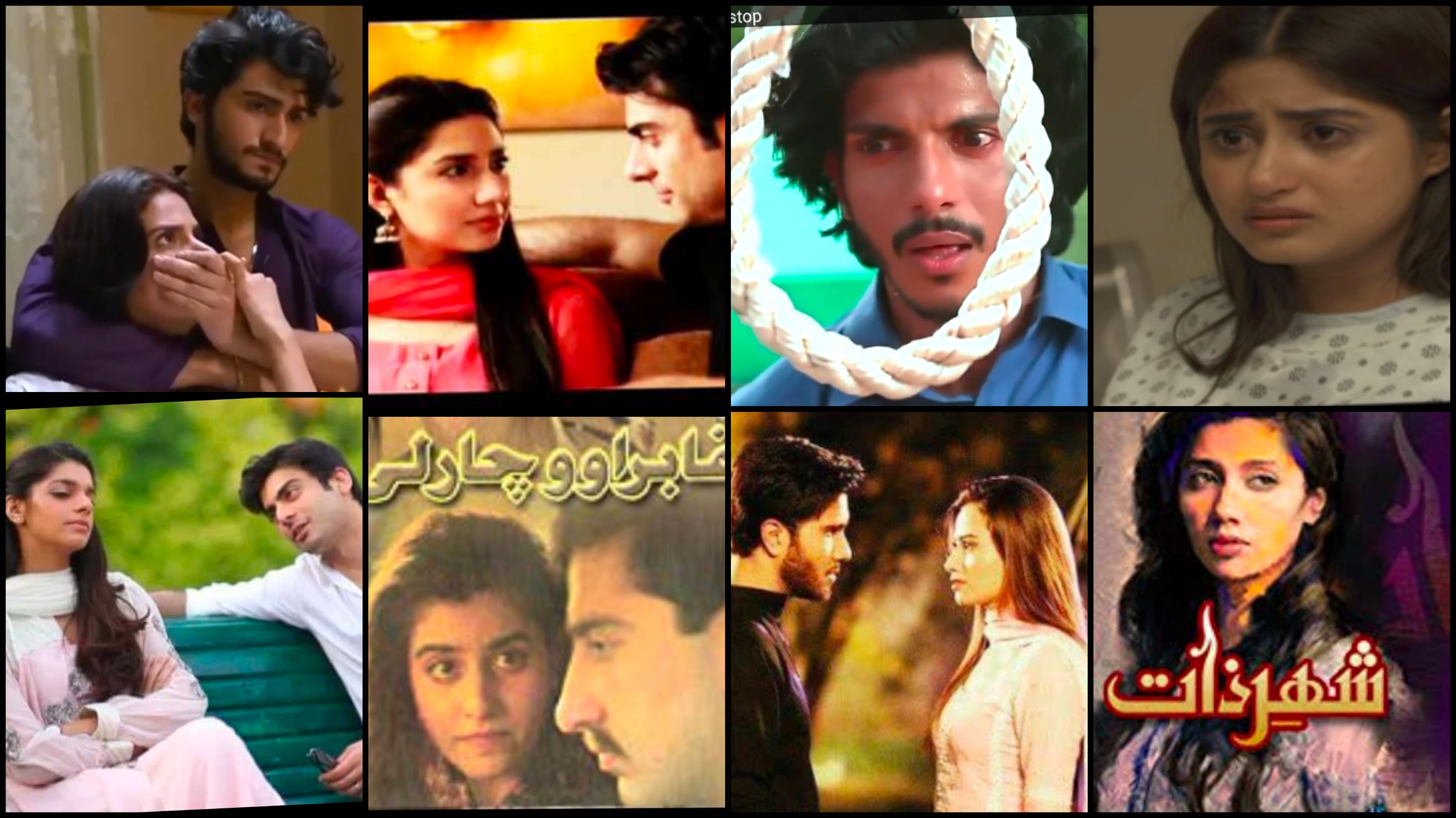 Our drama industry stands unmatched with any other industries and today we’re sharing with you some of the most iconic scenes that we’ve ever seen on TV!

If there’s one scene we’ll all associate with Mahira for the rest of our lives, it’ll be Khirad! The Khirad who loved rain.

A drama every woman needs to watch, and this scene is one of our absolute favourites which depicts the miseries that a woman has to put through in the society.

A scene that many of us can relate to when it comes to Allah’s mohabbat. There will never be a drama better than Shehr-e-Zaat

Baaghi – When Fauzia’s brother kills her

A scene that still gives us chills is the way Fauzia’s brother kills her with a flashback of everything she’s done for her.

The scene that had our hearts racing and will always play in our minds when we see Ahad and Sajal together!

A drama that had us conflicted throughout, some days we hated Mir Hadi and some days we can’t stop feeling helpless with him!

When Shehnaz keeps dialing the wrong number and Gulsher keeps picking it up is a scene that will stay with us for decades!

Kashaf barely showed affection to Zaroon, but when she did, it was magical!

No one will ever forget this epic scene, even the ones who haven’t seen this drama will always remember this scene!

Pakistani drama turns to mature What an end, appreciated the efforts of this drama's crew and cast. Brilliant performance by the actors who performed well and fight for the cause. Sajid Hasan #SajidHasan is mature artist he played the character of Abida (7 years old minor who has raped and murdered by her neighbour Dulha Uncle)'s father. 🎭 What a performance, it's too difficult to portray the negative role, specifically the character of Dabeer who's suffering from pedophilic disorder, who rape minor girls and murdered too.In Meri Guriya Mohsin played the character of Dabeer, he did phenomenal acting in this drama and proved himself as the best actor, his expressions were outstanding. Sonya played the character of Dabeer's wife Safeena, she knows how to carry her character, she performed elegantly her role in the drama and also give awareness to kids and their parents about child abuse. #SaniaSaeed is the finest artist of Pakistani drama industry , she knows well how to carry her role, what a way she acts, speechless. This drama is a movement and awareness cause against minor girls rape/ sexual harassment and our society's mindset. #MeriGuriya @arydigital.tv @sonyahussyn @ammara.chauhdry @mohsinabbashaider #BigBangEntertainment #pakistanidrama #childabuse #childabuseawareness #review #childsexualabuse #awarness #khastainment

A scene executed to perfection pike no other, this scene is bound to give you goosebumps!

Which scene do you remember? Let us know in the comments below!

Jet-Setter Fashion: PIA Uniforms Through the Years That Defined Style in the Sky!