Pakistan has been lucky in terms of its aviation history and heritage, and there’s no denying that. We’re one of the few nations of the world who could boast owning an airline like Pakistan International Airlines, which at one time in history remained a pearl of the industry and was known globally for its modernity.

A part of this mentioned popularity was also due to the many stylings of the uniforms the air hostesses and stewards of the airline wore, which became an obsession all around the globe.

Exploring such looks through the decades, Diva looks at the fashion that has defined PIA… 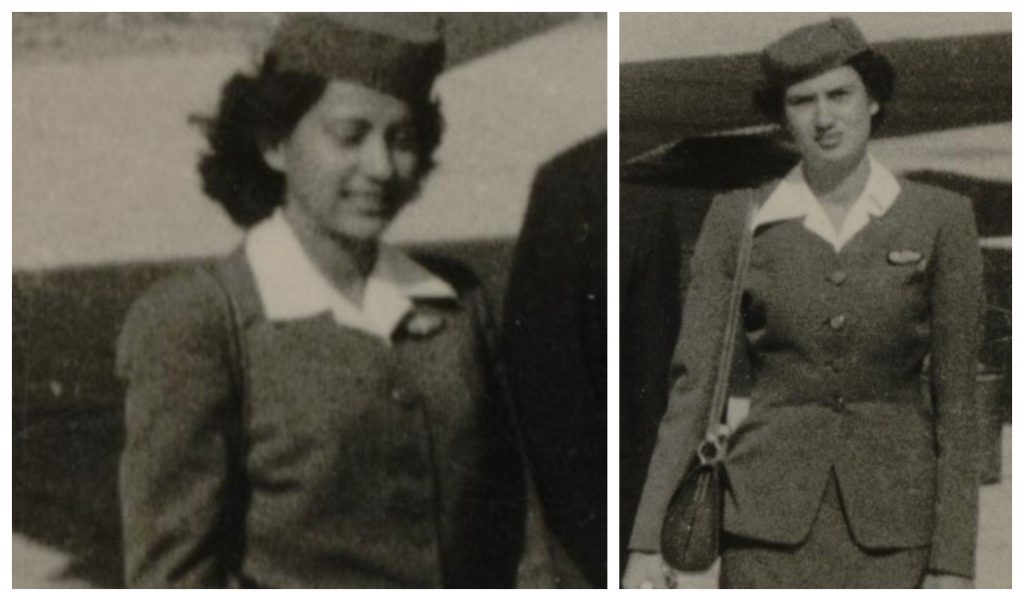 The first uniform comprised a skirt, jacket, blouse with a matching cap, and played with the aesthetics of that era of early-age aviation. It remained the design from 1954 to 1956. 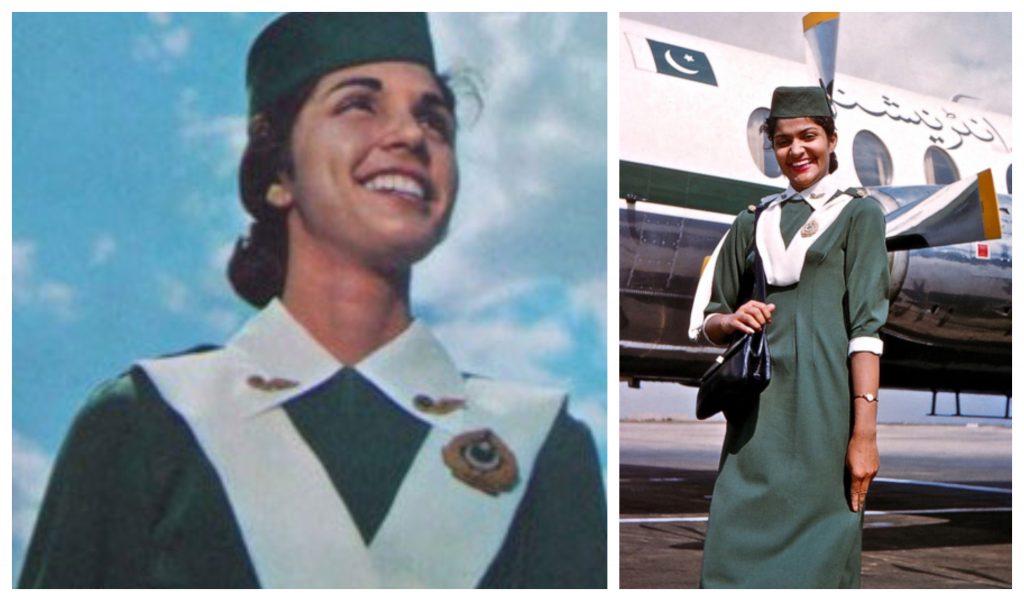 This uniform was jointly designed by well-known Pakistani dress designer Laila Shahzada and Chausie Fountainer, an American woman of French descent. In this design, a white shalwar and dupatta were set off by a green shirt with white cuffs and collar, while the shoes and bags were black. The most exciting item of this uniform was a jaunty green cap for the hostesses. 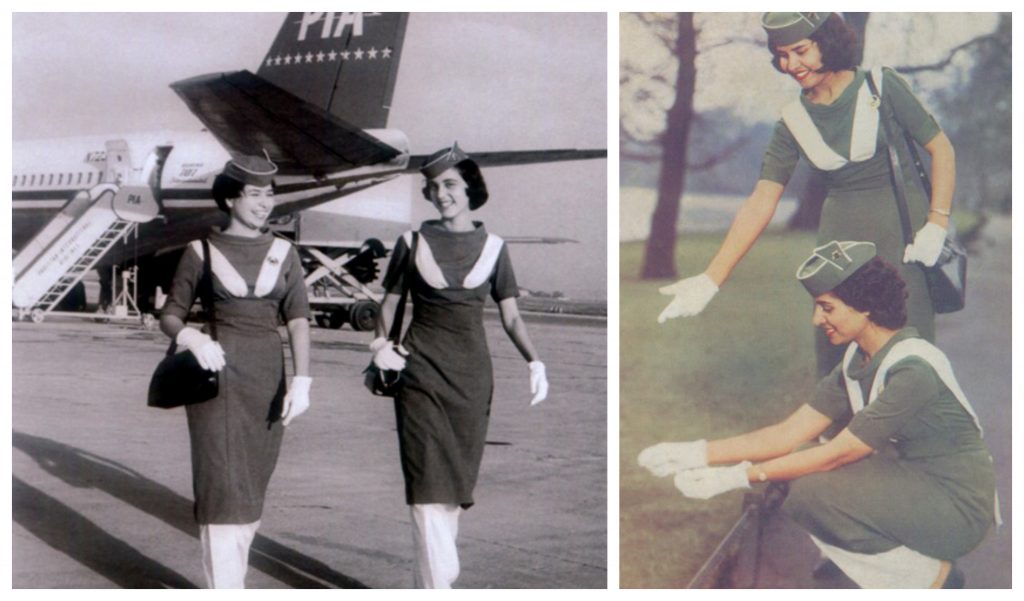 Pakistani dilettante Feroze Cowasji created this uniform design. He introduced this design by making minor changes in 1950s uniform designed by Laila Shahzada and Chausie Fountainer. The most apparent change in Cowasji’s design was a further abbreviation of already slim folded dupatta. 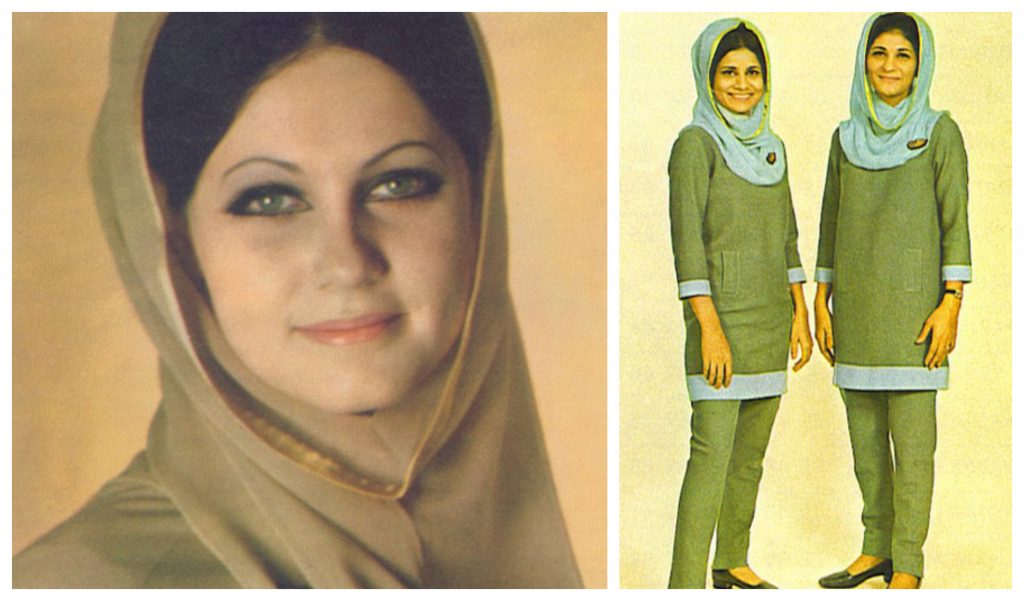 In 1966, Pierre Cardin, the renowned French fashion designer, came up with the legendary fawn colour uniform for summer and moss green uniform for winter. The outfit consisted of a short, comfortable fitting A-line tunic, slim-line trousers and imaginatively moulded dupatta that not only covered heads but also turned heads. The uniform became an instant hit, and the slim-line trousers immediately were dubbed as ‘PIA Pajamas’. 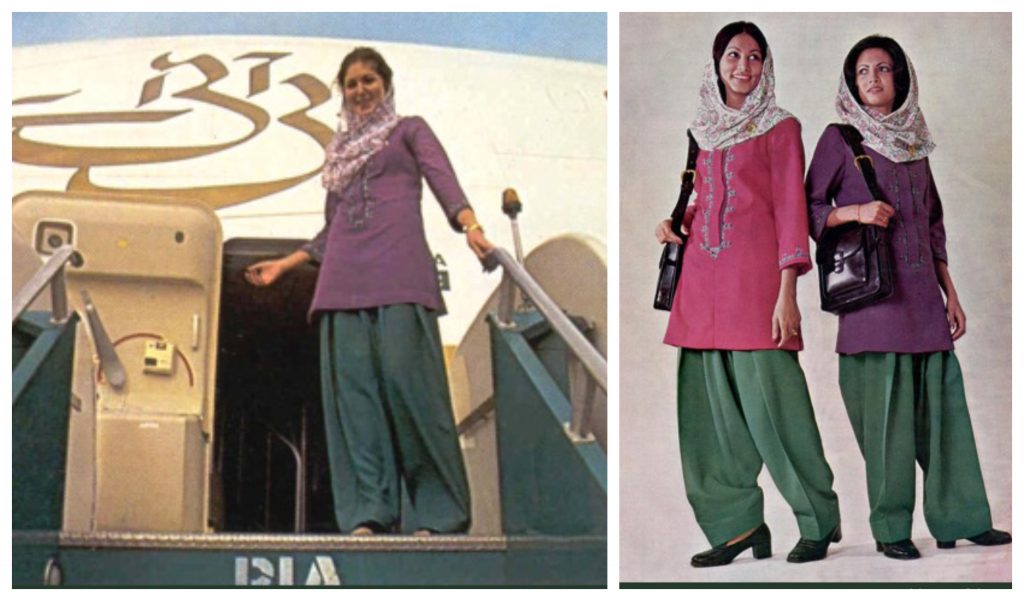 British dress designer Sir Hardy Amies, best known for being royal dressmaker to Her Majesty Queen Elizabeth II of United Kingdom, was responsible for the uniform that came in 1975. The purple and magenta kameezes had embroidered fronts, with green shalwars and pretty printed dupattas inspired by the folk wear of Pakistani village women. Teamed with black bags and smartly styled comfortable black leather sandals, these bright uniforms introduced a cheerful note on board PIA. 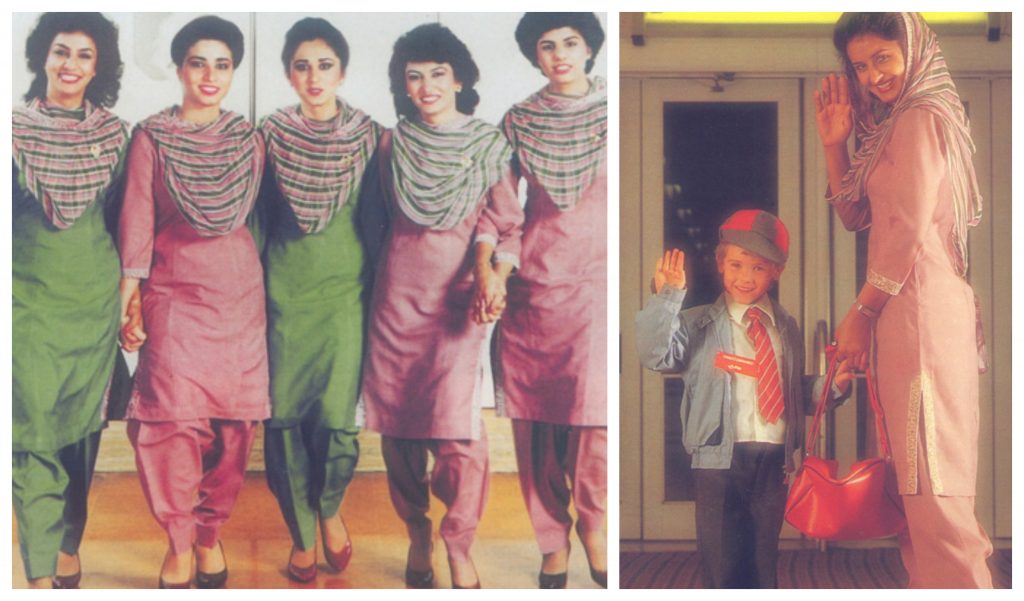 The uniform was created by a well-known Pakistani dress designer Nahid Azfar and was introduced by the airline in October 1986. The shalwar kameez outfit was in 4 colours. Moss green and old rose for summer and burgundy and PIA green for winter. The bags and shoes were in burgundy, and for the winter there was a burgundy coloured overcoat. 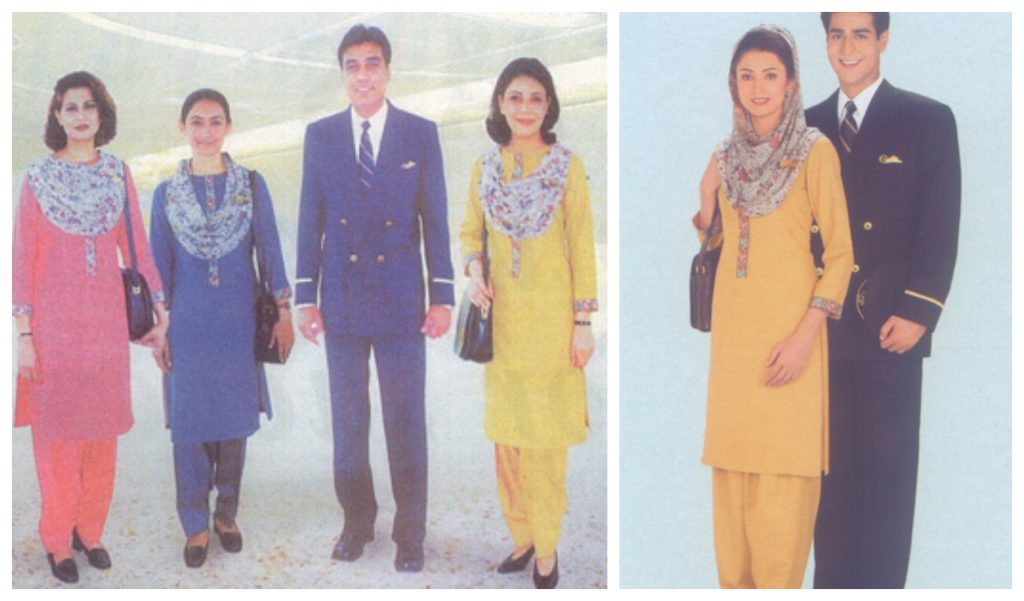 Riffat Yasmin was the designer of the new uniform in 2003. The shalwar kameez outfit for Air Hostesses was in three colours, mustard, sea green and rust, while the dupatta was printed with floral patterns. A braid with floral designs sewn on kameez front and sleeve edges. 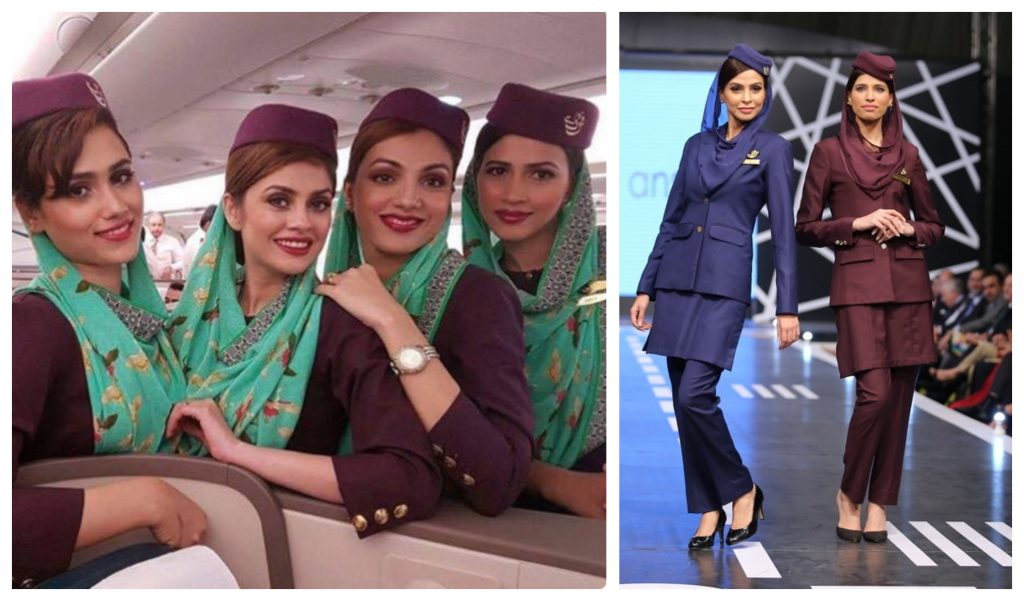 After much contemplation and display, the current uniform came about by mixing the ideas of Nomi Ansari and Sania Maskatiya. The maroon uniforms have a straight princess-cut and are paired with a tailored jacket that can be taken off. The print of the head-scarf is designed by Sania Maskatiya, taking inspiration from her ‘Uraan’ collection.

Which PIA uniform is your favourite? Tell us in the comment section below.

Scenes from our favourite dramas that we'll never forget!