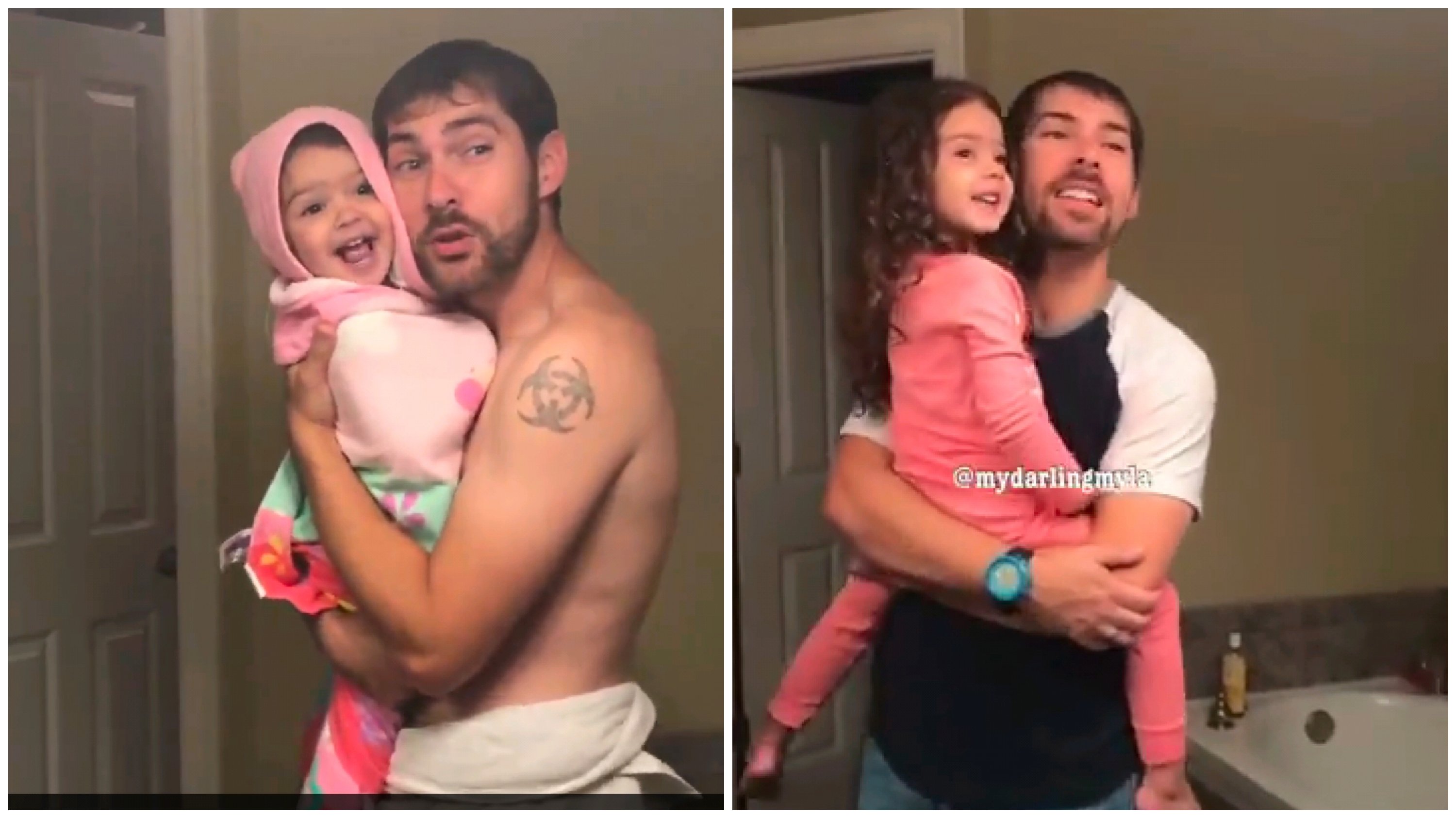 I mean, we’re automatically going to assume that you live under a rock in the sea like Spongebob if you didnt come across one of the cutest father daughter duo lip syncing to Maroon 5 last year. I still see it on my social media at times even today! But just in case you haven’t seen it, embrace yourselves for the cutest video on the internet!

I mean, how cute is that? The expressions of the little Myla, wrapped up in her towel in daddy’s arms, it just melts our heart. As the video went viral last year, Myla and her dad decided to celebrate it by recreating the same video after exactly one year and honestly, we can’t get enough of it either!
https://www.instagram.com/p/B3PrN9GgzZj/?igshid=1jhpqy673mdp0

And when you reach the end, you’ll notice that Myla now has a baby brother Sawyer and its been a crazy journey!

Life has changed in so many crazy ways in just the last year that I wanted to slow down and reflect on what feels like those, “every day little moments” that are actually the big moments. Also, hats off to @maroon5 for continuing to make music we love. It feels like just yesterday, 16 year old me was singing (quite possibly sobbing) to, “She Will be Loved” in my bedroom🤣I love that they’re still killing the music game and my kiddos enjoy it now as well❤️ #madewithmemories

And the internet is just melting with love!

When she hugged him omg pic.twitter.com/G8FWDwb9SK

People shared how thier video actually inspired many to have kids:

Your original video got me pregnant 🤷‍♀️😬

People were living for the sequel:

She’s adorable. Thanks for the sequel!

2 videos and there were tons of requests already!

THIS IS SO CUTE!! LOOK AT HER ALL GROWN UP, TIME FLIES REALLY!
MAYBE A MOM-SON VIDEO NEXT PLEASE❤️

And guys, there’s not just Myla who can lip sync but her little brother Sawyer is really catching up with the lip sync battles too!

It must run in the family because Sawyer started lip syncing yesterday while I was playing this song for Myla! I didn’t realize how much he really pays attention but he’s obviously watched her do it a time or two🤣 Not bad for a 10 month old! (Peep that subtle finger he’s giving🖕🏼)

And Myla has been catching up on some new choruses as well:

When that chorus hits tho🤣 #hymnfortheweekend#drunkonchocolatemilk#highonlife#calmdown#itsjustasong#mylathemasterlipsyncer (Reposting since you guys loved this and the original was taken down. Thanks for letting me know Instafam)

And she’s not just daddy’s princess, but she also has her mother wrapped around her pinky!

Sorry guys, it’s just me this time, no dad in a towel..😆🤷🏽‍♀️#brbgettingmytowel #fridaynightturnup

Don’t they grow up too fast? Let us know in the comments section if you agree!

Faraz Manan – The Name Says It All