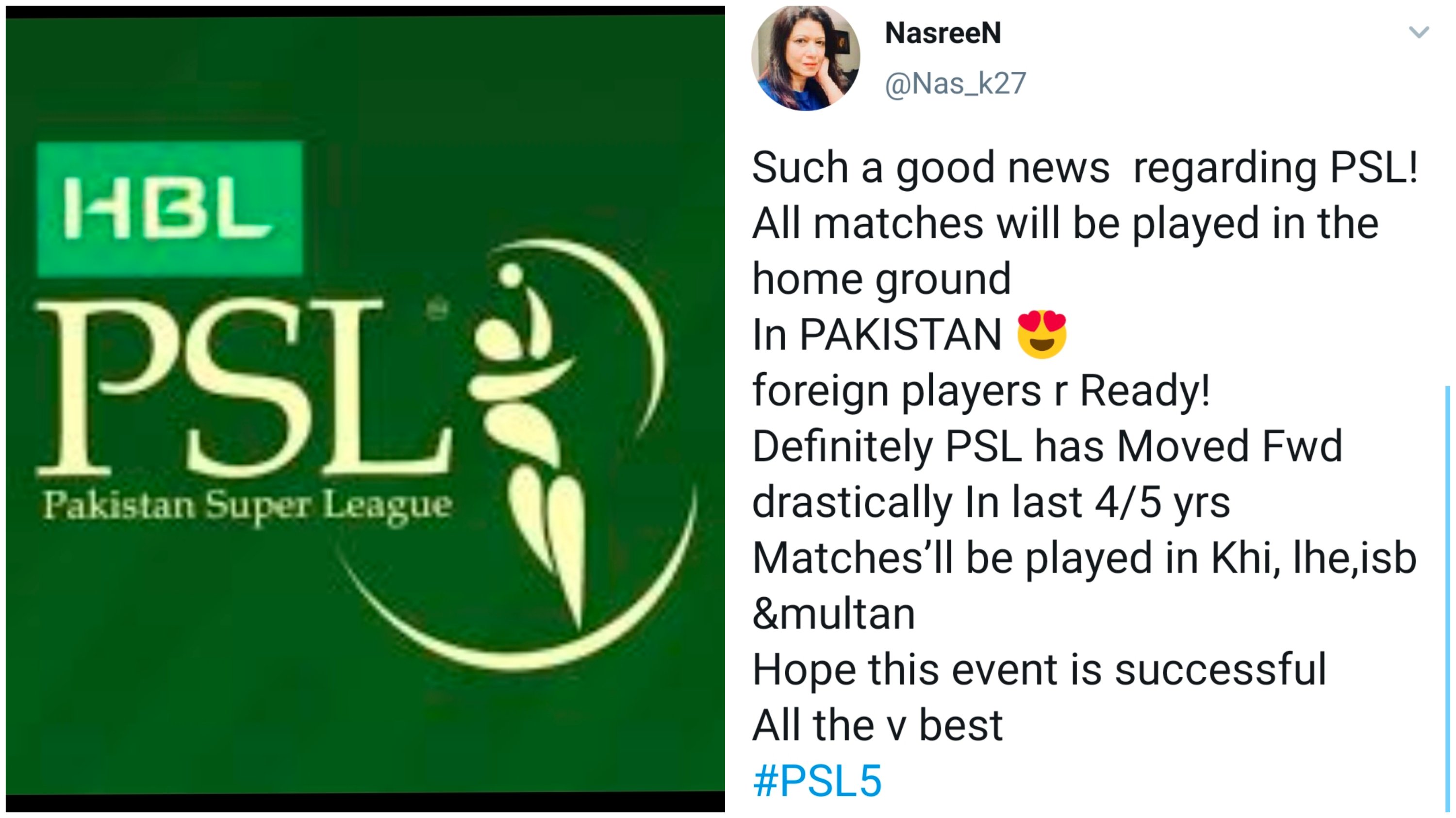 Yesterday the PSL 2020 player drafts were finalized and in Lahore in which the franchises battled out for some of the most exciting names in T20 cricket before its kick off in February next year!

Here’s a lowdown of the finalised squad for each team:

Completed squads for #PSL5 after the conclusion of the #PSLDraft #Cricket pic.twitter.com/vnqWH2iMlv

And the netizens were rooting for their favourite teams!

So my #Captain is Here 😎🎉#PSL5 pic.twitter.com/cEFYCrMtQs

People were ecstatic to find out that all the matches will be played in Pakistan:

Such a good news regarding PSL!
All matches will be played in the home ground
In PAKISTAN 😍
foreign players r Ready!
Definitely PSL has Moved Fwd drastically In last 4/5 yrs
Matches’ll be played in Khi, lhe,isb &multan
Hope this event is successful
All the v best#PSL5

People were also guessing who might be singing the PSL 2020 anthem:

There were a ton of memes!

Now this is epic 😭😂#PSL5 pic.twitter.com/K5L6Mu2ZPP

One of the finest edit u will see on internet today!#cricket #PSL5 pic.twitter.com/0iPPDf4yPY

People were already predicting what is to come:

It will be a bettle between Peshawar, Islamabad and Quetta again for the fifth consecutive time sadly.
Lahore Karachi and Multan look slightly weaker sides#PSL5

Now that is real loyalty:

What is loyalty? They asked
I will be supporting #LahoreQalandars this season as well – I replied😂😂#PSL5

Many had a soft spot for Lahore Qalandars:

Admit it or not, We all want "Lahore Qalanders" to Win the upcoming PSL just for this legend ❤️#PSL2020 pic.twitter.com/kKaRkJETXc

People were also lauding Zainab Abbas for hosting the show a few days after her marriage:

Some were disappointed with the selection:

Too many deserving players left out this year in #PSL2020 draft. On a brighter note at least the whole tournament returns to Pak👌🏼

People were all set to witness their timelines full of PSL banter:

People were also noticing how Sarfaraz had lost weight:

The banter was on already!

Which team will you be rooting for next year? Let us know in the comments below!

Haris Shakeel Brings The Love For Bridals to the Runway with 'Ishq' at HBCW'19!