Pakistan may be a volatile country when it comes to politics, but it has always stood clear on the ideals the ‘game of thrones’ is played on. Be it our culture, religion or identity, everything is already defined for you – and at the forefront of it, all are our politicians who tell you what the ideal looks like and what their fashion choices should be.

So, from the signature Jinnah Cap to the Hermès Birkin bags of Hina Rabbani Khar, here’s how the world of politics shaped the identity of the country’s awaam… 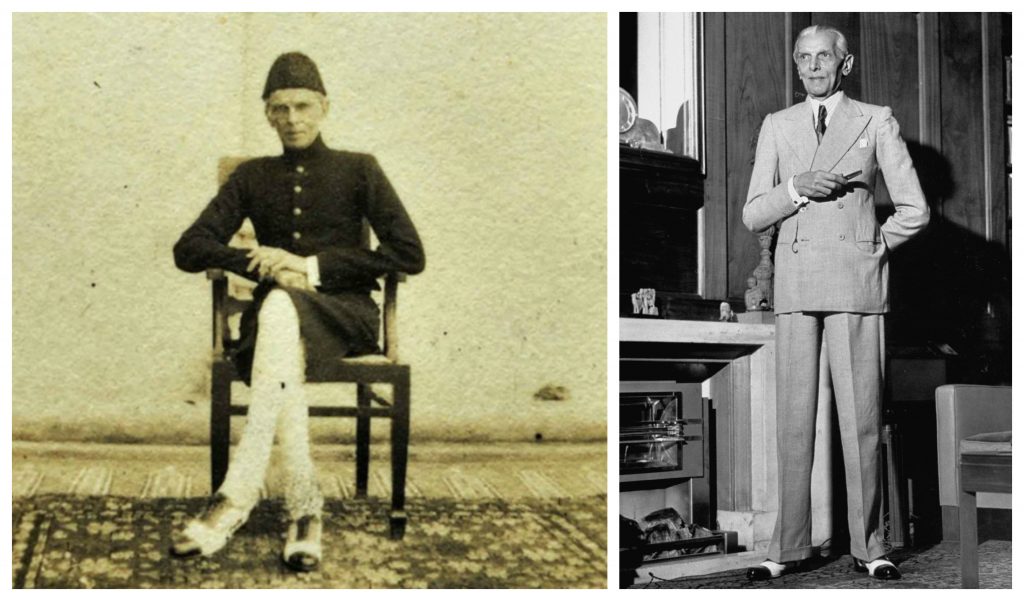 With the dawn of partition becoming a reality inching closer, Muhammad Ali Jinnah was an ideal for millions who looked upon him for guidance. That’s when the British-educated lawyer turned from his close to 200 Saville Row suits to the Sherwani and Mamlukian cap (known to Pakistanis as the Jinnah Cap) which became the identity of the Muslim leaders of Pakistan & India for years to come. 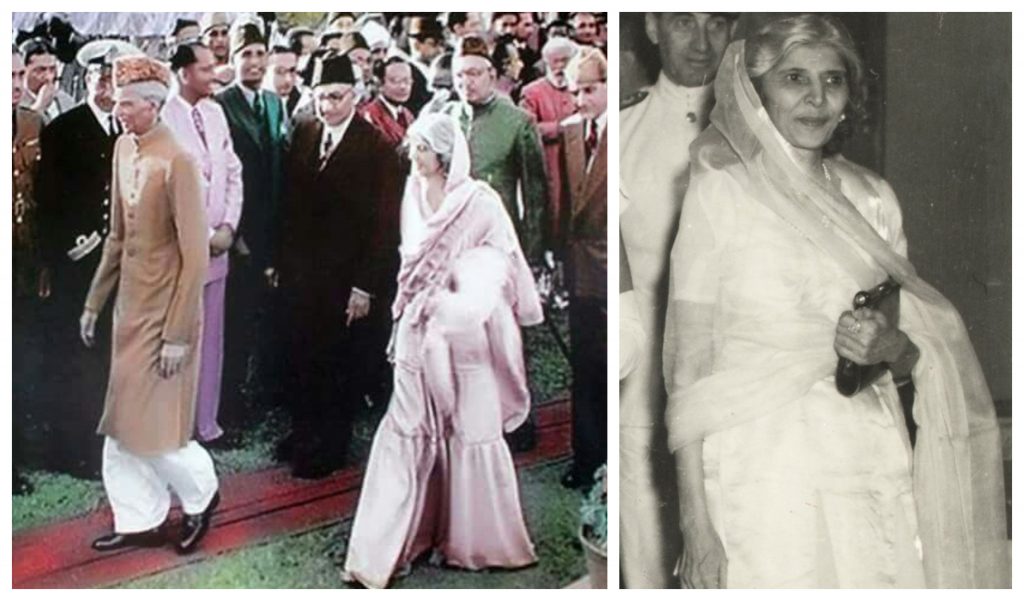 As the sister of the founder of Pakistan, Fatima Jinnah held high importance within the system of power politics in Pakistan, where her clothing became an inspiration for many who migrated to the new land. Her organza dupatta complemented with an iconic gharara was the ensemble that created a cultural identity for those who wanted to assimilate into the concept of Pakistan. 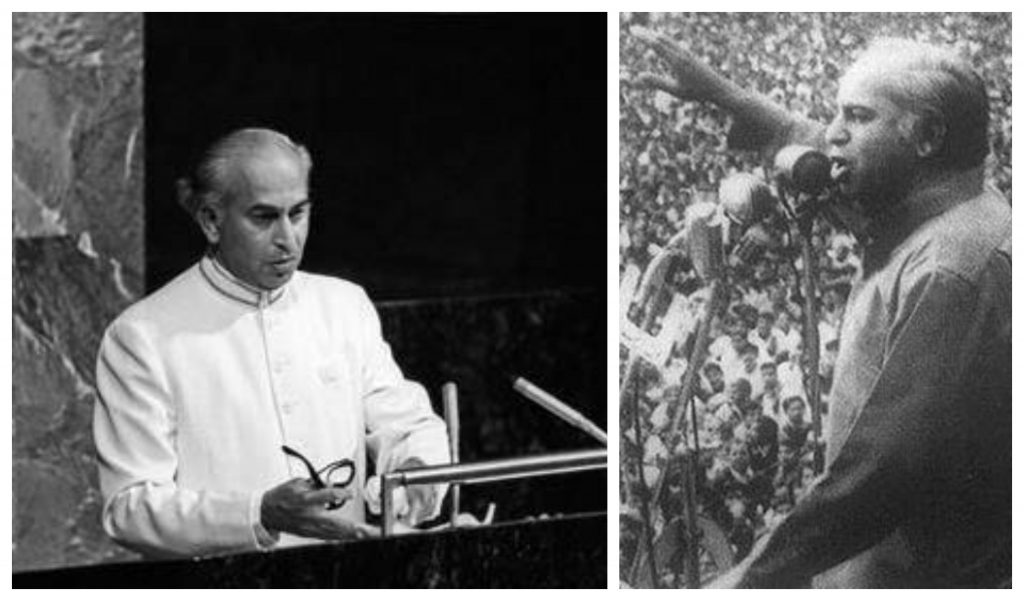 Doing away with the concept of a knee-length Sherwani, the leader of the new Pakistan sans our East satellite, chose to show his socialist roots by mixing the idea of the old with the new. He was the first leader who picked up awaami clothing and made it fashionable with the short-length kameez with open sleeves, which made the common man feel comfortable, as he wore something that the common man would wear. That and his formal outfit of a short-jacket became a major inspiration for many.

Benazir Bhutto – The Daughter of the East from the West 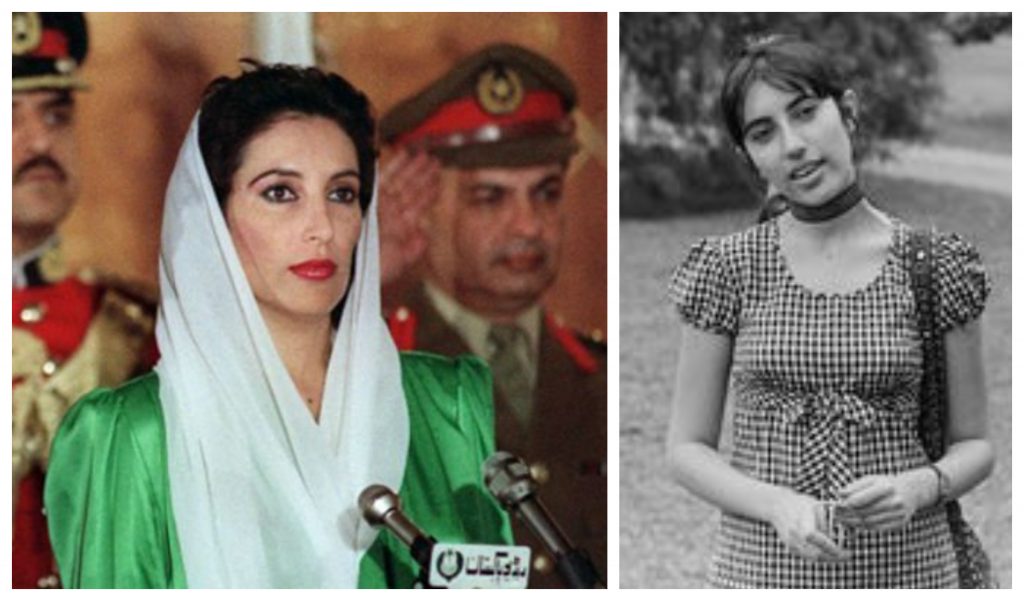 Once the studious daughter of Prime Minister Zulfikar Ali Bhutto studying at Oxford, Benazir Bhutto went from being a young woman enjoying her freedom in her bell-bottomed jeans to the first female head of state of Pakistan. Assimilating into the new identity to a tee, Benazir chose the make it a point to wear Shalwar Kameez with the signature dupatta on her head everywhere she went, including her oath-taking ceremony where she wore an iconic Maheen Khan green and white ensemble. 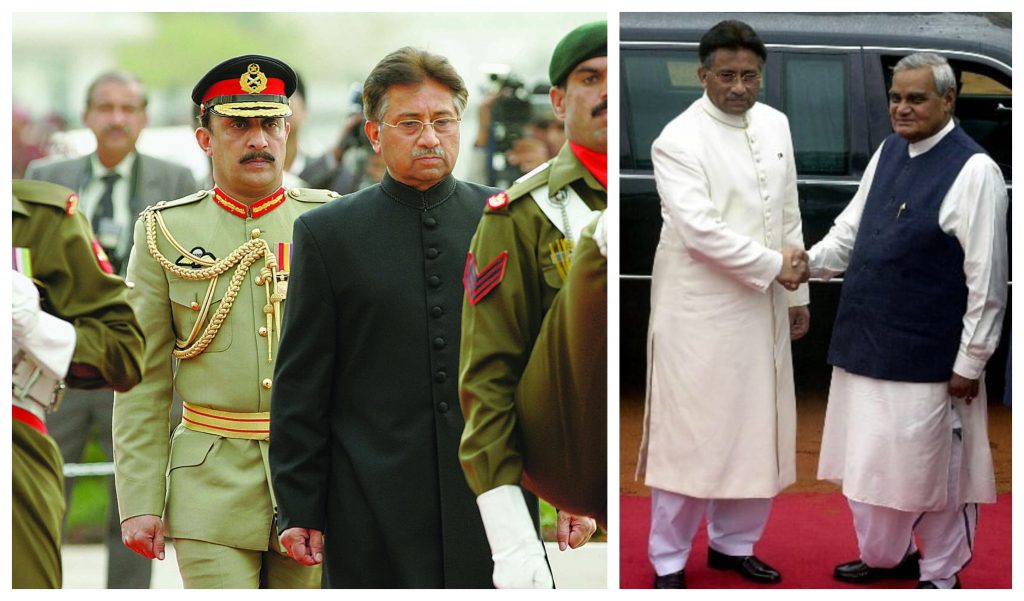 The only Pakistani head-of-state to be included in the list of top ten best-dressed leaders in the world, Pervez Musharraf brought the Sherwani back into style after decades of a lull. Based on the signature Amir Adnan Sherwani Musharraf wore to his trip to India, then Indian Prime Minister, Atal Bihari Vajpayee wanted the same made for him too! 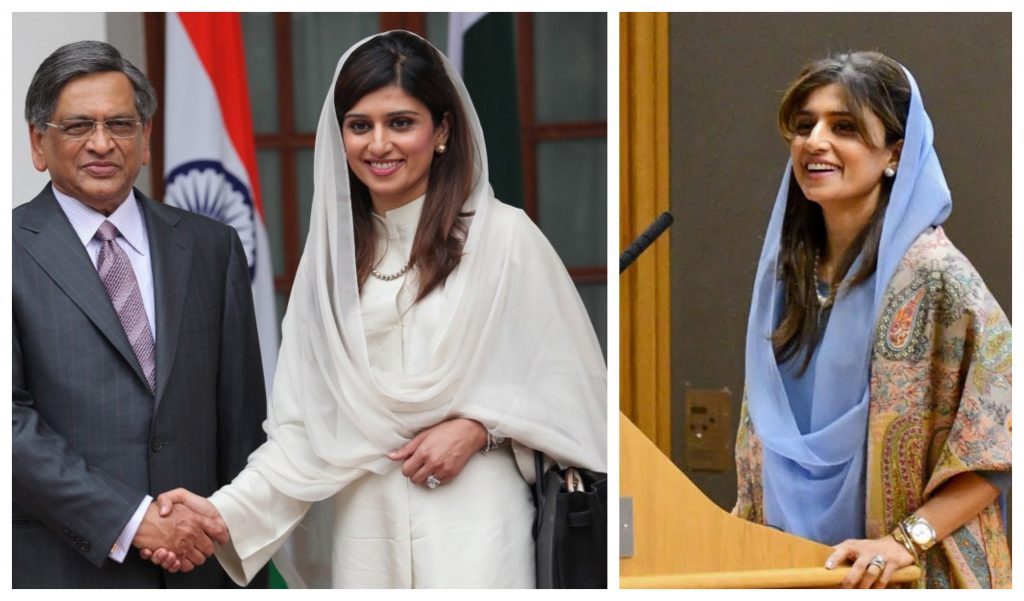 Becoming the youngest ever and the first female foreign minister of Pakistan, Hina Rabbani Khar rose to prominence during the PPP government due to her demure looks and fashion accessories to die for. Adorned in her signature pearls and an Hermès bag in her hand, she became the face of Pakistan’s foreign policy with style! 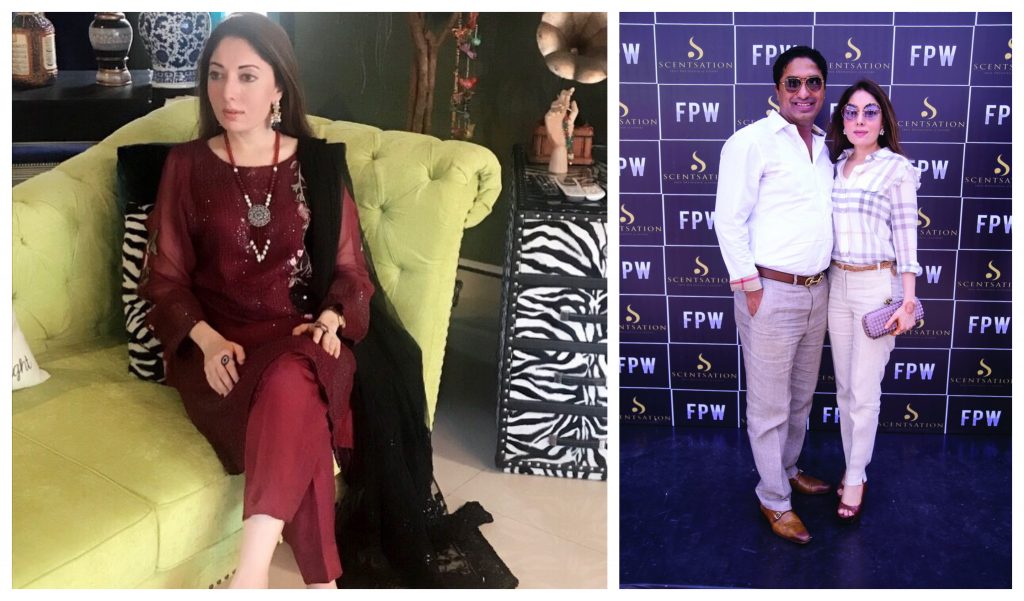 With decades of experience in politics in her repertoire, Sharmila is an influential figure within the PPP. However, what sets her apart from many is her sartorial choices and her obsession with fashion, which makes her a prominent figure at fashion weeks each year along with at all the myriad of high-end exhibits in the country. 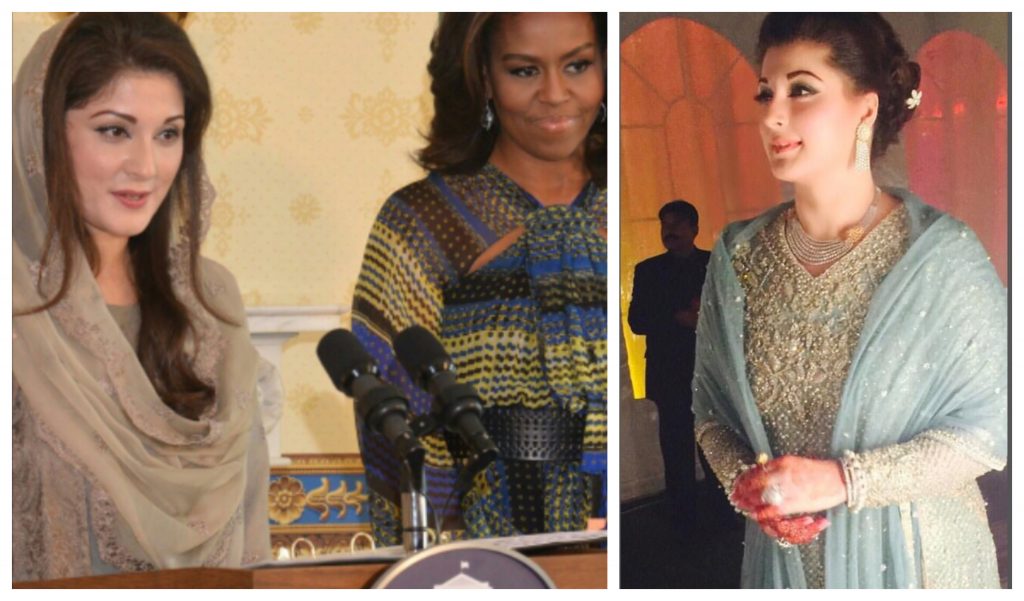 A politician who doesn’t compromise on her fashion choices, Maryam Nawaz is a lover of prominent international and local couture brands, and it shows! From her $28,000 Rolex watch and her Faraz Manan ensembles to her Gucci Slides and Chanel Brooch, she knows how to make it all about her luxury! 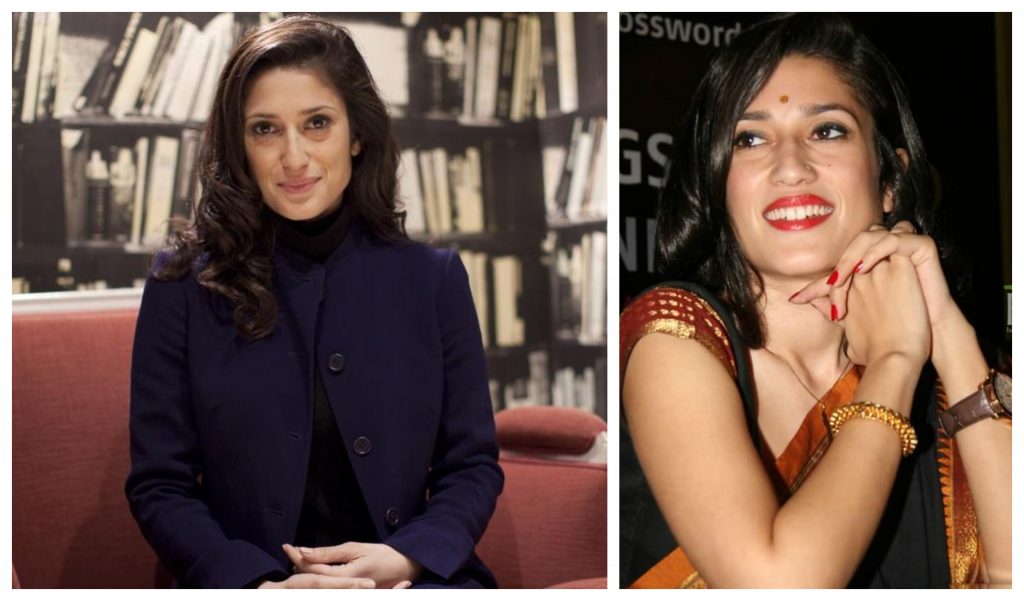 Daughter of the slain Mir Murtaza Bhutto, Fatima Bhutto has remained as iconic in fashion as she’s remained recluse in politics. From her choices of ensembles by The Pinktree Company to her sari’s, she’s a fashionable member of the Bhutto family we can’t help but love! 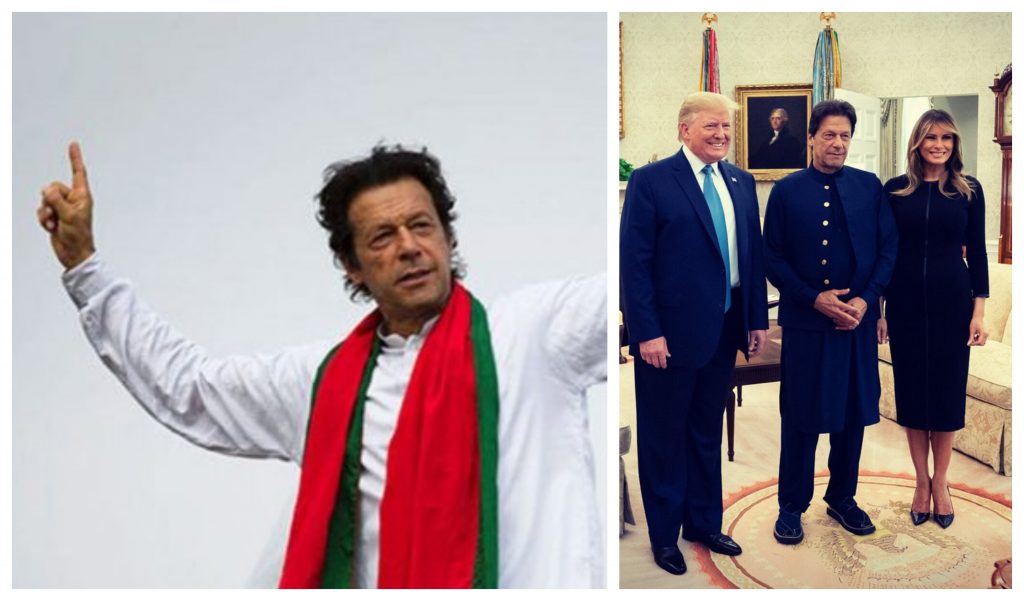 Bringing the concept of awaam back into his ‘Naya’ Pakistan, Imran Khan is the epitome of how Shalwar Kameez and Sherwani has remained the favoured clothing of politicians through history. Not to forget the Peshawari Chappal he has now made famous at The White House too!

Which one is your favourite? Tell us in the comment section below.

Hassan Ali might be the jeeja 2.0 and the internet is living for it